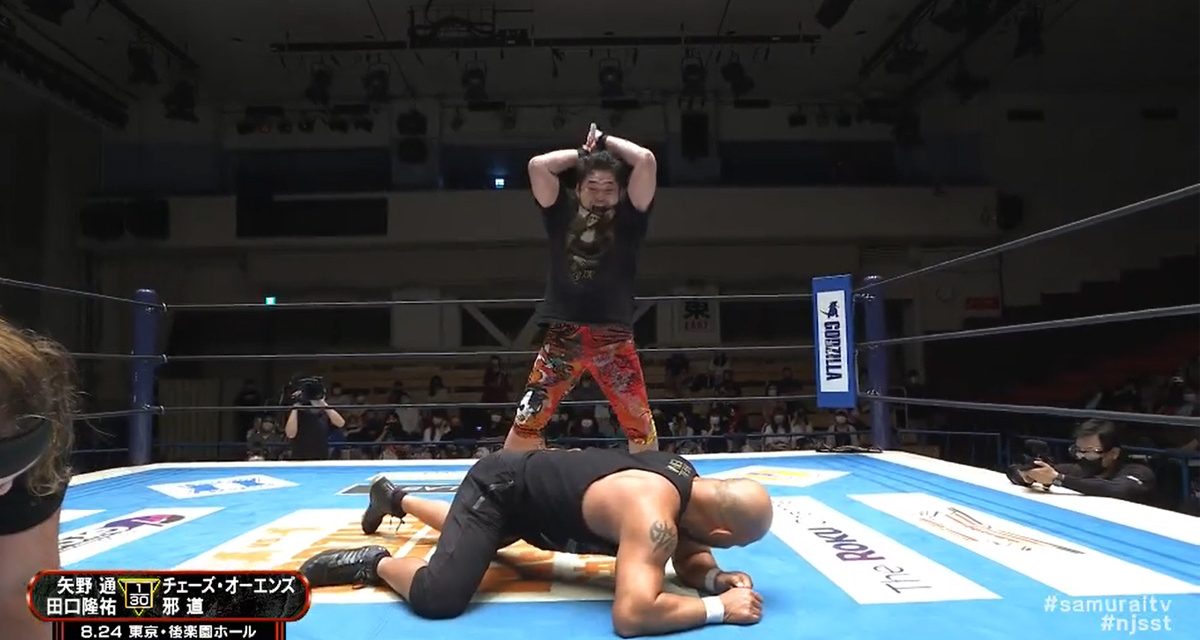 NJPW’s Summer Struggle tour is rolling along with a stop tonight at the world famous Korakuen Hall. Although the main event is what it is, the match between Toru Yano and Ryusuke Taguchi versus Bullet Club (Chase Owens, Jado) ahead of Yano and Owens’ match for the KPOW Championship was by far the best match on the card.

Owens handed ring announcer Kimihiko Ozaki a note to read before the match. Owens was clowning on Yano’s extremely long introduction. The new intro refers to him as a superhero, etc. Taguchi and Yano throw their hands up while complaining to the official. 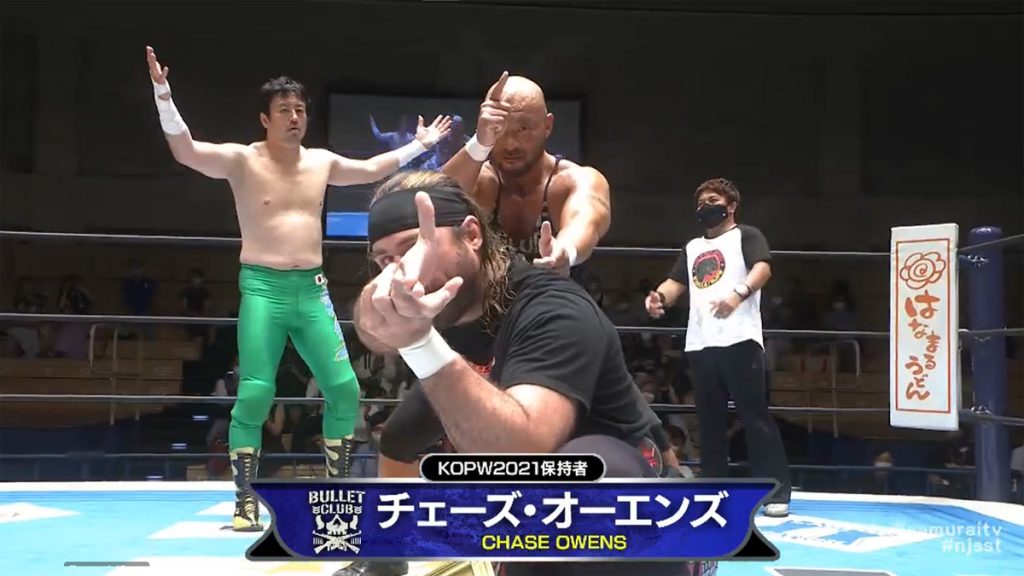 Yano took out his frustration on Owens by whipping him into an exposed turnbuckle. Yano whacked Owens in the head with the steel chair that he always brings to the ring. Owens returned the favour by slinging Yano into a ringside barricade and choking him out with the heel of his boot. Owens slapped on a submission. Jado held a microphone in Yano’s face demanding he submit.

Owens took his strap from under the ring and whipped Yano with it on the floor. Back in the ring, Owens stomped on Yano again demanding that he admit defeat. Yano refused to do so. Taguchi hot-tags in throwing his butt around, literally.

Yano loses his patience. He smashes Owens into the exposed turnbuckle. He grabs the official by his shirt throwing him out of the ring. He attempts to put a set of handcuffs on Owens. Owens rakes his eyes. Owens picks up the handcuffs putting them on Yano. Owens holds Yano open for Jado and his kendo stick. Yano low-blows them both then picks up the kendo stick whacking both Jado and Owens while still wearing the handcuffs. Yano and Taguchi were disqualified.

A decent match by both Young Lions. They battle to a time-limit draw though.

Honma gets laid out with a Koji Cutter and Tiger has to make the save. Wato and Kojima double-team Honma who is finally pinned with a Kojima Lariat. 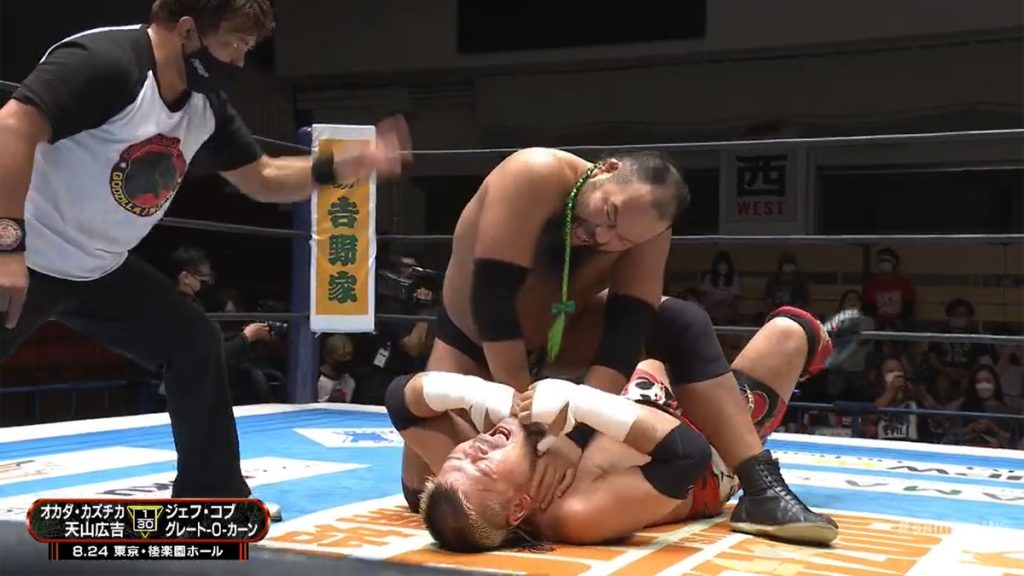 Cobb pins powerhouse Tenzan with a Tour of the Islands.

Goto puts Douki away for the victory. Taichi attacks Goto after the bell. Hashi makes the save leveling both Taichi and Sabre Jr. Goto and Hashi give their Suzuki-gun rivals their tag team finisher and then talk some trash on the mike.