Lady Frost ‘rounds the bases’ on way to NWA Empowerrr 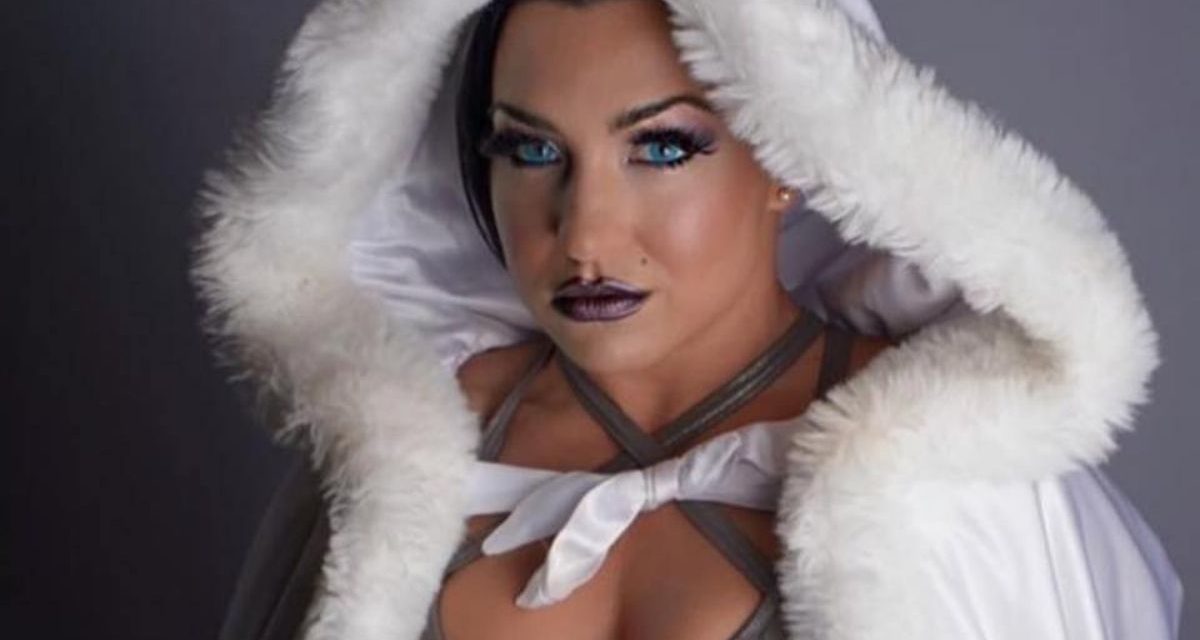 Lady Frost wasn’t “surprised” to hear from the National Wrestling Alliance about being asked to participate in its upcoming all women NWA Empowerrr event at the Chase Park Plaza in St. Louis, on Saturday, August 28th. She was admittedly staggered to receive an event from legend Mickie James herself.

“I was definitely honored,” the wrestler noted from her suburban Pittsburgh home. “I’m blessed that they have the faith in me.”

Lady Frost has officially “rounded the bases” in the first two years of her three-year career. In addition to some NWA tapings earlier this year, she has wrestled for AEW, Impact, Ring of Honor and WWE. Trained by Brandon K in Western Pennsylvania’s RYSE, and later in the Ring of Honor dojo and Mike Quackenbush’s CHIKARA, Lady Frost, born Brittany Rae Steding in Pittsburgh, has been busy, even during a pandemic. Her first professional match was a March 26, 2018, squash where Asuka kicked “Jamie Frost” in the head for a quick victory.

It’s been off to the races ever since for Lady Frost. She and real-life husband, wrestler “The Savage Gentleman” Victor Benjamin now travel the highways and byways together. 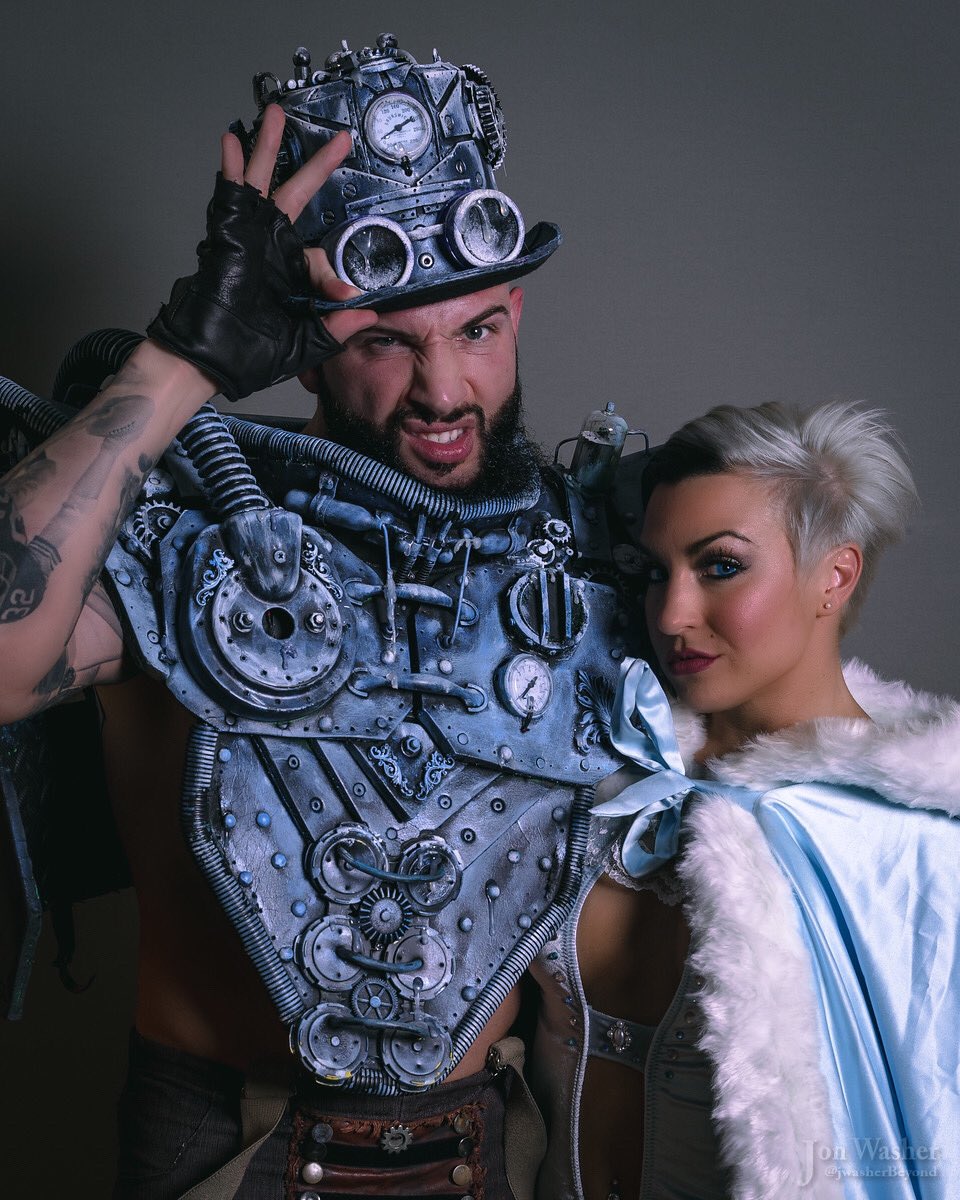 Notably, Frost is also the granddaughter of northeast wrestling star Tony Silipini—known most famously as “Battman” and Tony Marino—who passed away earlier this year at the age of 90. She says she wasn’t close to him for many years, but she remembers working out with him when she was just starting out as an athlete and dancer. On Twitter, Frost dedicated her upcoming pay-per-view appearance to him.

Earlier this year, Frost had her first weekend of TV tapings with NWA. “I got an email out of nowhere,” she said. “I never thought I they would think of me.”

Initially, she believed that her years of graceful dancing and “flipping” gymnastics—which is often on display in her matches—would clash with the traditional way NWA matches are presented, but she “showed up and it went well.”

She lost all three contests, to Taryn Terrell, Jennacide and Kenzie Paige; however, Frost wrestled at least some of those matches with a broken hand. “I showed it to Jazz and she was taken aback,” said Frost with a chuckle.

Frost taped the matches, and continued to have conversations with matchmakers and hoped to be back. She continues to work as a physical trainer in Pittsburgh, and take as many other bookings as possible. Recently, Frost unsuccessfully challenged Deonna Purrazzo for the Impact Women’s Championship.

Currently, Frost is the Hurricane Pro Wrestling Women’s Champion in Beaumont, Texas. She says a recent title defense against Heather Monroe has been her favorite fight so far. “It was a ‘best-of-three’ and we were able to do so much,” she said. “We were able to use a lot of weird weapons.” An Instagram photo shows a fallen Monroe face-first in the ring full of Legos and a trio of chairs. “There were crazy spots. People were vested. It was out of tradition for me.”

Prior to the NWA Empowerrr event, which is being organized by Mickie James, Frost and Benjamin (known collectively as #PrettyProper) will travel to Anchorage, Alaska, for matches. Then it will be time to gear up for the Gauntlet Match. Some outlets report that Frost will be the first of the Women in the 10-woman battle. Frost isn’t sure that’s the case. “That’s a lot of TV time,” she joked. “And a lot of work. There’s a lot of risk and reward. There are nine other competitors that can ‘go.’” Right now, the advertised nine other women are Tootie Lynn, Jamie Senegal, Chelsea Green, Debbie Malenko, Bianca Carelli, Jennacide, Masha Slamovich and Thunder Kitty.

The winner of the tournament will earn a World Women’s Championship match at the NWA 73rd Anniversary Show the very next evening. The current NWA Women’s champion is Kamille, but she will defend “The Burke” against Leyla Hirsch on the same Empowerrr card. Only 31 women have held the NWA Women’s title since Mildred Burke first held the belt in 1935. Lady Frost realizes that weight of that history and where she is in the wrestling business today.

If Lady Frost were to win the NWA Women’s title, chances are she and AEW and Western Pennsylvania product Britt Baker, DMD, could both bring championship gold back to Pittsburgh.