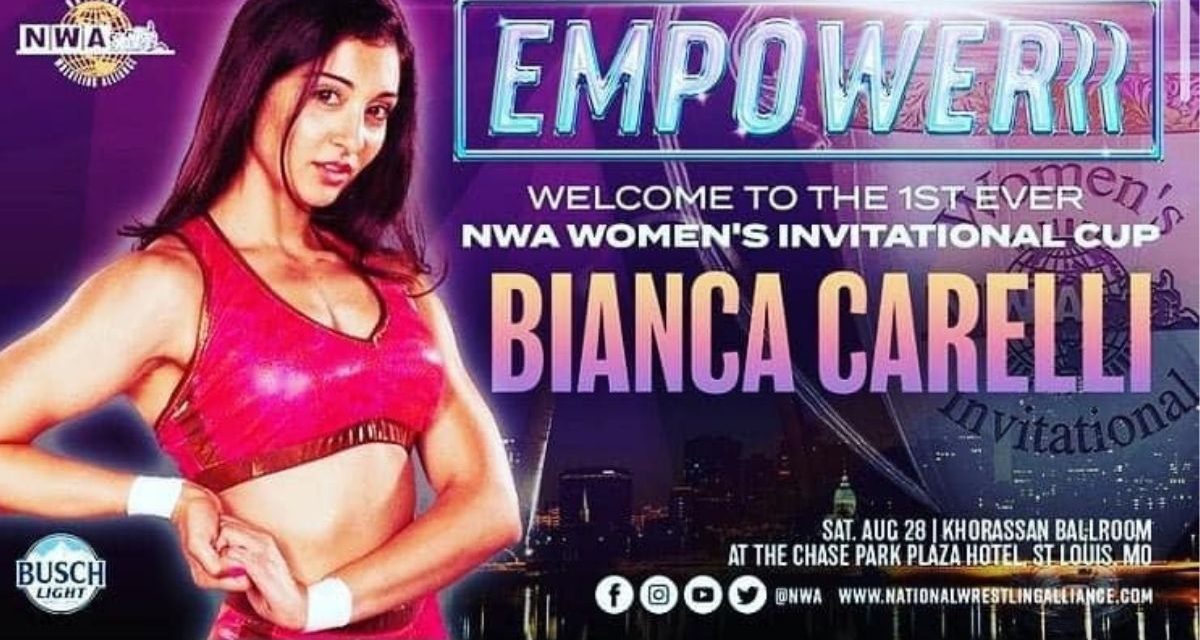 They say that good things come to those who wait. Toronto native Bianca Carelli not only has wrestling in her blood, but is extremely passionate about the sport. She is finally getting her chance to show the world what she can do on a big stage.

Carelli has been added to the NWA’s Empowerrr pay-per-view that is set to take place in St. Louis, Missouri, on Saturday, August 28th. The NWA Women’s Invitational Cup is part of the Empowerrr card, and the winner goes on to challenge for the NWA Women’s World Championship at the NWA 73 pay-per-view the very next night.

“I was so excited when I got the call,” Carelli told SlamWrestling.net in a phone interview. She had just finished school, where she earned a Bachelor’s Degree in Biological and Biomedical Sciences from Western University. This call just added more excitement to her life. “School is done, the world is opening back up and boom, here’s a huge opportunity.”

Throughout the pandemic, Carelli has had to find new and creative ways to stay fit. That, like many, included investing in some resistance bands. “I worked out every day, but I had to do a lot of research on what I could do with the equipment that I was limited to.” Luckily for her, both of her parents have a home gym, which was convenient.

What she couldn’t do, however, was spend some time in the squared circle. “It was almost close to a year that I hadn’t been in the ring,” she said. The first time Carelli got back into the ring since the pandemic began was July 2021. Although it may seem as easy as riding a bike, she still had to shake off the cobwebs. “I still had some ring rust because I hadn’t been in the ring for a while, but thankfully we were able to resume classes and practice.”

So, how exactly do you keep up and improve your in-ring skills with no ring? Do it the old fashioned way. “I watched tapes and old matches of different eras of wrestling. I would write notes on my phone of move combinations that I would like to try out.” As soon as Carelli was able to have access to a ring, she went straight to work.

The NWA pay-per-view is not the only thing she has on the go right now. Right before the drive to Missouri, Carelli will be stepping on stage. “I have a pageant coming up next week called the Canada Galaxy Pageant.” As much as it may sound different from wrestling, she managed to bridge the two without even knowing it. “It’s funny because in my bio for the pageant I actually specifically say that my mission is to help women empower themselves,” she explained, “I talk about how it’s good to have diversity and other interests and that is empowering in of itself.” 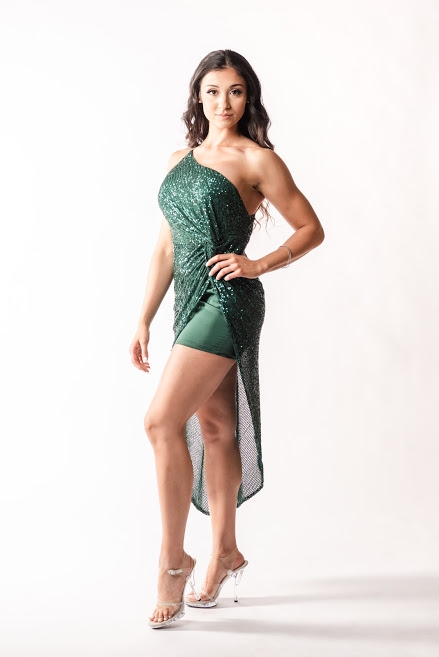 One of Bianca Carelli’s photographs in the Miss Galaxy Peel 2021 contest.

The young wrestler is also making some big changes in her life. She is packing up and moving to Orlando to continue to pursue her wrestling dreams. “I want to go to D-von Dudley’s school and I’m going to train there for a little bit.” Dudley has had his school in Central Florida for well over 13 years, and over a dozen of his students have signed with major wrestling promotions all around the world.

If that wasn’t enough excitement, Carelli has also a new baby sister. Her father, former WWE superstar Santino Marella, has a brand new daughter, Milena, with his wife, Anna. Bianca said she hopes that she can be a good role model for all of her much younger brother and sister. She sees possibilities with Milena, 26 years her junior,  already. “I’m excited for her to see me on TV, just like how I got to watch my dad when I was younger. Who knows, maybe one of my younger siblings will follow suit!”

Catch NWA’s Empowerrr pay-per-view on Saturday, August 28th through the FITE TV app and a few tickets to the show are still available on TicketMaster. The next night is the NWA 73rd pay-per-view.