NWA 73: A prediction on the upcoming Race to The Chase 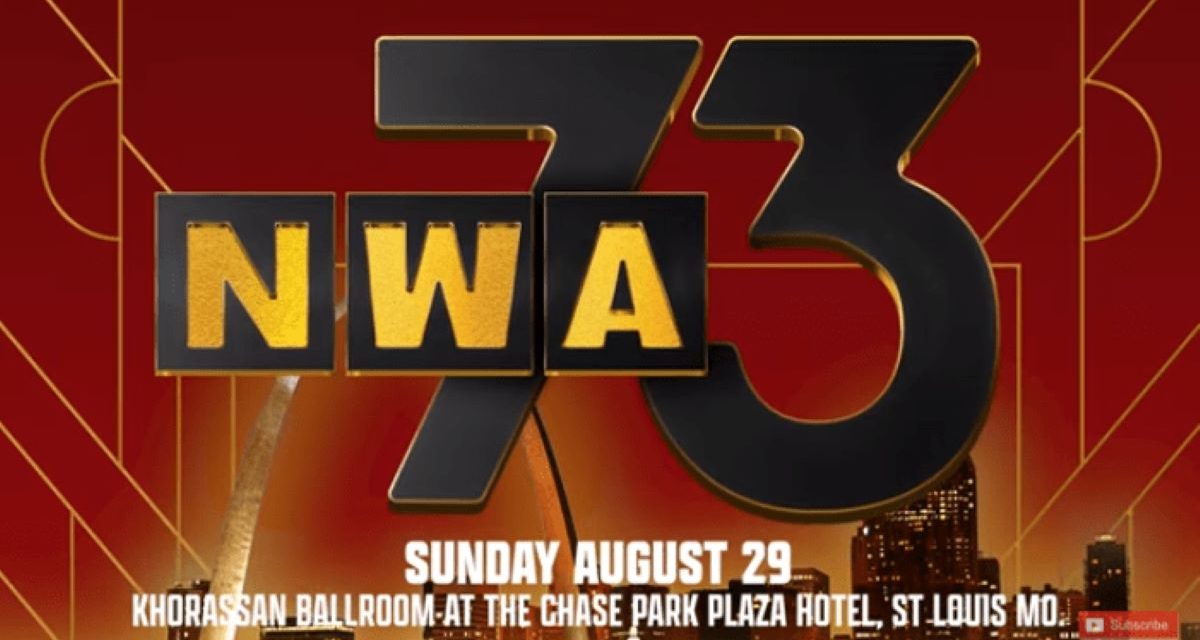 The upcoming PPV’s by the National Wrestling Alliance is proof positive that this is everyone’s chance to not only view, but also wrestle with, history in the making.  This double PPV shows that it is a nod to past, wrestling in the historic Chase Park Plaza Hotel in St. Louis, MO, for the first time in over thirty-seven years, and gives a glance into what the future holds, with the EMPOWERRR Women’s PPV.

With a lot to cover, and upcoming interviews with the talent of the modern day NWA in the days ahead, some of you are wondering what to expect and if it’s worth plunking down your hard-earned dollars on Fite.TV.  We’ll step Into The Fire and cover some of the announced matches to expect on the NWA 73 PPV card.  Next Week, we’ll delve into EMPOWERRR.  But let’s talk about the big Matches, such as… 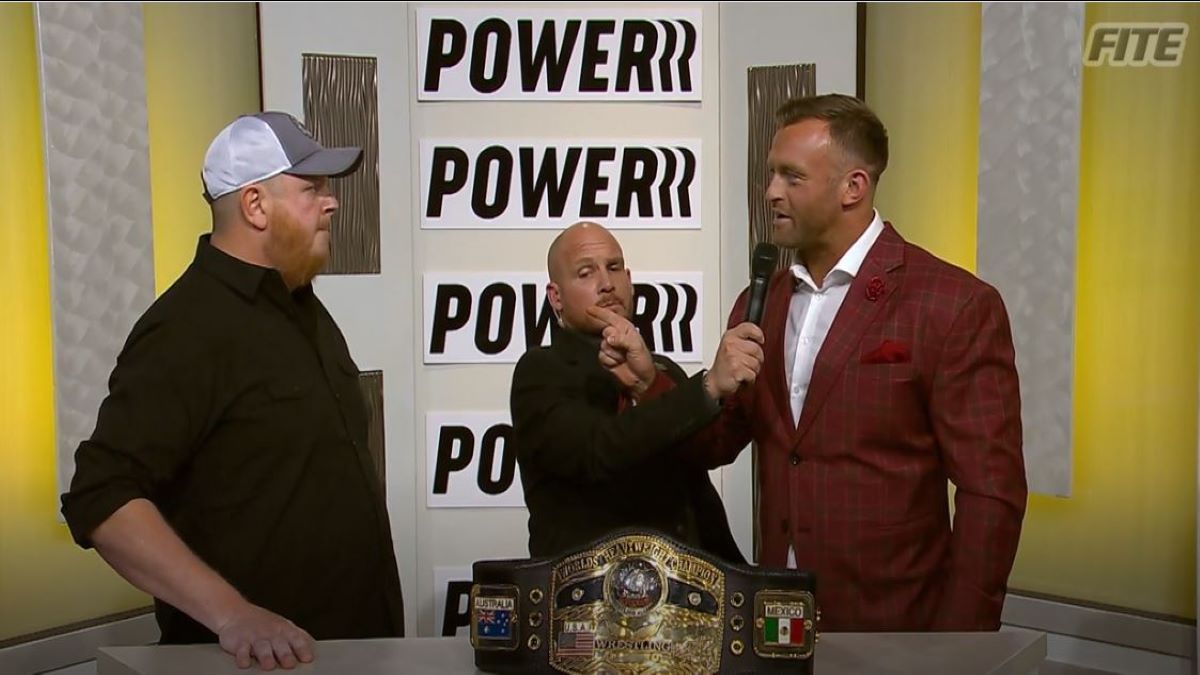 The Story So Far:  Aldis and Murdoch, both students of the late, great Harley Race are getting ready to face each other for the vaunted Ten Pounds of Gold that Aldis holds.  Aldis is 1000+ days reigning as the champ (and for those of you wonks that say he didn’t defend the belt enough during COVID…please know, your comments are not welcome).  Murdoch, on the other hand, has come a long, long way since being part of the Tag Team champs with the WWE and has emerged as something of a latter day American Dream.  At When Our Shadows Fall, Murdoch had Aldis in a submission hold and almost won, but funny business instigated by Thom Latimer of Aldis’ Strictly Business stable ensured that Aldis still reigned on top.

Since then, Murdoch was part of Team Pope/Velvet Sky during The Champions Series and his team won a chance to vie for any title shot, and Murdoch cashed in immediately for one more shot at Sweet Charlotte.

On the Race to The Chase how, Murdoch added the stipulation that if he cannot beat Aldis for Sweet Charlotte, then his career with wrestling, let alone the NWA, is done.  Add to the fact that this is in Murdoch’s backyard and facing Aldis in the same arena his mentor Harley Race fought in and earned multiple championships in his lifetime

The Prediction:  Expect tomfoolery, shenanigans, and outright skullduggery when Aldis is on hand, and as he is The Dealer, he will have an ace or two up his sleeve, especially if his Strictly Business mates are lurking about.  But Murdoch had waited too long for this moment, and even with the added pressure of his career on the line, it looks like the deck is stack.  But the home court advantage will be enough for the Fredericktown, MO native to finally secure the win over Aldis and take 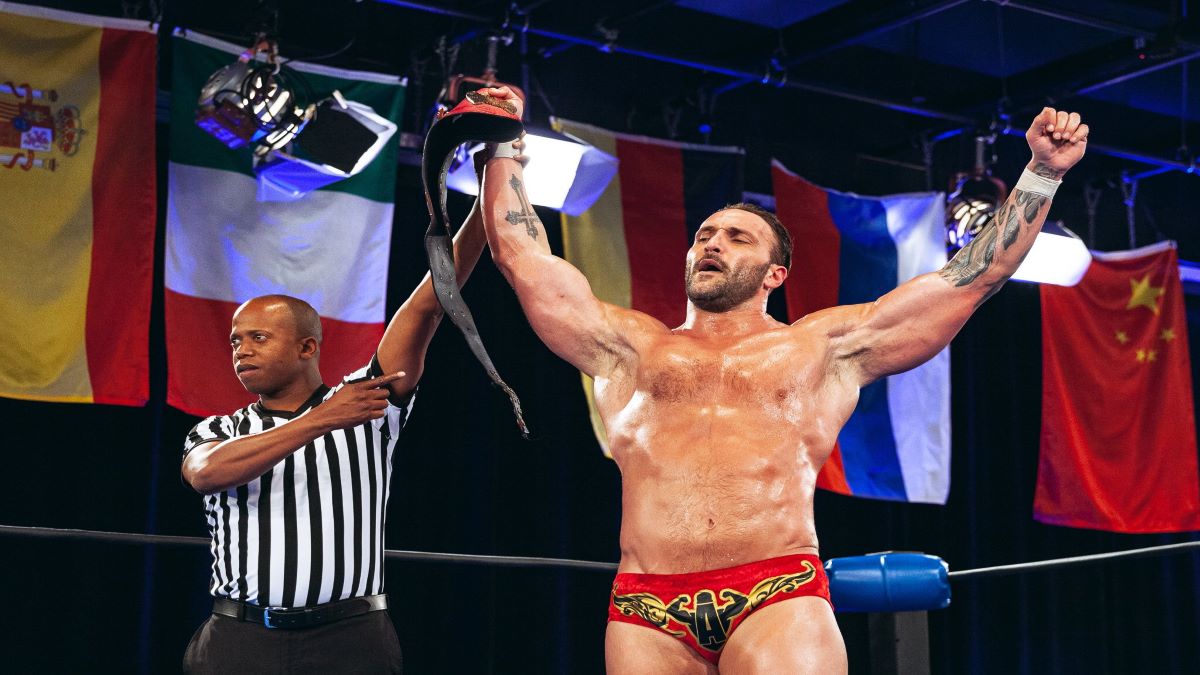 The Story So Far:  Since beating Murdoch for the National Strap, Adonis is showing the same dominance that Aldis has shown as well.  Even after vacating the title to participate in a 14 man battle royale, and then regaining it back in a well fought matchup in the finals with JTG, Adonis is a Masterpiece in and out of the ring.  So there’s really no one that can take the strap from him at this point, right?

Well, Adonis…Sorry about your damn luck!

The “Cowboy” James Storm returns back to the NWA to face Adonis, and if anyone know about carry gold in the NWA, it’s the Last Call Outlaw, so Adonis has his work cut out for him that night.

The Prediction:  This is the first time since the UWN Prime Time PPV’s that we’ve seen Storm in the NWA, and how long he’s sticking around is a horse of a different color.  Maybe long enough to drink the Busch beer, which is the sponsor for this PPV, but that is a speculation for another day. But as for beating Adonis like a red-headed stepchild, I will enjoy watching it just long enough until Adonis does something underhanded to take the “Cowboy” off his offense and slap on the Masterlock for the win.

The Story So Far:  During the aforementioned UWN PrimeTime Live shows (seriously, read up on them), then-Tag Champs James Storm and Eli Drake were beaten by a then-heelish Aron Stevens who brought in the mercenary Kratos to get the win and the belts.  This was done under the premise his “sensei” The Question Mark” was going to be his tag partner.

Little did we know behind the scene, the real Question Mark aka Joseph Hudson had passed away.  When the NWA started back up with their PPV, Back for the Attack, it was a different Aron Stevens that appeared; one that was emotionally wrought losing his friend, and gone was the heelish persona that defined Stevens’ career for many years. This has added some contention to his tag partner Kratos, but despite their differences, they do keep retaining the belt against all tag comers.

Since coming into the NWA from the Tijuana-based The Crash promotion, Bestia and MechaWolf have shown a more high-flying lucha style and tag chemistry, and they are hungry for the tag belts.  MechaWolf had challenged the tag champs outright, and this may be the match that will test the unity of Stevens and Kratos

The Prediction:  As entertaining as it has been with Stevens and Kratos as a team, La Rebelión will prove to be the proverbial straw that breaks the camel’s back, and take the titles away.  This will leave Stevens free for more singles action (assuming he’ll still be with the NWA), and could lead for a more interesting feud with Kratos.

The Story So Far:  After getting unceremoniously future endeavored by the WWE, and being tossed out with the trash (Literally.  Her stuff was send in a trash bag), Mickie James has becoming something more than what was offered in her time in McMahon-Ville:  She is a boss.  With the blessing of William Patrick Corgan, James is executive producing the first ever Women’s PPV for the NWA.  Social media has been exploding with the talent coming through, and she’s even gone back to her stomping grounds at IMPACT and convinced the Virtuosa Deonna Purrazzo to join the fun.

As for her wrestling “Smiley” Kylie?  Hey, if you had to wear bunch of different hats producing/planning a history-making PPV, you’d want to break out and have some fun, too.

The Prediction:  This is a pick-‘em for me, but I’m gonna say that James will go “Hardcore Country” over Kylie Rae in this one.

Kamille vs The Winner of the EMPOWERRR Women’s Invitational

The Story So Far:  Kamille is the new towering force of the NWA Women’s division, and there are few that can stand toe-to-toe with “The Brickhouse” As the holder of the NWA Women’s Title, aka “The Burke”, wresting it from Serena Deeb, Kamille has yet to be tested.  Only Thunder Rosa has been able to step the plate in a couple of classic matches, but alas…Rosa is All Elite this days.

Which is where Kamille was a few nights ago as she went in the ring of AEW and held the Burke high aloft her challenger, Leyla Hirsch.  While the 5’10” Kamille is imposing against the 4’11” Hirsch, the might Muscovite has enough fire in her to stand tall.

As for the Invitational, whoever wins will face the winner of Women’s championship.

The Prediction:  I think Hirsch would blend in better in the NWA than she has in AEW, and she will definitely be in a better position to showcase her grappling skills.  Alas, though, this not her time to win the Burke, and Kamille will spear her clear out of the ring.  As for the winner of the invitational?  Heh, good luck.

The Story So Far:  Yeah, I don’t have any answers for why this one was put together.  I was scratching my head as to what a “Brawl in the Lou” meant, until I saw online that it’s a fancy term for a hardcore match.  So…there’s that.

The Prediction:  At this point, I don’t see any reason for Storm to be in this type of match, let alone getting the win.  Not a knock on him…it’s just that this match doesn’t seem to offer any high stakes.  Plus, he’s proving to be better behind the commentator desk with Joe Galli and Velvet Sky these days.

Latimer and Crimson, though, have all the potential to make this a sprawling, brawling fanfare.  I think Crimson of late is showing a darker side that worries even his War King tag partner, Jax Dane, and that’s saying something.  I think it’s Crimson that gets the win in this one.

The Story So Far:  Da Pope has been, since winning the NWA Television strap from Zickey Dice, the longest reigning champ.  With six successful title defenses, Pope was on his way to Lucky Seven to challenge for the Ten Pounds of Gold, but The Great American Smash Tyrus, with assistance from his manager Austin Idol, put the kibosh on those dreams to win the title.  As for this match…eh, call it good old fashioned revenge.  Parrow and OdinSon both have scores to settle with Tyrus/Idol, just like Pope.  As for new Idolmania member Clearwater and The Masked Man (heretofore known as The Son of The Question Mark) in the big man’s corner, expect a rumble.

The Prediction:  Could be a sleeper match, and you can bet, daddy, that Da Pope ain’t done with Tyrus and Idol.  Expect Pope to get the duke, and The End will lay waste afterwards.

The Story So Far:  Hey, this is open to anyone, and I mean anyone.  Some front runners to enter are Fred Rosser and JTG.  Possible Sal Rinauro and Colby Corino will be in the mix, but they seem intent on killing each other than earning gold.  Others like Jeremiah Plunkett can figure into the mix, and don’t forget about Jax Dane and Slice Boogie.  Any other surprises, I can’t wait to see.

The Prediction:  Until they announce the contenders, I’ll say JTG and say that Tha God is Good…All The Time.

Come back for more predictions for EMPOWERRR and a metric ton o’ interviews from the talent of the NWA in the days ahead as everyone races to The Chase.