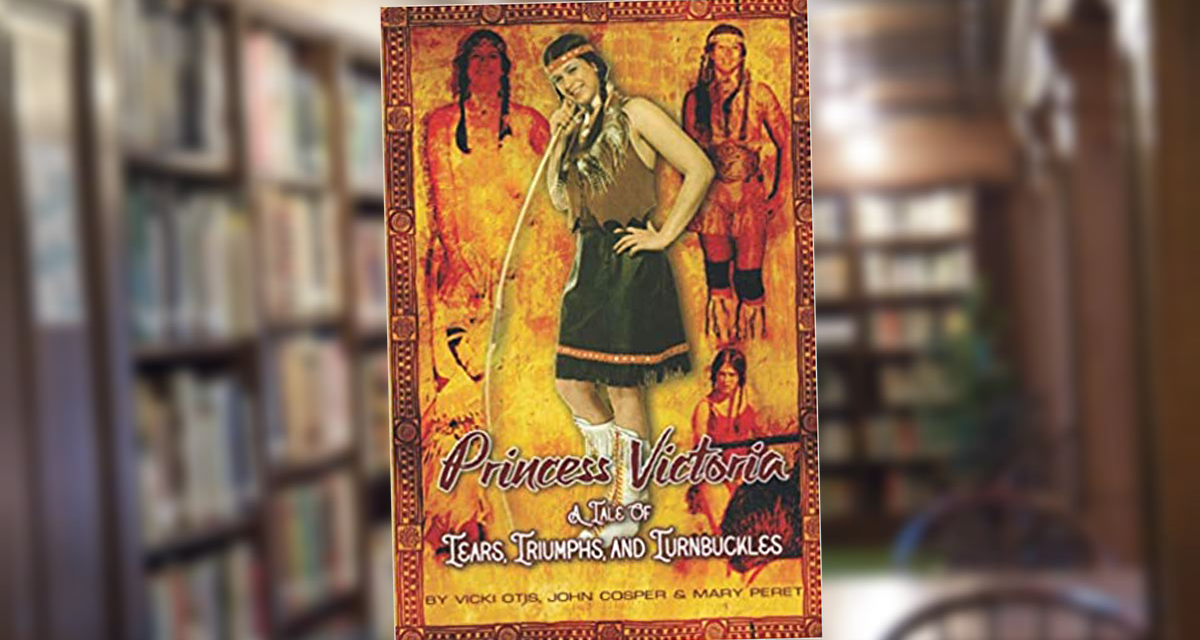 I have read a lot of books about or by professional wrestlers. Some good and some bad. And some that leave you saying, ‘What the f%$&?’  The title of Princess Victoria’s (Vicki Otis) autobiography, Princess Victoria: A Tale of Tears, Triumphs, and Turnbuckles, is very accurate. It will make you cry and smile. And from the first page you are cheering for her to succeed. The book is written by Otis, John Cosper and Mary Peret (Otis’ sister) and is out now from Eat Sleep Wrestle.

Vicki Otis aka Princess Victoria. All photos courtesy of Otis.

In almost all of the books I’ve read, the featured wrestler grew up poor and had to achieve despite what life threw at them. It is absolutely heartbreaking what Otis had to endure as a very small child as a victim of sexual abuse, when she should have been playing with dolls. With a sexual predator for a stepfather and a mother who just didn’t care, Otis and her siblings endure untold horrors. Despite all these horrible years, Otis is able to escape as a teenager, live on her own and find her way to wrestler, promoter and trainer Sandy Barr in Portland, Oregon. There Otis would train to become a professional wrestler alongside her frequent opponent/tag team partner Velvet McIntyre.

Otis succeeded in wrestling, but unfortunately to make it as a lady wrestler in the 1980s she and McIntyre would eventually have to fall under the control of controversial wrestler/promoter, the Fabulous Moolah. Moolah would help Otis achieve international fame while at the same time controlled her bookings, earnings and where she lived and trained.

On a more positive note, Otis shares with readers all her fun road stories and details every bit of her all too short career. (During a match on  September 1, 1984, Otis broke her neck and never wrestled again.) Over the years guys like Terry “Magnum TA” Allen, Roddy Piper, Buddy Rose, Bret Hart and “Moondog” Moretti would play pivotal roles in her career and life.  From the rings of the Pacific Northwest to Madison Square Garden to winning a men’s battle royal to winning the women’s world tag team championships with McIntrye, Otis packed a lot of miles and milestones into her career. The locker room pranks, the post show parties and life on the road are well covered in this book.

One thing is certain — be it her traumatic childhood or those guys and girls she shared a locker room or ring with, Otis does not pull her punches on how she feels about someone. She gives an honest view, be it good or bad, about everyone she has crossed paths with in her career. Especially when it comes to how she was treated after breaking her neck in the ring and how her career came to a halt because of it.  But post wrestling, Otis remained a fighter, overcame bad relationships as an adult and ultimately found happiness. It’s truly inspiring how she helped other young women starting in the business including Nyla Rose who wrote a heartfelt foreword for this book. Also touching is the account of Otis meeting her sister, Peret, whom she never knew until later in life and the incredible bond the two have formed since. “Mary was given up for adoption as an infant,” clarified Cosper. “She was adopted into a good family and never experienced the abuse Vicki and her brothers did. They met later in life when Mary went searching for her birth parents. Vicki now lives with her, and they are best friends.” As I said, Otis certainly has had a lot of ups and downs in life, yet she somehow manages to end up standing strong and tall. 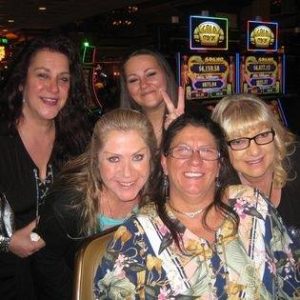 I had the opportunity to speak with Cosper about his involvement in writing this book. Cosper said that Otis and Peret had already written the first few chapters regarding the horrific sexual abuse Otis and her two brothers endured. This section of the book proved to be a work in progress over several years. He revealed that there were more in-depth wrestling stories that could have been told, but that this was the story Otis wanted to tell. Cosper also pointed out that in addition to Otis, pro wrestlers Don Muraco, Moretti, Leilani Kai, Allen, Raven Lake and many others were interviewed for the book. Cosper applauded Otis’ honesty about her childhood, a bad first marriage and her dealings with Moolah. And just a note to readers, Cosper previously wrote a book on Elvira Snodgrass so he is a de facto expert of ladies’ wrestling, and the perfect choice to help Otis tell her story.

So in conclusion, Tears, Triumphs and Turnbuckles is an excellent read. If you are a fan of Otis, it not only gives you a good chronicle of her short wrestling career, with all its ups and downs, championships and injuries, but more importantly Otis tells her story of child sexual abuse in graphic detail. Stories like Otis’ are not very often told. It is so important to get these stories out into the public so that other victims will tell their stories and hopefully those monsters who commit these crimes are stopped earlier and put away before they can do more harm. This was a story that had to be told, and while it may be hard for some to read, unless more people come out and tell their stories, nothing will change. 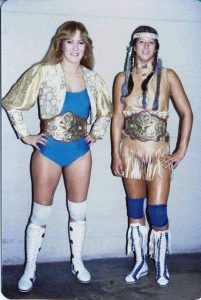