The evolution of ’80s British Wrestling: From Saturday matinee star to town pariah 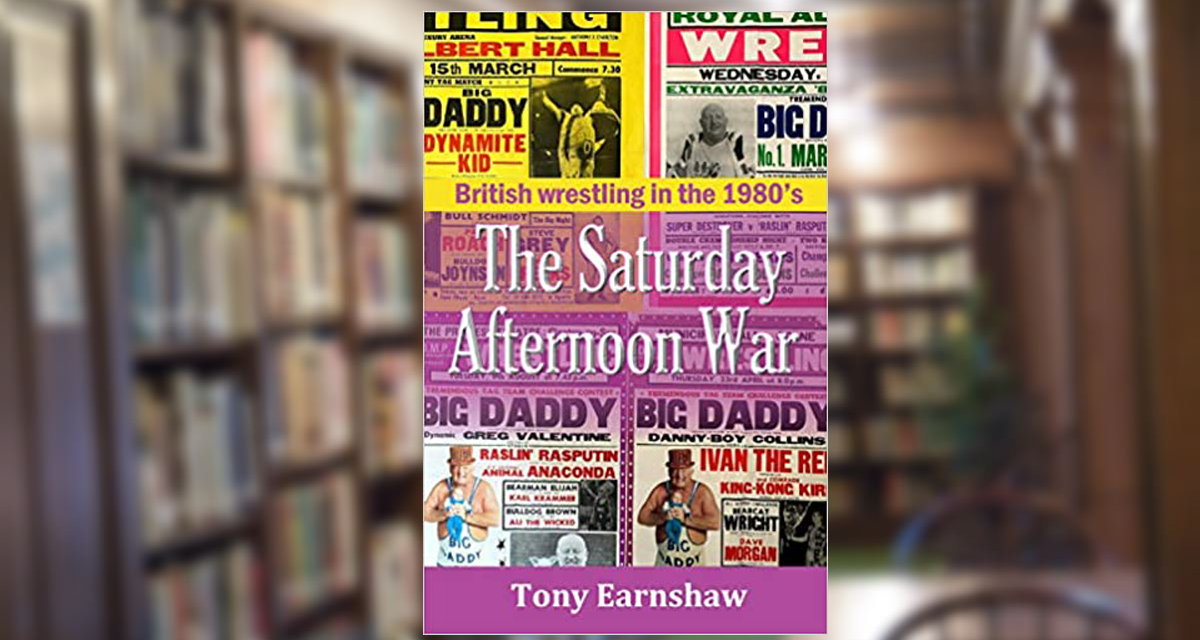 Tony Earnshaw has used lockdown during this pandemic time to pay tribute to an extremely important period of British Wrestling, documenting the legends and TV shows of the 1980s as the hugely popular shows faded away to nothing in his first book. 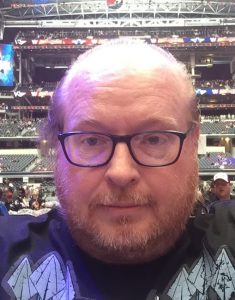 Tony Earnshaw at WrestleMania 32. All photos contributed by Earnshaw.

British Wrestling in the 1980’s: The Saturday Afternoon War, out now and self-published, is definitely going to have an audience that it is intended for and that will get a lot out of it, but it will also intrigue others that know little about this period of grappling. It is a historic record of every TV show and major event for the period. So the book will appeal more to those in said age group that watched these shows back in the day than younger fans or those that only care about pro wrestling in North America. The book does lack a sense of drama and the title is a little misleading, but I still enjoyed learning about the peak of British wrestling as a TV product, and the decline as tastes changed as the likes of the World Wrestling Federation (WWF, now World Wrestling Entertainment, WWE) expanded their awareness on these shores.

Every chapter covers a year of wrestling on British TV starting in 1980, led by Joint Promotions, and later including All Star Wrestling and (the then) WWF. Fans of this era will love reading the recaps of every single show with all the match results and title developments. Earnshaw was a young man attending many of these shows in person, so he is a rare authority on the subject. Earnshaw has used the notes from his old programs and those of his friends that had the same passion to create this huge document of TV tapings and the big live events at Royal Albert Hall and Wembley Arena. He has also detailed enough notes to remember the sporting events that caused wrestling to be off TV in some weeks, from ice skating to US bike racing. It feels bizarre now to imagine a weekly TV show simply not being on for some weeks due to other sports, but it was a common occurrence. Back in the 1990s there was great ridicule directed at WWE’s RAW by World Championship Wrestling (WCW) when the show was bumped for dog shows. Imagine being off TV for a couple of weeks due to a darts match or youth soccer game being shown instead! 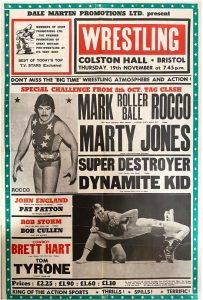 For those that are not familiar with the years of TV shows covered in these pages, the breakdown of each episode can become a little repetitive. And the focus is on results rather than any insight on TV ratings or wrestler opinions as we have come to expect. I would have really enjoyed hearing from the wrestlers reflecting on their year in the ring or their key matches. So what you take from the majority of the book will depend on whether this format appeals to you. I found myself sometimes losing track of week after week of match results being summarized, but others will relive their youth and find it brings back great memories of watching on a Saturday afternoon with their dad before or after attending the local (English) football match. I did often find myself speed reading as I found more interest in the bigger names that I focused in on, and the visiting talent that went on to become stars.

On that point, most readers will learn a lot from this book, and those even less familiar with the British pro wrestling scene of the time will be further surprised when they read how different it was to what was happening in the US and Canada. For those that don’t know, every British pro wrestling match was fought over a series of rounds, similar to boxing, with weight divisions and often special tournaments or team challenges. The biggest names of the era you may have heard of were Big Daddy and Giant Haystacks, two mountainous men known for their girth, but the likes of a young Fit Finlay and William Regal were also among regulars who showcased the more technical style that remains the real legacy of British wrestling. While obviously not quite the same, these men created the style that the likes of Daniel Bryan embraced as the American Dragon when he started his career, going so far as to work for the later day All Star Wrestling in the early 2000s. Meanwhile fans of Finlay will appreciate how much of a career the man already had in the ’80s before he turned up in WCW, with this book detailing his title wins and feuds with the likes of Big Daddy. Earnshaw does a good job of explaining the different styles of matches often seen on the same show, from technical bouts to brawls to “big lads belly bumping each other.”

Big Daddy is a name that permeates throughout the pages of this book, and while now looking a tad strange, Earnshaw has captured why Shirley Crabtree was the biggest draw in the UK for a lot of his run, and perhaps of all time with only the British Bulldog Davey Boy Smith able to rival him. However we learn Big Daddy was the only one to have his own comic and proposed TV show, one of many facts scattered throughout the book around the match results. He was also on top when World of Sport, the afternoon of sports shows featuring wrestling, was able to draw over 10 million people to their TV set every week. The book would benefit from more profiles on the names involved and such details, perhaps there’s an option for a follow up book alongside more of the posters that are featured for each year.

On the subject of big names in pro wrestling, many top stars came through Joint Promotions in the early days of their careers, a fact documented by a great selection of event posters and programs from the shows that Earnshaw has gathered. Earnshaw admitted to me in an interview for SlamWrestling.net, that he would often acquire these posters and programs from the events themselves back in the day via stealthy means. From his personal collection these posters reveal the young wrestlers who would go on to become legends such as Bret Hart, Owen Hart and Jushin Liger, and one could easily imagine a follow up book focused on these wrestlers would also find an audience.

The book goes on to finish in 1988, covering the end of the weekly TV program for Joint Promotions, a year that was known for having both All Star Wrestling and WWE running in the same time slot on Saturday afternoons in rotation. Imagine if All Elite Wrestling (AEW) and NXT were both on the same channel and took it in turns to run a show each week, with Impact getting a show every two months, this would be the modern equivalent. Hard to imagine now, but back then it was simply a case of providing relatively cheap TV content for families to watch before heading off to do their shopping or go to football, and the shows all coexisted. I found the final section of the book the most interesting as each of the three shows took a very different approach from traditional British matches to more experimental gimmicks to big budget arena shows, with Earnshaw continuing his match by match breakdowns and explaining why this was a turning point. This is the only Saturday afternoon wars to speak of with the British companies not being friends, but not exactly at each other’s throats like the title implies. There is then a summary of life post-TV as the decline continued, and despite a few attempts there has been no regular TV for a British pro wrestling company since. 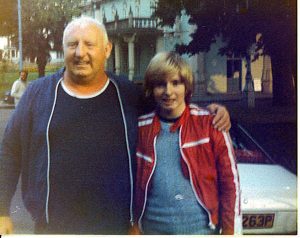 Big Daddy with a young Earnshaw in approximately 1979.

This is not a book for those readers more interested in the business and road stories side of wrestling, but if you want to learn more about the world of wrestling outside of WWE or if you lived through this time with fond memories, then it is perfect for you. If you enjoy the book you will be happy to hear that Earnshaw is planning a follow up book, going back to the more stable 1970s, when British wrestling was even bigger and marks when he initially started his fandom. 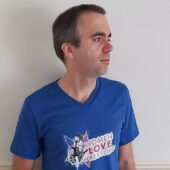 Jason Norris co-wrote and edited the anthology Women Love Wrestling, which debuted at number two in wrestling books on Amazon in the UK. He has been published and appeared on podcasts for Pro Wrestling Torch, The Indy Corner, Bell To Belles, Voices of Wrestling and Slam. Jason is the founder and managing editor of www.WomenLoveWrestling.net, working with a team of writers to cover analysis, interviews, opinion and profiles on women in wrestling.