A Grrrl’s Guide to Wrestling is decidedly ‘Unladylike’

Heather von Bandenburg didn’t set out to write just another pro wrestling book and lucky for readers she succeeded!

In her first book, Unladylike: A Grrrl’s Guide to Wrestling, von Bandenburg — better known by her wrestling personae Heather Honeybadger and La Rana Venenosa — has crafted a bold and witty wrestling book that was so desperately overdue and needed. A definite contender for most unique if not one of the best pro wrestling books of 2019, it consists of equal parts memoir, “feminist romp,” and a thorough education for the masses. 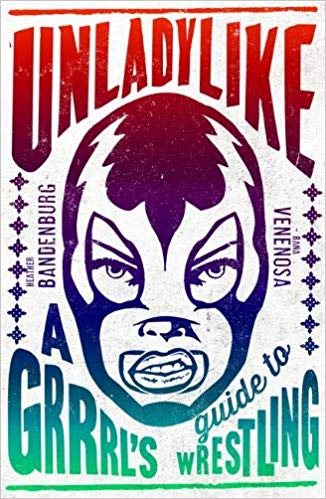 Later in the same chapter she expands on the book’s ethos of being unladylike: “Through wrestling I learned to embrace the fact that I am unladylike. From a young age, girls are taught to be girls, we are expected to keep fit but not hurt ourselves; to be independent but able to be constantly emotionally available. Wrestling offers a way of using a body that is so different to what you are taught to do at school: to be aggressive, loud, to take up more space. To wrestle is to liberate what you have embodied for so many years.”

Her unladylike story begins at the age of 23 when she and a friend were invited to attend the London School of Lucha Libre connected with the promotion Lucha Britannia. After delaying for two months, the two, clad in a mish mash of pajamas and parts of a Halloween costume because they didn’t have proper workout gear let alone wrestling gear, finally took the plunge. Von Bandenburg doesn’t shy away from providing details about her training and how difficult it was, and she’s extremely humble about her pro wrestling knowledge being quite lackluster to start. She would watch wrestling matches on YouTube, beginning with the very first WrestleMania to get acclimated. She also details a hilarious moment when her coach was asking everyone to imitate famous wrestlers and she had no idea who The Undertaker was.

“I went to pretend I was carrying a coffin whereas everyone else stood completely still and stared straight ahead,” wrote von Bandenburg in the second chapter. “I was the only one moving. Vanderhorne (her wrestling coach) looked over and said, just loud enough for others to hear, ‘Heather, don’t you know who the Undertaker is?’ ‘No, (she answered) but I’ve been practicing my forward rolls.'” 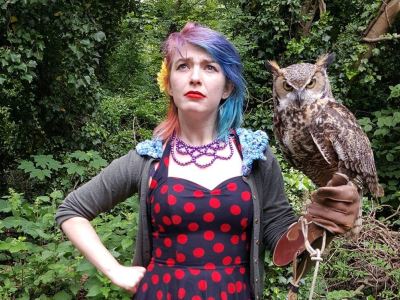 Von Bandenburg wasn’t deterred and as many before her, fell victim to a bite from the pro wrestling bug. And when she faced health issues including cyst removals, endometriosis and cancer that had her healing on the sidelines, she started writing the beginning stages of what would become this book.

“I just started writing,” shared von Bandenburg in a Skype interview from her home in London with SLAM! Wrestling. “And I realized that up until this point I hadn’t had something I was so passionate about other than wrestling and then the book kind of came from that, I guess. It was a lot easier than I thought to write the book. Apparently, I’m so passionate about this part of my life and I’m so passionate about making other people do something that is really weird and unexpected and just say ‘yes’ to strange stuff and see where it takes you. I think that’s what life is for.”

After writing for two years, von Bandenburg took her book to several different publishers in England. She says they all were enthusiastic about its contents, but felt it was “too niche” to make a profit. She finally found Unbound, “the world’s first crowdfunding publisher.” Von Bandenburg had to raise 6,000 pounds (which is the equivalent of just over $7,500 US) as initial seed funding. True to form, some of that funding was acquired in non-conventional ways.

“Definitely the strangest one (fundraising ideas) I did was the Woodland Wrestling League,” she revealed with a roaring laugh. “So, it was a selection of really good professional wrestlers who out of love for me took on gimmicks based on woodland animals. Unfortunately, this is what my imagination does and I think it’s because of how I migrated into wrestling. It was sort of sideways rather than kind of growing up with your archetypal types of wrestlers. I came in specifically through subversive, underground lucha libre, so all my characters are a bit strange.”

She added with genuine surprise, “I didn’t think it would be a success but loads of people came to this weird wrestling show. It was great, one of the best things I’ve done. I was really overwhelmed with the generosity of the people who wanted to support the book, particularly the wrestling community. Like they saw rather than kind of go, ‘Ahh! a book about feminism and wrestling, no one is going to read that!’ They were like, ‘No this is needed!’ And I’m still continuously touched by how much people, even people I’ve never met, have supported the book.” 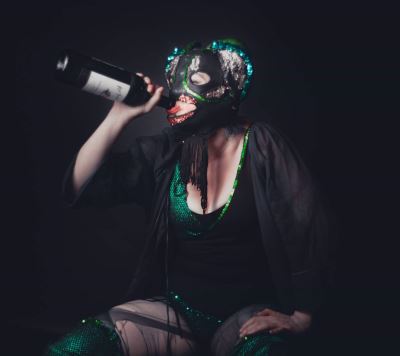 As aforementioned, von Bandenburg details her journey to the ring, but she also unabashedly explores topics not often found in pro wrestling books such as her gynecological health issues and she devotes an entire chapter to stereotypes in pro wrestling.

“I really wanted to talk about stereotypes,” she declared. “And I really wanted to pull these things apart because I have a lot of friends who don’t know about wrestling and I would take them to shows and they would be like, ‘Oh it’s really fun but it was really racist,’ or, ‘It was really offensive.'”

She continued, “There’s also a lot to say about kids watching it and you want to create these characters that people look up to and are used in interesting and divisive ways rather than kind of just slapping on a label because it’s there. So, I think I learned a lot from having lots of friends who are queer, having a lot of friends who were gay and for many of them it was really important to have a character that was queer or gay and that be a positive thing. Because for many years it wasn’t, in wrestling you were like a bad person. I mean look at everything that happened with Goldust (portrayed in the WWE by Dustin Runnels) in the ’90s. The whole thing where he was just like a gross character for a while. It’s also about having the option of not being gay, like just being who cares who I sleep with. Just because someone is a gay woman, it doesn’t mean her character has to be a gay woman. It’s just those kinds of things, giving the people behind the characters more control and actually trying a bit harder to be all inclusive and not quite so potentially incredibly offensive to people.”

Von Bandenburg was also adamant that her book be inclusive to all readers, not just wrestling fans. She remembers that there was no real beginner’s guide to wrestling books when she just broke in and she feels that people just discovering or looking into pro wrestling, particularly women, find it “off-putting” when you are expected to have “assumed” wrestling knowledge right off the bat. To remedy this, she includes appendices at the end of the book with a brief history of women’s wrestling (although to be fair this section does need a round of fact checking as there are some inaccuracies), a description of wrestling moves featured in the book complete with illustrations and a glossary of wrestling terms.

“Wrestling is great and there’s a lot more to it than the WWE product and just having a big man in tiny pants,” she offered. “And I want people to go away with a smile on their face after reading this book. That’s what I want. I feel like I can achieve that. I’m not trying to change the world with it you know, I just feel that at this point there isn’t the kind of message out there which is the message I’ve taken away from wrestling which is it’s a loving and supportive environment. It’s a lost and difficult art. It’s also full of bad ass women who don’t get enough celebration. So, if the whole of wrestling has given me that and I can give that message back to the rest of the world or like a few people, I’m gravy really.”

Von Bandenburg again finds herself on the sidelines from wrestling as she is pregnant with her first child. She would like to return to the ring as she is anxious to wear the title for Lucha Britannia — which was scheduled to happen this year, but Mother Nature had other plans. She also has ambitions of wrestling in America and wishes to “explore the world and meet people who are doing wrestling in a weird and fun way.” She is relishing the current state of women in wrestling, but is prudent in her belief that there is still much more work to be done particularly in terms of mixed gender wrestling, pay equality and having women both running more promotions and being more active behind the scenes.

“In general, I’m really happy and I hope that comes across in the book that the level of respect and visibility that women have in wrestling compared to when I started,” she observed. “I could just scream and cry when I think about it. Like on Sunday (June 30) I was at York Hall at (EVE) Wrestle Queendom which was like the biggest female wrestling event in Europe. It sold out, like 3,000 people, and it was amazing. It was insane. It was so good. I just remember like six or seven years ago coming to a show at York Hall for TNA, I think, and there was one women’s match! That’s not how it should be!”