Barnhizer scrapbook whisks readers away to another time 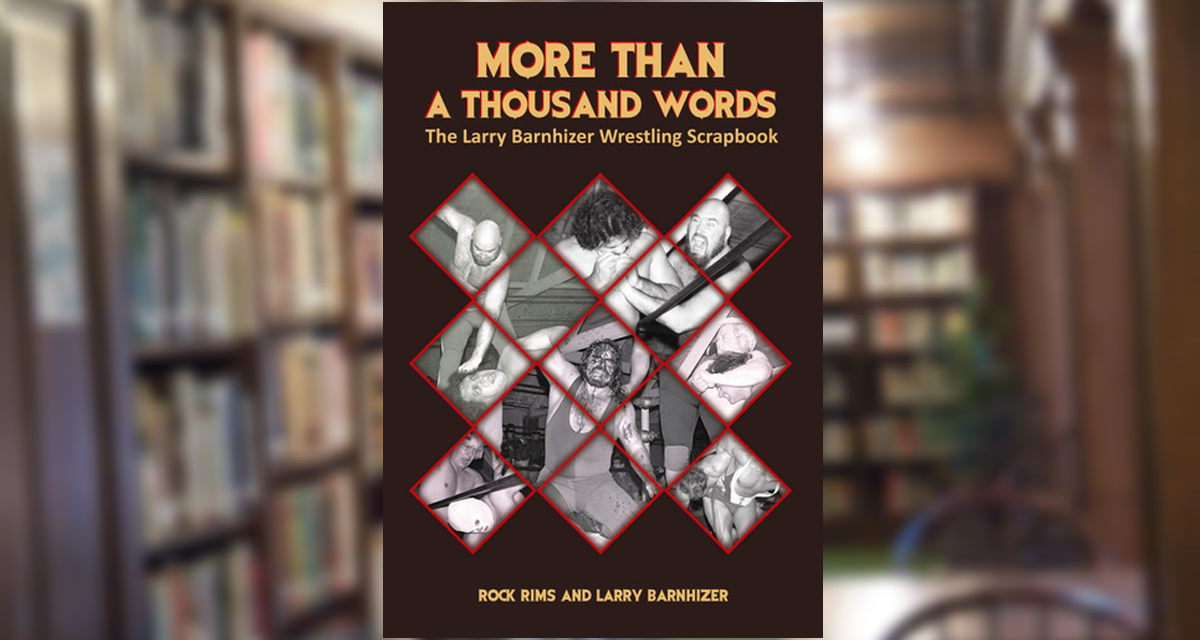 Allow me to put down my camera for a moment and introduce myself. My name is Andrea Kellaway and I have been photographing professional wrestling for 20 years and working for some of the largest pro wrestling promotions in the industry. I also have been a SlamWrestling.net contributor for almost as long, photographing many different events for them over the years. 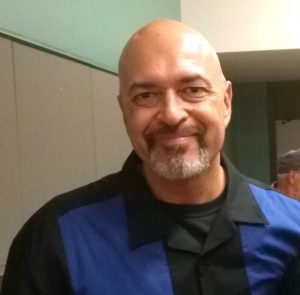 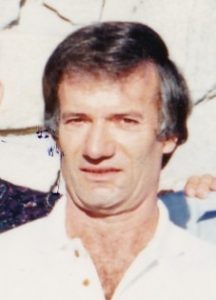 When Slam asked me to look at More than a Thousand Words: The Larry Barnhizer Wrestling Scrapbook by Rock Rims and Larry Barnhizer, which is out now and self-published under Rims’ Flying Body Press brand, and give a short review, I was beyond honored. I confess, I was also a little nervous as I’m used to being behind the camera for Slam, not behind my computer screen, writing for them.

I would like to start out this review by sharing that it has always been a dream of mine to publish a book of my own work. Putting a book together is a big accomplishment and I would like to sincerely congratulate both Rims and Barnhizer on this achievement.

Barnhizer shot pro wrestling at the Uptown Arena in Modesto, California and other smaller venues in California for 30 years. This scrapbook has over 300 images over 140 pages for you to lose yourself in. I was sent a digital copy of the scrapbook to review and while I understand more and more publishers are choosing to send out review copies of books this way to cut down on costs, I have to admit I was a tad disappointed. I guess I’m getting old, because I would have much preferred to hold the book in my hands as I read it. Photography can be a full sensory experience. Even touching the paper can help you immerse yourself in its story, so I am sad to say I felt a little detached from the content because of that. I would highly recommend that readers purchase a physical copy of this book to enjoy it properly! 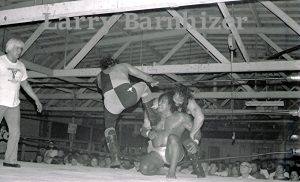 The Royal Kangaroos do a number on Peter Maivia. Book photos courtesy of Larry Barnhizer and selected for this story by Andrea Kellaway.

I have always loved and continue to love learning about professional wrestling’s past. Learning about the legends of this business, understanding its evolution, and receiving an education. This scrapbook gave me that opportunity in the comfort of my own home. I particularly loved this line from the book: “the arena only sat a few hundred people. In cases when there were more people than seats, promoter Johnny Miller would bring out the hay bales to accommodate the extra patrons.” I wonder how sitting on hay bales would go over at a pro wrestling show today.

With this scrapbook, I could scroll to any page and instantly be whisked away to another time. It’s a book you can pick up and open to any page and just get lost in wrestling’s crazy past for a few minutes or a few hours. I found myself being especially taken with the images featuring the fans. As we all know, sometimes the wrestling fans are just as entertaining as the show itself! 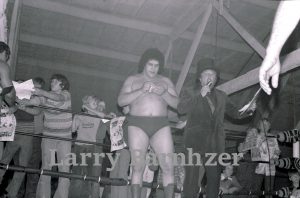 Andre the Giant signs autographs for his admiring fans.

In the book’s introduction, Rims mentions looking through old wrestling magazines and seeing a wrestling show where the ceiling was so low he wondered how the wrestlers didn’t hit their heads. Rims was fascinated by this and thought others would be too. I could truly identify with how Rims felt, having witnessed similar types of venues in the beginning of my career.

Barnhizer’s body of work includes images of Pat Patterson, Mr. Wrestling (Tim Woods), Don Muraco and Andre the Giant to name a few. There are honestly so many more faces that pro wrestling fans will undoubtedly recognize and even a few I had never heard of before. The photographer in me would have liked to see a tighter edit on the images and have some of them displayed bigger allowing the images to tell more of a story. The images feel incredibly raw to me as the colour and tone of the blacks and whites differs from image to image. Some are pink, and some look green. I would have liked to see a little more consistency in the tone of the images.

It looks to me like Barnhizer shot the majority of his photos with an on camera flash. (The photographs in this book were taken from 1970 into the year 2000). I would have liked to hear more about his photography process within the book’s text. To me, this book is just as much about the text as it is about photography. There were so many details I still wanted to know: What was Barnhizer’s overall process like in the ’70s? How many cameras did he use? Did he use manual focus? What was the light like in the arena? How did he create his work? What were the reasons he chose to shoot the way he did? Yep, I’m really nerdy about photography and I could have easily come up with dozens of more questions to satiate my curiosity on the subject. Photography was much more challenging in Barnhizer’s early days and I believe there is even more of his story still to be told. Although I admit, I might be a tad biased and did I mention I’m nerdy about all things photography? 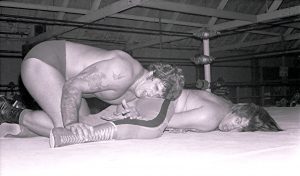 The look on Rock Riddle’s face says it all during his match with Tony Garea.

Rims also pointed out something in the book that a lot us pro wrestling photographers can relate to: “Larry did all this while working a full-time job. He’d attend the matches on Friday nights and the weekends and spend the rest of his weekends writing articles to go along with his pictures. It was often a thankless job, but it was one that was born of passion.” Rims’ statement really resonated with me. Whatever your employment in the pro wrestling business, it is indeed born out of passion.

I would recommend this book to anyone interested in taking a look into wrestling’s past. This is a book most suited for readers who regard themselves as pro wrestling historians. While I would not officially dub this a photography book per se, calling it a scrapbook is a great name for what this is: a means of preserving and presenting a part of pro wrestling history.

EDITOR’S NOTE: The first printing of More than a Thousand Words: The Larry Barnhizer Wrestling Scrapbook has sold out, but Rims has ordered a reprint. He will start taking pre-orders on March 15, 2021 with this second printing of the book being officially released on April 12. To buy a copy you can email Rims at [email protected] 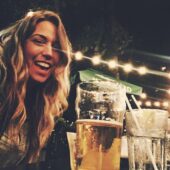 I am a commercial photographer. I spend my days photographing products and advertising and my weekends shooting combat sports. I love being a photographer. I wouldn’t describe it as my profession but rather who I am as an individual. I am most inspired by getting a great shot. It’s that urge that drives me to keep shooting. You can see my current portfolio on Instagram at https://www.instagram.com/andreakellaway/ or on my website at www.andreakellaway.com