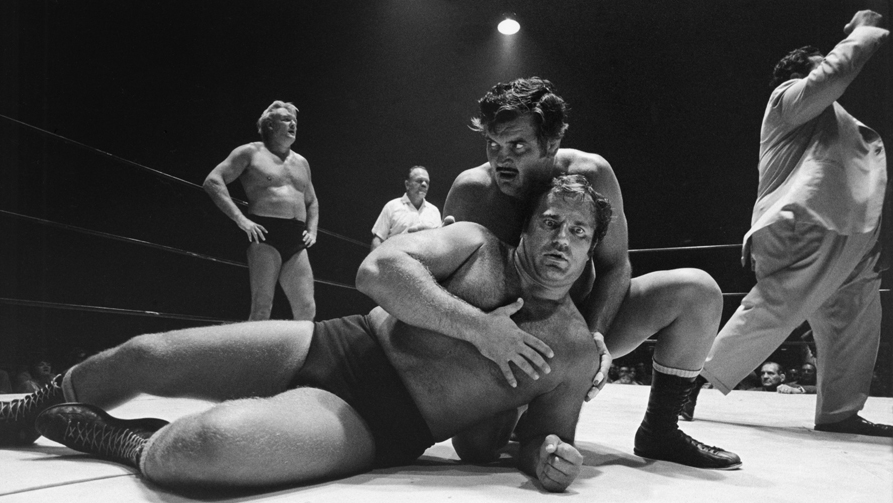 There’s no greater joy for fans of pro wrestling books than when a book that has been long difficult to find or worse, is out of print and outlandishly priced online, is re-released. Fans anxiously wanting to get their hands on a copy of Geoff Winningham’s acclaimed photo book, Friday Night in the Coliseum – your time has come! The book has been re-released and is out now from Dancer Press. 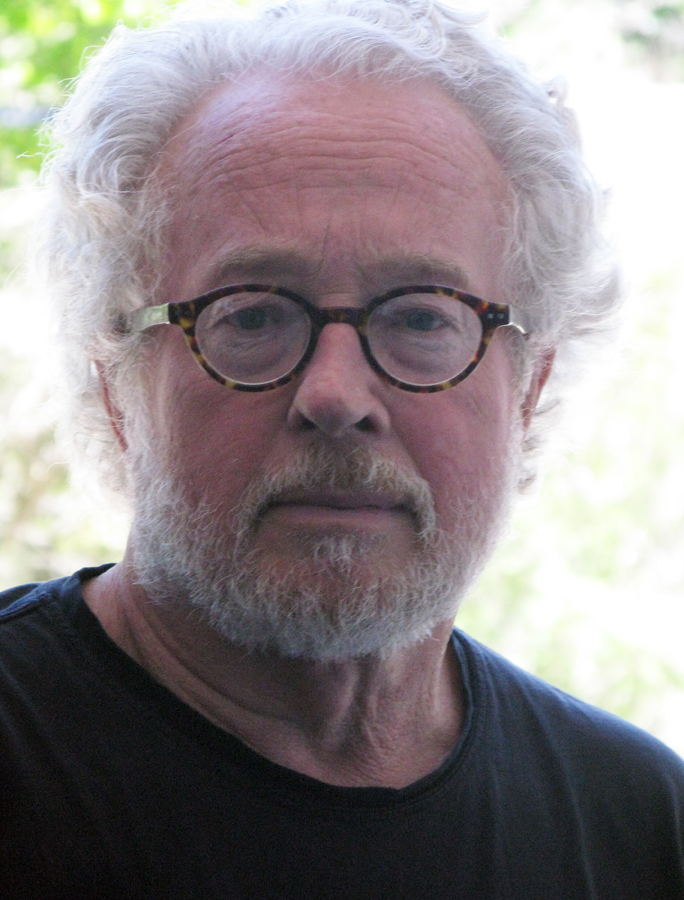 Originally released in 1971, this first book for Winningham, who has also been a professor at Rice University in Houston for 51 years, came about as part of a “self-assignment.” Winningham says he was interested in news photography and drawn to photograph crowds “gathered in an event of some kind.” On the lookout for such events, he was intrigued by an ad in the local newspaper for a pro wrestling show. Little did he know, it would be the first of approximately 35-38 Friday night wrestling shows that he would attend and photograph.

“I thought, ‘Well, I bet there’s a good crowd down there,’” recalled the 77-year-old Winningham in a phone interview with SlamWrestling.net. “‘And it might get a little wild and interesting.’ And so I called the wrestling promotion office and told him who I was, it always helped me get into events if I’d tell them I was with Rice University, and I was doing a project of photographing the city, and could I possibly get close to the ring to take some photographs of the action and the crowd? And they said, ‘Yes.’ I talked to the promoter himself (Paul Boesch) and went down that Friday night and it just swept me away.”

He continued, “I felt like I’d walked into my version of heaven on earth. I mean, the crowd, the lights! The big men flying through the air and whacking each other out of the ring and into the ring and the crowd.”

Winningham started photographing the Friday night pro wrestling shows in February of 1971. He was given unrestricted access to the matches and the grapplers by Boesch, which seems unheard of today.

“The promoter, Paul Boesch, was just a prince of a man,” remembered Winningham.  “He was a gentleman. He was a wonderful man. He was widely adored across town. I never heard anybody speak anything of Paul Boesch expect what a wonderful, wonderful man he was. And so, I think when he saw that I was genuinely interested and I wasn’t interested in whether it’s (pro wrestling) fixed or not. I thought it was an amazing phenomenon. I mean, I think after the first time I was there, I said, ‘My God Mr. Boesch, this is like fabulous folk theater!’ And that’s kind of how I still see it. I think if Shakespeare were alive back then, he would have been writing for wrestling.”

Along with taking photos, Winningham says he also carried a portable tape recorder to conduct interviews with the fans and wrestlers.

“The words, the stories, the accounts of the people, when you put them with the pictures, it really brings it alive I think on a different level,” Winningham observed. “It adds a level of humanity to it that you don’t quite get, you can’t get I don’t think, from the pictures.”

Winningham also says he spoke with/interviewed Boesch at every show he attended. He dedicated five pages of the book to one such interview with Boesch from November 20, 1971. On the realness of pro wrestling, Boesch interestingly said: “It would be almost impossible to arrange a fix in wrestling. The only time the word fix can be applied to any contest is when it becomes more profitable for a man to lose than it does for him to win. There must be a great deal of profit involved for a man to risk his reputation and his standing, because he may not get it back. The only thing that makes a fix possible is gambling, and there is no gambling in the world of professional wrestling. Imagine trying to get Wahoo McDaniel, for example, to do something that is not going to benefit him. It would be the most impossible task in the world. When somebody asks me if wrestling is fixed, I ask them if they can imagine me asking Ernie Ladd to lose a match to a man that he knows he can beat. There is no point in my even trying.”

When asked about Boesch’s comments, Winningham responded: “The way I feel about that, basically what it boils down to is that a wrestling match is no more fixed than a good play is fixed. No one walks out of a dramatic production and says, ‘Was that fixed?’ No, of course it wasn’t! It was a performance in wrestling and when you really boil it down to that, it’s a performance art. It’s an athletic performance art. And to the question of fixed just suddenly, I mean who would be interested in that?”

He added, “It’s an athletic performance art and it’s either done badly or well and you’re in. In the best matches I saw, I would be right there at the edge of the mat. Sometimes three or four feet from the wrestlers who are as best I can tell, absolutely trying to destroy each other. And I would be saying to myself, ‘Oh my God, he’s going to kill Johnny (Valentine)! Oh my gosh!’ That’s how good they are! This disbelief if there is any, is suspended!” 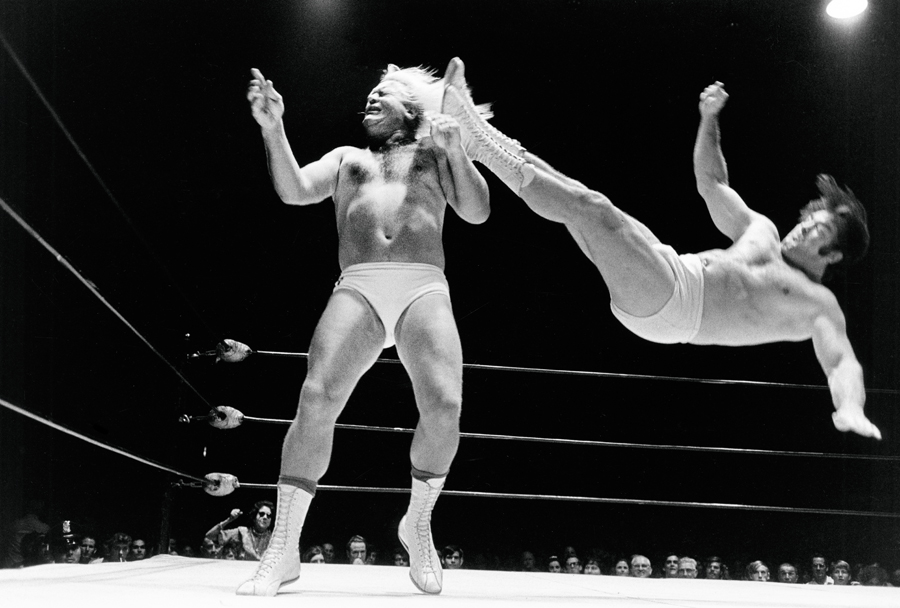 Gorgeous George II gets a dropkick to the face.

By October of 1971, Winningham says he knew he wanted to make a book of the photos. He approached a friend in the printing business to make it happen. 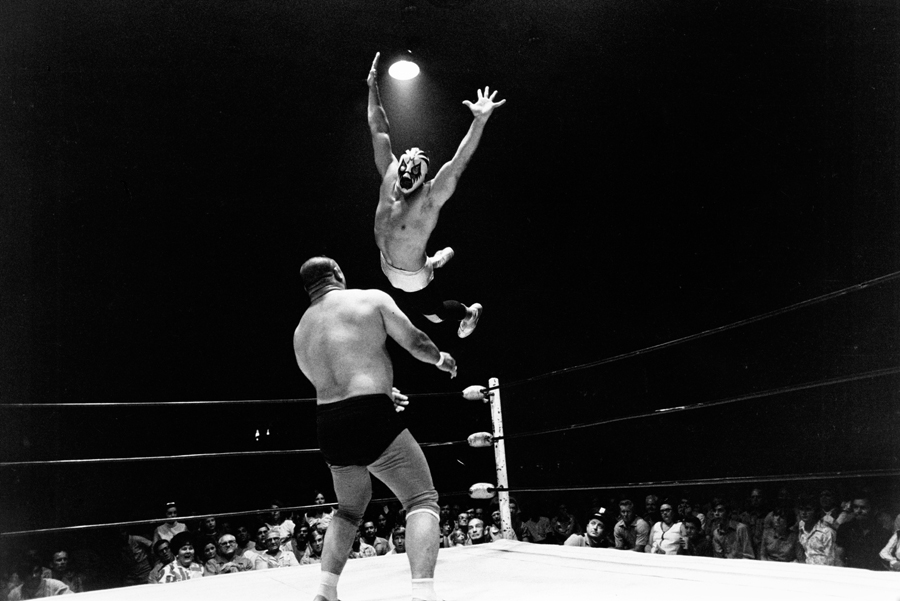 According to Winningham, the books were originally $5 each. He tried selling them at wrestling shows, “but nobody had an extra $5 at the wrestling matches in those days to buy a book.” But the book did get noticed eventually – by the art world.

“In the art world of photography, it was a huge hit,” revealed Winningham. “I mean before I knew it, I was having shows in France and in Sweden, not to mention all across the United States. The art world is like a bunch of lemmings. I mean, once somebody starts going for something, everybody goes for it. And everybody went for Friday Night in the Coliseum in the art world. The Museum of Modern Art was buying prints. It was a huge launch for my career!”

Some of Winningham’s photos from the book were even featured over three full pages in the April 7, 1972 issue of Life magazine. In 1973, six of his photos from Friday Night in the Coliseum were included in Masters of the Camera, “a collection of the most important American photographs of the 20th century” published by the American Federation of Arts.

“And yet probably in the first year, I would say we sold 50 books,” Winningham pointed out. “We had hundreds of books left a decade later. I just could not sell them. And then I started giving them away and selling them here and there. Finally, we were out of them. And by then there was some demand. And now if you can find them online, it can be very expensive. I’ve seen them go for as much as $500 if they’re one of the rare hardcover books in good condition.” 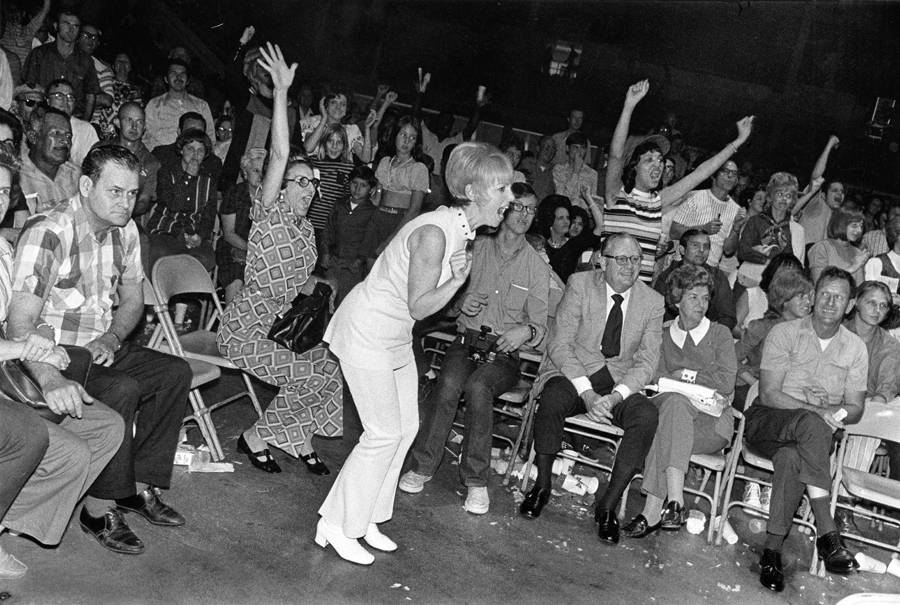 A look at the fans attending the Friday night pro wrestling show at the Houston Coliseum.

Winningham admitted that he wasn’t a wrestling fan when he first started the project, but funnily enough he learned that his mother was when he first told her he was putting the book together. He was shocked to learn his mother, originally from Tennessee and from a more “aristocratic family” had actually attended pro wrestling matches every Saturday night at the Jackson, Tennessee, armory with her friend, Jessie, until and while pregnant with Winningham, she got herself thrown out!

“(She said), ‘Jessie and I were there and there was this really bad guy wrestling and I just hated him,’” shared Winningham, who can barely control his laughter during the retelling of this story. “‘And he cheated! And he won! So, when he came past me, you know Jessie and I sit in the front row, he came past me, Geoff. I pulled out my hat pin and I stuck him with it. He screamed and they threw me out and would never let me back in!’”

Winningham is thrilled to finally have the opportunity to re-release Friday Night in the Coliseum. The new edition is expanded from the original and now runs at 180 pages instead of 144. In addition to some new photos not in the first edition, Winningham says he also “polished some of the text” and wrote an afterword.  If you are someone who has long coveted this collector’s item, you might want to act now as copies are limited to 500. Currently available are a $75 flexcover edition and a $600 casebound edition in a slipcase that is signed and numbered by Winningham and includes an original silver gelatin print. The $120 casebound edition in a slipcase has already sold out. The book is available through Winningham’s website.

“What I would like to see them (readers) take away from it (the book), I would say would be to look at the humanity of what’s going on there,” concluded Winningham. “That people, all of us find meaning for our life and understanding for our life, sometimes through art. And I might find that meaning or someone else might find that meaning in the plays of Arthur Miller. And other people might find it in the performances of Houston wrestling. And who is to say which one is better?”

And next on the wish list for impossible-to-get books? How about this companion memoir from Paul Boesch, Hey Boy! Where’d You Get Them Ears? 55 Years in Pro Wrestling!