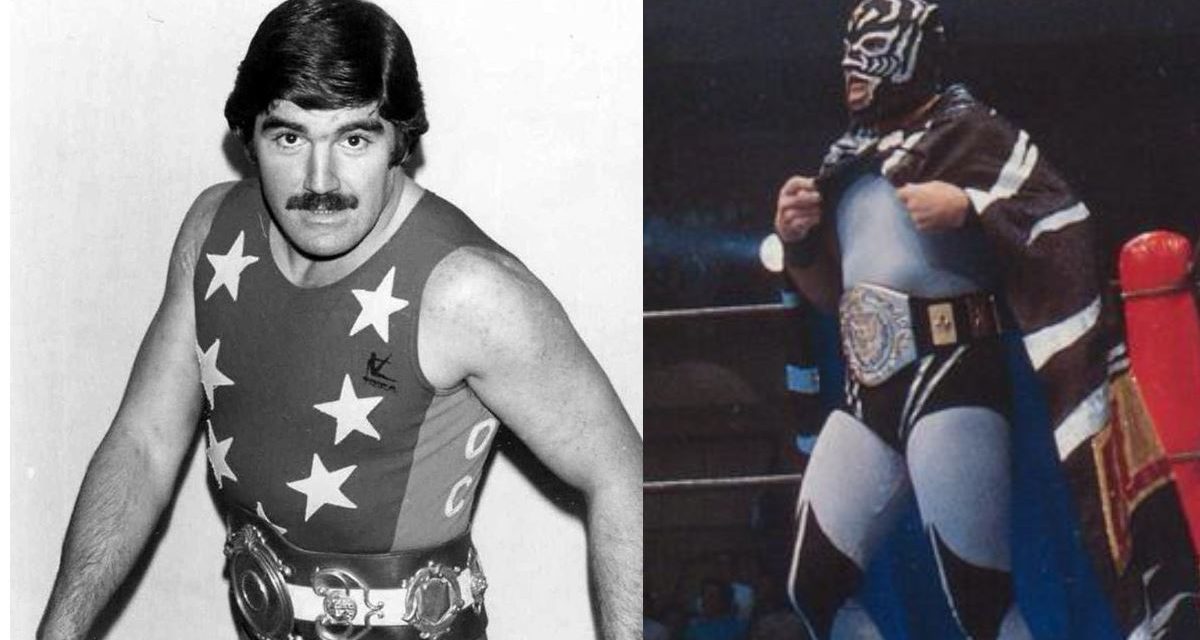 Mark “Rollerball” Rocco, son of British wrestler, Jimmy Hussey, didn’t set out to become a professional wrestler. But one time he was in the arena, and saw British icons Mick McManus and “Mr. TV” Jackie Pallo wrestle, and that “lit the flame.”

By age 12, he was starting to get a hang for professional wrestling, and he became one of the top stars of the 1970s and 1980s, including a run under a mask as Black Tiger.

“Many consider him the best worker of the late 70s and early 80s in the U.K.” wrote Dave Meltzer in the Wrestling Observer Newsletter in 2009, Rocco’s first years a candidate for its Hall of Fame. “Favored a fast paced brawling style that also included a lot of wrestling. Helped put the jr. heavyweight division on the map in Japan as one of the top opponents for the original Tiger Mask. Dominated the World heavy middleweight title in the U.K. from 1981-91. Also feuded with a pre-Jushin Liger Keiichi Yamada, then known as Flying Fuji Yamada, in the U.K.”

Mark Hussey was born May 11, 1951, and would be deeply immersed in the fighting game in the United Kingdom for his entire life. His father, “Jumping” Jim Hussey was a professional wrestler, following his own father and grandfather into the business. Mark Hussey’s own two sons became competitive boxers.

Originally, Mark was destined to be involved with horses, competing in equestrian events. Rocco shared his story in Kendo Nagasaki’s The Grapple Manual: “He had poured his life savings into providing me with the finest showjumping equipment and horses. Unbeknown to him though, when he was away wrestling, the members of his gym were teaching me all the moves and giving me a good grounding in the sport.”

But as a pro wrestler, Mark Hussey wanted a name of his own, debuting in 1969. 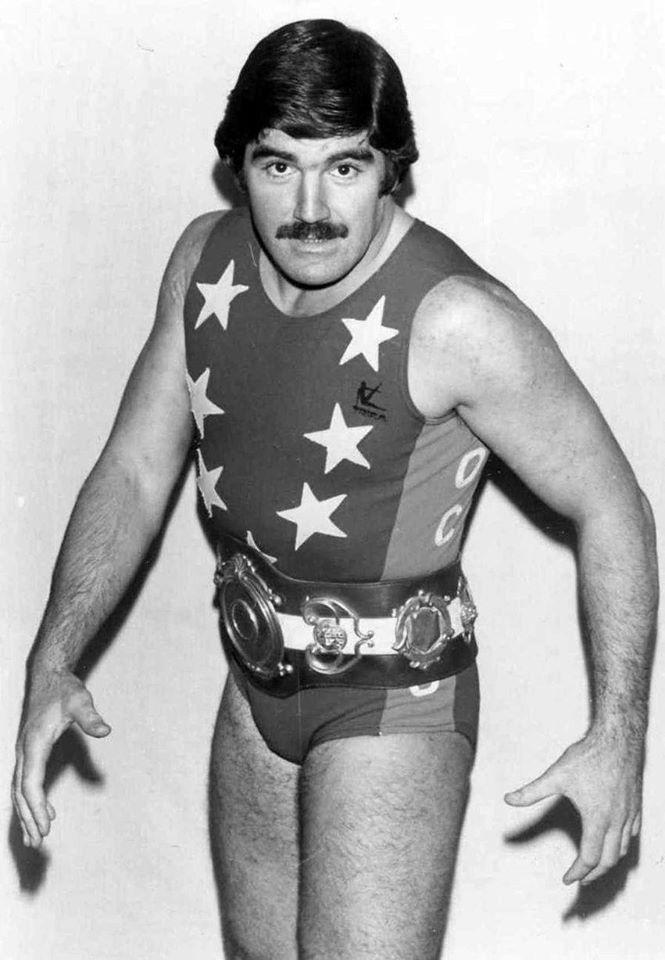 “Rocco went to great trouble to gain experience and make his name on the Continent before challenging seriously for honours at home,” explained Peter Bills in 1983’s Sportsviewers Guide Wrestling. “He decided to retain the pseudonym he used in France and Germany, winning the British heavy middleweight crown from Bert Royal in 1976. He progressed to the world title in August 1981 by the spectacular expedient of pile-driving his French rival, Joel de Fremery, head first into the canvas to triumph by a knockout in a televised tussle.” 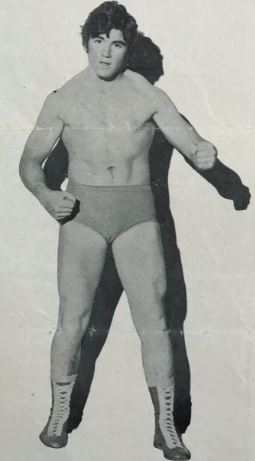 The same Mick McManus that “lit the flame” was the booker/matchmaker for Dale Martin Promotions. His own star fading as he aged, McManus hitched his wagon to Rocco. “McManus was the booker and as I crept up and started getting more and more popular, I was selling out stadiums, shows and halls,” said Rocco. “And we were selling out, but we weren’t selling out because of Mick.”

In Simon Garfield’s excellent collection of interviews with British wrestling stars, The Wrestling, promoter Max Crabtree brings up how wild Rocco was at one time, and he had to be kept off television after British authorities cracked down on violence on the telly. “We had Mark Rocco on, and Mark was crazy. He couldn’t help it. Mark believed that to be a good wrestler you had to dismantle the ring, hit the referee with the bell, throw your opponent into the audience. Nobody slept when he was on, but he was dangerous, because he could kill someone. So I kept on having to pacify the television people who said they didn’t want him on no more, and I had to go back to Mark and say, ‘Silly fella, you’re off for three months.'”

In the same book, Lloyd Ryan brought up the battles between Kendo Nagasaki and Rooco. “We’ve had bloodbaths with Rollerball Rocco and the crowds at the end were like a Wembley Cup Final. But in those days you could have put Kendo on against a broomstick and they would have watched.”

Rocco saw much success internationally, while always maintaining a place atop the cards in the U.K., where the lighter-weight wrestlers, like the 5-foot-8, 195-pound Rocco, were always celebrated.

“I don’t want to sound like a big shot but for my era I was the highest paid guy in the UK, including Daddy and Haystacks, and when I went to Germany I was treated like a king. I also got a percentage of the door on a lot of the shows I did,” he told THE LILSBOYS in an interview in The Sun. “And in Japan, when I was Black Tiger, the only wrestler in the country who got paid more than me was Abdullah The Butcher.”

Black Tiger was the frequent opponent of the original Tiger Mask (Satoru Sayama). They’d wrestled in the U.K., where Sayama had used the name Sammy Lee. 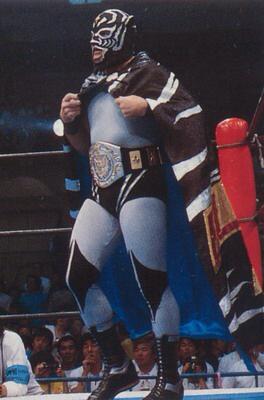 Rocco was actually the second Black Tiger, after a Mexican wrestler didn’t work out, and then later, Eddie Guerrero used the same gimmick in New Japan Pro Wrestling.

“When they first told me about the idea I said: ‘Forget it. I’m Rollerball Rocco. I’m famous in the UK and all around Europe. I don’t need a new character,'” Rocco told THE LILSBOYS, continuing:

“But the money was too good to say no! My first match ever in Japan, in the early 1980s, was for £10,000 tax free. They paid for first class airfares for two people both ways, put me in the best hotel in the world and chauffeured me around in a limousine.

“They were very clever with the gimmick too. They had a cartoon and newspaper column for Tiger Mask and Black Tiger. So for the first match we had in Tokyo they turned 3,000 people away.

“They gave me a real big push as Black Tiger and I was top of the bill everywhere so I kept going back to Japan – doing it for around six years in total.

“Everyone knew it was me but I had to wear a mask. I didn’t take it to Kendo Nagasaki levels though, where he’d even use the communal showers with his mask on.

“I remember once getting a knock on my hotel room door at 6am and I put my mask on to get the door and there was this little Japanese kid asking for an autograph.

“But he kept coming back so the last time, wearing only my Tiger Mask, I grabbed him, walked him to the lift and pressed the button.

“When the doors opened there were lots of business people looking at me wearing nothing but the mask – and I threw him in the lift.

“And as the doors were closing he was still asking for my autograph!”

The Black Tiger versus Tiger Mask matches were influential.

In an interview printed in the May 2007 issue of Fighting Spirit magazine in the U.K., Chris Benoit told  Matt Goodwin what Rocco meant to him: “When I first trained in Japan, Rocco came over and I often found myself at ringside studying his matches. Us young boys back then, we’d sit there drinking it all in. It was a real privilege to watch him – it’s just a shame I was never able to work with him. But I can’t stress how far ahead of his time Mark Rocco was. I’m talking light years. You can watch any of his matches today and they still feel fresh. The same goes for Marty Jones.”

“Dynamite Kid” Tom Billington had wrestled Rocco at home in England, and then again in Japan. In his autobiography, Pure Dynamite, written with with Alison Coleman, Billington recalled both eras.

In the U.K., Billington and Rocco “had some fantastic matches. Like me, Rocco was a hard hitter; he followed everything through and never held anything back. We put a hundred percent into those matches — none of the high-flying stuff at that time — just hard, solid bouts that always excited the crowd.

In Japan, Billington noted that “Rocco had made a very good name for himself in Japan. He was right up there at the top. So every night he’d be whistling and singing in the showers, thinking everything was great.” It was Dynamite Kid’s battles with Tiger Mask that out-shone Black Tiger’s bouts with Tiger Mask.

The key, said historian Bradley Craig, was Rocco’s ability to adapt to his opponents. “Rocco was equally at home in a comedy match against Big Daddy, or a heated contest versus Kendo Nagasaki as he was in a progressive technical match against Fuji Yamada,” said Craig, who maintains The Professional Wrestling Hall of Fame for Scotland, and has contributed to Slam Wrestling. “That’s how I’ll remember him, a supremely versatile performer who was the key domestic star when so many left the U.K. scene to find fame and fortune in other nations.”

In North America, Rocco only wrestled a little. The most significant appearance was on December 28, 1984, at New York City’s Madison Square Garden, in a bout taped for airing on Japanese television. With the vacant WWF Jr. Heavyweight title up in the air, The Cobra (George Takano) pinned Rocco as Black Tiger with a tombstone and senton bomb off the top; after the bout, Black Tiger went after Cobra with a chair. The bout is on the VHS tape, Best of the WWF Vol. 1.

In 1991, after 22 years in the ring, it was discovered that he had a heart ailment, and Rocco’s career ended abruptly. “I was with him one night when he collapsed in the dressing room. And they found his heart was only working at 30 perfect efficiency. Not good at all,” current NXT GM William Regal told  WrestleTalk U.S.A. in a 1993 interview when he was Steven Regal. “But what an incredibly talented athlete he was. Most people know him as Black Tiger in Japan. He had some tremendous battles with Tiger Mask. I don’t think the fans here in the United States know him.”

In The Wrestling promoter Brian Dixon called Rocco “the best friend I ever had” and recalled that final bout for Rocco. “He almost died in the ring. He was wrestling at Worthing, and he looked terrible when he turned up. All green. He was told not to go on, but he wouldn’t listen. His heart gave out. He did actually die, but they brought him back. He was told he would never wrestle again, and he was devastated.”

Post-wrestling, Mark Hussey was a successful businessman in Tenerife. 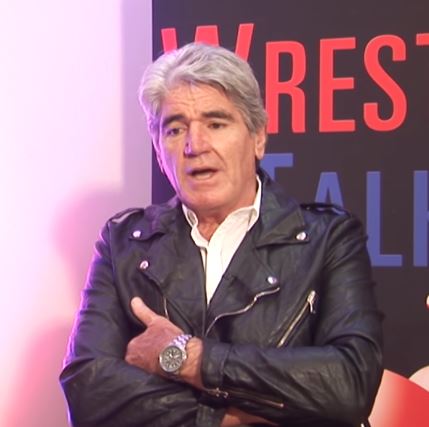 However, as Mark “Rollerball” Rocco, Hussey was always immensely proud of his accomplishments.

“In our day, I’m not saying we were the best, but pretty close worldwide, about our TV wrestling show. The wrestlers got in the ring with their tights and a pair of boots and they told amazing stories, and used to keep people transfixed for weeks,” he told WrestleTalk.

Rocco didn’t walk away from wrestling completely, and made appearances, including presenting “American Dragon” Brian Danielson (the future Daniel Bryan) with a title belt in 2002.  TNA used him as a mentor on its British Book Camp.

In The Grapple Manual, he summed up his career: “The characters I worked with were all larger than life. Only in wrestling could you meet such personalities with each and every one a true gentleman. I wouldn’t have missed it for the world.”

Further details on his passing and funeral arrangements are not known at this time. The Facebook page for All Star Wrestling U.K. announced his passing: It is with the greatest of sadness that we have to announce the passing of the one and only MARK ROLLERBALL ROCCO, after suffering for the past few months – our thoughts go out to his family and friends at this very sad time.”