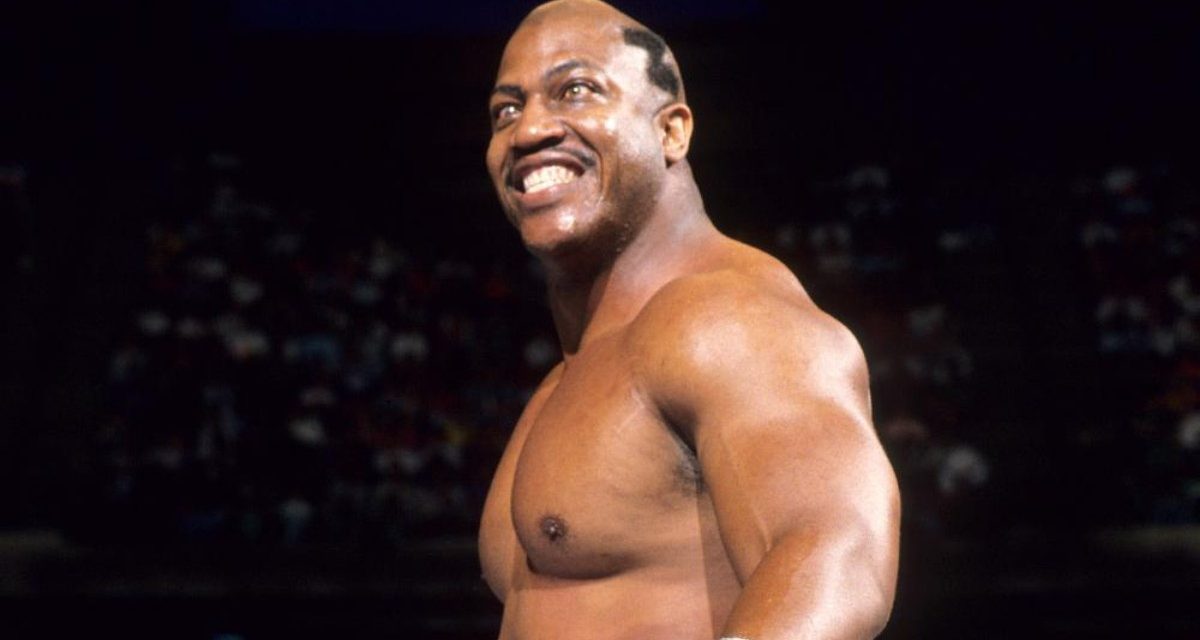 TMZ.com is reporting that Tommy “Tiny” Lister has died. He was 62.

Apparently, he was found unresponsive in his apartment in Marina Del Rey, California, on Thursday afternoon, December 10, and was taken to hospital, where he was pronounced dead.

Lister came to the attention of pro wrestling fans in the 1989 movie No Holds Barred, where he portrayed Zeus, as the lead villain.

The movie bled into World Wrestling Federation storylines, and he fought Hulk Hogan.

SlamWrestling’s Dave Hillhouse did a lengthy interview with Lister in 2012.

He also did plenty of other film and television appearances through the years, and IMDB.com has nearly a dozen films upcoming with Lister in them.

Lister was born in Compton, California, on June 24, 1958, and grew into a 6-foot-5 man, blind in his right eye. It was not an easy upbringing, and Lister did his best to avoid the gang life. Sports and acting would be his way out.

At Los Angeles’ Cal State University, Lister competed in shot put, and won the NCAA Division II title in 1982. Of the shot put, Lister once said, “I love the shot put because you win or lose by yourself. Either I get exposed, or I dominate. I always dominated because I trained to dominate.”

Lister had a number of roles as an actor, beginning in 1985, from comedies to westerns to science fiction, but No Holds Barred brought him into the wrestling world; Lister knew about pro wrestling in the sense that Woody Strode, the football player/wrestler turned actor, was a hero of his (and they appeared together in 1993’s Posse).

Lister was great as the menacing Zeus in the movie, but the transition to live pro wrestling was not as good. The plan was to have him headline against Hogan in the ring, but Lister never really got the hang of it. Instead, he was put into tag team situations, with Zeus teaming with “Macho Man” Randy Savage against Hogan and Brutus Beefcake at SummerSlam in 1989. At the subsequent Survivor Series, Zeus was on The Million Dollar Man’s team against The Hulkamaniacs. Zeus’ last WWF deal was at the December 1989 No Holds Barred pay-per-view, when it was again Hogan and Beefcake against Zeus and Savage, but this time in a steel cage.

Apparently, the idea was for Hogan to headline against Zeus at Wrestlemania VI, but Lister was back acting full-time by then.

Dusty Wolfe was the veteran who was tasked with teaching Lister and “babysitting” him during his brief WWF spell.

“It was fun,” Wolfe remembered in a 2007 interview with SlamWrestling, “and it was a good deal for me. It was all expenses paid to travel with him, plus I would also get to work (in the ring), so I would also get my payday for that. I had him from about April through December — around eight, nine months. He was a good guy, and smart. He was very bright, he just didn’t always know how the boys worked. I told him two things: one, to stay away from Davey Boy (Smith) and Dynamite Kid; and two, I let him know that the rest of them were (likely) going to give him some grief, because there was resentment that he came down there and was making big money, but he hadn’t done anything. He was offered a full-time job, but didn’t take it, otherwise, I would have traveled with him some more.”

In 1996, Lister did make a blink-and-you-missed-it moment in World Championship Wrestling as Z-Gangsta, and wrestled in a few independent shows, primarily against Abdullah the Butcher in Puerto Rico. Sal Corrente was the referee for three of their bouts, and posted to Facebook that “They were some very interesting matches.”

Corrente continued, recalled a bout in California: “A few years later Rob Russen was booking a card in Imperial, CA. They insisted that they wanted Zeus, so Rob booked him. I advised him he had better get Abdullah because anyone else would likely struggle. He called Abdullah and he agreed to do it. When we got there Zeus was relieved to see me.”

The movie, however, is fairly forgettable. George Powell of the San Francisco Examiner wrote, “If you like virtually nonstop primordial pummeling and gratuitous, yet nearly bloodless brutality, a plot device stolen from It Happened One Night, dirty urinals, massive facial close-ups of the protagonists … and a plot reminiscent of a Saturday morning He-Man cartoon, the answer is yes.”

Lister was hardly defined by No Holds Barred, and he was in a number of major movies, including the Batman movie The Dark Knight, The Fifth Element, but is perhaps best known as Deebo in Friday, and its sequel, Next Friday. He got to work with Hollywood royalty, from Marlon Brando and a young Johnny Depp in 1994’s Don Juan DeMarco, and in two Quentin Tarantino movies, Things to Do in Denver When You’re Dead and Jackie Brown.

He also served as an executive producer with HBO’s Judgement Day and a handful of other projects. 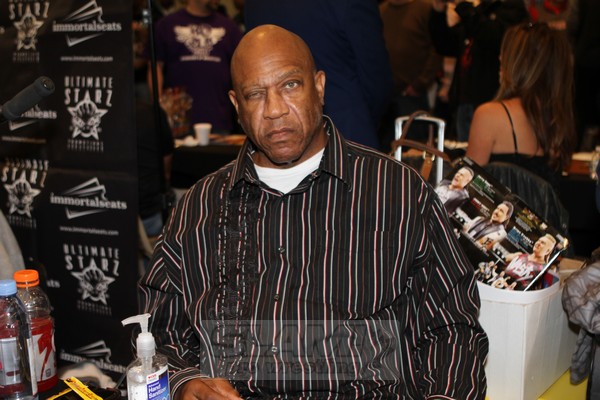 Tiny Lister at a wrestling fan fest in 2018. Photo by George Tahinos, https://georgetahinos.smugmug.com

In 2010, Lister was in the news after buying a $2.5-million home in Calabasas, California.

Away from the set, Lister made time to talk at schools about religion and resisting peer pressure. According to a 2003 article, though, Lister pitched a children’s morning television show called On the Ropes, where he would play an ex-wrestler who was now a school janitor that dished out advice and self-defense lessons to kids.

Lister and his wife, Felicia Forbes, had one son, Thomas Duane Lister III.