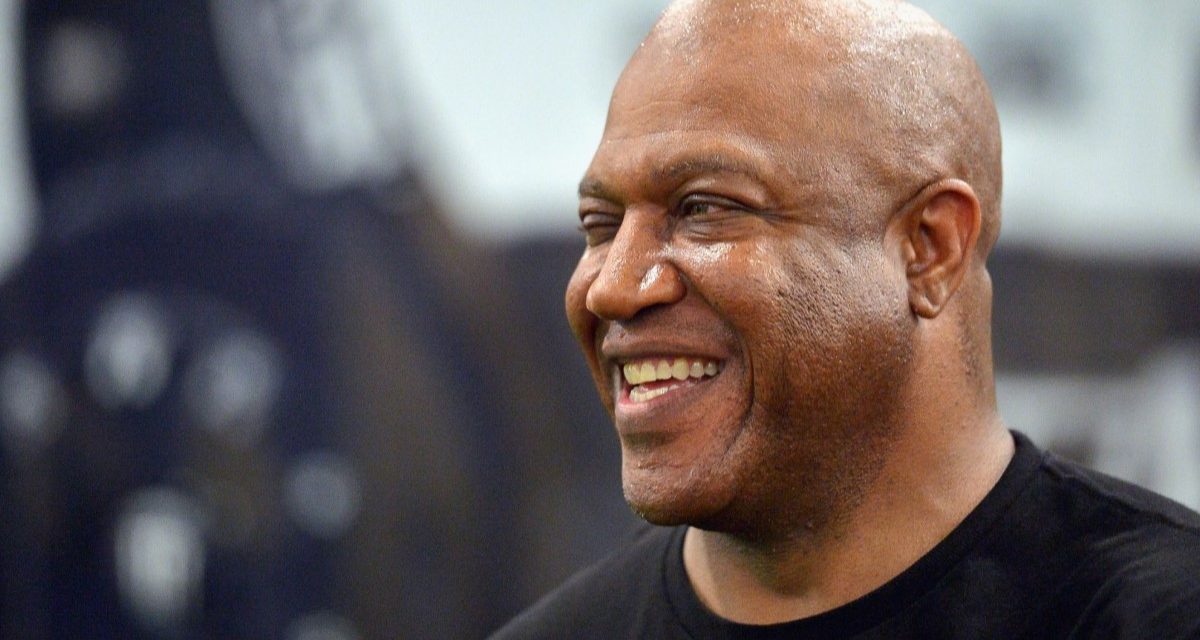 I didn’t know Tommy “Tiny” Lister, who passed away on Thursday, December 10, at the age of 62, and I won’t pretend that I did. From afar, my impressions of him included the obvious, which was his physically imposing look, and, especially after speaking with him over the phone in 2012, an understanding that he was more complex and layered a person than how he appeared on the screen.

In that conversation, Lister walked me through his arrival in the world of acting, which was fashioned as an escape from his growing up in Compton, California. Instead of getting into gangs, he got into Western movies and church. 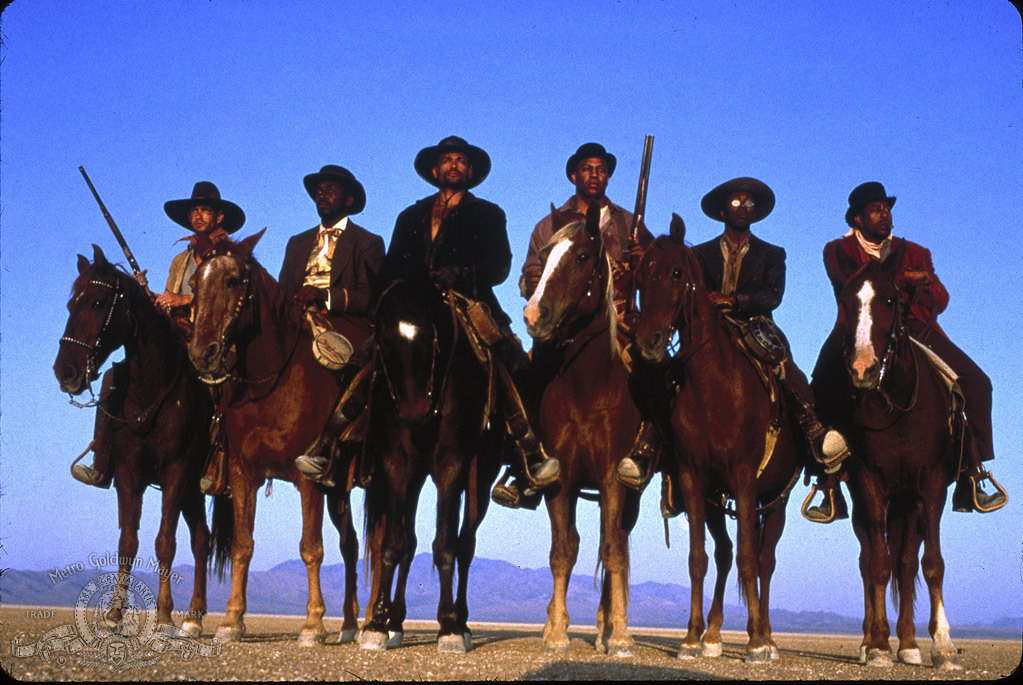 With his role in 1993’s Posse, Lister (third in from the right) was able to share a film (if not the screen) with Woody Strode, who had inspired him as a youth with his screen presence. Photo: IMDB

What followed was an acting career that was approaching 40 years since Lister appeared on the TV show Webster and, soon afterwards, landed a small role in the feature film Runaway Train that eventually put him into consideration for the role of Zeus in No Holds Barred.

Since 1984, with over 200 credits, Lister found himself a niche. He was scary looking, with no way to hide a blind, wandering right eye caused by a detached retina, but he could flip the script and deliver soft-spoken performances.

In our chat, he talked about his role in Christopher Nolan’s Batman move, The Dark Knight, which was perhaps as best a microcosm performance as he could give. He plays a towering, threatening criminal who seems poised to make a callous decision, only to go the other way and provide a surprising moral example in a nihilistic world.

And that was Lister’s calling card. He wouldn’t be granted leading man status in his biggest feature films, but he could be counted on to steal the scene, and sometimes the whole show, with whatever part he was given. 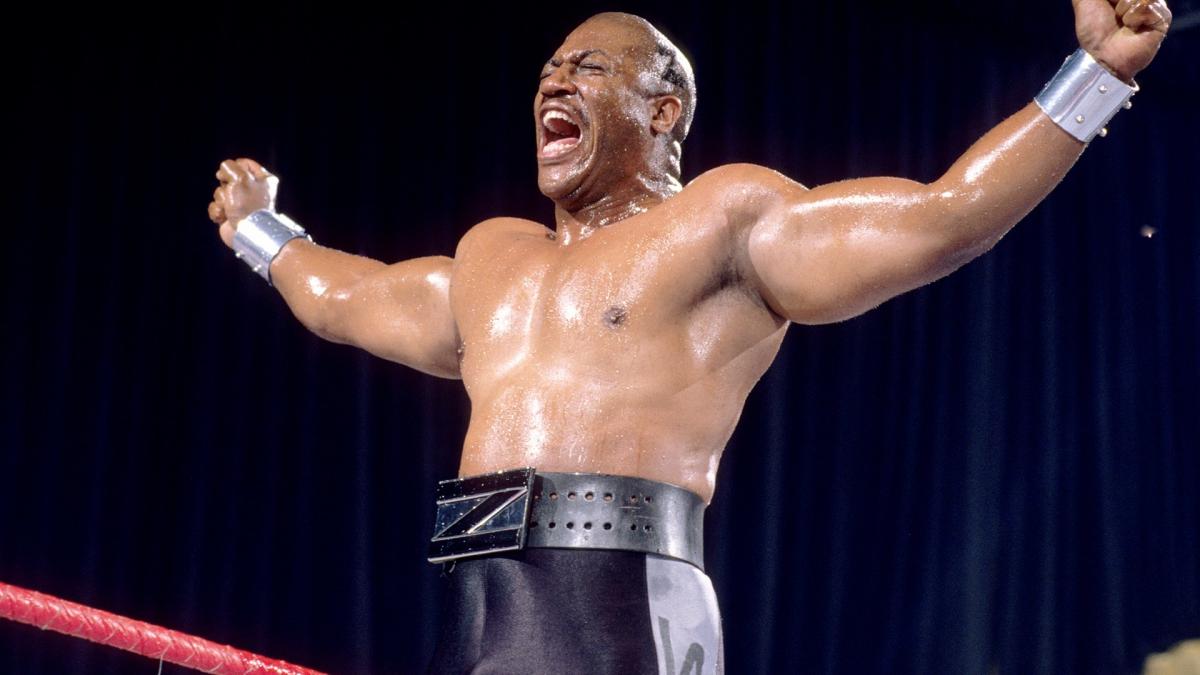 Lister brings his stature to the role of Zeus in 1989’s No Holds Barred. Photo: WWE

Lister didn’t have much to do as Zeus. He bellowed, beat his chest, and did what many had done and many more would do: he lay down for Hogan. In fact, Lister would do it again at SummerSlam in 1989, taking a classic Hogan leg drop for a three-count. And again, in a PPV entitled No Holds Barred: The Match/The Movie, Hogan would dispose of Zeus both in the film and in the ring in the very same night. That was pretty much it for Lister’s in-ring career (aside from some indy dates against Abdullah the Butcher and a forgotten WCW appearance).

Of course, No Holds Barred was designed to further Hulk Hogan’s acting career, not Lister’s. There was no question who the star was: it was the blond, rugged, “Real American” Hogan. Lister, though, is the one who parlayed a limited role and his atypical Hollywood appearance into a work slate that never abated, and even looks to continue posthumously with a number of completed or nearly-finished films in his filmography. 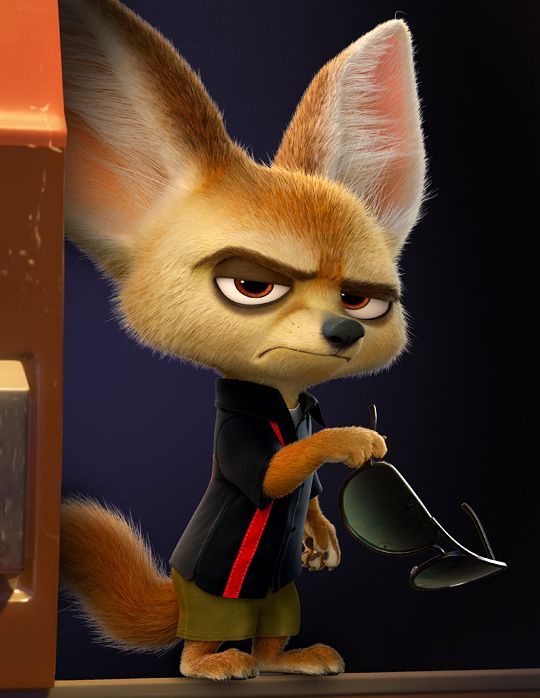 The secret to Lister’s career was evidently simple: it was to work. In a 2014 story on Lister written for Grantland.com, director Jules Stewart says of him “that he just keeps going. That’s sort of the secret in Hollywood. A lot of people give up, and when you give up, you’re finished.”

Sadly, Lister had hardly given up, and not just regarding his future acting plans. Earlier this year, Lister revealed that he had contracted COVID-19, and had very recently said in an on-line interview with Brandon Jay that he was anxious for the vaccine to arrive. “I’m takin’ the vaccine because I’ve got work to do too, especially for the kingdom of Jesus Christ.”

Instead, details are beginning to emerge that Lister was suffering from coronavirus symptoms in the days leading up to his death. It’s a rattling situation, at a time when there is so much uncertainty among so many healthy people as to whether they will engage in vaccination, here was a giant of man who may have simply ran out of time waiting for his turn to take it.

It feels unfair, except that such an idea leads to a concept of universal fairness that I don’t prescribe to. Besides, Lister would be the first to admit that he wasn’t faultless in his life. At the very least, he seemed determined to turn his own problems into possibilities for others, such as his revelation that pleading guilty to a mortgage fraud scheme in 2012 (this occurred very soon after I had interviewed him) is what led to community service, which he loved and felt was a mission specially designed for him to fulfill. 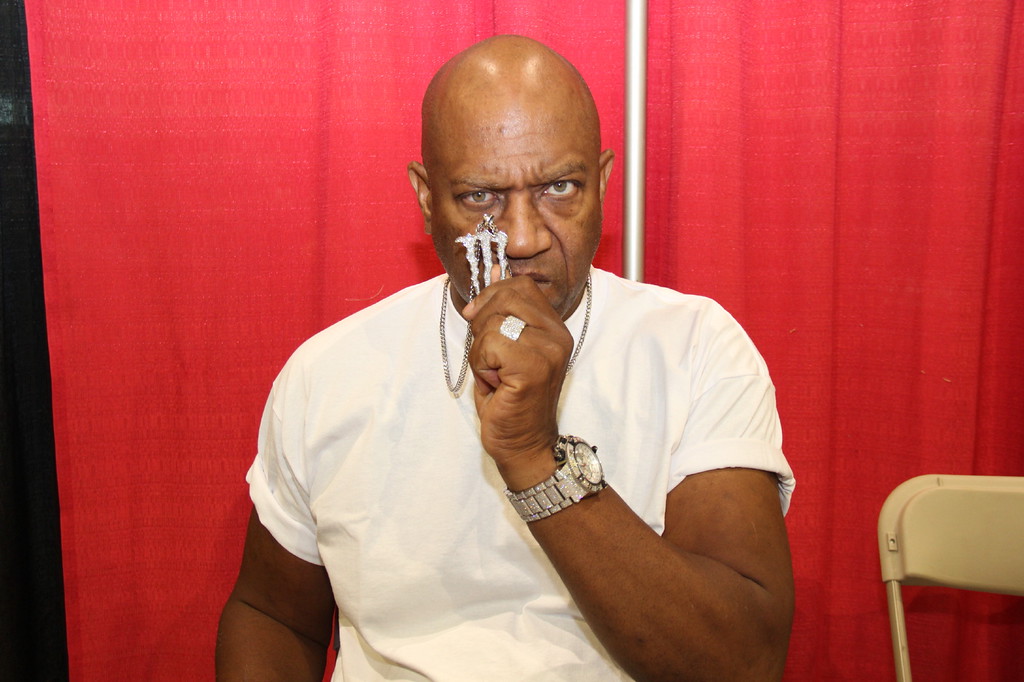 Tiny Lister at a wrestling fan fest in 2015. Photo by George Tahinos, https://georgetahinos.smugmug.com

Now, as posts and tweets roll in from both those that knew him well and those that loved his work, Lister is receiving a leading man’s adulation for a day. It seems a poor reward for a lifetime of supporting work, but that was his place in the pecking order and he seemed to be more than just at peace with it — he seemed to relish it.

The next customary step in grieving the loss of a person one has never met is to celebrate their work. Watch The Dark Knight again. Watch Lister dominate the screen in Friday (and Next Friday) as the beloved Deebo. Watch him add his dash of menacing to a Key and Peele sketch and an episode of The Fresh Prince of Bel-Air. Listen to his unmistakable voice in Zootopia. Look for him under Klingon make-up in the premiere episode of Star Trek: Enterprise. Finally, watch him be presidential in The Fifth Element as he calmly watches over the galactic federation.

None of these are top-billed roles. All of them will stay with you as much as any other performance. That’s what Lister did best.