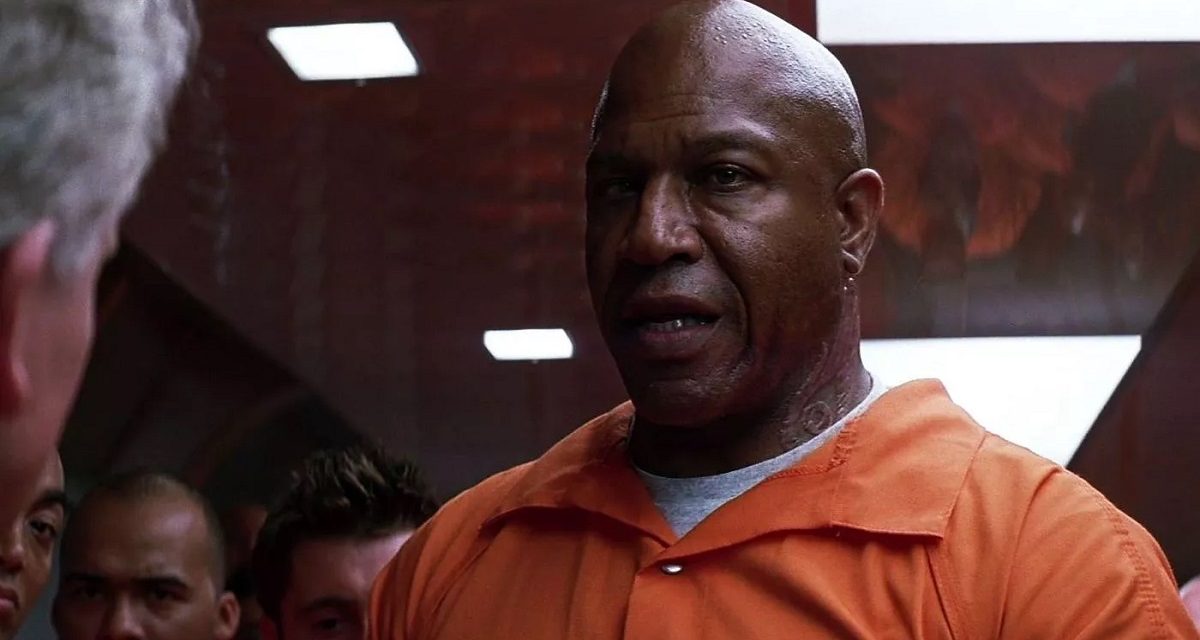 Tommy Lister is a hard man to pin down, and that’s not referring to his time spent as Zeus, The Human Wrecking Machine, who in a jealous rage followed Hulk Hogan from Hollywood to the WWE and provided a classic monster heel to stand against Hogan’s interminably victorious heroism. Lister is as big as the WWE billed him: 6’5″ and 300 lbs., but he’s as likely to hug you as body slam you, prefers not to swear when performing his tough guy roles, and relies on his faith, not his muscles, to provide him strength for life.

Zeus, if you aren’t familiar with Lister’s short in-ring career, was a character created for what was essentially WWE Studios’ inaugural film release, 1989’s No Holds Barred. You can tell from the WWE’s promotional material for the recent DVD release of the movie that it’s not something of which they are particularly proud. With comments suggesting that it was funny when it wasn’t supposed to be preceding commercials for the film aired on Raw and SmackDown, this looks like another attempt by the WWE to distance themselves from one of their own commercially disappointing ventures by poking fun at the creation rather than the creator.

It probably has something to do with the fact that Hulk Hogan is not currently employed by the WWE; you can bet if he was on his Hall of Fame tour with the company this would be touted as a landmark cinematic achievement. The truth, predictably, lies somewhere in between. This wasn’t a great movie, but it was an important movie in many ways, and especially for Tommy Lister.

Nearly 25 years after the cinematic run of No Holds Barred, Lister spoke with SlamWrestling.net about the film that he unhesitatingly ranks as one of his own great accomplishments and credits, along with Vince McMahon and Hogan, in helping further his own remarkable career.

He was born in Compton, California, in 1958, and thus grew up surrounded by the social turmoil that marked his hometown as a nationally-recognized hotbed for gang violence. Lister was also potentially hindered by a lack of motivation and support from his home, which, in his father’s case, seemed to come from a bad mesh of personalities more than purposeful contempt.

“My father told me I would never be nothing,” Lister recounts matter-of-factly. “He couldn’t figure me out, but it gave me fuel to be an overachiever.” Lister discovered two ways “out of Compton”, as he describes it: sports and acting. His natural size and strength led to his becoming a champion shot-putter in 1982 while attending California State University, and, while pro wrestling was not on his radar at all, he was drawing inspiration from a trailblazing athlete/actor who had also found a way to let wrestling and movies compliment one another: Woody Strode. 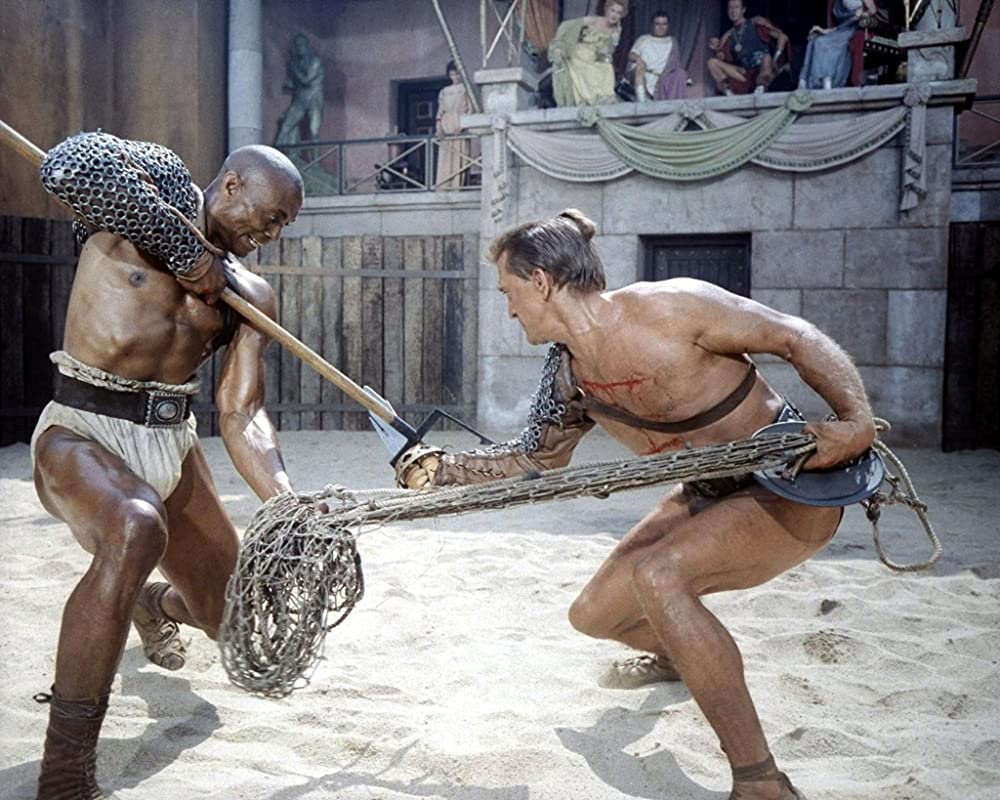 “Woody was the first black heavy in Hollywood; I have a picture of me and Woody in my house, and I remember when I first met him I cried like a baby,” Lister explains, excited just to have the chance to talk about his affection for the man. By “heavy”, Lister is referring to what he sees as a fairly elite circle of actors that can play the type of imposing role at which he also excels. “I knew what he had done for me and Michael Clarke Duncan, Terry Crews, Ving Rhames — Woody was the pioneer and he’s my hero. I always pay respect to people that paved the way for me.”

That paved path led to Lister’s appearances as brutish characters such as “Prison Guard” and “Tiny” (the latter being Lister’s own ironic nickname), but these performances allowed just enough room for him to show something beyond the ability to simply stand tall. Peter Young, long-time agent for Hulk Hogan, was instrumental in putting Lister up against Hogan in No Holds Barred, and remembers seeing a spark of individuality in those early performances.

“I first became aware of him when he sent me his demo tape,” Young expresses. “A lot of it is his physicality, but there’s a scene in Runaway Train where he plays a prison guard, and I said to myself that not only is this a big scary guy but a great actor.”

Lister must have had something that made more than just Young take notice, because you don’t fashion a career of his calibre without more than size on your side. Presently, he has appeared in more than 150 film and television productions, and Lister positively gushes as he lists off the people he has had the opportunity to work alongside.

He goes on, too, listing the directors from whom he has learned and benefitted: Walter Hill, Quentin Tarantino, Christopher Nolan, and Luc Besson. It was Besson that directed Lister in a truly atypical performance in The Fifth Element as the cool and rational Galactic President Lindberg, and Lister feels obliged to stake a claim to a certain honour accompanying that role. “Tell Morgan Freeman, Danny Glover, and Chris Rock that I was the first black president,” he insists. “You tell Obama when you talk to him, too.” 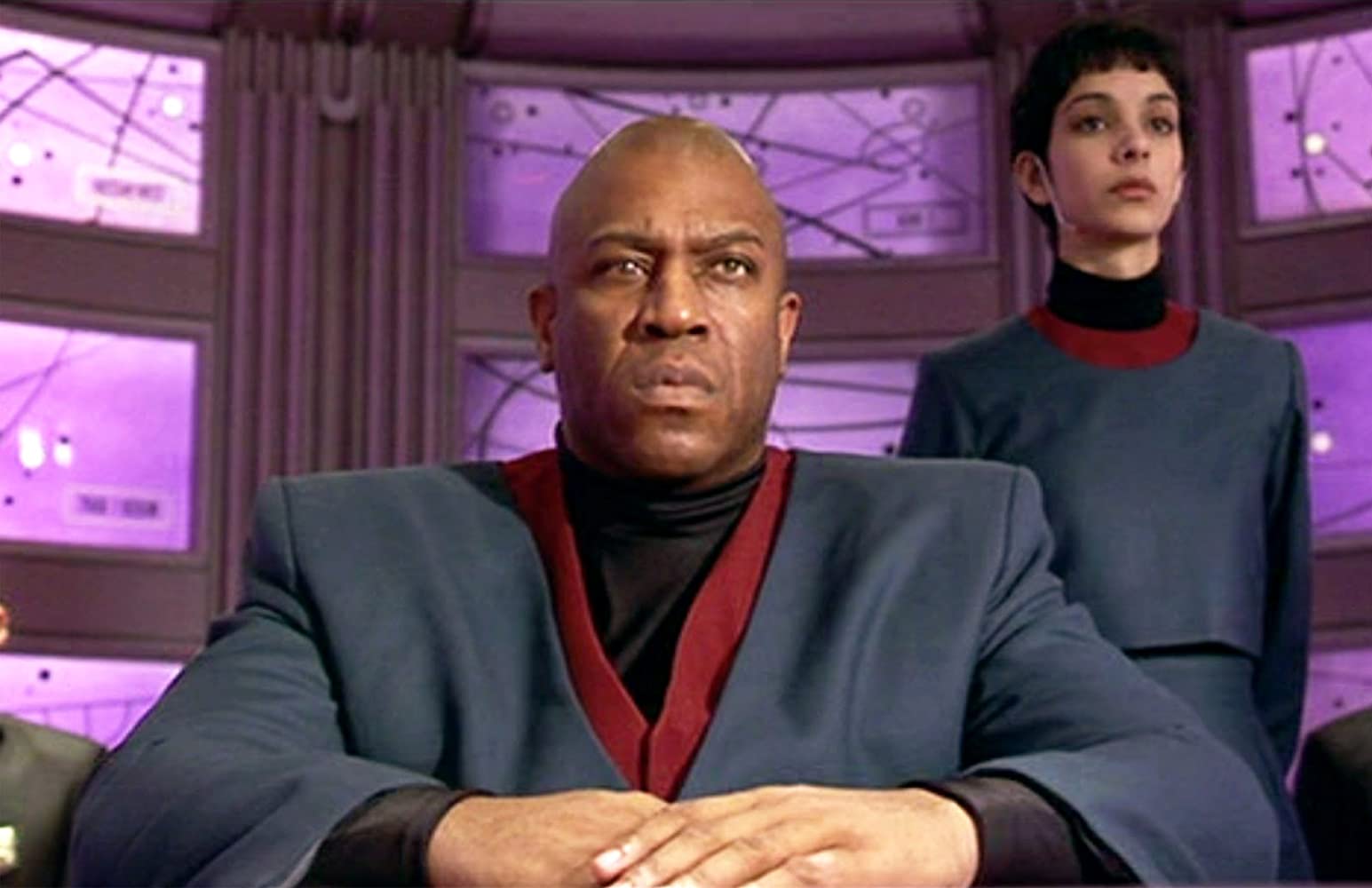 Lister as the Galactic President in The Fifth Element. Photo: IMDB

All the same, it was his early roles, which capitalized on his size and his menacing presence, that opened the door for him to play Zeus. What he wasn’t expecting, though, was to carry on that role between the ropes in a lengthy feud with Hogan. “It was never talked about at first,” Lister recalls, acknowledging that the idea of wrestling with Hogan came about after the movie’s release. “Then they asked me about it, and I said no at first, but we’re going to give you $40,000-$50,000 a day for ten minutes.”

If his being motivated by the pay-out strikes you as being less honourable than someone earning their stripes wrestling in the indies, Lister confirms that you wouldn’t be the only one. “I know I created a lot of friction when I came from Hollywood,” he admits. “But Vince McMahon took care of me when I was in his world, making sure I was all right. Macho Man took care of me, too.”

Lister teamed with Randy “Macho Man” Savage as the duo sought, as many others have, to end Hulkamania. Ultimately, Lister’s legacy in the WWE is similar to what he brings to a film: his role is not long-lasting, but he makes his mark and is remembered. Lister’s run as Zeus lasted less than a calendar year, and a 1996 return engagement in WCW was even briefer, but it’s a character that Lister believes left an impression. 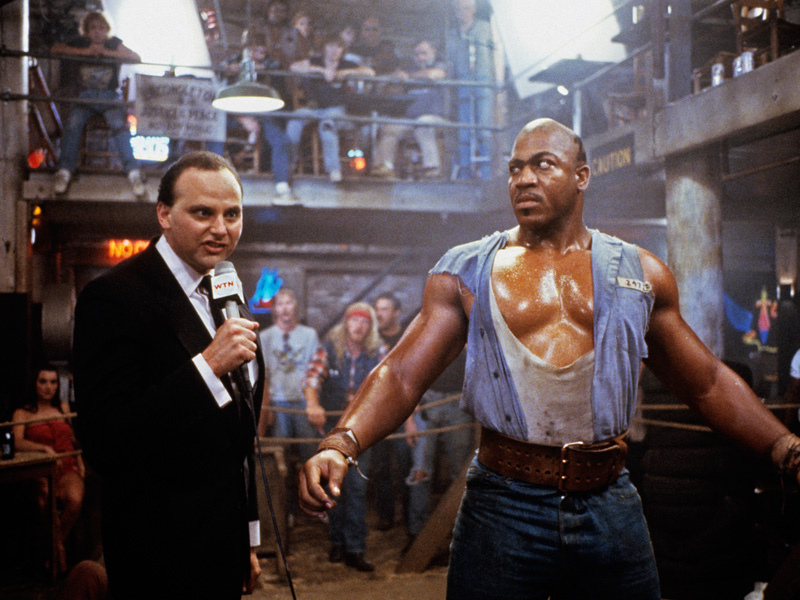 Lister as Zeus alongside his nefarious manager Kurt Fuller in No Holds Barred. Photo: IMDB

Given his druthers, Lister would have kept on going as Zeus, too. “If I had a second chance I wish I had done it for real for a little while,” he says with some lament. Young chimes in regarding Lister’s potential for a lengthier wrestling career: “He learned very quickly, going from a guy who never wrestled to a guy main eventing pay-per-views,” Young recalls. “He did very well and they liked him there. I remember Hulk talking about how strong he was and that he didn’t know his own strength, and I think Hulk really liked working with him.”

Still, with the next breath, Lister admits that the grind of the wrestling business did not appeal to him, and he is the first to admit he was never enthused about the toll it takes on a body. “It hurts when you break your ribs, and it hurts when you break your nose,” he stresses, directly referencing the broken nose he suffered while working with Hogan. “Then again,” he says with a chuckle, “Hogan didn’t break my nose in the ring, he broke it on the movie set.”

So, for a combination of reasons, Lister’s wrestling days were all but done, but his Hollywood career was just taking off. In the mid-’90s he turned in his most enduring performance as neighbourhood bully Deebo in Friday, returning in the film’s sequel as well. The ’90s also gave Lister the chance to work with Strode in the western Posse, bringing him full-circle in a sense to become himself the kind of actor that paves paths for future “heavies”.

In the latest era of professional wrestling, it has become avant-garde to recognize that being a jerk in the ring doesn’t equate to being a jerk in real life; Lister has always been able to clearly define the boundary between playing a part and living it. “I’m not a real gangster, and I’ve never been a Blood or a Crip,” he insists. Growing up in Compton may have exposed him to the lifestyle, but all it did was encourage him to go in another direction. “In order to be a better person, the way I see it, is to work on yourself spiritually. But when I’m in a movie, and they call on me to curse I’m going to curse; I’m not going to betray my craft.”

This seemingly duplicitous nature is perhaps best exemplified, and indeed emphasized, in Lister’s small but important part in The Dark Knight. Lister plays a convict who has a choice between an act of vengeance and an act of redemption, and he even bent the ear of the director to help portray the character as he thought worked best. “I asked Chris Nolan if I could pray in the scene, because I want everyone in the scene to be at peace about dying,” he describes. “Chris said, ‘No problem’, so the extras gathered around me and we prayed, and that’s how he shot it.”

“Working with people like Will Smith, John Candy, and Michael Jackson, they always tried to spread love. I play these tough guys, but I try to put myself out there as a positive role model.”

It is sentiment and perspective like this that gives Lister the ability to play it big or small, perhaps as Zeus, yelling incoherently, or as himself, speaking with his passion and clarity. Above all else, one can really hear the gratitude he feels for getting a chance to, as he put it several times, be “living a dream.”