Mat Matters: Remembering Gary Howard, one of our own

Somehow, we missed the death of one of our own. Gary Howard, who contributed two dozen articles to SLAM! Wrestling over the years, died on February 18, 2012, but I didn’t hear about it until recently. 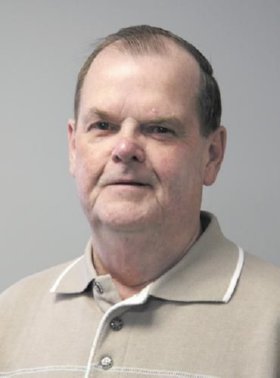 While this tribute may be coming a year and a half late, it is important to acknowledge Gary’s contribution to professional wrestling history, and to this website.

He came onto our radar with his book, The Rassler From Renfrew, which is easily one of the best biographies on a wrestler and territory that exists. But it probably escaped unnoticed, which is a shame. It tells the story of Larry Kasaboski and wrestling in the Ottawa Valley (where Renfrew is located) and Northern Ontario.

Naturally, Gary and I struck up a friendship because we both loved the old-school wrestlers, their tales from the road and their spirit of adventure. A freelance writer, and newspaper columnist, Gary jumped at the chance to contribute stories to this website. We would bat around story ideas, and he always delivered top-notch pieces, and knew the importance of art with the stories, including photos and clippings.

To celebrate his contributions, we have put together a page with all his stories, including some of his articles for the Pembroke Daily Observer, which is a part of the Sun Media chain of newspapers.

But I’d like to highlight a few of his gems from the past, and I encourage you to take the time to read them:

— The long journey of Bulldog Lee Henning tells the story of one of the gumpiest-looking mugs ever in pro wrestling.

— Gary was an expert on explaining complicated wrestling relationships and similar names. Frenchy Roberre, for example, was not Yvon Robert; Bobby and Franky Hart were not related to Stu Hart’s Calgary clan, but were important Canadian stars as well; And John Yachetti was one Beast, but not the Beast from New Brunswick, who was Yvon Cormier.

— Somehow, he got the “midget beat” from me, and delivered some great profiles on Cuddles Anderson , Tiny Roe, Pee Wee James

— Some of the wrestlers who contributed to The Rassler From Renfrew got longer profiles on SLAM! Wrestling, like Bill Curry and Doug Kinslow.

And, ironically, his last story specifically assigned by me was a column about the passing of midget wrestler Little Brutus, and how it had escaped notice. [Little Brutus’ overlooked passing a reminder that stories need to be kept] 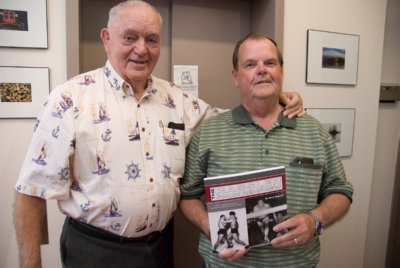 I probably talked to Gary about three years ago. He hadn’t been in touch for a while, so I gave him a call. We chatted and he told me a little about his bout with cancer. Somehow it didn’t register with me that it was terminal, and I am saddened to say that was the last time we were in touch.

While in Renfrew in late October for a meeting of the Society for International Hockey Research, I got talking to a few people. Naturally my interest in professional wrestling comes up, which brings up Gary Howard, who lived in nearby Pembroke. It was then that I learned that he had died.

That got me looking for more information, which wasn’t hard, given his status with the newspaper.

“He wrote passionately about sports, politics, everyday life, and the community he loved,” wrote Sean Chase in the Pembroke Daily Observer‘s tribute to Gary. “His poems found their way onto some of Pembroke’s landmark murals. His pen is now, sadly, silenced.”

We never talked a lot about our families, though I knew he had one — but not this big! He and his wife, Pierrette, had seven kids: Mark, Joanne, Cathy, Nancy, Michael, George, and Lynn, which meant that he left behind a huge family, which included 15 grandchildren and five great grandchildren.

Gary, thanks for all that you did to contribute to the history of professional wrestling. No doubt one of the first persons you sought out when you walked through those Pearly Gates was Larry Kasaboski himself to gain some more insight.