Tiny is as Tiny does – and Tiny Roe did it all

Whenever you call to mind all the great midget wrestlers who worked the territories in the glory days of pro wrestling, the name of Tiny Roe usually ranks with the best even though he was often overshadowed by his more famous contemporaries. 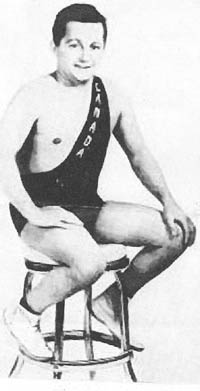 All avid wrestling fans have vivid memories of their favourite midget. While Tiny Roe stood 4’10” tall with a normal physique, he was classed as a midget and thrown into the mix of mighty mites that traveled the wrestling world in the 1950s. He started out at 98 pounds and after a decade of traveling and living life in the fast lane, he topped over 100 pounds, slightly heavier than the average midget.

But however much weight you give the statistics, tiny is as tiny does and Tiny Roe more than lived up to expectations from promoters, fans and fellow wrestlers as he made his mark alongside the best in the business.

Roe was born Jean (John) Roy in Montreal in 1927, the son of normal size parents. His sister stood 5’11” and dwarfed her brother. But Tiny Roe was not a dwarf or a midget and in comparison to his contemporaries, he was often referred to as a little man, handsome, well groomed and well spoken.

In a worked business rife with a publicity mechanism that would rank with the efforts of a Hollywood film studio, it is sometimes difficult to separate fact from fiction. Publicity stories referred to Roe as The Golden Boy of France having first seen the light of day in Paris. Others claimed that he actually started out as a jockey at Blue Bonnets Racetrack in Montreal but was soon attracted to the wrestling ring by the lure of better money.

In reality, Roy lived a normal childhood in Montreal and after leaving school at age 18, started working in a car wash. But it was no doubt the lure of potential wealth as a pro wrestler that attracted him to the game. In his late teens he began working out with a local wrestler known as Lionel “Nell Nell” Langlois and a midget named Marcel Gauthier. They regularly tested their ring abilities at an all-purpose sports facility in Montreal called St. Jean d’ Baptiste. 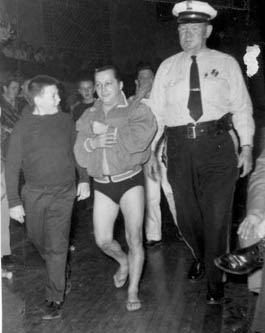 Tiny Roe heads to the ring, accompanied by a young fan and a security guard. Photo courtesy Jason Roy, the grandson of Tiny Roe.

Langlois was a normal size wrestler who worked for a brief period in and around Montreal but never made it into the pro ranks. But the diminutive Gauthier gained superstar status in the midget ranks as Sky Low Low. Young Roy would follow his friend to stardom, first working in the Montreal area as Mickey Langlois and then adopting the more apt ring name of Tiny Roe.

Both Roe and Low were recruited by Jack Britton and along with Pee Wee James they became the first in a long procession of midget wrestlers from Quebec who would bring the genre to a lofty status. His early career paralleled the path taken by the other midgets and soon names such as Fuzzy Cupid, and Tom Thumb were on the scene.

Britton’s son, Gino Brito, an icon in Montreal’s wrestling past, recalls Tiny Roe and the midgets with fondness. When starting out in the game, Gino was recruited by his father to transport the midgets to the various towns and territories. As a result he became well known to promoters which stood him in good stead when he later went looking for work as a wrestler.

“Tiny Roe was one of the first midgets,” Gino recalled recently. “Along with Pee Wee James, Fuzzy Cupid, Sky Low Low, Cowboy Cassidy, Farmer Pete and Tom Thumb, they all worked on cards regularly at the stade Exchange at the corner of Mont-Royal and Iberville in Montreal. When they started traveling outside the city, my father appointed me to drive them and look after them.”

At the time, Jack Britton was working out of Bert Ruby and Harry Light’s office in Detroit and traveling back and forth to Montreal. Soon, Roe and his cohorts were crisscrossing Canada and the United States, never staying in one place for any length of time. Roe also went on junkets to the Caribbean, South America, Mexico, Cuba and several countries in Europe. Even though he worked as a heel, the fans were attracted to his swift footwork and brilliant maneuvers especially the dropkick which he used well to his advantage. The popularity of the midgets seldom waned. 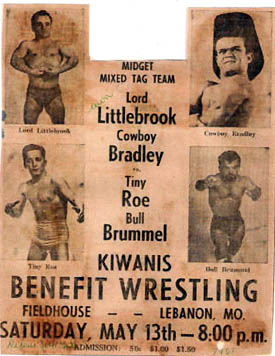 “Tiny Roe had a normal proportioned body and was a good worker,” Brito continued. “He worked well with the smaller midgets and in other mixed bouts.”

As was the custom in some territories, promoters staged mixed tag teams, often pairing the midgets with girl wrestlers and normal size wrestlers. As such Roe found himself partnering Dot Dotson and Kathy Starr or Maurice Vachon and Gorgeous George Grant. One of his favourite opponents and friends was Cowboy Bob Bradley who he worked with quite often. Most midget wrestlers worked with each other but some not as often as others.

“Above all,” Gino recalled, “he was a real general in the ring. He would pace the match. With someone like the Brown Panther, who could get confused, Tiny would guide him through the match. With others like the Mighty Schultz it was just natural that they knew each other’s moves and worked well together.”

Tiny Roe always gave a good performance in the ring and Britton was quite pleased with him and relied on him. He never gave a poor showing.

“He was a bon vivant type of guy,” mused Gino Brito. “He liked to make out with the young ladies. He liked to party and stay up late which he often did. He had a thing going with one lady wrestler I knew of. At times, they partied together ’til 5 a.m. She eventually married a normal size wrestler.”

All evidence points to a carefree lifestyle on the road but another situation on the home front. 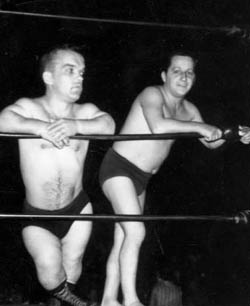 “I knew him,” recalled Little Brutus, “but didn’t know him well because he was one of the taller midgets, more of a little person and he worked with the bigger midgets. But he broke in early and was one of the top midget wrestlers.”

But Brutus was not the only one who did not have a close relationship with Tiny Roe at all times.

His daughter Carol has bittersweet memories of her father.

“He and my mother married young,” she stated, “but eventually they separated. When I was growing up, he came and went. I never heard from him for about 10 years.”

As a young girl, she met many of her father’s wrestling friends but there was never a family closeness and finally total separation hit the family.

When the bright lights at centre ring faded for Tiny Roe, he settled down in Windsor, Ontario, across the river from Detroit where he had some of his greatest glory at Cobo Hall. Always personable and outgoing he found employment as a waiter at the Calcot Hotel. A born performer, Roe was a popular employee and kept the paying customers amused with his animated banter and good humour. He loved to play the clown. Often he would do pratfalls while carrying a tray load of beer.

It was in the border town that his daughter went to live with him and his girlfriend who he later married. They were not happy times for Carol and not an ideal arrangement. 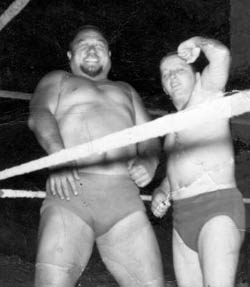 “He stopped wrestling when he was about 33-35 years of age,” she recalled. “He had bad knees and bad feet. Otherwise he was in good shape and could have continued.”

Although Carol saw some of her father’s matches, most memories are not clear. She does recall a non-wrestling appearance he made at Cobo Hall with Bobo Brazil and Little Beaver. She found employment as a waitress in the restaurant at the hotel where her father worked. For the first time she was able to witness her father’s flair for showmanship and his popularity with the public. 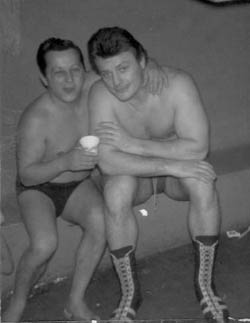 But their relationship was far from perfect with some memories still painful to this day.

Tiny Roe died in 1986 at the age of 59 in Windsor, Ontario. His daughter has scant recollections of the funeral to this day.

Too often, performers are only judged by what they do on stage in front of their audience. Little consideration is given to the sacrifices they make in order to share their talent with the world.

The way Tiny Roe performed under public scrutiny was not always what you saw in real life. But it’s a safe bet that he lived life to the fullest his own way.

Even though he won in the ring, he was not always victorious in the real world. But that is the price one often pays for fame.