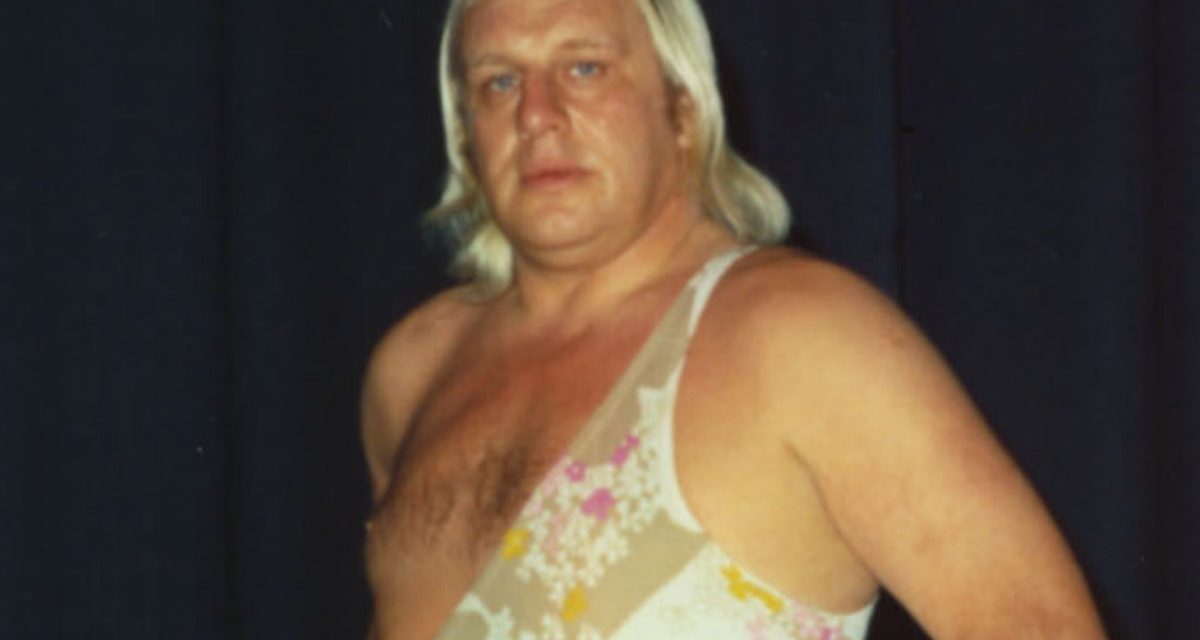 It’s unfortunate that Terry Garvin’s legacy as a pro wrestler has been clouded by sexual allegations leveled against him in the early 1990s, leading to his dismissal from the WWF.

But the fact is that he was a solid hand in the ring, and a very good front office employee for various promotions, helping to book territories from Amarillo to Kansas City, and owning a small portion of the Northern Ontario area.

“They had everything at this place. They had boxing, judo, wrestling, professional wrestling, amateur wrestling,” said Ronnie Garvin.

It’s believed that Joyal got his start in Northern Ontario in 1958, as his mother was from Renfrew, Ontario.

“I used to see him hanging out at the matches in Pembroke even when he wasn’t on the card,” recalled historian Gary Howard.

In 1965, he came into Northern Ontario for the summer tour with a promising young Montrealer. It was Ronnie Garvin. For the next five years, the Garvins were the big ticket in Northlands Wrestling, acting as the heels or faces depending on the circumstances.

“When they returned for the 1966 season, Ronnie told me that Kasaboski gave them each 25% of the promotion,” explained Howard. “No one else I spoke to has substantiated that but the Garvins kept coming back year after year and were the main attraction on the circuit.” Howard added that he often saw Terry handling promotional work until the Garvins left the territory for good after the 1969 summer season. (A side note: Ronnie’s stepson Jimmy often helped Larry and the boys set up the ring and eventually entered the business as Jimmy Garvin, the manager of Terry Garvin and Duke Myers. He married Patty, a North Bay girl better known to fans as Jimmy’s valet Precious.)

When Terry Garvin hit the road — aside from Northern Ontario and Quebec — his first notable title reign came with Ronnie Garvin in Florida in 1967.

Despite the common east Montreal heritage, Ronnie insisted that he wasn’t close with Terry. “We weren’t even close,” he said, explaining that he has never been a night person, never one to frequent the bars.

The duo would team off and on for years, and were Georgia tag team champions in 1974.

Duke Myers was also a championship partner to Terry Garvin in Oklahoma and Louisiana in 1972.

As a wrestler, Terry Garvin had the respect of his peers.

“Terry was a hell of a heel,” said Ed ‘Moondog’ Moretti. “Great worker, reputation in the business. Good reputation. Played a lot of ribs on a lot of guys, but fun guy to be around.”

In a special edition of Whatever Happened To … ?, Frankie Cain talked about bringing in Terry Garvin and a very young Jimmy Garvin (Jim Williams) when he was booking Australia in the late 1960s. It was Cain who convinced Terry to play up the effeminate character.

Cain explained his debut for Terry Garvin on TV. “I panned a chair with the camera and told the guy from the control room,’ When the announcer announces Terrence Garvin, keep the camera on the chair for ten or fifteen seconds, then Terry will come out and sit down.’ Well, Terry could do a sit-down where his ass would swish about three times before it hit that chair. I don’t know how he did it, but it was remarkable. The people went nuts.” Terry then gossiped about other wrestlers. Eventually, his heat was so much that Cain paired him with a bodyguard, Steve “The Crusher” Rackman.

On a later trip to Australia, Garvin would meet his future wife, Chris, where she was working as a cocktail hostess in a strip club. Later, in the U.S., they had two children, and she became a nurse before the couple was divorced.

“Terry worked hard in the business, and in his day, he was a very good worker who could work a gimmick as well as anybody,” wrote JJ Dillon in his autobiography, Wrestlers Are Like Seagulls.

Dillon also worked with Terry Garvin in both the Amarillo and Kansas City offices. “Terry Garvin and I did whatever we had to do to make the Amarillo promotion a financial success,” wrote Dillon. “We wore many different hats. Concession is a big part of the income that keeps a promotion going, so Terry would get huge bags of popcorn, 2-liter bottles of soft drinks, and bags of ice, at wholesale prices, and the promotion would sell them.”

But, like a lot of wrestlers, his reputation has overshadowed his accomplishments. But it’s not the sexual aspects that are usually brought up first — Terry Garvin was a generally known homosexual man — it’s the ribs.

“Terry Garvin was a notorious ribber. He could be a vicious ribber, too,” wrote Dillon. “In Kansas City, we worked in a lot of high schools, so we showered and changed clothes in the boys’ locker room. Terry would test the locks on the lockers, trying to find one that wasn’t locked. When he found one, he would take it off and lock it on the handle of one of the wrestler’s suitcases.”

“Terry Garvin did something one time that put me in shock, and I seen Terry do everything,” said Frankie Cain (The Great Memphisto). They were in Australia, and in a restaurant with a gay waiter. Before his rib, Garvin waited until the waiter had his hands full with a tray of drinks. “Terry goes over, unzips John’s pants, and takes his doucher out. The guy couldn’t do anything. People are coming off the elevator and he’s standing there.”

His old friend from Montreal, Pat Patterson, got him hired by the WWF in 1985, ending his in-ring wrestling career. Terry Garvin served many different roles with the company, including helping book the promotion and arrange television, and supervising the ring crew. He would also serve when needed as a referee.

The book, Sex, Lies and Headlocks by Shaun Assael and Mike Mooneyham, covered a lot of the accusations and fallout. “[U]nlike [Pat] Patterson, Garvin wasn’t discreet about his lifestyle. He used his job to arrange trysts for himself and saw no reason to be particularly secretive about it. Nelson Sweglar, then the company’s operations manager, remembers walking into a bus and seeing Garvin, whom he found likeable, ‘hard at it’ with a ring boy.”

A media storm erupted, and WWF honcho Vince McMahon was called upon to defend his employees. Former wrestler Barry Orton (aka Barry O) came forward on the Larry King Show, saying that Terry Garvin had hit on him many years earlier as well. Eventually, Cole and the WWF settled their differences.

However, Garvin, Patterson and Phillips were all fired or resigned under pressure from the WWF on March 2, 1992. Only Patterson was ever re-hired.

That was the last the wrestling world really ever heard from Terry Garvin. He died August 17, 1998 of cancer.