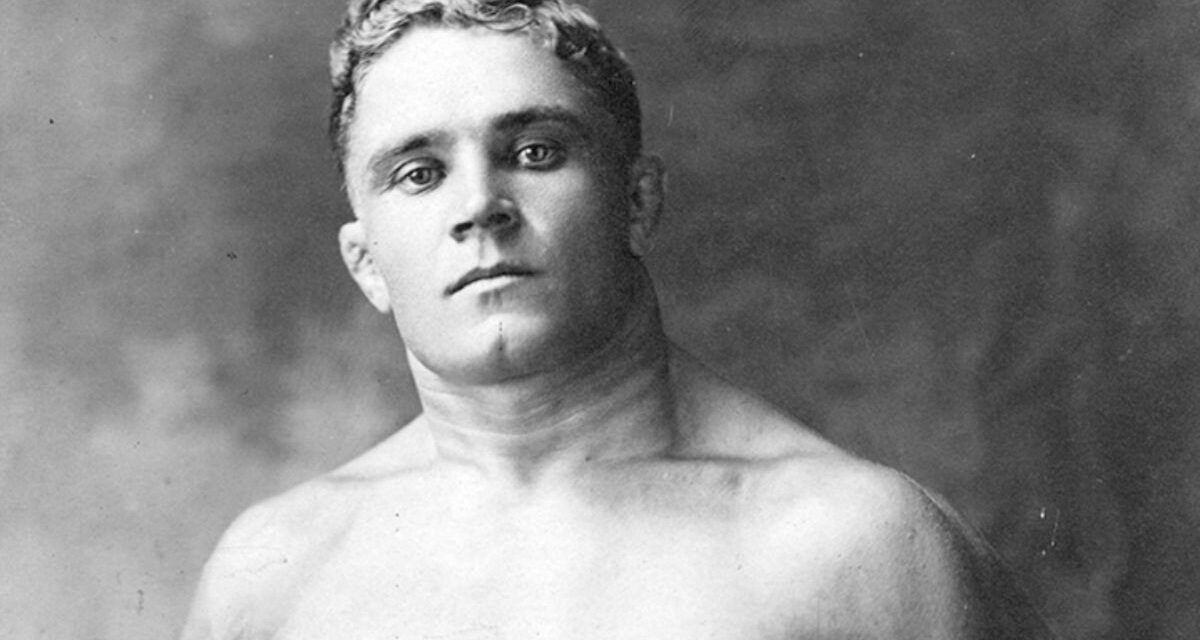 Although it was the Polish professional wrestler Ladislaus Pytlasinksi who first taught the Finns the art of wrestling in late 1800s, and Estonian pros like Estonian Georg Lurich and Aleksander Aberg who inspired the first generation of Finnish Olympic-wrestling champions in the early 20th century, professional wrestling has never been a part of Finnish culture. Yes, there has been occasional British and American wrestlers – even WWE – touring my country, and Finnish-Canadian Michael Majalahti – the owner of SLAM Wrestling Finland – has done a great job promoting the art for over twenty years. For one reason or another, it is still something foreign to most Finns.

I was very surprised when a couple years ago journalist Juhana Unkuri contacted me to ask about the long-forgotten pro-wrestler Väino Ketonen, about whom I had done research and written some articles. He was writing a book on Finnish sportsmen and wanted to include Ketonen. I gladly shared the information I had on this World champion wrestler.

My own interest in Ketonen and other old-time wrestlers comes from my background in mixed martial arts and Brazilian jiu-jitsu. Ten years ago, I started to look into the history of these sports and found out that, in the early 1900s, some of the most formidable grapplers were professional catch-as-catch-can wrestlers. I even travelled to Wigan, England, to train in catch wrestling with veteran coach Roy Wood. His trainer had been Billy Riley. Riley’s gym – today known as the Snake Pit – is where Billy Robinson and Karl Gotch had had their starts. They wrestled and coached in Japan and were an integral part of the development of Japanese-style professional wrestling and MMA. 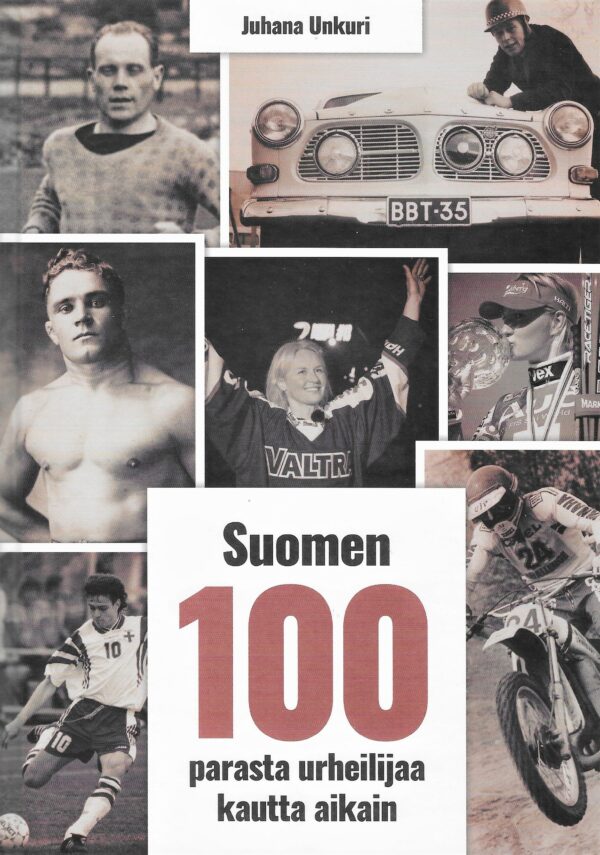 A couple of weeks ago, Juhana contacted me again to tell me the book was out, and Ketonen had made the cover. The book, Suomen 100 parasta urheilijaa kautta aikain -kirja, as translated, is The 100 Best Finnish Athletes of All Times.

So who is Väino Ketonen and why does he deserve to be remembered and considered one of the best?

Let me tell you his story.

Väinö Ketonen was born on July 5, 1888, in Tampere, Finland. He started working at the historic Finlayson cotton mill in his early teens. That is when he also became interested in gymnastics. After completing primary school, followed by night school, Väinö went on a tour of Finland looking for work. He found jobs in cement works and the shipyard after initially moving to the capital Helsinki. While there, he also started training wrestling. The young man was not afraid of challenges. In his early twenties, he went to do timber rafting and track work on the railroads of Vaasa, where he competed in his first wrestling competitions.

In 1909, Ketonen won the regional championship and got silver as a lightweight at the Finnish Championship. The following year, he wrestled himself all the way to the gold medal. Known for his skills, flexibility, and “sportsmanship,” Väinö then bet everything on wrestling, and jumped on a ship to America.

Väinö travelled to Massachusetts to stay with his cousin’s daughter and immediately set off on a tour of New England. His first professional match ended in a no decision due to a leg cramp. Despite this, the whopping purse of $20 was pocketed by Väinö.

In the second match, Ketonen wrestled against Fritz Hanson, and the stakes were higher. The Finns had bet a total of $1,200 on their compatriot, and the Swedes and the Irish had bet the same amount on Fritz. The match of nations turned into a brawl. According to Ketonen himself, “It became the most brutal wrestling match I have ever seen or been involved in anywhere. The cops stopped the match, and the betting money had to be handed out.”

When Väinö was in America, the wrestling style for both amateur and professional athletes in Finland was almost exclusively Greco-Roman. The brutal catch-as-catch-can wrestling known from American news articles was often referred to as “American freestyle wrestling.” The fierce style held a strong position on the new continent, but it had originated in northwestern England. In the Lancashire region, it had been practiced for over a century. Wigan was the centre of this working-class area, and it was from there that catch wrestling champions Joe and his brother Jack “Young Whistler” Carroll hailed from. 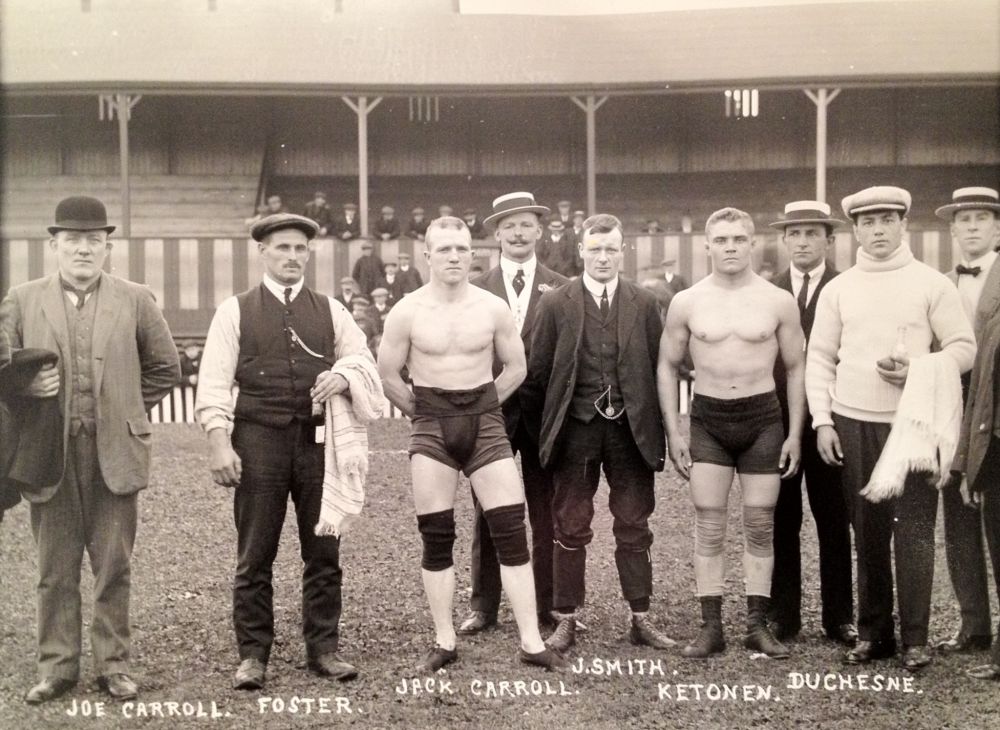 In the summer of 1911, Väinö – or “Waino” as he had come to be known by then – arrived in Wigan to fight the Young Whistler for the Catch Wrestling World Championship. This is how the Finnish Aamulehti reported on the event:

Väinö Ketonen, who now portrays himself as an American, wrestled against the English Jack Carroll last week in the city of Wigan, England. The wrestling was done in the style of Lancashire. According to the rules, if neither wrestler has won in an hour and a half, the one with the higher score would have to be declared the winner. There were a lot of spectators. Ketonen stayed ahead and achieved his first victory in 6 minutes and 35 seconds. The second match lasted only 3 minutes, also ending with a victory for the Finn.

In catch wrestling, matches were decided by two out of three falls. That meant that after two wins, Väinö was declared World champion. His next match took place sometime later, and it lasted a fair bit longer. Ketonen says, “I got into a fight with heavyweight man Jim Foster on a football field. I was able to get him on his back, but I couldn’t hold him. That resulted in us rolling around the field for an hour and a half, and finally Foster was declared the winner.”

In Wigan, Ketonen also made the acquaintance of the young Billy Riley, who he also coached. Riley became a prominent wrestler and an important link to the continuation of the catch tradition in the new millennium. 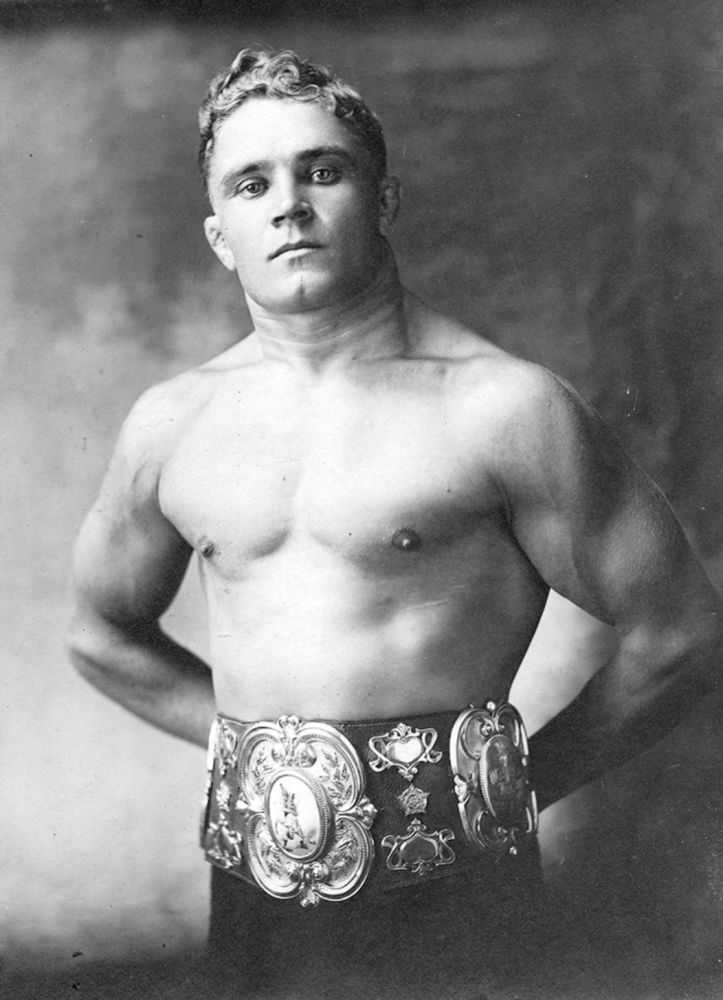 Väinö was now the World champion in professional catch wrestling – but so were many others. Professional wrestling was a colourful sport, especially in America. With no national umbrella organization, wrestlers toured from one locality to another, taking on challenges brought to them by other wrestlers. Sometimes matches got serious, and sometimes easy money was made by fixing matches. With a stature of 167 cm (or 5-foot5), Ketonen wrestled mainly as a middleweight against others under 73 kilos (160 pounds). Mike Yokel of Utah was widely regarded as one of the best wrestlers in that division, and he too was the holder of the title of World champion. The men first met in 1914 in Salt Lake City, where the American took the win. The following year, in a match in Minnesota, the gutsy Finn won his title back. The title kept going back and forth as the two wrestled each other several more times. Other strong challengers to Ketonen included John Kilons and Joe Turner.

In America, Väinö also coached J. F. Olin, his compatriot from the Helsinki Athletic Club, who went on to win a silver medal at the 1912 Olympic Games, and four years later, the professional wrestling world heavyweight title from the legendary Joe Stecher. In May 1918, Ketonen toured in Canada winning two tough matches against local challengers Ernie Arthur and George Walker. One match at a time, Väinö gained a reputation in American wrestling circles as the champion of champions. America’s most respected wrestling coach and mentor to the illustrious Frank Gotch, Farmer Burns, himself admitted Ketonen was the best welterweight wrestler he had ever seen. 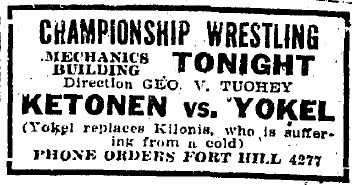 “At the beginning of the last century, when professional wrestlers were required to have real wrestling abilities, there was almost nobody better than Ketonen,” said renowned wrestling historian C. Nathan Hatton. “Although the heavyweights drew the most attention, the level of the middleweights was really high, and Ketonen was at the top of his weight class. He was the king of middleweights.”

In 1934, Väinö retired as the reigning World champion after more than 20 professional years and 1000 matches. He did not let his grip loosen, however, as he stayed active by wrestling in travelling circuses. Frankie Cain, an old challenge fighter and show wrestler, met Ketonen as a youth. He recalled:

Indeed, he was a hook wrestler. I don’t know how long ago it was. I was sixteen when I met him. He tried to work as a show wrestler, but he couldn’t get along with the promoters because some matches had to be fixed. I don’t know if he didn’t want to wrestle in them or what the problem was, but he ended up wrestling in carnivals.

When the Cole Brothers Circus arrived in the area, Väinö turned up to challenge the wrestlers of the carnival and ended up beating them. Damn, they threatened to close the shop. They paid 2550 dollars for him to leave, but after a few days he returned to challenge them again. Well, they couldn’t get the job done and business ended there.

On December 1, 1974, Väinö passed on away. Although he had been very successful in America, he was mostly forgotten.

In Finland, catch wrestling was first perceived as too raw and then as “humbug.”

Over time, the nature of American professional wrestling changed. Show business took precedence, and there was no longer a need for traditional wrestlers. Through the popularity of MMA, however, catch wrestlers of old have been rediscovered, and Väinö Ketonen’s name has won respect again — even in his homeland. 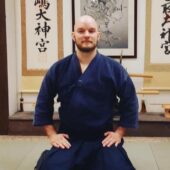