Ernie Moore, dead at 82, was Hamilton through and through 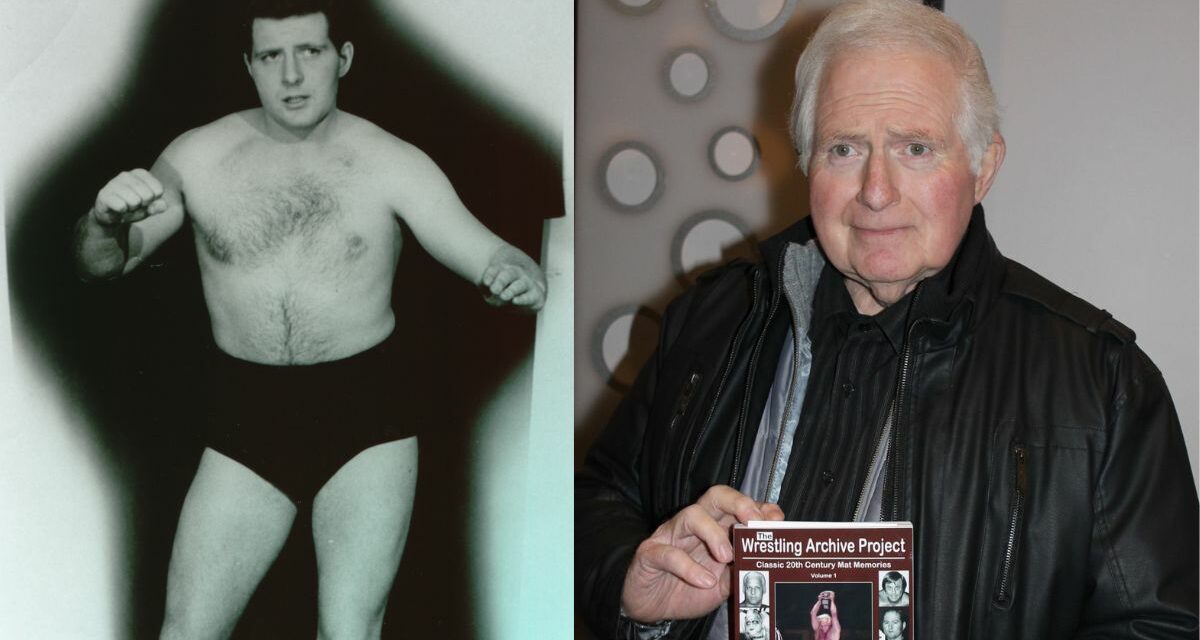 Ernie Moore, who died in Hamilton, Ontario, on November 24, at age 82, could spin tales with the best of them. Sure there were the wrestling stories, but he later did some side hustles as a security guard for celebrities, and loved to tell those stories too.

He spent time around some major names like Sylvester Stallone, Al Pacino, Sophia Loren, Robert Wagner, the Smothers Brothers, Shirley Jones, Eartha Kitt. There were four days each with Harry Belafonte and then Don Rickles. Even political figures, like Sarah Palin and her husband, were protected by Moore when they came through Hamilton.

“They like to have some security,” he once said succinctly. “Gerry Marsden from Jerry and the Pacemakers, he was paranoid that I not be out of his sight. Another one who was like that was Phyllis Diller, she’d had some kind of a bad experience.”

For the last couple of decades, Moore had worked at Carmen’s Banquet Centre, where many of these celebrities came through. Moore might be working the door or driving a limousine.

Moore was also an expert on getting the local wrestlers together too. He was the central figure for the monthly Hamilton wrestler lunches — almost always at a local McDonalds in the early years and then at the Mandarian restaurants where the oldtimers could make their way up time and again to the buffet, eating like they were young again. The regular lunches were small-time compared to the Christmas luncheons Moore would work on for months, getting the numbers just right for a much bigger affair. 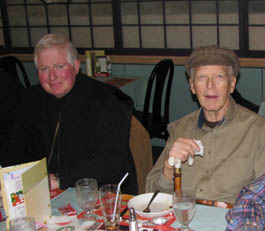 You name the Hamilton name, chances are they came either regularly (Billy Red Lyons, Reggie Love, Knobby McDonald, Hurricane & Cyclone Smith), or when they came through town to see friends and family (Bruce Swayze, Paul DeMarco).

Ernie Moore was born December 21, 1939, in Hamilton, Ontario, and grew up in the city’s east end. In an article in the Hamilton Spectator (where he worked for years in distribution) Moore once said that he tried to stay out of trouble, as requested by his mother, but, “In that neighbourhood, at that time, it wasn’t always possible.”

Eventually, he learned to stand up for himself.

At age 16, he got a job in the mailroom at the Spectator, helping bundle newspapers for distribution. He’d gone to get the job with his best friend, Jack Hill, who became a wrestler too — though you’d know him under other names, such as Jerry Valiant and Guy Mitchell.

At the Spec, the youngsters met the slightly older red-headed twins, Bob and Maurice Grimbly, who worked in maintenance. The twins had been learning to wrestle — they’d become Hurricane and Cyclone Smith — and invited Moore and Hill to join them, learning from Al Spittles, beginning in 1956. 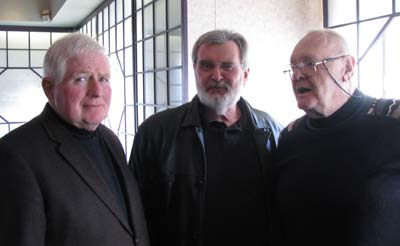 There were plenty to test you at Spittles, said the 5-foot-11, 240-poound Moore, recalling working out with Jack Laskin. “I had a feeling that this was my test. At one point, he had me down and was being pretty rough with me. I just smiled at him. He went, ‘More?’ When we got up, we threw punch for punch. Finally, he looks over at Spittles and says, ‘He’ll do.'”

“I liked working out at the gym. There was a camaraderie there with the guys,” Moore once said. “They accepted me at any early age.”

Moore later learned from another Hamilton trainer. “I started with Al Spittles, but it was Jack Wentworth that refined me. A lot of names came out of there,” he said.

As Baby Face Ernie, Moore never really got to far locally. Under a mask as The Executioner, though, he found more success and was able to travel — and still keep his job at the Spectator. 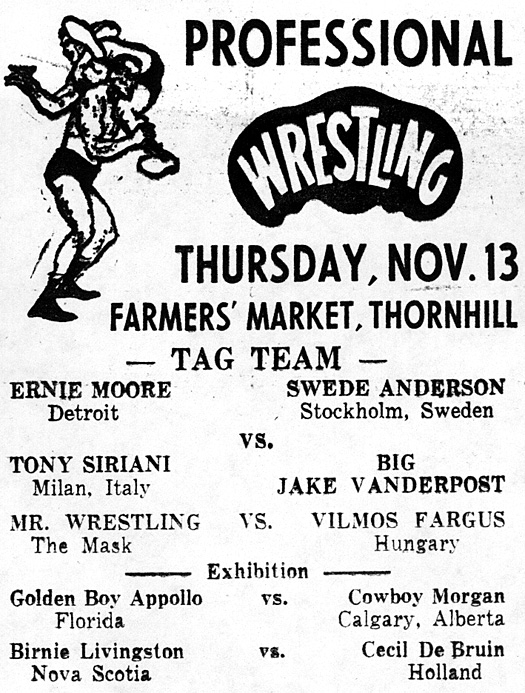 He also worked as a referee, and shared a story of refereeing a Love Brothers bout (Reggie Love and Hartford Love – Wes Hutchins). “I remember one time I was refereeing his match in Kitchener and he and Wes, they damn near caused a riot. And they switched the blame onto me, and I had to fight my way out of that ring. … I gave them hell when I was in the dressing room. I said, ‘Don’t ever do that to me again, otherwise you’re going to have a better match in here then you did out there.'”

Another Hamiltonian, Pat Blake, called Moore “another good little worker. He got a job at the Spectator. He didn’t want to quit that job, and you can’t blame him, because once you get married and have kids…” 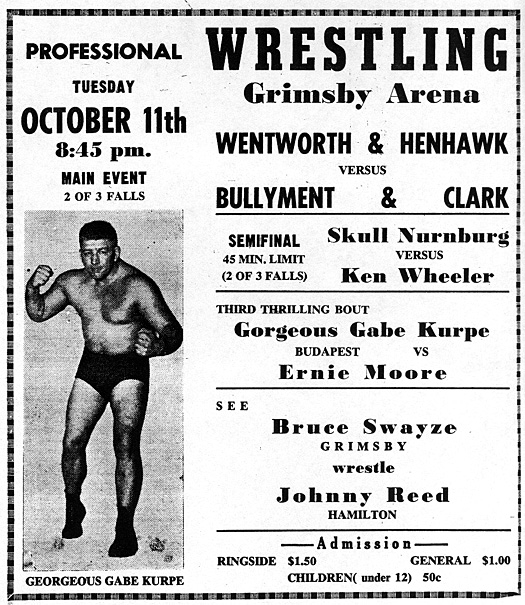 Angelo Mosca was not a fan of Moore’s. “He’s a loo-loo, to be very honest with you,” said Big Ang, another Hamilton icon. “A guy who thinks he was a wrestler. He was nothing but a jobber.”

Always quick with his wit, Mosca, specifically noted that while Moore was a Mormon, that he always dropped the second “m” when describing him.

Moore was a devout Mormon and at one point was a bishop in the Church of Jesus Christ of Latter-day Saints.

There were plenty of trials to test the faith of any person in Moore’s life.

In 1979, he blew his knee out and pro wrestling was done as a sideline. He had a car accident too.

At the end of May 2007, there was a massive fire at the Templemead Drive home Moore shared with his wife, Georgie. The couple got out, but then Moore went back in for the family dog — who he did not find (but was later found by a neighbor, having survived). Moore ended up in critical condition at Hamilton General Hospital with smoke inhalation injuries and burns.

They lost everything in the 2,700-square foot home.

At the time, Moore was working at Carmen’s (Georgie worked at Carmen’s from 1995-2017 too.), but also helping train wrestlers, aligned with Bob Woods at EWF in Burlington, and then Living Legends Wrestling with Ricky Stardust (Greg Juszczak), first in the north east end of Hamilton on Arvin Street, and then at its better known Hempstead location of the east mountain, in the well-known “Unit 13” location.

Bill Chase was one of those who got to know Moore through training. “While he had a tremendous career in the ring, many feel that his greatest contribution was that of a trainer and mentor to a whole new generation of wrestlers, especially in the early 2000s,” Chase posted to Facebook. “His influence on many of the Ontario Indy stars who emerged in that era is still felt today, as there are some who still have a significant influence in the region and throughout Ontario today, who learned from Ernie! They have done his legacy proud.”

Long-time family friend Paige Sutherland, daughter of Kurt Von Hess, shared the news: “It is with sadness today I learned that Ernie ‘The Executioner’ Moore passed away last night in Hamilton, Ontario. What a gentle soul Ernie was. A devout Mormon. A skillful wrestler and trainer. He gathered all the old school wrestlers together at the Mandarin restaurant monthly for years. I so enjoyed those lunches. I learned a lot from these wonderful guys. Rest in peace Ernie. You left the world a better place. Love Paige.”

Further information on Moore’s passing is not known at this time.

EDITOR’S NOTE: A clarification to Ernie Moore as a trainer was made post-publication.