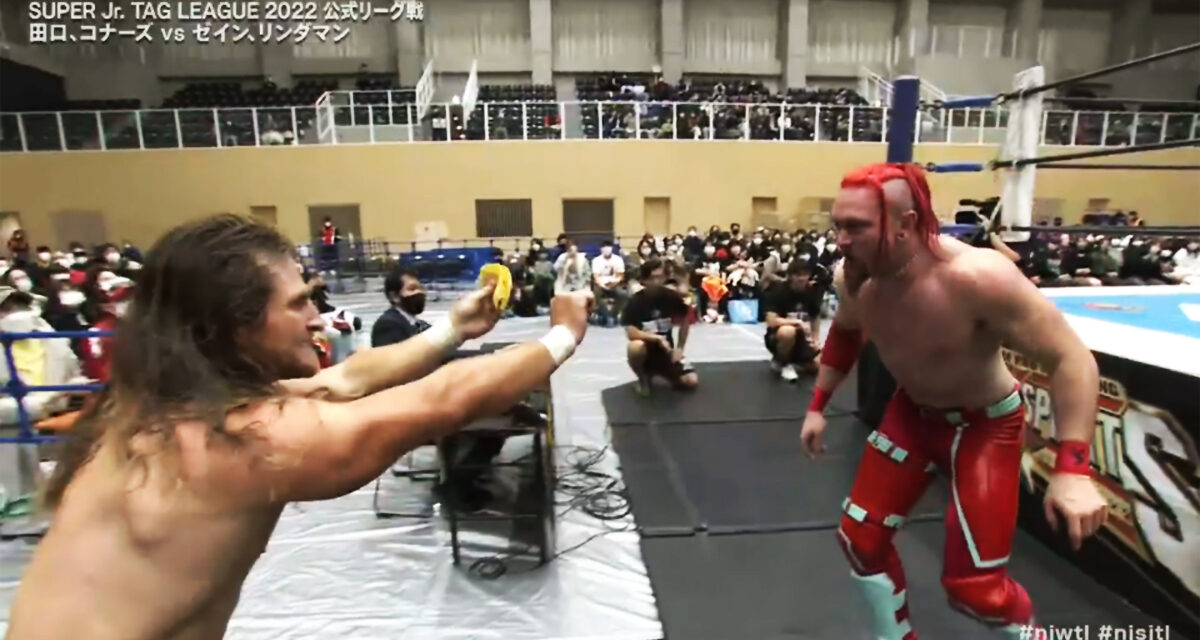 If you follow Alex Zayne on social media or have ever seen him in action you know he is a foodie through and through. We are talking about a guy who has named his finishing moves after “good eats”. Zayne’s obsession though almost cost him and his partner El Lindaman two points in the Super Jr. Tag League tournament today.

Just like his game warden, safari dude, Crocodile Hunter persona, Clark Connors lured Zayne outside the ring with a taco. While Zayne cannot help but to stop and eat it, Clark Connors and Ryusuke Taguchi double-teamed El Lindaman back in the ring. Zayne would eventually get his head back in the game pinning Connors with…What else?…The Taco Driver. During their walk of shame back to the dressing room Connors decided to taste what was left of the taco. Not bad. Not bad at all. 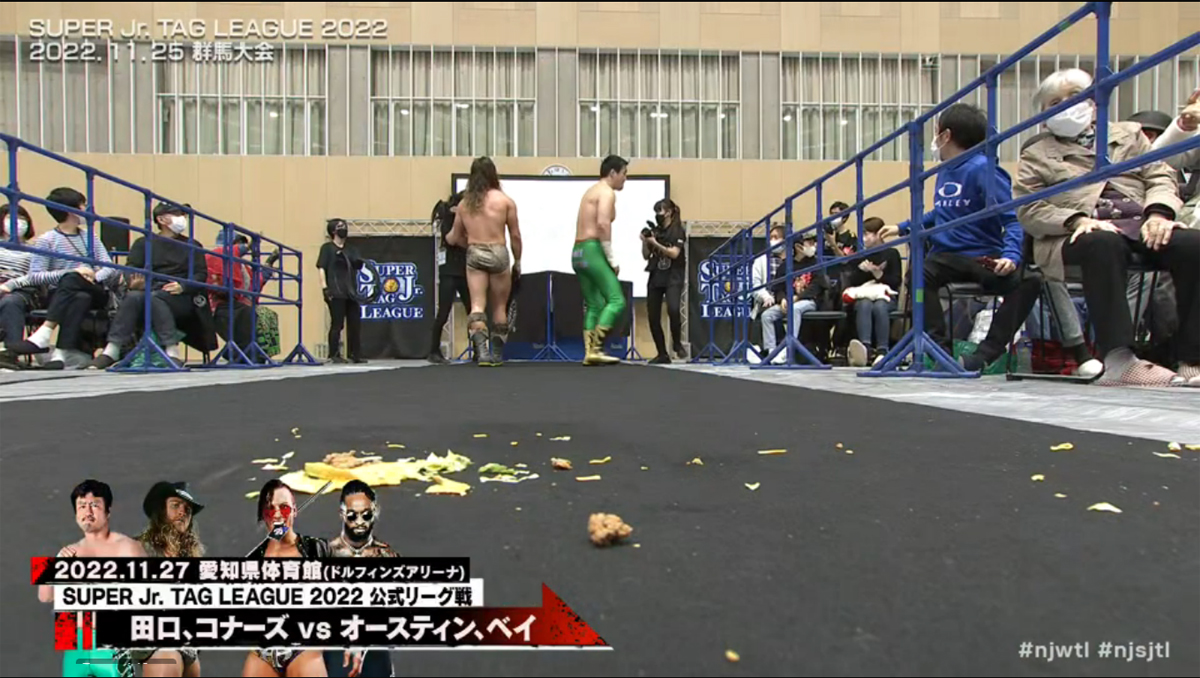 The remains of the taco in question. Courtesy: NJPW.

Ace Austin and Chris Bey made short work of Dick Togo and SHO extending their winning streak to three matches. The Impact team now has six points and leads the tournament.

Just like Taichi got Shingo counted out earlier in the tournament, Shingo suplexs Taichi on the arena floor resulting in him being counted out this time.

I hope Rush stays with NJPW after the tournament and continues tagging with Yoh. They are a fantastic team to watch. Maybe the new Roppongi 3K? Rush pins Knight with a frogsplash from the top rope. 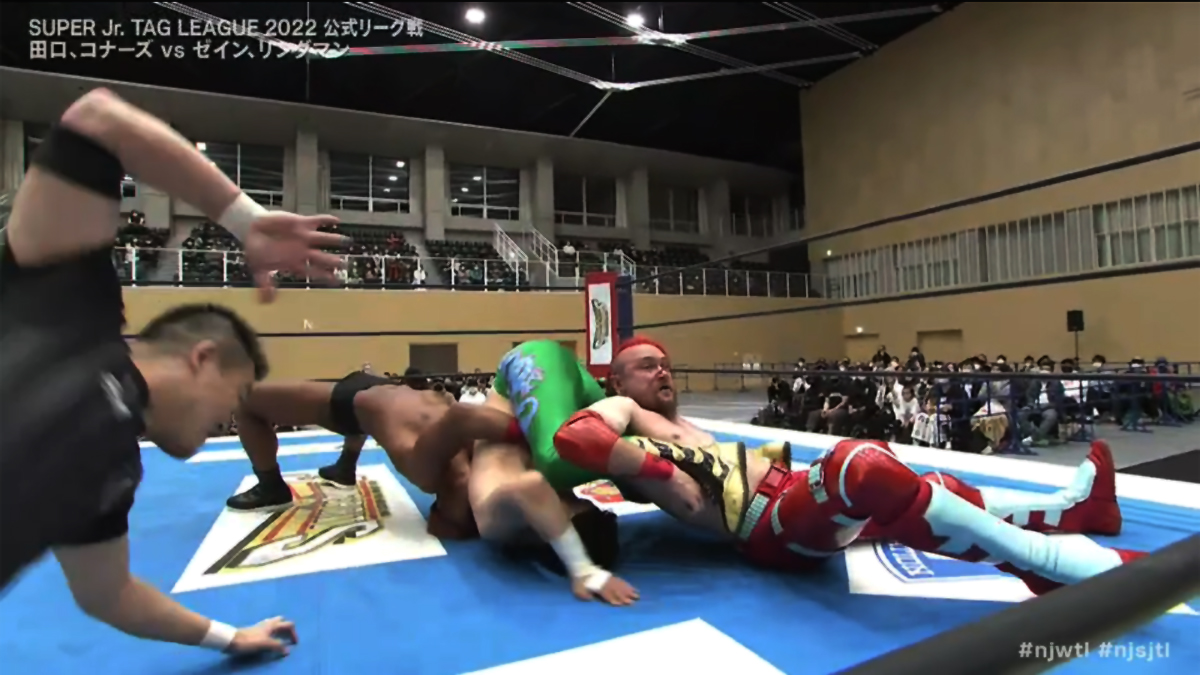 A clever cover by Zayne and Lindaman. Courtesy: NJPW.

Eagles scores the two points for his team with a sneaky roll-up on Kanemaru.

Yujiro Takahashi interferes with his cane again. Evil also tries his hand at lending a distraction. Bey splashes them all on the floor. Bey and Austin win with that assisted stunner and Austin’s Fold.