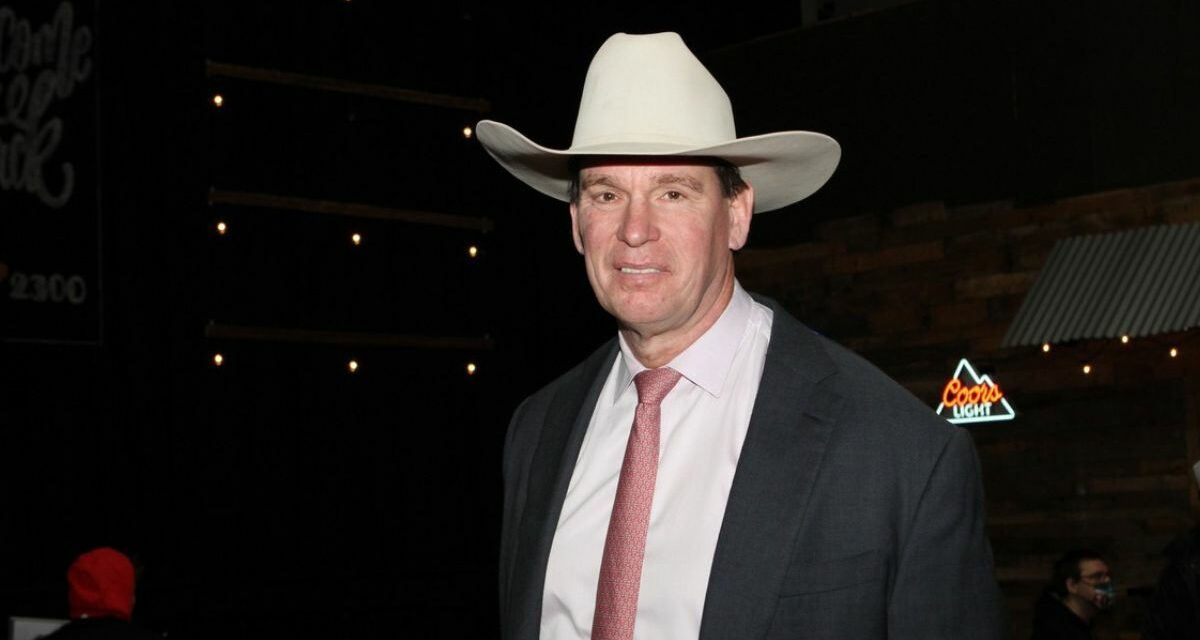 John “Bradshaw” Layfield, a man known for being a boisterous, hard-hitting braggart, is anything but that these days. The now-retired wrestler and former commentator prefers staying out of the limelight, only making waves on the internet when he needs to promote one of his many charities. And it’s his charitable work that’s being recognized.

After many years of doing humanitarian work across the planet, Layfield will receive the distinguished Iron Mike Mazurki Award from the Cauliflower Alley Club, the top award in professional wrestling, at the reunion in Las Vegas, September 26-28, 2022.

“I’m very excited about it. It’s a tremendous honor for a kid that grew up a fan watching wrestling to be inducted into Halls of Fame. It’s a bit overwhelming and humbling,” JBL told SlamWrestling.net in July.

In Layfield’s case, his distinction stems from both his success in the financial world and his work with the underprivileged. As some fans may recall, Layfield underwent a complete character transformation after WrestleMania XX in 2004. The comedic bar room brawler was replaced with a sharply-dressed limousine-riding businessman type that considered himself better than everyone else. Part of JBL’s ‘introductory’ promo included a reference to his appearance on business-related TV shows and a successful book that provides financial advice.

The book in question, Have More Money Now, doesn’t provide any big financial secrets or magical tricks to become a multimillionaire overnight. Rather, it offers advice to the average person on how to save money for the future while also making sure to spend today. Because why focus on saving for tomorrow if that tomorrow never comes?

Layfield’s in-ring career included some interesting and unexpected moments. He is one of a select few American wrestlers to have experience wrestling in North America, Europe, and Japan. He was signed by WWE by chance thanks to Bruce Prichard and Pat Patterson calling him from a payphone while he was wrestling in Germany’s Catch Wrestling Association (CWA). And the reason he was signed (aside from his size and skill), was that WWE were worried that he’d go work for Dusty Rhodes in WCW because he idolized Dusty and teamed with Dick Murdoch many years earlier. But it wasn’t all rosy once he got to WWE; in fact, Layfield already had one foot out the door by the end of 1997.

“We didn’t think we’d survive the [Montreal] Screw Job. I wasn’t being used. Barry [Windham] (Bradshaw’s partner at the time) got a deal with Giant Baba in All Japan,” recalled JBL. “I was going to get a job there if WWE didn’t sign me. I’d go work with Stan Hansen and Bobby Duncum.”

This was why, in the middle of the Monday Night Wars, WWE’s JBL and Barry Windham found themselves competing in All Japan’s 1997 World’s Strongest Tag Determination League tournament alongside the likes of Hansen, Baba, and the fabled Four Pillars.

But the moment Layfield’s most proud of happened in 2004 when he was champion: his match with Eddy Guerrero at Judgment Day 2004. That match is (in)famous for how badly Eddy bled: Eddy bladed/cut himself too deeply and hit an artery, causing a torrent of blood to gush from his forehead. And since that bleeding was blamed on JBL (on-screen), fans were incensed and further wanted to see Eddy kill JBL. And while that match got such a big reaction due to the violence, it also got some from the story and character dynamics. The JBL character had said and done some highly controversial things towards Eddy, his family, and his culture. But the reason it was so successful and cut so deep was because JBL had help from both Eddy and Chavo.

“When you’re trying to insult a group of people, it’s so much easier to insult them when someone from that group comes up with ideas to make it work,” Layfield explained.

But perhaps more interesting has been the dichotomy of the on-screen JBL character and John Layfield the person. JBL bragged about his success, threw money around, and carved a path of destruction on SmackDown that led him to the WWE Championship. His 2004-5 reign as champion lasted 280 days, partly thanks to his devastating Clothesline from Hell, a massive running lariat which, as Layfield admitted, was inspired not by Stan Hansen, but by Terry ‘Bam Bam’ Gordy.

And while JBL was an easy-to-loathe villain, John Layfield is someone completely different. Layfield is passionate about addressing inequality in the United States and beyond. He spent many years working with various charities in the US, Bermuda, and in different countries across Africa.

On a more local level, Layfield has become a key figure in a charity called Memphis Inner City Rugby (MICR). His goal has been to work with underprivileged kids to give them better chances at success. His reason for working with this charity, as with the others, stems from a simple personal philosophy. “These kids are born into an environment that puts them behind everyone else. I like levelling the playing field,” Layfield said, talking more about the issues that plague the city.

“Memphis is the second-worst major city as far as child poverty is concerned. Once an inner-city kid leaves home, they don’t always stay in school. Maybe they get homesick, maybe something happens, etc., many minority males drop out and many that graduate only read at an eighth grade level. But schools and school boards don’t address these problems directly,” he explained. “They change graduation requirements to make their numbers better but they’re not addressing the problem. The kids that drop out will become wards of the state and will have a negative impact on GDP. From a purely economic standpoint, it’s worth spending money on these kids.”

Layfield’s solution to this problem is, of course, to throw more money at it. But not in the same way as the current regime does or as any previous administration did. Layfield and MICR work with these youths beyond the point of adulthood. The charity helps these inner-city kids get placed in college, trade school, or the military. They follow these kids-turned-adults on their journeys and help them along the way. The charity doesn’t work on a set-date schedule; as long as they can figure out how to help those underprivileged people and how to keep them going in the right direction, that’s all that matters.

Outside the United States, Layfield has completed many projects to help more impoverished people. He worked with a local charity in Malawi to build a school and a sports facility. He completed similar projects in Tanzania, Rwanda, and Zimbabwe. He confirmed that, despite major the political and economic turmoil that has taken place around the world over the past several years, these facilities are all still functional and used by hundreds if not thousands of kids. And of course, the project to bring rugby to inner-city schools in the States stems from a much earlier project he nurtured in Bermuda many years earlier, Beyond Rugby Bermuda.

But you wouldn’t hear about any of this on a regular basis simply because Layfield doesn’t brag about it. Layfield is particularly quiet these days, save for his regular podcast Stories with Brisco and Bradshaw, which has included notable guests like Mickie James, Santino Marella, Booker T, and many more. Aside from his discussions with special guests and his regular deep-dives into wrestling’s storied past, the only time one will hear or read anything about JBL is when he’s promoting one of his charities or a big personal endeavor that’s being done for those charities’ benefit.

So while his days of swinging his arm like a baseball bat might be long done, his passion for reaching other people’s lives has not.