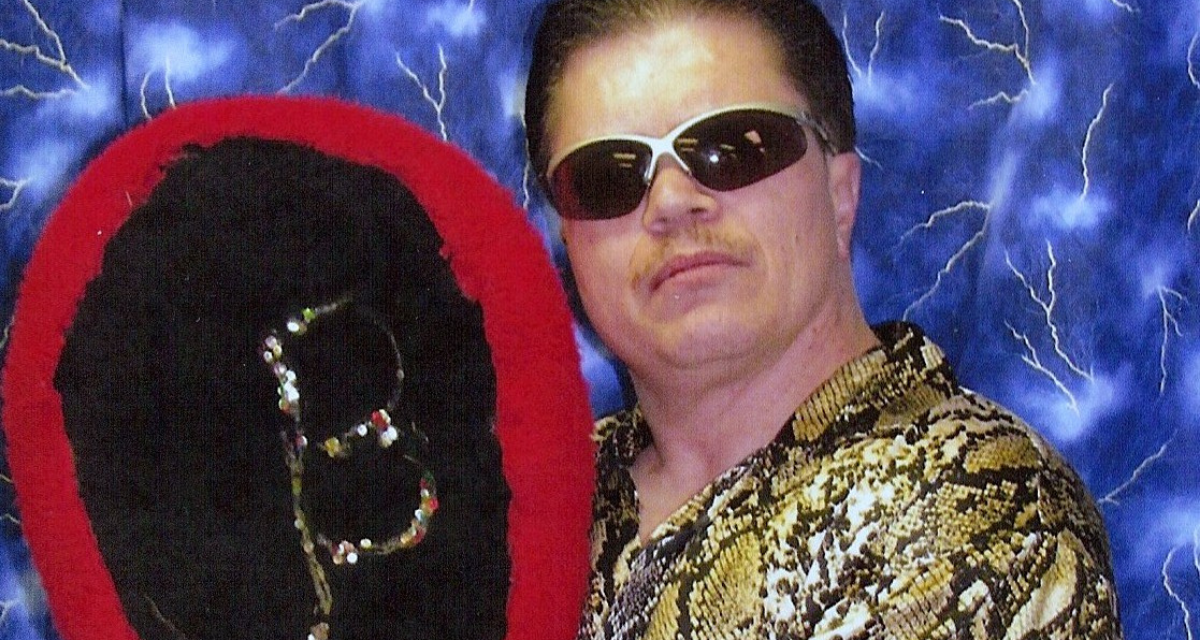 On Friday, November 5th, Pro Wrestling All Stars of Detroit will be honoring the career of the one and only Handsome Johnny Bradford, presenting him with a Lifetime Achievement award. Impact Wrestling’s Johnny Bravo will be doing the honors.

Having known Bradford for 25 years, I’m truly looking forward to it. Bradford may be wrestling’s only deaf manager, but that has never stopped him from stealing the show!

I first saw Bradford when I was just a fan in the mid-1990s, before my training at the Can-Am Wrestling School. He was managing Bruiser Bedlam (Johnny K-9, a recent subject on Dark Side of the Ring) at Midwest Territorial Wrestling. I distinctly remember that his nose would suspiciously get busted open quite frequently when he was given his comeuppance after interfering in his client’s matches. He was also known for using a tennis racket in desperate situations, much like the man who gifted it to him, Mr. James E. Cornette. 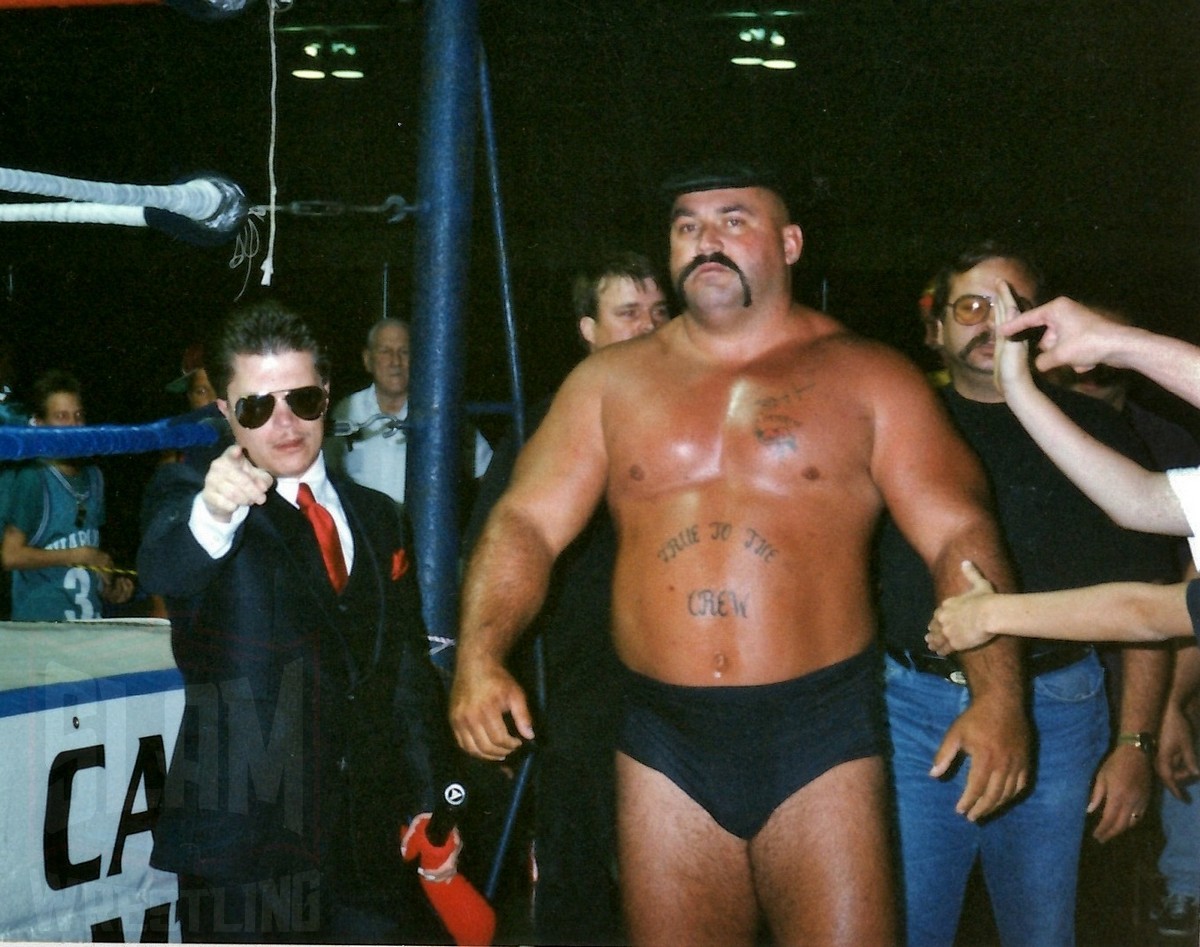 “Jim gave it to me when he and the Heavenly Bodies came to Michigan for two MTW matches. We had been buddies long before that,” recalled Bradford — whose real name is Brad McFarlin. “As for the nose, I got it busted up in amateur wrestling a lot and developed a deviated septum. All somebody had to do was snap my nose and the blood would gush. I eventually wound up getting it fixed because I was bleeding all the time — at work, the gym, driving or just taking a crap.”

Needless to say, Handsome Johnny really stood out to me every time I saw him on a show.

There were a slew of other names he managed after Bruiser Bedlam. 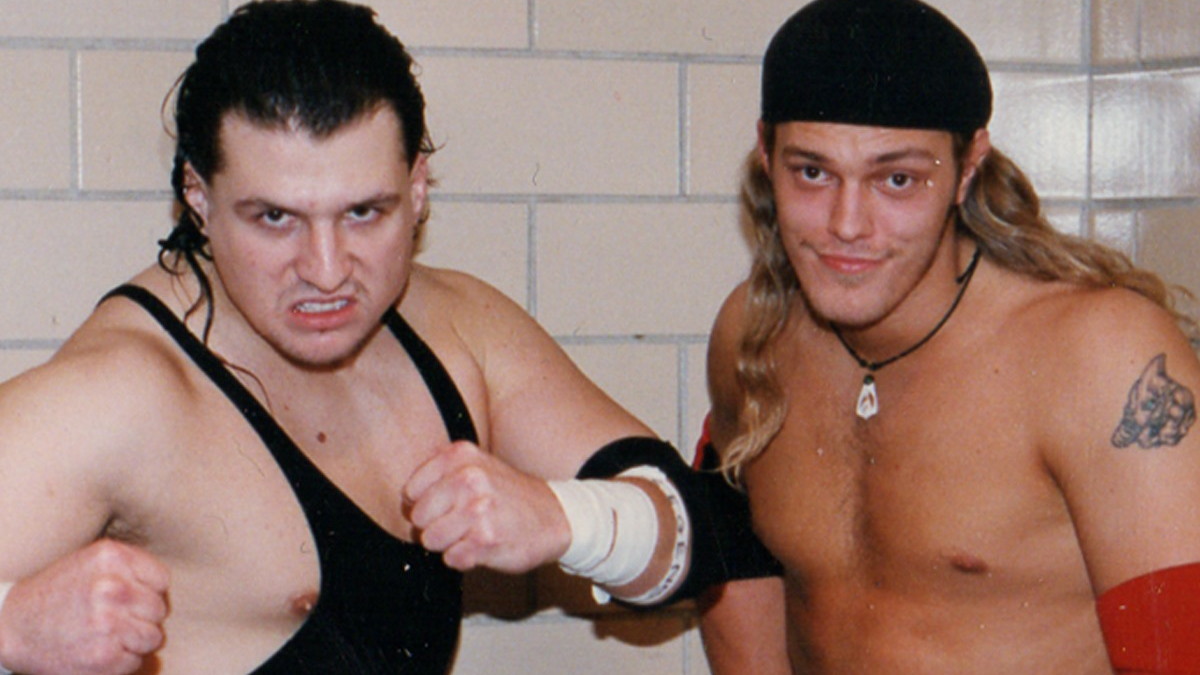 Sweet Daddy Malcolm Monroe set him up with Sex & Violence who were Sexton Hardcastle (Edge) and Joe E. Legend. Christian Cage would make the ride down from Toronto as well. To save money they’d crash at Bradford’s house in his finished basement he called the “Rogers Room,” named after his favorite performer “Nature Boy” Buddy Rogers, whom Bradford was friends with. Rhino lived nearby so he joined them too. Johnny had a 50-inch TV down there and they’d spend half the night watching VHS tapes, talkin’ shop and discussing their newly formed faction called Thug Life. 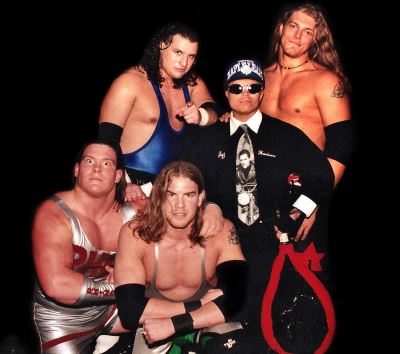 “When I had Edge and Joe, not a month would go by that I wasn’t sending stuff to PWI and Pat Patterson in the WWF. I did it for them, not me. That’s what a manager should be doing: pushing talent,” he said.

Bradford had already established connections years before as he was an accomplished photographer with numerous credentials in all the magazines under his real name.

Johnny was enjoying his role as a manager as he was working with top-notch talent. “I wish I had done more,” he said. “Got an offer back then to come in to SMW and manage the Rock ‘n’ Roll Express (Robert’s mom is deaf) against Cornette and the Midnights… but I couldn’t leave my job for a month and that was the plan. And I was making more money at Ford plus the benefits and pension.” 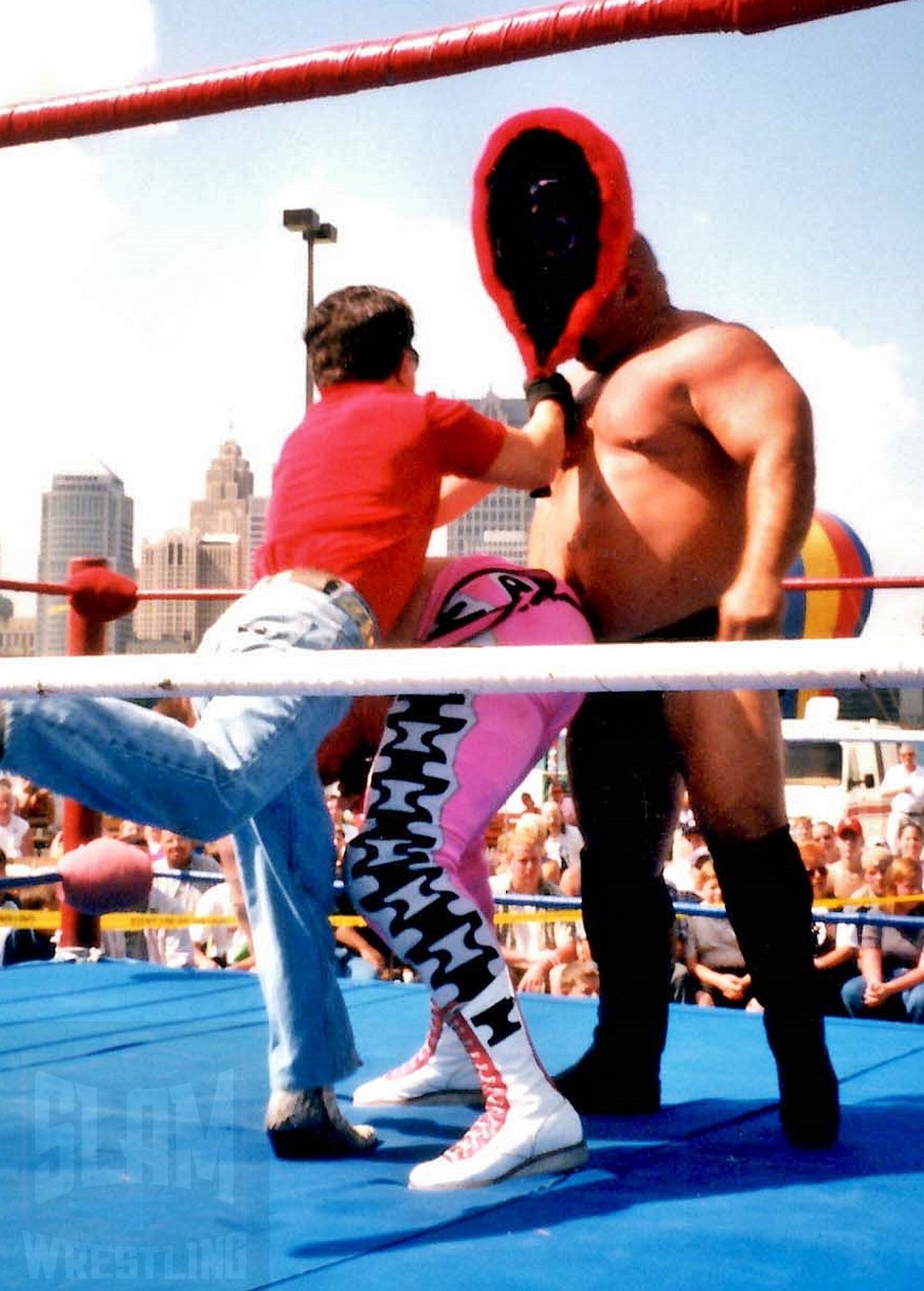 While some opportunities may have escaped him, Handsome Johnny Bradford had a stellar reputation. He started working for The Sheik in 1972 and sending stories and pictures to Wrestling Revue magazine. In 1974, Bill Apter asked him to start sending in photos for the magazines he was associated with, and that lasted for years — and it wasn’t just Detroit-area shows.

Bradford’s dad was retired and had a private plane so Apter would arrange for the photographer to shoot at various Midwest pay-per-view events, like Chicago, Toronto, Buffalo, Indiana, and even Minnesota. “My Dad got $100 for gas. I got $250 for my pics. Wasn’t really making much of a profit but I was paying my dues and Dad loved to fly. I saw Ric Flair versus Harley Race, Dory Funk, Terry Funk, Jack Brisco, Roddy Piper, and Ray Stevens! I consider Flair a very good friend.” 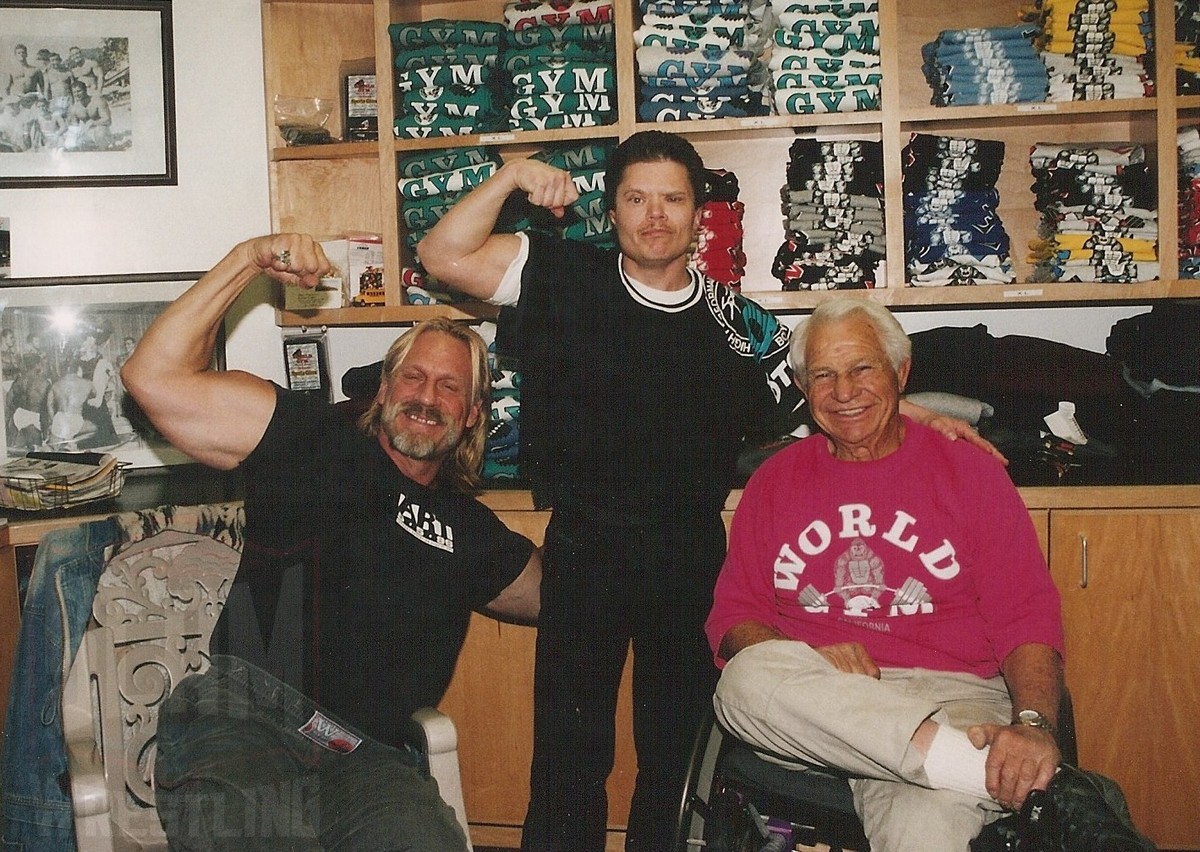 Bradford won the WFIA Photographer of the Year award two years in a row, 1985 and ’86. Then when Apter was hired to run WOW Magazine the money improved greatly. It didn’t last long but it was great. At one point Johnny owned two new Nikon cameras, two strobes and three or four lenses. Nothing good lasts forever though. ECW and WCW died out and the WWF banned all ringside photography for non-company photographers. Bradford was forced to make adjustments.

“After I got married for the third time, I needed a little extra money. Thanks to my wrestling pictures, Wrestling Digest set me up to shoot Red Wings and Lions games. Let’s say it was slightly more profitable than wrestling. Unfortunately as with so many other hard copy magazines, this one went out of business. I had no illusions that Sports Illustrated would hire me so I once again stored my cameras…” 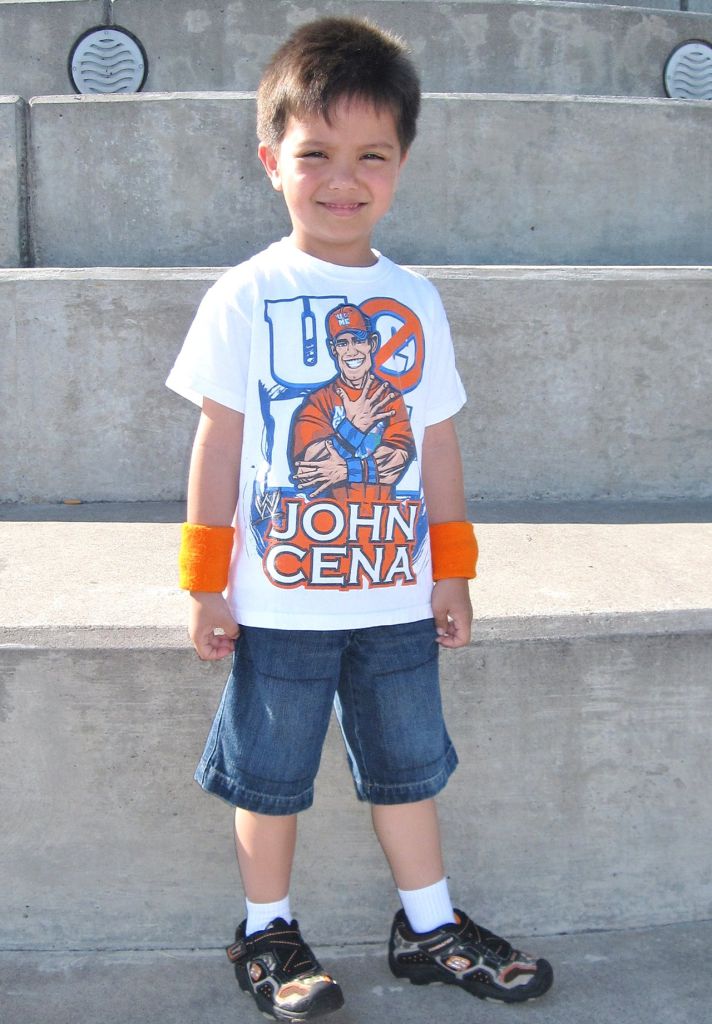 Bradford thought it was all behind him when his son, Matt, was born in 2004. But Matt started watching WWE, connected with John Cena, and wanted to attend every live show in Detroit, Toledo, Lansing and Saginaw — an expensive proposition! So The Handsome One pulled out his camera once again, and hooked up with SlamWrestling.net and Greg Oliver, and started shooting the matches again on a press pass. Soon enough, young Matthew started reporting on the shows, first dictating the info to his father to type up, and then writing his own pieces. (Matt McFarlin is the regular SlamWrestling.net NXT reporter now.) 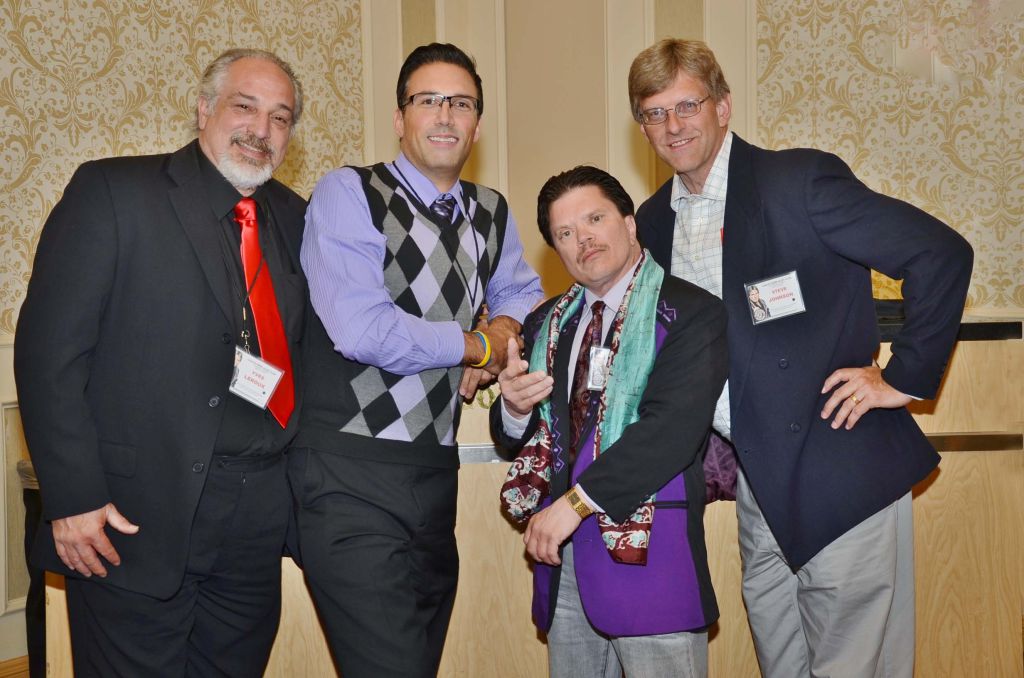 Being back at the matches got Handsome Johnny Bradford back to ringside.

“My in-ring comeback started with Ed Farhat Jr. on account of I had lost a ‘Loser leaves XICW’ match to Miss Natasha. Eddie Jr. had known me since 1972, so he wanted to see how I could work. My first match for him was managing Steve Rivera versus the legendary Sabu. What a hoot. Sabu got me in his camel clutch and I was tapping out like crazy. Eddie loved it.”

In recent years, Handsome Johnny has been the manager of The Threat, one of Detroit’s longest running factions at Pro Wrestling All Stars with myself (N8 Mattson), Breyer Wellington and Atlas Hytower; as well as James Alexander and other promising talents in other promotions.

Now that his son Matt is getting older, and almost ready for college, he’s considering following in his dad’s footsteps. Matt has spent most of his life in martial arts, amateur wrestling and now jiu jitsu. Writing about wrestling is a passion for Matt too, and as much as he would like to be a wrestler, he is also interested in the booking/creative aspect as well. Matt will definitely learn a few tricks from dear old dad! 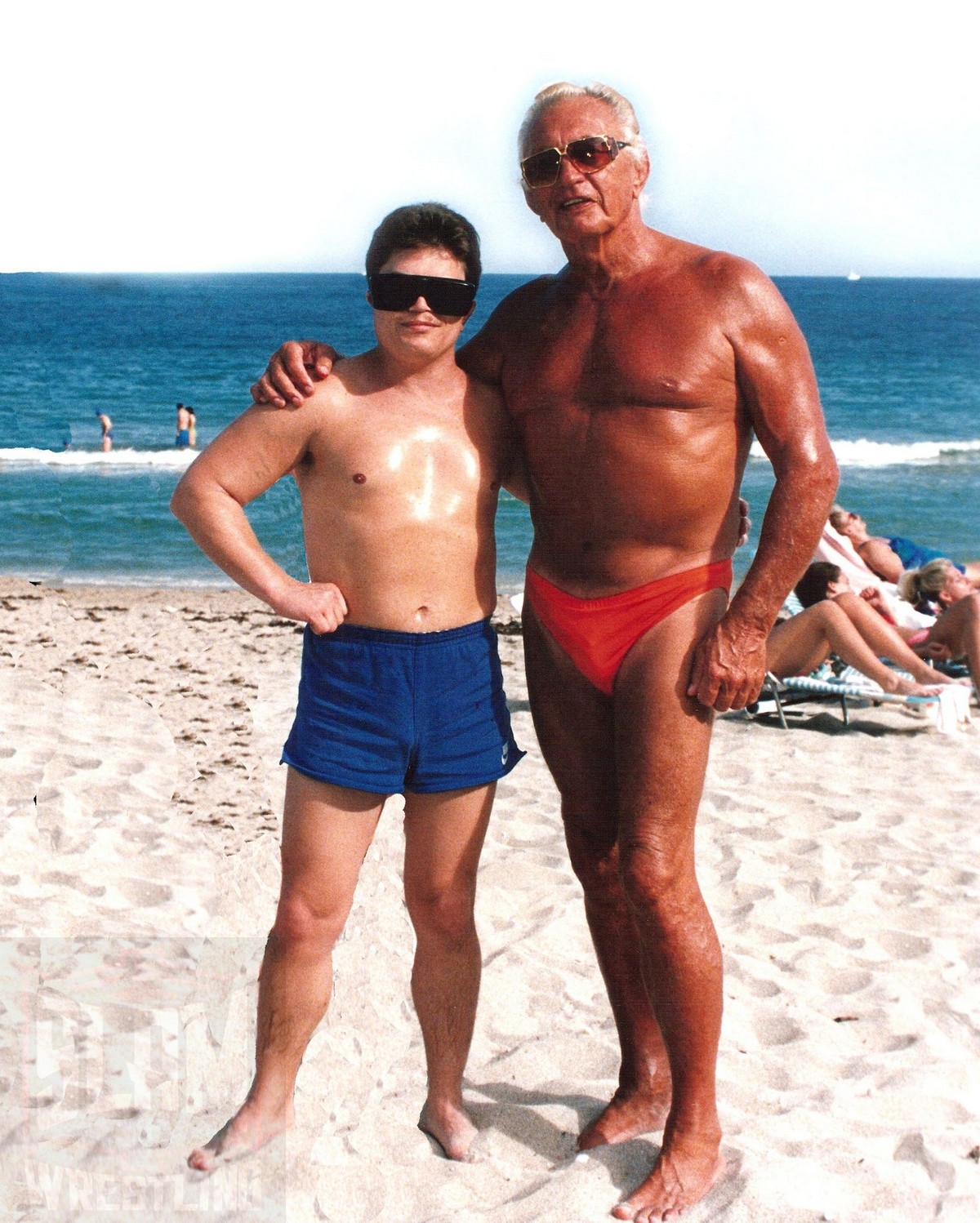 Handsome Johnny Bradford can list off many favorite moments, but nothing can ever top meeting and becoming friends with “Nature Boy” Buddy Rogers. His biggest match was Bruiser Bedlam versus Cactus Jack where they all juiced. The biggest crowds Bradford has worked in front of have been with Border City Wrestling, across the border in Windsor.

Whether snapping pics or cheating behind the ref’s back, Johnny Bradford made a huge contribution to our scene in Michigan. I’m privileged to have not only seen a lot of it, but also to be managed by him.

Congrats on your Lifetime Achievement Award, buddy, you’ve lived quite the life!

‘Til Next Time,
N8 Mattson 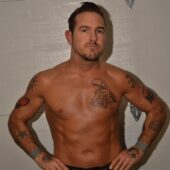