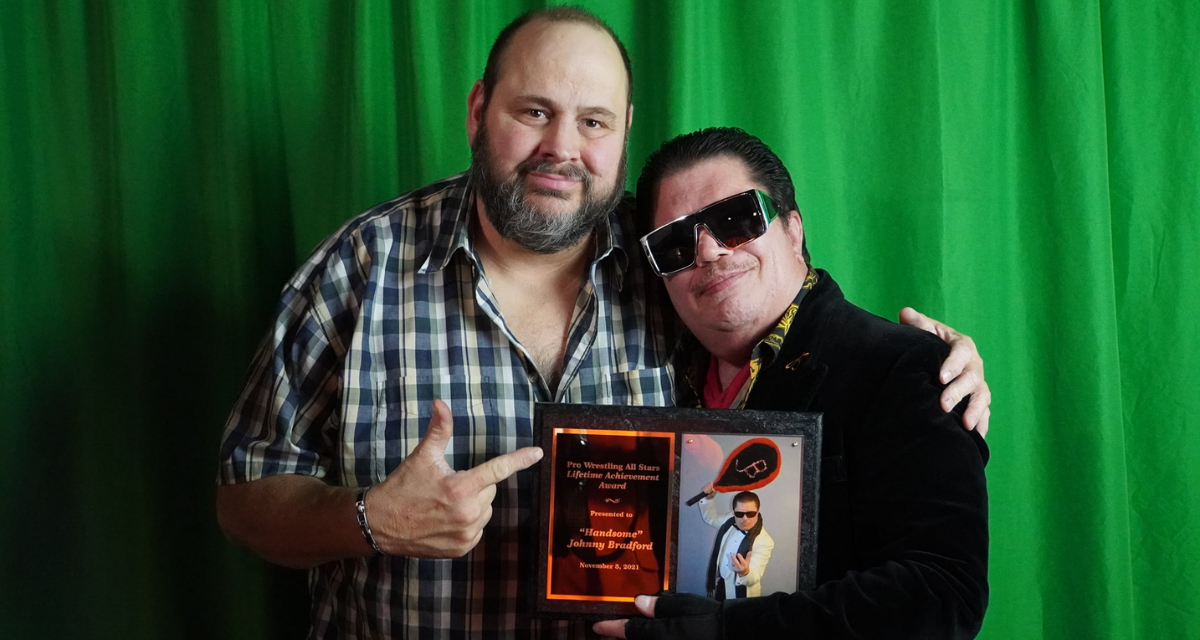 By LEONARD BRAND – For SlamWrestling.net

TAYLOR, Mich. — There is an old saying that tells us “Never meet your heroes,” but Friday night I got to see from ringside how someone named “Brad” was always a hero to me and someone I had admired for over four decades.

Going back to 1978, my family moved three hours northwest of Detroit and I was no longer to attend Big Time Wrestling shows at the famous Cobo Hall. Being 14 years old at the time I was devastated. I somehow made it through that and became obsessed with buying every “Apter” magazine I could get my hands on. They were such great magazines back then, and I was always drawn to the photos from Detroit by Brad McFarlin. His photos were always so good and I got to relive my childhood with photos of The Sheik versus Mil Mascaras, Harley Race, The Funks, and many others. It was as close as I could get living so far away.

A few months later, I bought a Wrestling Revue magazine and in the fan club section there was an ad where the very same Brad McFarlin was selling photos by mail. I thought this was a turning point for me and, over the years, I bought hundreds of photos from him. He would send a package of photos and I would pick out the ones I wanted to keep and pay for them while returning the unwanted photos. That started in 1978.

In 1982, I was able to meet Brad in person at a Georgia Championship Wrestling show in Saginaw, Michigan. It was that evening I learned my friend of over four years was deaf. It never mattered to either one of us and our friendship has been strong every since. I would enjoy his letters and read about his road trips to various shows and his admiration for Buddy Rogers and Ric Flair.

Fast forward to 2021, and on Friday, November 5th, Pro Wrestling All Stars presented its 15 year anniversary show in Taylor, Michigan. The highlight for all of us was to see Brad McFarlin get a Lifetime Achievement award for work as manager Handsome Johnny Bradford. In attendance were his wife, son, sister, brother-in-law, and many friends who came to see just him.

Impact star and longtime Michigan wrestler John E. Bravo introduced him to the crowd and told him how much he meant to all of us. Obviously, being emotional, Bravo read Brad’s acceptance speech, thanking many stars he managed before they got their big breaks like Edge, Christian, Rhino, Joe E. Legend, and Bruiser Bedlam. He thanked all of the promoters in the greater Detroit area who saw his worth as a manager and what he added to the shows. 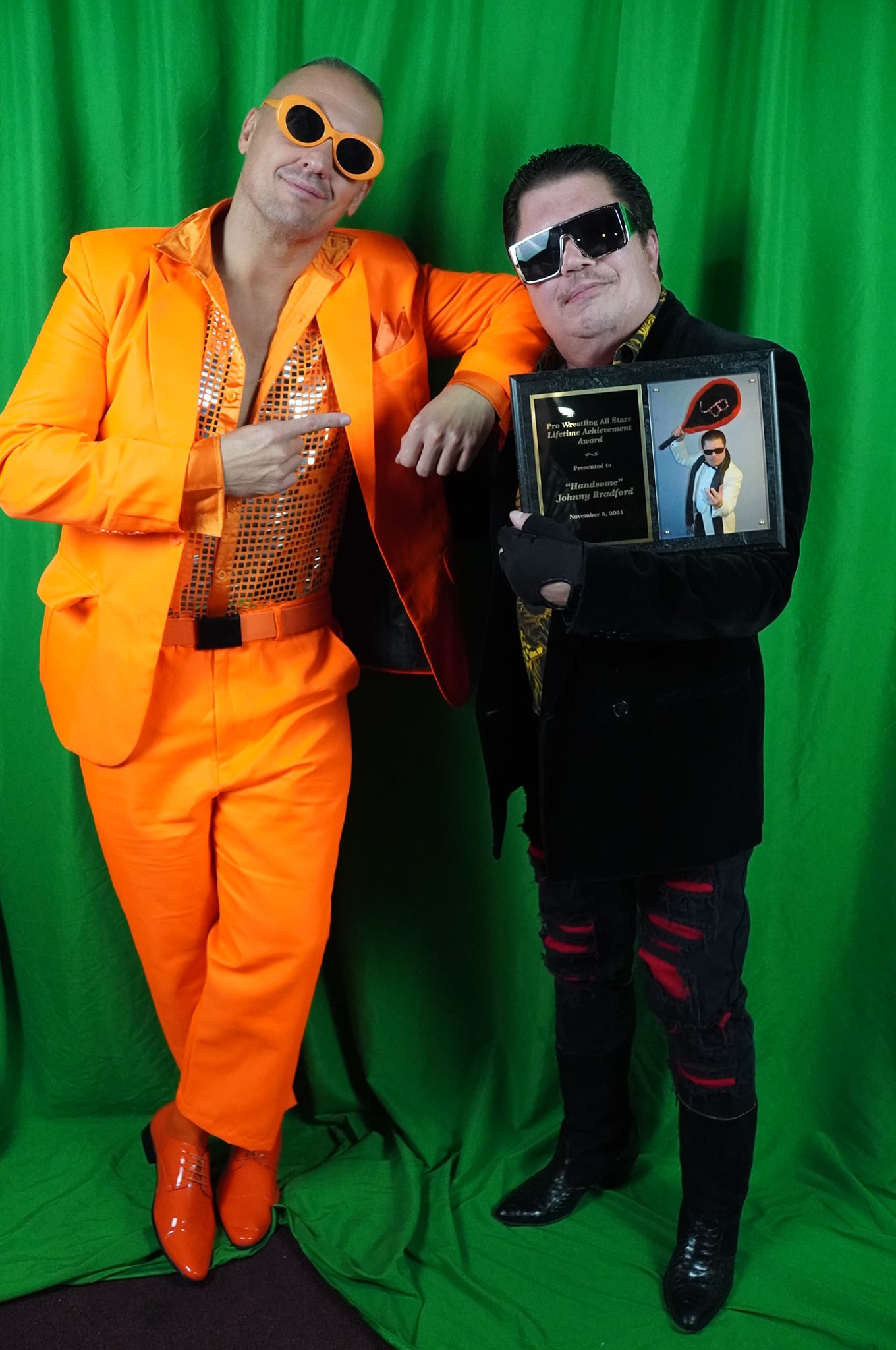 Growing up, I never wanted to be a wrestler or a referee — I always wanted to be a photographer. I had many idols like George Napolitano, Bill Apter, Larry James, Frank Amato, Gene Gordon, Lil Al Vassuer, Pete Lederberg, and Bruce Viner.

But to me, the pinnacle of the wrestling photographers was Brad McFarlin. In the late 1970s, he was my hero and someone I wanted to emulate and be like, and here we are 40-plus years later I still feel the same way.

We chat online from time to time, mostly about how we long for the old days when wrestling was different. A lot has changed over the years in the business but Brad McFarlin has not changed and will always be engrained into the history of pro wrestling especially in the Detroit area.

Leonard Brand is a photographer based in Grand Rapids, Michigan.