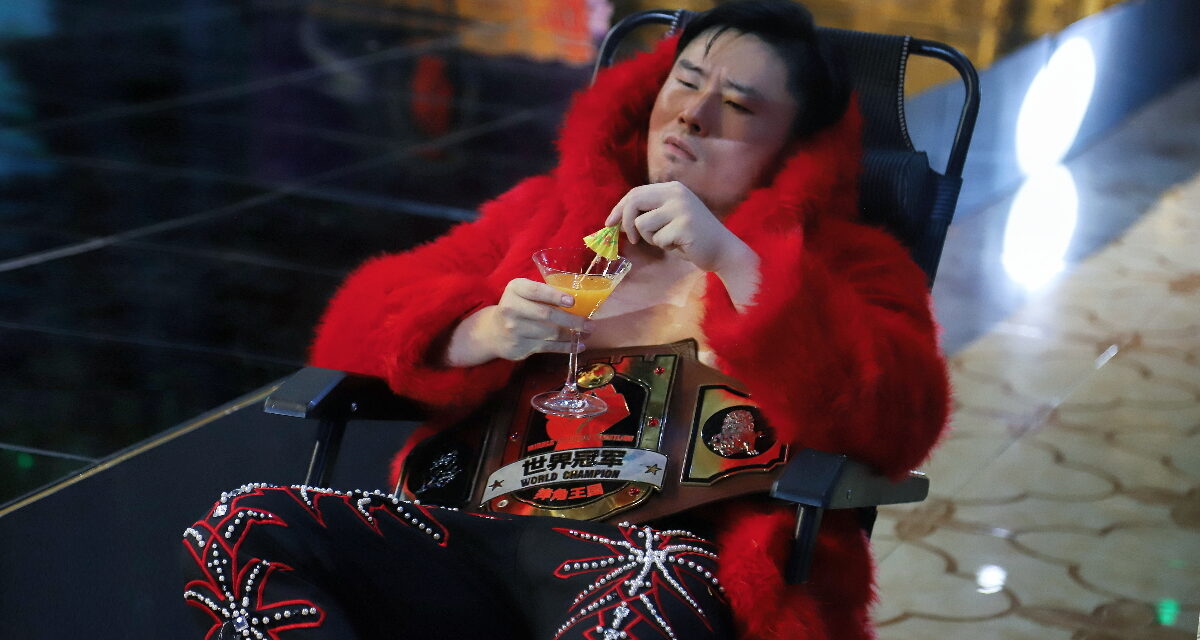 The show begins with a cold open backstage promo from champion Coldray as his Supreme Society associate Little Johnny stands behind him. He introduces the Coldray Games. A lottery machine appears on screen and 4 wrestlers are randomly selected from the roster: Aegon, Curry Kid, Black Mamba and Wang Tao. The wrestlers will face off later today.

This first match takes us wrestlers to South Korea’s Pro Wrestling Syndicate for an intergender contest. Before the match both Oasis and each get a respective backstage promo with interviewer Eundeok Nara. They have wrestled each other many times and all over the world in Canada, USA and more.

The two respectfully trade wrist locks to start with DDR getting the upper hand with her techniques and speed. These advantages remain for her over Oasis’ strength when the action switches to off the ropes. Oasis takes over when she jumps off the middle rope with a cross body attempt he turns into a back breaker.

Oasis keeps control with a methodical pace with power moves. DDR shows some fire but keeps getting stopped with big moves. She finally fights up from a headlock and hits a spring board back elbow to even things. After a series of fast reversals Oasis hits a big DDT for the win.

We are shown some photos from a press conference in Shanghai where MMA fighter and champion Kyle Rozewski has signed on to join the MKW roster and have a future MKW championship match. It seems the occasion broke down and Little Johnny and Kyle had a brawl.

Before the match Chen has a backstage promo where he says he won’t let down his team tonight and will show his abilities as a singles competitor tonight.

Early control from Holmes but he is more concerned with letting the audience know he is the man with the green hat allowing Chen to hit some high flying offense off the ropes. Holmes powders but Chen follows him, beating him back into the ring. Chen scales the ropes but Holmes crotches him on the top rope. 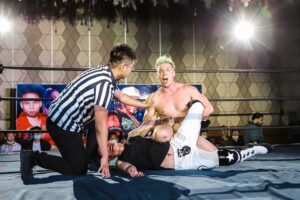 Holmes uses dirty tactics and prevents Chen from fighting back with big moves. Connor also gets in some shots behind the refs back.

Chen is able to come back with some flying forearms after Holms eats post after missing an attempt to hit Chen in the corner. Chen gets numerous near falls. After his frog splash Connor pulls the ref out on what would have been three and Buffa clobbers Connor taking him out of the equation.

Chen is distracted by the illegal men, allowing Holmes to hit a gutbuster, then senton for the win.

After the bell Holmes locks his fallen tag team rival in a submission stretch until Buffa returns to save his fellow C2NY teammate. But Connor returns as well to attack Buffa. The Irish Whips leave C2NY laying.

Coldray enters first to watch the match. He sits ringside in a chair with a fancy beverage to observe the Games.

The match begins as a tornado four way. After five minutes Big Johnny joins the fray. The winner gets a MKW Championship Title shot.

The first five minutes is chaos. Shotgun action seen big moves, double teams, nearfalls, fighting on the outside and dives. Aegon and Mamba form a bond and dominate the other two together. With less than a minute left the inevitable happens and the two become at odds and fight. 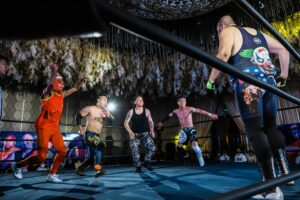 When Johnny enters the four join forces to fight him and still uphill. At one point Mamba ends up outside and Hongwan shows up for revenge for being attacked previously taking Mamba out of the Games.

When Johnny has the remaining three laying he begins to showboat. This allows Tao to attack him from behind and dump him to the outside.

Tao picks up the win with a falcon arrow on Aegon.

The Coldray Games is an obvious take on the popular South Korean Squid Game that is relevant in China and in North America. The match was a fun concept that suits MKW champ Coldray. Coupled with 2 other solid matches made this an enjoyable episode.