Behind the Gimmick Table: Turtles and Hasbro had an Impact on John E. Bravo 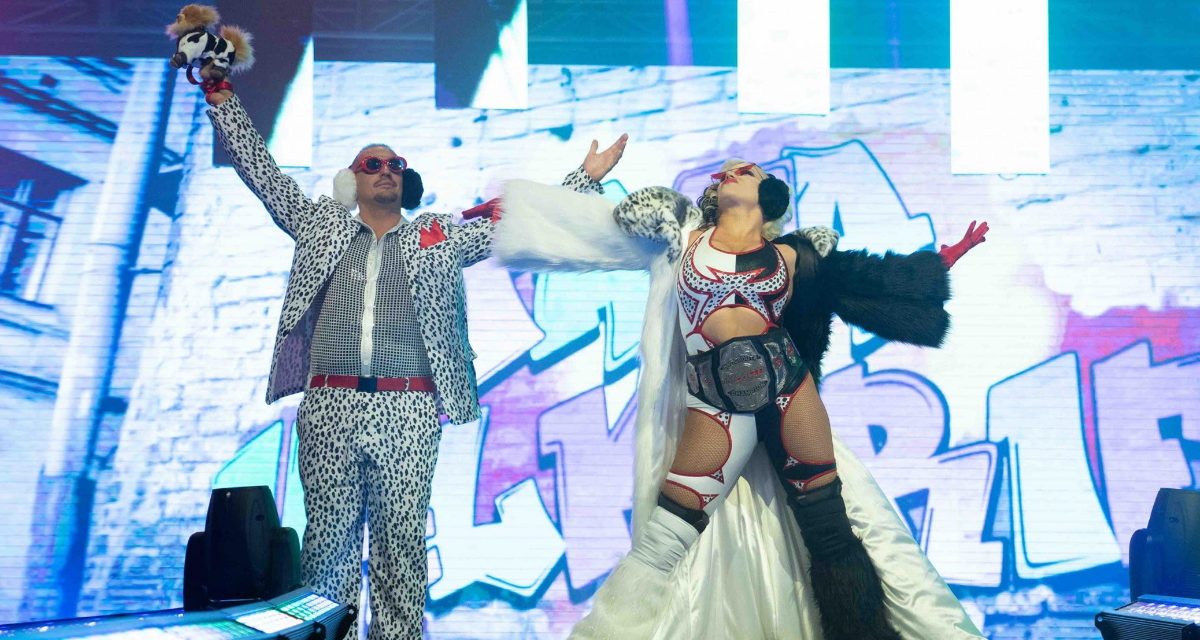 Today, John E. Bravo is known for parading around in his loud outfits with a stuffed toy dog for Impact! Wrestling as a bombastic manager. Interestingly, this presentation is a departure. It symbolically collides worlds that for him worked best when they were farther apart.

Although a lifelong collector, Bravo has been thoughtful and cautious about his involvement with wrestling merchandise as a professional in the industry. 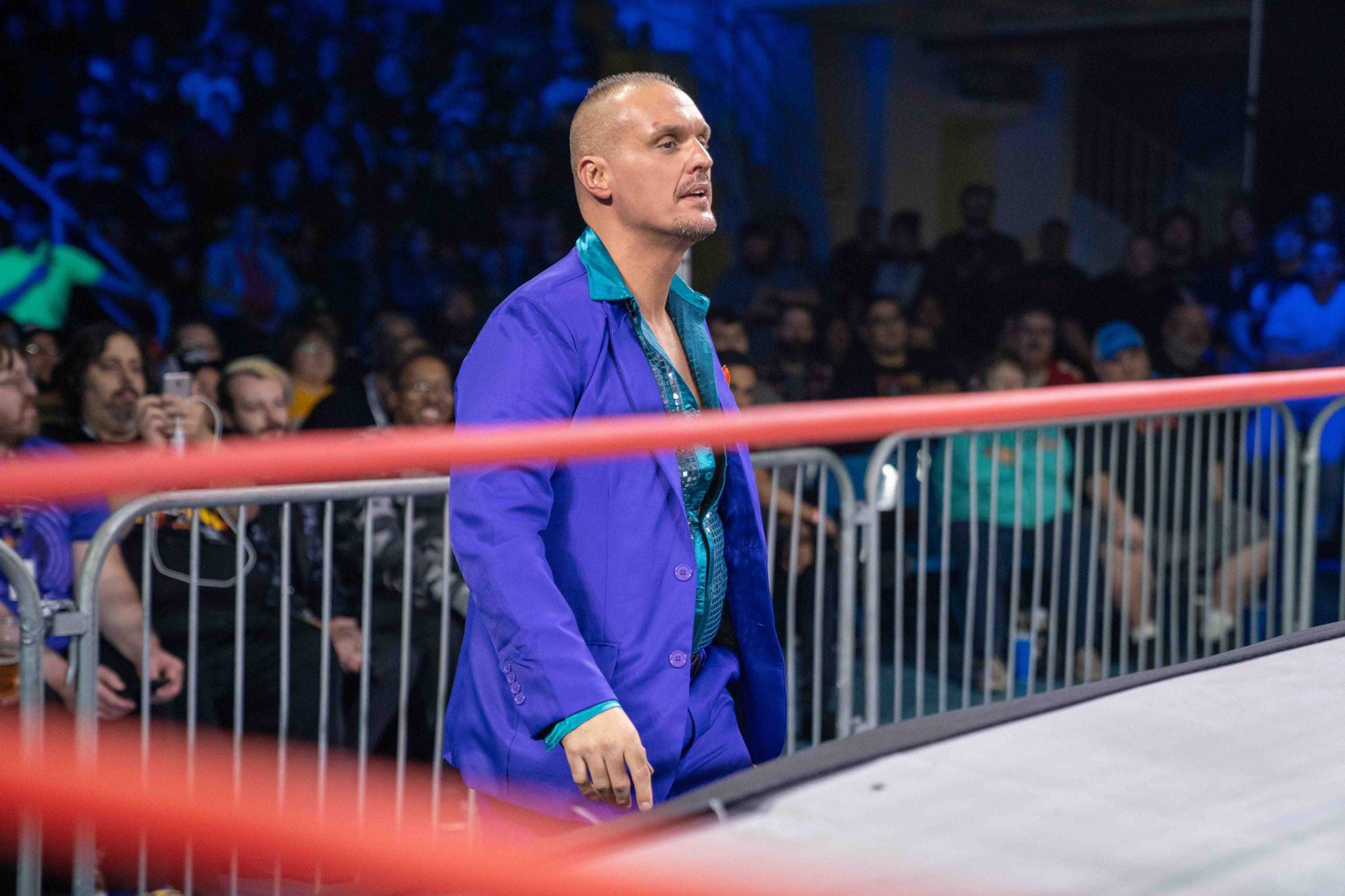 As a child his collecting focused on play first and foremost. “I had some of the big rubber WWF LJN figures but the [WWF] Hasbros and Teenage Mutant Ninja Turtles (TMNT) by Playmates were my focus,” he told Behind the Gimmick Table.

The unpredictability of going to the toy section as a child remain treasured memories. He remembers “the excitement of seeing a character in real time for the first time… That particular magic is gone because of the Internet and modern communication. The thrill is not gone, but different.”

Although his Ninja Turtles and WWF wrestlers would not cross paths in his play, his creativity would shine through both. “Hogan was the guy so he always had the little title belt. But I would sit for hours on end and have Royal Rumbles that Mr. Perfect won. I thought he wasn’t having his due on TV. Mr Perfect was always there at beginning and end. That yellow Hasbro, I adored.”

On the TMNT side of things, his creativity would manifest in a different way. “We couldn’t afford the playsets, so I’d turn a box on its side and cut a [manhole]hole in it and that’s the street with the sewer underneath. Glued Popsicle stocks for a ladder. I would sit and make cities and buildings from boxes my mom would get and I’d do that for hours.” 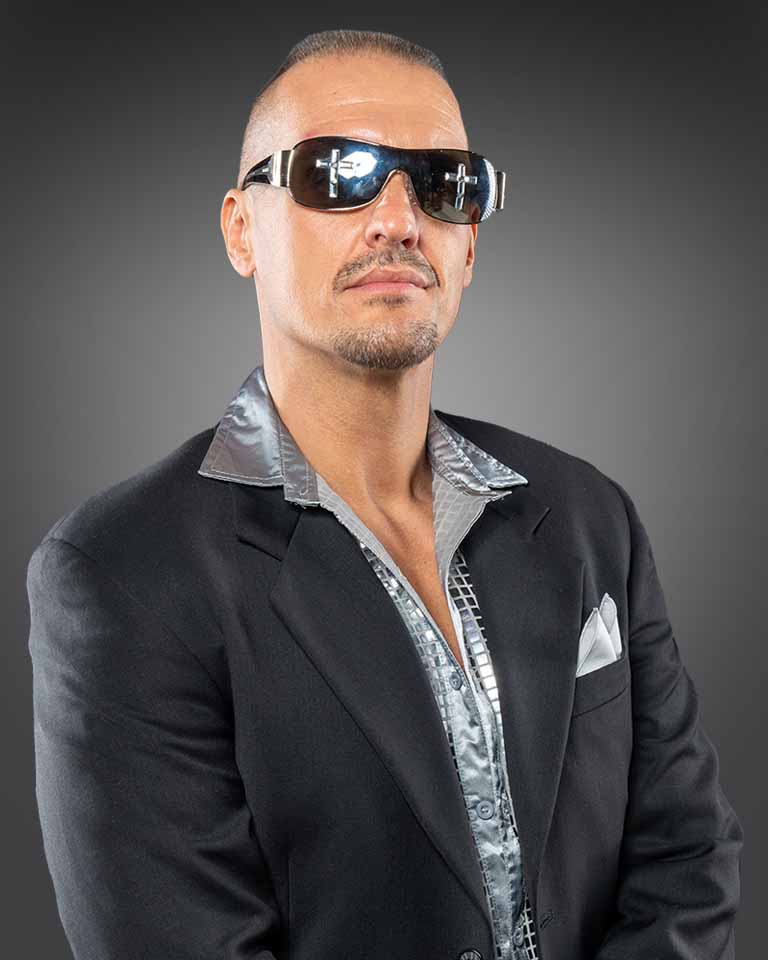 Today his additional responsibilities for Impact! echo his childhood play, as he assists with writing, production and especially the procuring of props for its TV events. For those who followed the storyline, he had been a referee before siding with the villains.

As Bravo came of age, he still collected but abandoned playing for taking part in the action. He started training in pro wrestling at 17.

But as he ventured deeper into the world of sports entertainment, his view on collecting changed. “I became enamoured with the figures with the real scan technology, I bought a ton of those. But… I started to encounter these guys that were my co-workers. It got weird to me.”

Bravo scaled back his action figure collecting and shifted towards Star Wars, and although he cut his gaming back severely, his game collecting would remain. In his expansive video game collection a few rare gems stand out.

“I have a Super Famicom (Japanese Super Nintendo) and the add-on system that connected to satellite: Sateliview. Downloadable content was only accessible at certain time of day when the satellite was available.” 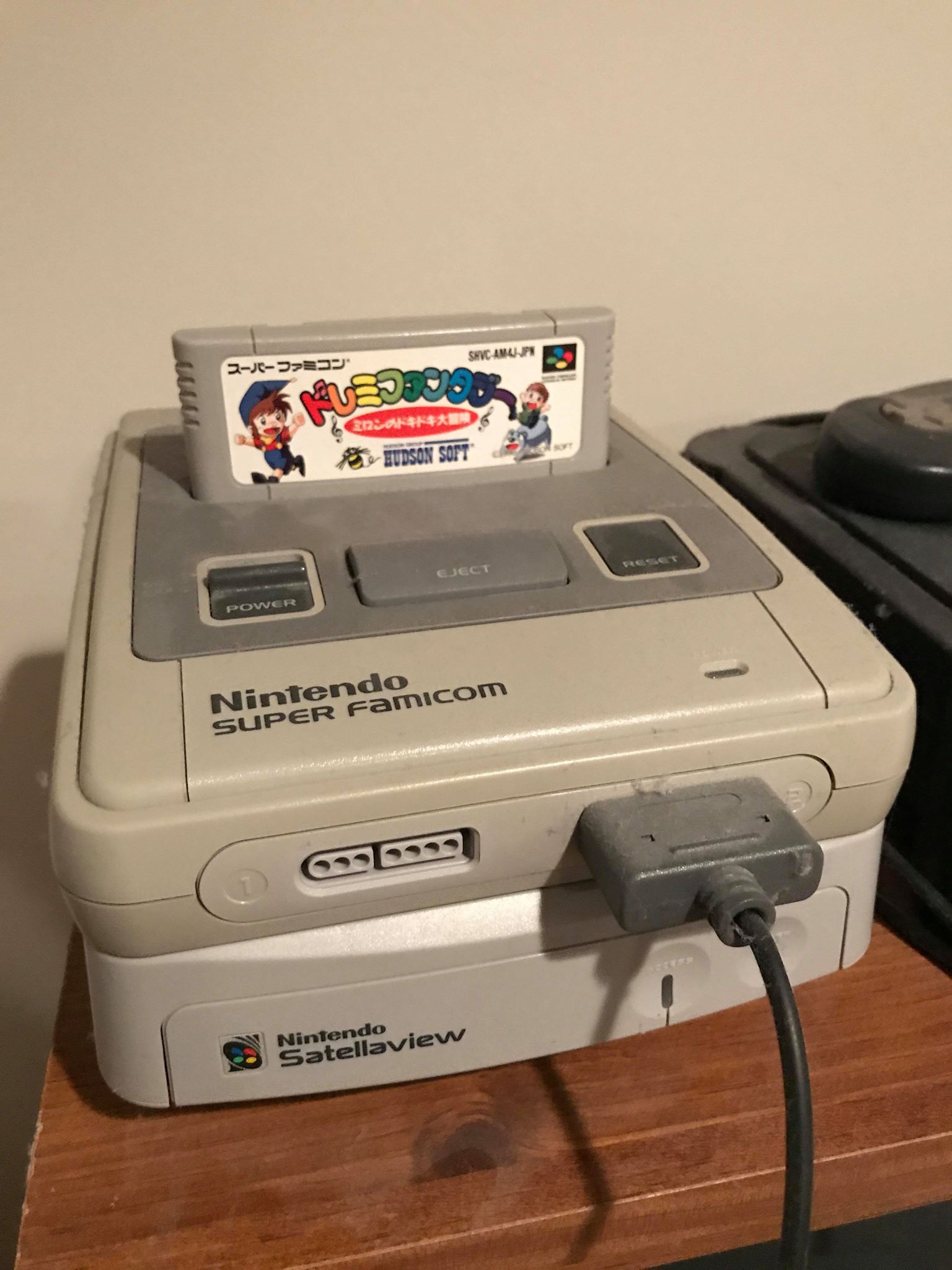 As far as games themselves go, luck led him to one of the rarest Super Mario Games in existence. Mario All Night Nippon Super Mario was a Japanese radio show giveaway; only 50 were made. He describes it as “a Nintendo .ROM hack for the radio show where they changed the characters of the game to relate to the show. ‘Be caller 25 and we will give you this game.’ I lucked out and got it through a middleman I paid to buy a collection off the Japanese eBay.”

These days his playing is limited to minutes at a time. Bravo said he “enjoys having them around but long gone are the days where I could sit for 12 hours and play Goldeneye.”

As a coach at the Border City Wrestling School in Windsor, Ontario, this is something the Michigan native emphasizes to his students. “If you are going to get anywhere in wresting, you have to approach it as your job. But if you’re collecting the toys and video games, you aren’t going to reach your goals — this other stuff is sidetracking you. Especially when I see a wrestler with potential slacking, not attending class, but sure enough I can always find them online on PS4 playing WWE2K.” 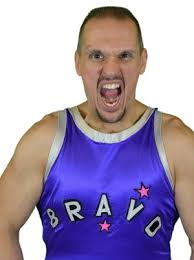 As far as his own merch goes, the story is a short one. “Since my debut in ’96, I’ve never had one T-shirt. Sold a handful of 8x10s once but I stopped right away. I’ve always been a heel. I don’t like interacting with people I don’t know in that way. Maybe call it agoraphobia. I was trained that heels don’t do that. I know I’m leaving money on the table. I used to watch Sabu, he sells merch now as he’s older. Back then he’d never be at the merch table. I idolized Sabu. He was mysterious.”

Today, Bravo still collects some Teenage Mutant Ninja Turtles figures. “NECA is putting out the stuff we wanted as kids but the tech wasn’t there; the movie turtles look like miniature scans straight from the screen. How I wished they looked back then. The people running NECA are my age and are talking directly to me. It’s basically a dream come true.”