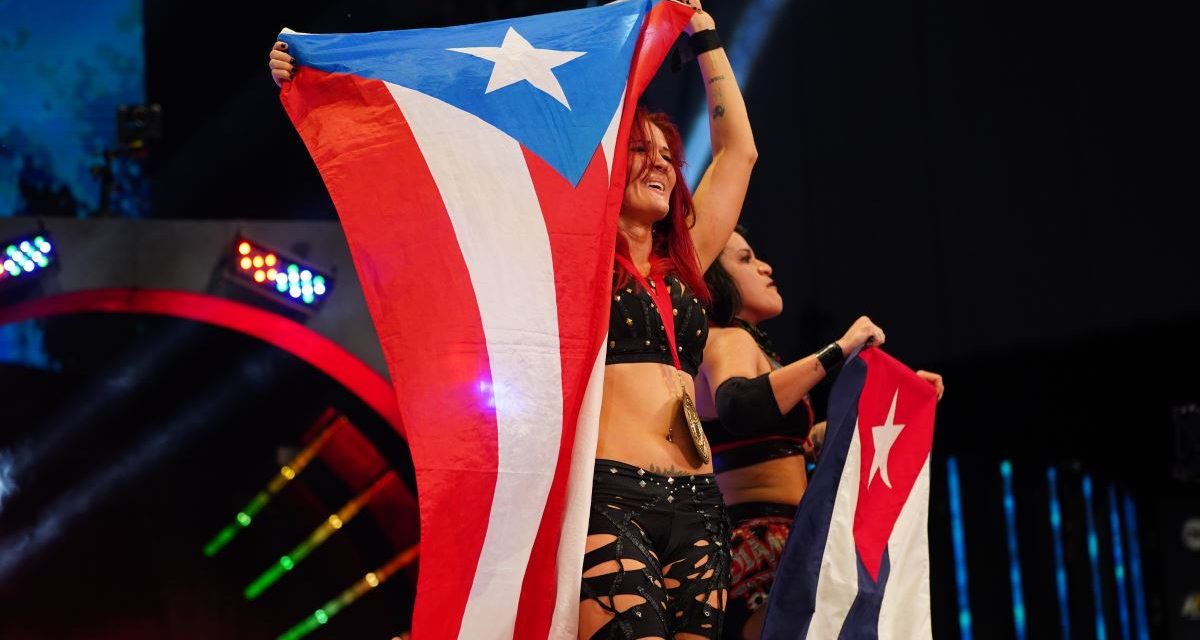 As someone who loves watching women’s wrestling, it’s always exciting for me to get into a women’s tag team tournament. With the prospect of new wrestlers being introduced to an already lively company, I was excited to see what was in store. Sadly, it turned out to be a shameful promotion of AEW’s royal clan, The Nightmare family.

AEW’s Women’s Tag Team Tournament proved that they have women who can really make the division one to remember, but instead led storylines down a predictable and disappointing path filled with nepotism.

The Nightmare Sisters, comprised of Brandi Rhodes and Allie, basically breezed by all of their competition and somehow made it  to the final match. This was one of the major storylines that seemed to have no logic. There were many other talent grapplers who could have surpassed them, but because they belong to the royal family of AEW, they got a pass.

Aside from the teams and the storylines they choose to play out, there were some bright spots of the tournament and some pleasantly surprising appearances were made.

I quite enjoyed Veda Scott’s commentary with Tony Schiavone. She has not only proven to be a force to be reckoned with in the ring, but she clearly has the knowledge and the voice to sit at that table. AEW seems to be the land of opportunity. In fact, Scott wasn’t the only one to show off her diverse skills. 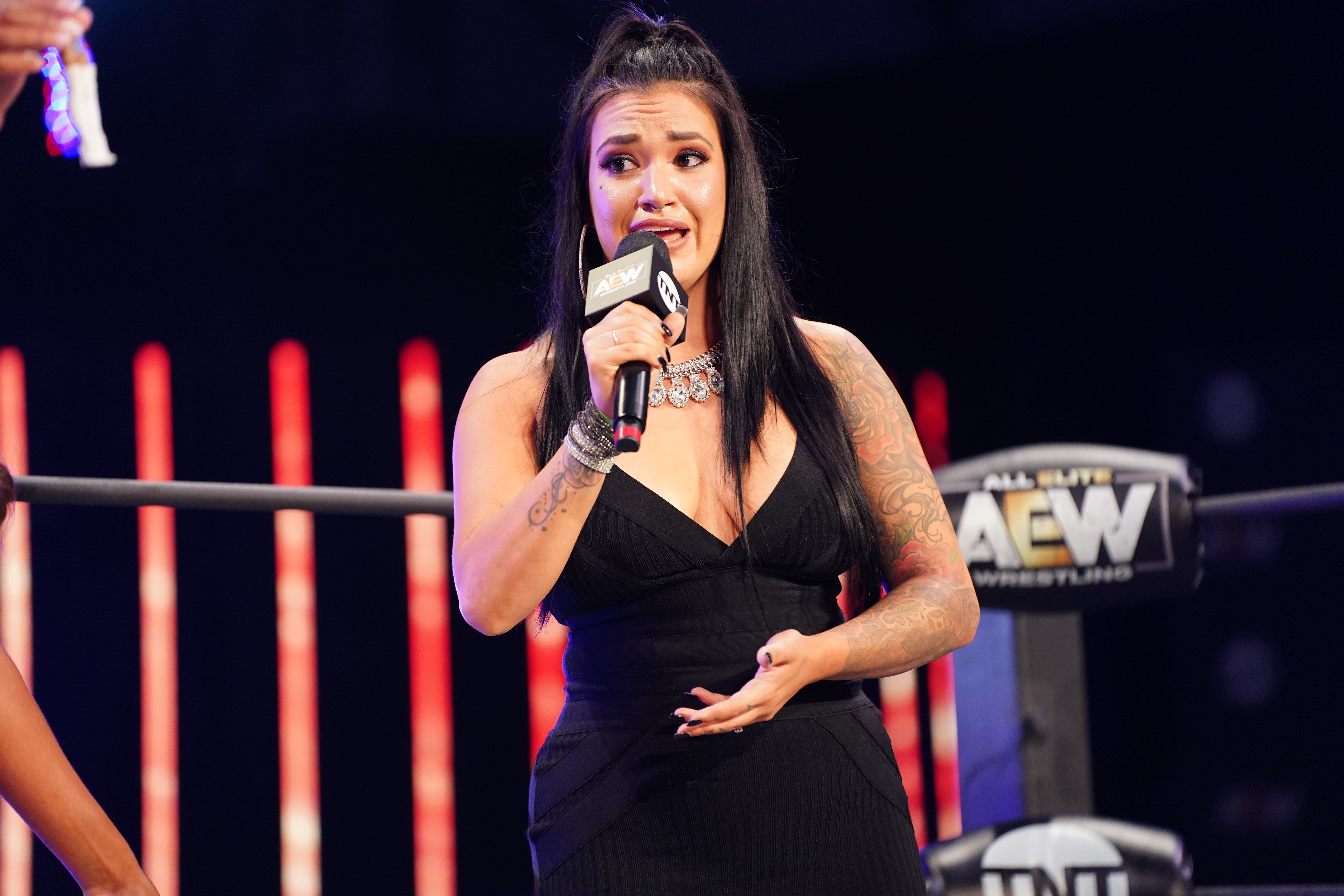 Shaul Guerrero, ring announcer for the tournament. Photo courtesy of All Elite Wrestling.

Backstage interviewer and Spanish color commentator Dasha Gonzalez had her time to shine in the ring, and she also proved to be a good competitor. She has previously mentioned on various podcasts that she was itching to get back in the ring and it was nice to see her finally get that chance. Although she wasn’t always the most graceful, she showed that she has the technique to be a good competitor one day. I really hope this is not the last we get to see her.

Other notable mentions would include Lil Swole – or Nicole Savoy – who was paired with Big Swole. I was also happy to see Tay Conti in this tournament, who was paired with Anna Jay. The Brazilian pro wrestler, who also holds a black belt in Judo was paired nicely with Jay, as she is a more experienced performer and can teach Jay a lot. Both of their techniques complimented each other.

Keeping it on theme with the almost-all female cast, Shaul Guerrero also made her debut in the ring as announcer. Being Women Of Wrestling’s main ring announcer, Guerrero has also been training as a grappler and is hoping that one day she will make her debut. Only time will tell if that will be with AEW; that her mother is currently there makes for a good clue.

Ariane Andrews, known best as “Cameron” in the WWE days, also made her debut, as she was paired with the “Native Beast” Nyla Rose in the first round. Although the team lost, Andrews surprised me with her newfound character. It’s clear that she put in the work to improve and that she has what it takes to become a serious wrestler. I wouldn’t be surprised if we started to see her in future AEW Dynamite or Dark matches. That, sadly, is where all of the entertainment ends, all of which came before the finals.

The Nightmare sisters made it through all rounds of the tournament, making it feel as if the entire thing was to promote themselves instead of the women’s division that they are trying to build. 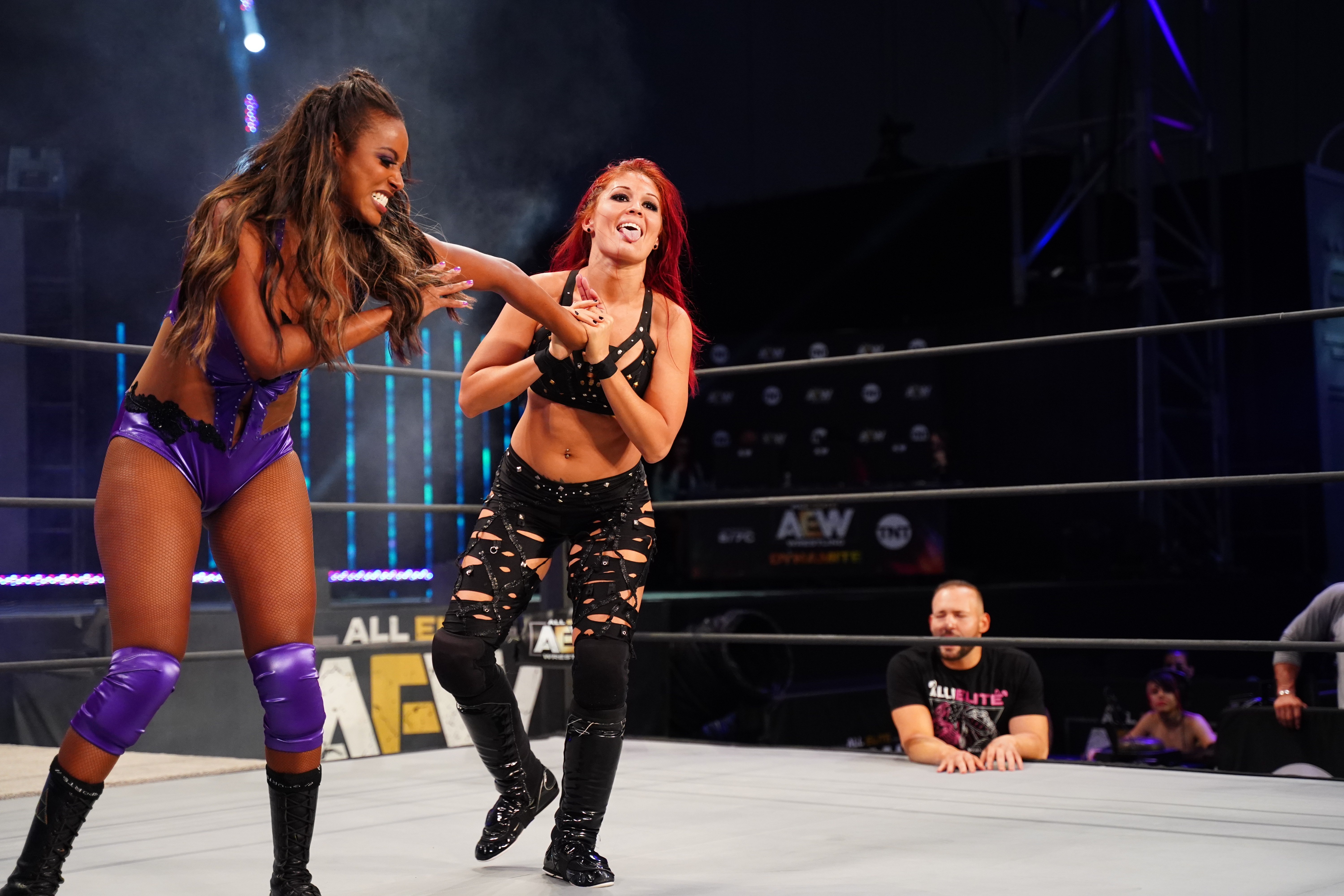 I can forgive the fact that the teams weren’t exactly “picked randomly,” as some of them were actually enjoyable to watch. One of those groupings were Ivelisse and Diamante.

The finals came down to The Nightmare Sisters and the team of Ivelisse and Diamante. Oh and Little Bran Bran, an action figure of Brandi that’s part of AEW’s Unrivaled collection. Can’t forget that.

Brandi Rhodes was originally a part of The Nightmare family, being married to The American Nightmare Cody Rhodes. Allie is also known as the Bunny, when she was a part of the team of the Butcher and the Blade. One day it was announced that she was dating QT Marshall, who a member of The Nightmare family. This is what led to the only to women of this clan joining forces in this tournament.

Ivelisse and Diamante are a vicious duo that have a combination of 28 years of experience. These two teams shouldn’t even be in the same ring. I couldn’t understand how a team that mainly acts as valets are going up against two wrestlers, who individually, could beat both of them. Luckily, the wrestling gods made everything right in the world and Ivelisse and Diamante took home the gold.

I was thrilled that Ivelisse and Diamante took the win. It’s time that they have new women who can be on the main card and make this division something worth watching. There are those on Twitter that don’t believe that AEW’s women’s division can be one that will make history. With these two taking the victory and hopefully a push on their weekly Dynamite show, I am confident that things will take a turn for the women of this new company, and one for the better.

RESULTS OF THE TOURNAMENT: