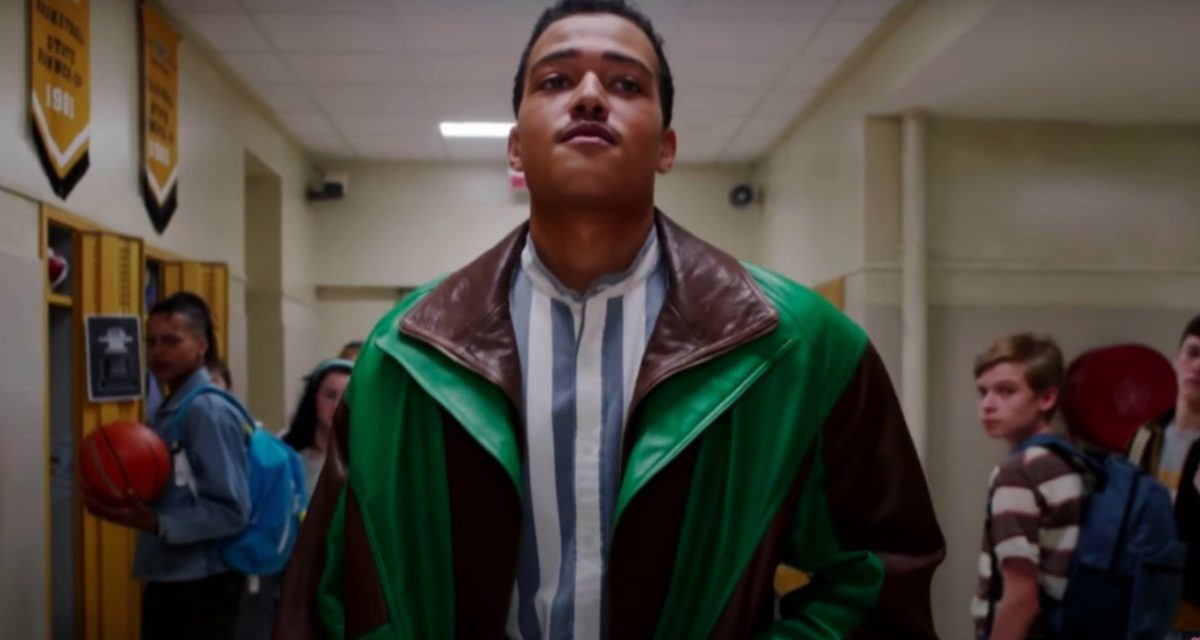 As Young Rock continues to use Dwayne Johnson‘s life story, told in a dramatically creative fashion, to play for some laughs and deliver lessons, there is a moment in this week’s episode that reminds us of how powerful a single decision or action can prove to be in the course of someone’s life. Sometimes, those kinds of decisions or actions may not make for great TV, so instead of showing the moment itself, little tributes can be paid to honour them.

That’s why you might have caught Bruno Lauer (also known as Downtown Bruno or Harvey Wippleman) pop up at the end of the episode, titled “My Baby Only Drinks the Good Stuff”. He has one line, is otherwise here and gone, and you’d be forgiven for either missing it or thinking it was just happenstance that the former wrestling manager ended up with a cameo.

To hear Dwayne Johnson tell the story, though, he owes Lauer as much as he does anybody. We’ll return to this in a bit.

The episode starts as every other episode has: in 2032, with Dwayne Johnson seeking to become United States President. The mood is tense as Johnson arrives in an undisclosed location to meet with his public relations representative. Johnson hears the news that his polling numbers are slipping — and he knows why.

It’s because, in this semi-satirical world that the show has created, little things become big controversies in the future of politics. Johnson has arrived at a food truck in Philadelphia to atone for his previous day’s sin. Protesters have gathered to let him know how unacceptable it was for him to eat Philly Cheesesteak, as Johnson calls it: “protein style”. That means no Amorosa roll, and that means he has some apologizing to do.

Again, it’s nothing too serious, which is exactly where this show lives. All the opening really serves to do is to give Johnson a chance to explain how he learned long ago that everyone deserves a second chance. So, we go back in time to his youth, this week to 1987 in Bethlehem, Pennsylvania, where a 15-year old Dewey Johnson (played in this timeline by Bradley Constant) is piling on the mistakes with his would-be girlfriend, his school, and his family.

The last time we saw Constant, he was blowing off his dream date with Karen to make amends with his mom, Ata (played by Stacey Leilua). While that was a lovely moment, he’s still desperate to make things up to Karen. He arrives at her house and delivers a well-practised promo on why he deserves a second chance. Interestingly, he gets an immediate second chance to deliver that promo, as there’s something about Karen that he doesn’t know (nor do we, so there’s no need to spoil the moment here).

Eventually, Karen offers a solution, which is for her to come to Dewey’s house and have dinner with his parents. She wants to try some of his family’s ethnic cuisine (though she’s not entirely certain of which ethnicity that is). Dewey accepts, but confides to his friend Gabe that this isn’t a solution at all, because he has been playing the role of a rich kid to impress Karen, and bringing her to his apartment is going to bring that facade crashing down.

In 1987, Rocky (played by Joseph Lee Anderson) and Ata have very different visions of how to move forward in some tough economic times. Rocky is shown as, at heart, a salesman — whether he’s selling himself in the ring or selling his family on the idea that more wrestling work is just around the corner for him. Ata is presented as much more pragmatic, continuing to clean houses; her employer/friend Diane has a small part in the episode, and it’s nice as always to see them interact.

Rocky even lends a hand with the cleaning business, but his efforts at getting some in-ring work seem to start and stop with a quick question to Afa and Sika (played by John Tui and Fasitua Amosa) who tell him there’s no work to be found. He shrugs and gets back to working out, while Ata is shown trying to cancel her jazzercise class membership. 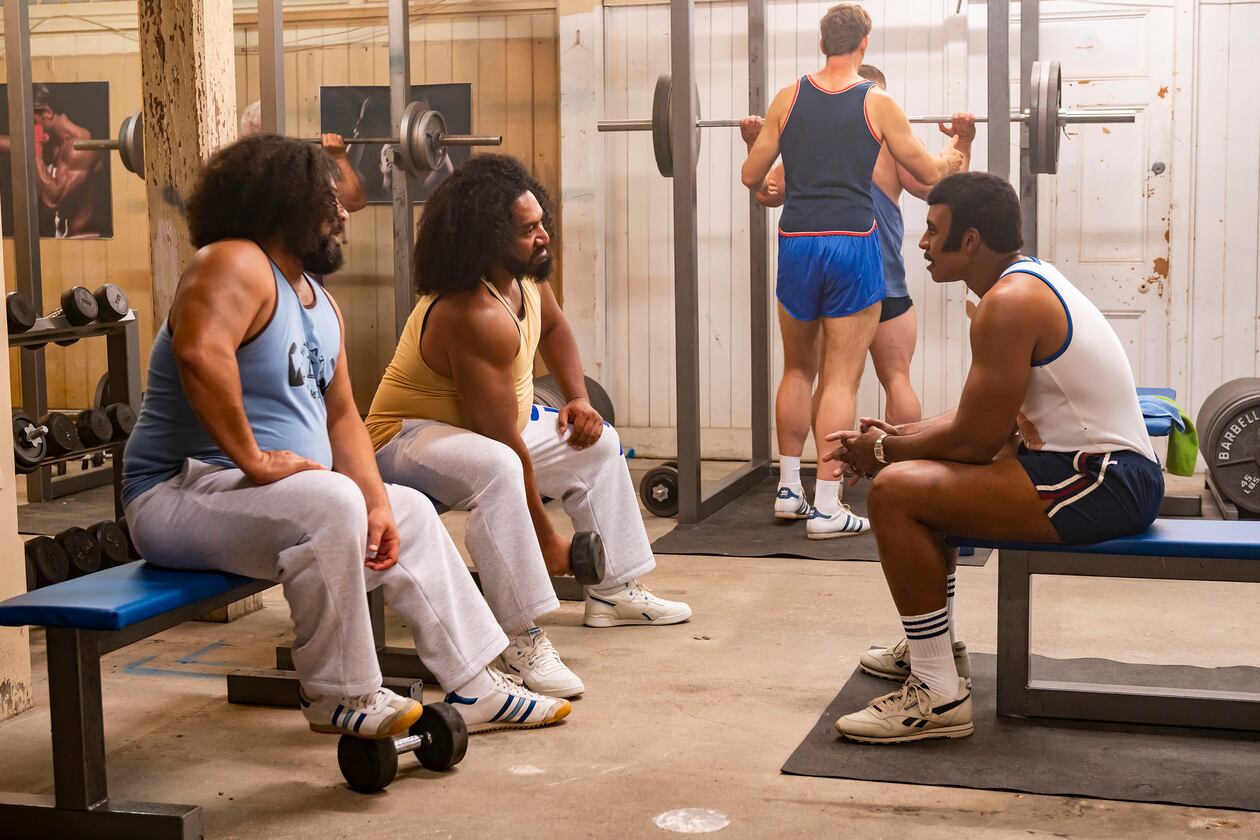 When Dewey asks for help with his plans for Karen, Rocky kicks back into salesman mode and tells Dewey that, since he’s been working the gimmick by pretending to be rich, he has to work it even more. Dewey is getting more and more anxious, getting into some new trouble by running up against a football coach at school, Coach Cwik (played by Andrew Buchanan), and by the time he takes Karen out and tries to keep up his charade, it tumbles down in rather decisive fashion.

Finally, Ata delivers a line that, if it were real, could easily be the type of statement made by a parent that would be remembered for a lifetime. She chastises both Rocky and Dewey and tells them to “stop working the gimmick and start working on a solution.”

As the episode comes to a close, Rocky tries harder to fall in line with what the family needs, Dewey offers an apology to Coach Cwik that opens the door to some football opportunities, and even 2032 Dwayne gets his second chance to chow down on a Philly Cheesesteak sandwich.

Which is where you can see Bruno Lauer pop up.

In a lengthy Instagram post in December of 2020, while filming Young Rock, Johnson pulled Lauer in to tell the story about how Bruno had put him up when he was younger, and then again when he was starting into wrestling. Lauer was even involved in the real life story of Johnson obtaining his first car, which was fictionalized in the premiere episode, and at this point in the video Johnson reveals that he is gifting a new truck to Lauer as a means of returning a favour.

You can check out the video here for the whole story.

Again, while the tale of young Dwayne Johnson taking up residence in Bruno Lauer’s trailer clearly isn’t quite what the show has in mind for presenting impactful moments, giving Lauer a guest spot is a nice tribute to someone that played a big part in Johnson’s success story.

Next week, we should be returning to 1982 and the bulk of the wrestling-focused storytelling.