‘Young Rock’ premiere episode: A fast and furious rush through the many lives of Dwayne Johnson 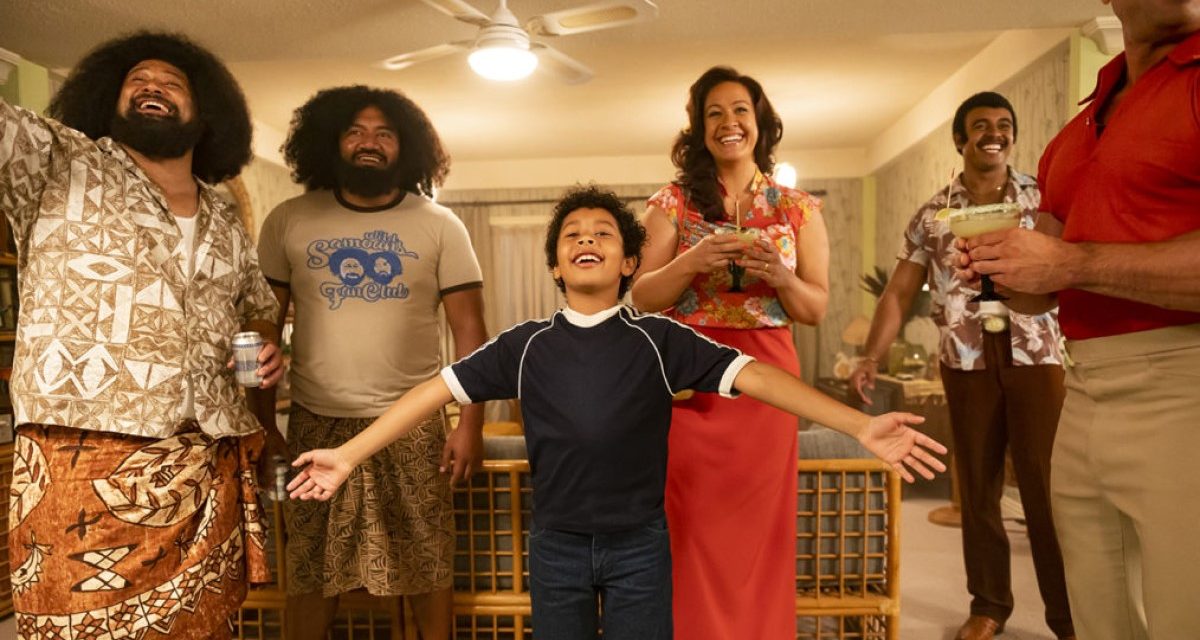 The first episode of Young Rock, a series produced in part by Dwayne Johnson as a look back upon his life, moves at a breakneck speed as it covers a ten-year span. In a way, it’s a dizzying entry that throws an awful lot of characters and time periods at you all at once, including the “present-day” version of Johnson – playing himself in the year 2032 as he embarks upon a U.S. presidential campaign.

The conceit of the show is that Johnson is making an appearance on a TV show hosted by Randall Park (also currently featured in WandaVision on Disney+), who is playing himself as a former actor turned talk show host, and encouraging Johnson to reminisce about growing up. It doesn’t break the fourth wall, but its meta-awareness permeates every scene and it all serves the purpose of helping Johnson (the 2032 version) show the voters that he’s really just a normal guy.

The funny thing is, it kind of feels like the very purpose of the show is testing the waters for a political run by Johnson (the 2021 version).

The format goes like this: Park asks Johnson to shed some light on his youth, which allows us to visit 10-year-old Dewey (played by Adrian Groulx), 15-year-old Dwayne, who would rather be known as Tomas (played by Bradley Constant), and finally the 18-year-old University of Miami student who announced himself as The Beast of Bethlehem – plus a few other nicknames (played by Uli Latukefu).

The bits with the real Dwayne Johnson are actually the less interesting parts dramatically, because they really do feel like attempts at doing exactly they are purporting to do in the show: allow Johnson to talk to the American people, expose some of the things he’s not to proud of, and promote his values. Yes, it’s supposed to represent a fictional campaign stop, but it’s so earnest in its efforts that it feels like a passive-resistant, real-life campaign ad.

It’s in the flashbacks that the show creates the most memorable moments: firstly with Groulx interacting with Johnson’s parents, Ata and Rocky Johnson, and a cavalcade of wrestling characters including André the Giant, The Iron Sheik, Afa and Sika, and The Junkyard Dog. Their time on screen is brief in this episode, but they cast a long shadow and are a big part of the draw for many people who want to see how they are portrayed. 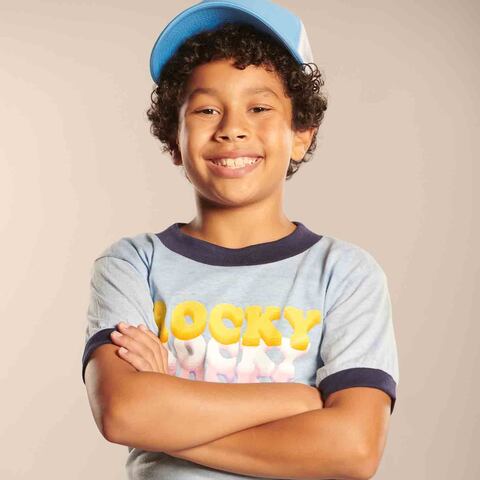 We hear a story of how Johnson’s grandmother, Lia Maivia, stormed into a ring to protect her husband Peter who was on the wrong end of a beatdown. He was in character; she wasn’t. This story checks out as it was related to SlamWrestling.net through Ata in a story posted after Lia’s passing in 2008.

We are introduced to Rocky Johnson’s mantra of “working the gimmick”, which is repeated often during the show, which basically amounts to talking the talk until you can get to walking the walk. 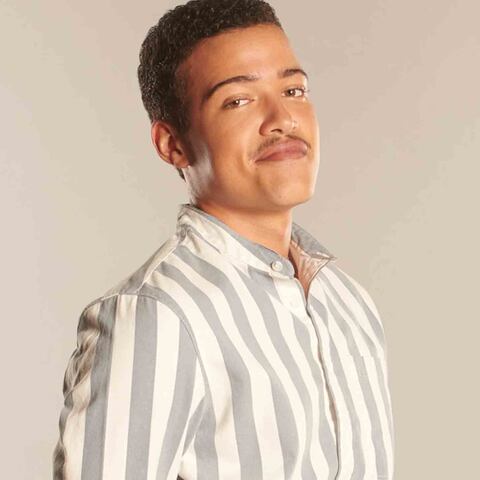 Next, it’s Constant’s turn to play the young, brash, mustachioed Johnson in high school, who admits to stealing clothes to work his gimmick as a rich kid. He has enough money to buy a car off a sketchy guy at the pizza place where Johnson works, and is soon afterwards startled by someone waking up in the back seat. This surprisingly wise and helpful man of meagre means imparts some advice to Johnson that seems to instantly turn the young man’s life in the right direction.

Interestingly, this story also largely checks out – though without the life lessons. You can see it in an interview here with Dwayne Johnson by Kjersti Flaa as part of a Fast & Furious promotion in 2013, in which he talks about his first car. It’s not quite what happens in Young Rock, but it demonstrates that the TV show is borrowing from the truth, if not quite adhering to it. 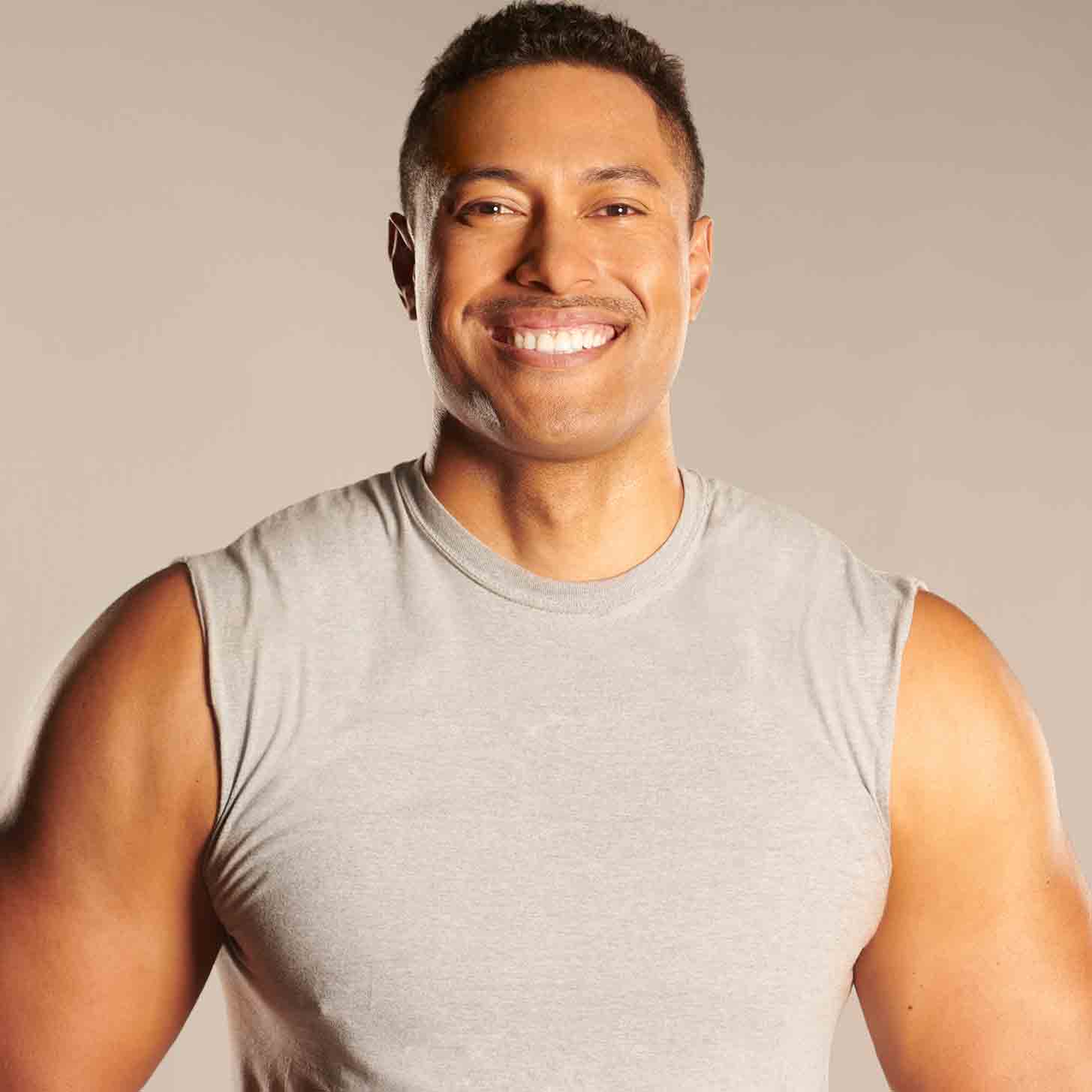 Uli Latukefu has the mannerisms and smile down on his way to becoming the People’s Champion. Photo: NBC

Finally, Latukefu, looking the most like the Rocky Maivia that we would soon come to know, swaggers into the weight room of the University of Miami Hurricanes and attempts to put on a show, all once more in an effort to work the gimmick. That’s an awful lot to cover in a thirty-minute episode (minus time for commercials), and so each section feels rushed and a bit glossed over. When you don’t have a lot of time to make your point, then the result usually ends up being very direct, on-the-nose storytelling. That’s what you’ll get here.

That being said, the job of the first episode is simply to entice the viewer to come back for more, and by setting up the four different times of his life, it certainly gave the viewers a chance to pick the one they liked the best and hope that they’ll tune in to see how that era will be featured in the coming weeks. If that is more or less the plan, then the show should only get more interesting as each version of Johnson is allowed a little more room to breathe.

As to the theory that this is really the beginning of Dwayne Johnson’s presidential run? We’ll have to give that one a few years to see how it pans out.