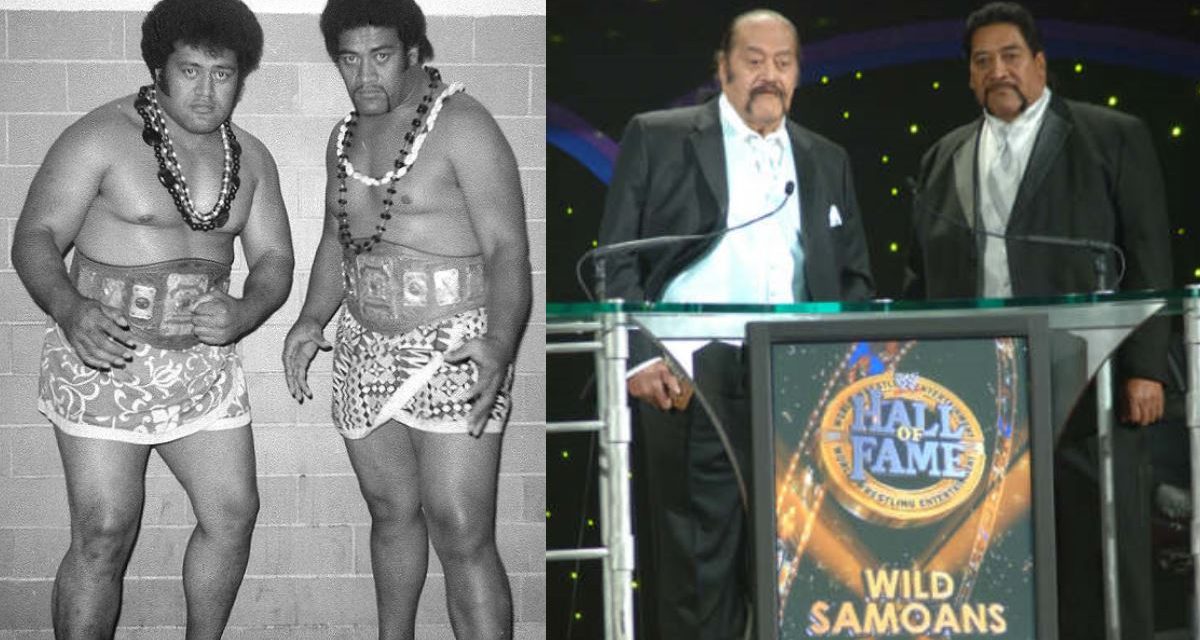 The Pro Wrestling Hall of Fame is in for a wild ride in 2012, as Afa and Sika Anoa’i are set to be inducted. And the only thing wilder than a Wild Samoan is two of them.

“The hall of fame is the greatest acknowledgment that an athlete can receive,” Afa told SLAM! Wrestling. “It makes all the years worth it. I personally loved wrestling and it has been good to me and my family, so to be included in any hall of fame, to me, means that I have made my mark and legacy.” 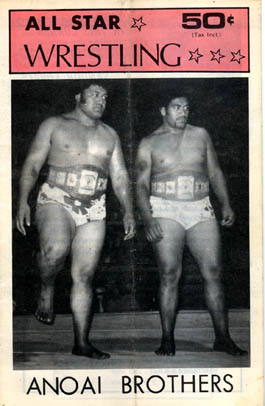 The Wild Samoans on a Vancouver program from 1973.

One of the great things about the Pro Wrestling Hall of Fame is that there are no promotions involved. This hall of fame is in celebration of the professional wrestling business in general. Every year, votes are cast by historians, previous inductees and others associated with the business to decide who is to be inducted.

“I was honored that my brother Sika and I were on [the] list to be inducted,” Afa said. “I will be in my homeland of Samoa during the time of the induction. I would have liked to be there for my fans.”

The Wild Samoans were internationally recognized as one of the greatest tag teams in wrestling history, with perhaps the most unique look for a team. They’ve captured tag team gold on 21 occasions, around the world. Their behavior during interviews was quite outrageous. They would exercise their right to pick their noses and eat raw fish, which all went along with their characters.

The duo got their start in Stu Hart’s Stampede promotion, before joining the WWWF in early 1980, and they stood out like sore thumbs; in fact, their first match with the company was for the WWWF Tag Team Championships against Tito Santana and Ivan Putski. The brothers, managed by Captain Lou Albano, also competed in singles matches against then WWE Champion Bob Backlund. They eventually won the Tag Team titles from Putski and Santana. In the early ’80s, the Samoans joined the Mid-South and Mid-Atlantic territories, only to return to the WWE in 1983. Afa’s son Samula was later added to the team as well. Once Afa retired from in-ring competition, Sika made periodic appearances in the late 1980s, most famously participating in the Wrestlemania 4 battle royal. Afa made his return in 1992, managing his son Sam and nephew Solafa (later Rikishi), a duo known as The Headshrinkers. Afa also opened up a training facility in the 1970s, and names such as Yokozuna, Billy Kidman, Gary Albright, and Batista came through the doors.

It’s seldom that wrestling legends get a chance to reconnect with one another outside the business. But events such as the Pro Wrestling Hall of Fame banquet often serve as a meeting place for those wrestlers.

“I enjoy wrestling conventions, because it gives me a chance to see other legends,” Afa said. “I live in Florida, so there are lots of retired wrestlers here and it’s always good to bump into them.”

What may be equally, if not more important to Afa, is the chance to meet some of his supporters at these events.

“It is always great to meet our fans and talk about the old days,” he said. “I have met so many loyal wrestling fans and I have said many times, that there are no fans like wrestling fans. They are respectful, thankful and sincere when they meet you. It is also the fans who made me who I am today, and I owe them my career.”

Though he is disappointed that he will not be able to attend next year due to previous commitments, Afa is delighted to be on the induction list for 2012, and is planning to attend in 2013.

And even though he is retired, Afa still contributes to the business in other ways.

“I think being a trainer is my greatest gift,” he said. “I love teaching young men and women the ropes. It is a good feeling to know that you are a part of a dream that these youngsters are working toward. It’s also a blessing to have so many of them in my life as students, and my ‘wrestling kids.’ This keeps me very active in the sport and in my career.”