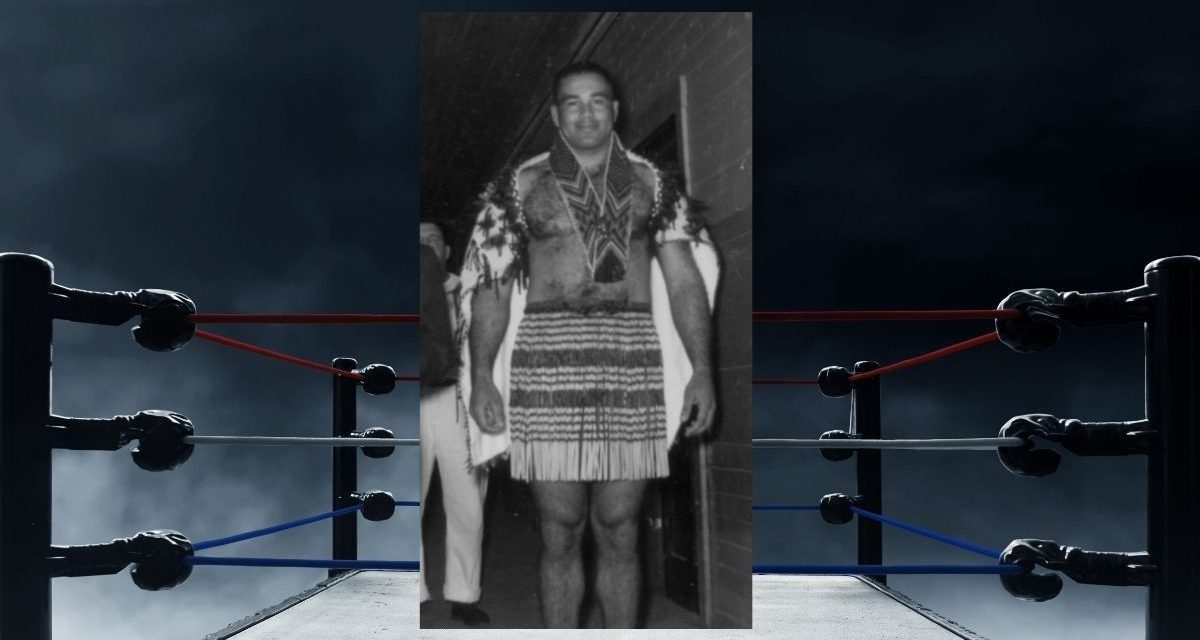 John Da Silva, who died on April 8 at the age of 86, was one of the top pro wrestlers ever to come out of New Zealand.

How big a name was he in that country?

He was awarded New Zealand’s Queen’s Service Medal in 1994, as a recognition for his contributions to both country and for his volunteer work.

It’s amusing to note that he did perform for royalty.

In May 1963, Prince Philip was in attendance at London’s Royal Albert Hall in May 1963, where some wrestlers got a chance to shine, along with other performers. A Wrestling Revue story noted that “John was at the top of the bill with the Hungarian sensation Tibor Szakacs, a former Olympic amateur, and one of the most popular wrestlers in Britain. John was beaten by the Hungarian in a wonderful exhibition of textbook wrestling which the Duke thoroughly enjoyed.”

A widely-distributed wire story noted that “New Zealand’s John Da Silva … did his twists and turns in a Maori grass skirt, feather clock and headfeather.”

Another great from New Zealand, historian Dave Cameron, noted at one point that Da Silva “was always billed around Europe as a Maori Chief. However in actual fact John was Spanish, Portuguese, Tahitian descent and had no Maori blood.”

Born June 11, 1934 in Pukekohe, New Zealand, his father, Domingo, had served in World War I, and brought back an English war-bride, Edith Davey, that he met in London. Da Silva grew into a 6-foot-2, 240-pound grappler. His primary training came at the Auckland, New Zealand YMCA. In 1953, he won the New Zealand championship, and defended it for five years.

Instead of heading home with the rest of the team, Da Silva decided to become a professional wrestler, starting in Britain. His ascent up the cards was quick, and it was the beginning of his world tours. 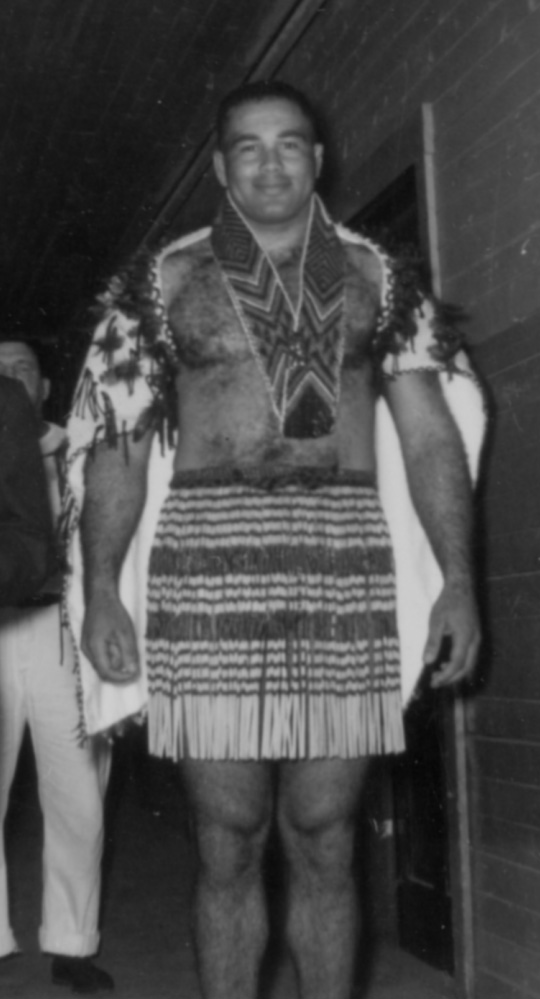 In 1960, Da Silva arrived in North America, and can be found on shows from the California territory to Toronto. He mostly played up the exoticness of the Maori culture, even if it was not his true background.

Back in New Zealand, Da Silva was a top name and continued to help train amateur wrestlers. He held plenty of titles in the country

Da Silva also saw tragedy unfold in the ring in front of him. In December 1970, he was wrestling “Doctor Death” Don Arnold in Hastings, NZ, when the 64-year-old referee Lewis Wells collapsed and died — just after disqualifying Doctor Death.

One of the greatest wrestlers New Zealand has produced and a real credit to wrestling, John will continue to be a major threat to any world title claimants. The mighty Maori is the son of a famous father. Ding DaSilva won fame as a champion axeman in the thirties and is still in excellent shape. He is always at the ringside when John is in action in Auckland. Wood chopping is a very popular sport in New Zealand. Contestants are given tree trunks of equivalent size, the idea being to see who can chop through first. John is very enthusiastic about this sport, and claims it is first class for developing important muscles used in wrestling. No one looking at this magnificent physique will deny that he has a point there.

After retiring from professional wrestling in 1977, Da Silva ran rehabilitation program for youth in trouble with the law. He later took his full retirement in 2005, moving to the tiny locale of Port Whangapara, Great Barrier Island.