Gangrel bio comic is something fans can sink their teeth into 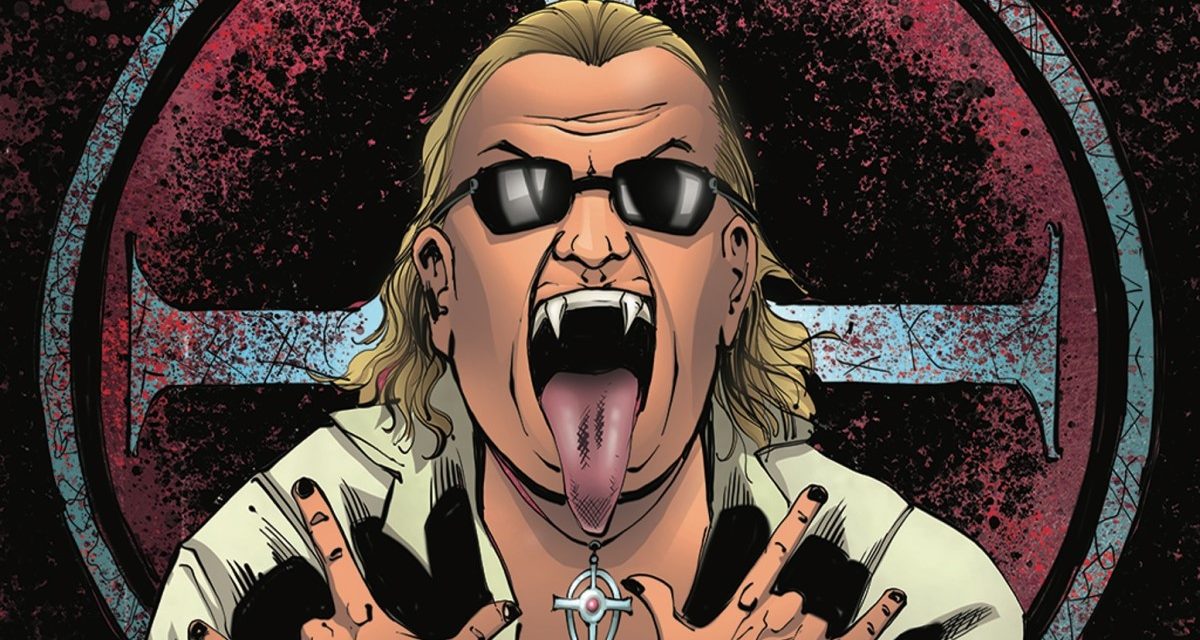 Issue one of Gangrel: The Vampire Warrior comic book, by John Crowther, Rich Perotta and Daniele Caramancico, published by Squared Circle Comics, showcases David “Gangrel” Heath’s origin story. The comic gives us a look into the hardships of Heath’s childhood, his beginnings in the pro wrestling business, his work on the indie circuits, and how the Gangrel character was created and introduced into the WWE (World Wrestling Entertainment).

To be completely honest, I wasn’t quite sure what to expect when I started reading the comic, as the only wrestling comic I’ve ever read is the Ultimate Warrior comic, Warrior, by Jonathan D. Smith and James Callahan, which to be fair wasn’t really about wrestling. I couldn’t really tell you what it was about, but it certainly wasn’t about wrestling. This comic was an entirely different experience. For starters, it’s an autobiographical comic, and it isn’t kayfabe (presenting pro wrestling story lines as factual), so it delivers an interesting behind the scenes look at Heath’s entry into wrestling. It even has a section in which Heath is upset to learn that pro wrestling is scripted, and he debates leaving the sport because of it. It’s also not an official WWE product, and therefore gives a more balanced/unbiased overview of Heath’s career. The comic mentions his time in the International Wrestling Association (IWA) in Puerto Rico, Independent Professional Wrestling (IPW) in Florida, All Japan Pro Wrestling (AJPW) in Japan, and Stampede Wrestling in Canada, where Heath trained with Stu Hart in the infamous Hart Dungeon. 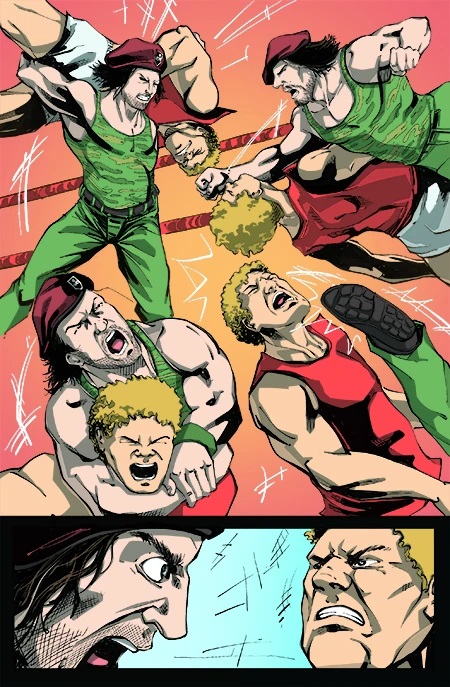 The team behind the comic: Crowther, Perotta and Caramancico have solid resumes. Caramancico does impressive coloring work, as you can see on her Instagram account. Crowther has made multiple autobiographical wrestling comics before, featuring Jim Duggan and Rocky Johnson to name a few. Finally, Perotta has worked on Batman, The Ray, and Booster Gold comics. This comic was funded by Kickstarter, as have many of Crowther’s other bio comics. It was given the green flag by Heath himself, who made a video thanking all the supporters of the comic’s Kickstarter page. Heath even uses an image from the comic as his profile picture on his Instagram account.

The comic’s dialogue is written from Heath’s perspective as he takes readers through his own story. The book is so well written that it truly reads like Heath’s voice. In fact, every character’s dialogue seems like something they themselves would have said, which is very refreshing. The story itself has been presented intelligently, showcasing the most important and interesting events leading up to the debut of Gangrel while still giving us plenty of details. 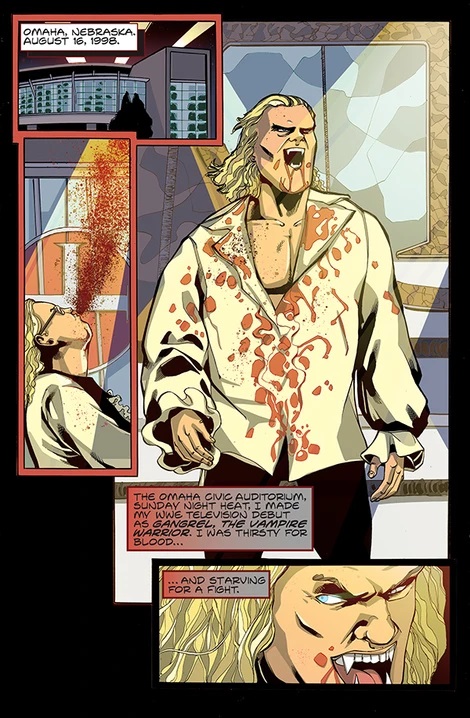 The comic’s panel layout is smart and welcoming, with a more simple layout used to explain a series of linear events, and larger, more dynamically shaped panels for introducing new characters or showing important events. The art style is quite realistic in some frames, and more exaggerated and stylized in others, especially during the combat sections. The combat sections contain the little lines around the point of impact, say around a kick or a punch; resembling a superhero comic in that way. And speaking of the panels where matches are shown, I found those to be extremely well done. It’s always abundantly clear what move is being performed, be there a text box explaining the match or not. I wasn’t sure if wrestling would translate well into a comic format, but this comic showed me that it most definitely can.

All in all, this comic is a great read. It’s visually pleasing, the writing is great, and it tells Heath’s story with amazing depth. It’s not just a good wrestling comic, but it’s a good comic, period. It’s a great read for all the Gangrel fans looking to reminisce on his career or relive his debut, someone looking to learn more about him, or for someone who just likes comics.

EDITOR’S NOTE:  This Gangrel comic book is currently sold out, but a limited number of copies are still available by emailing John Crowther at [email protected]