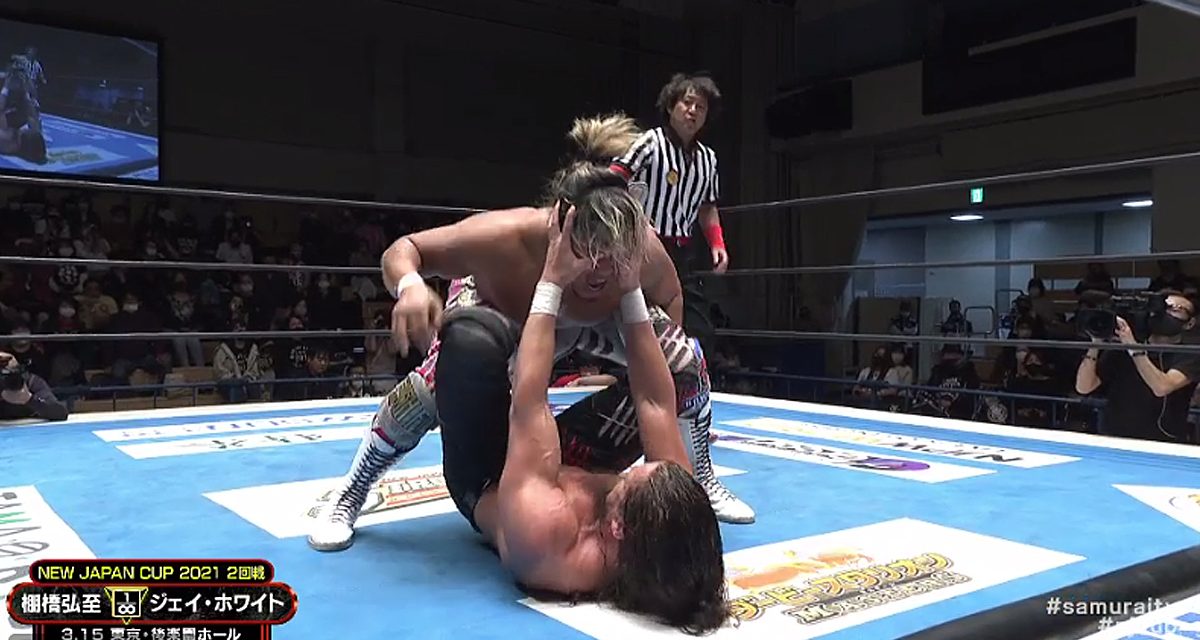 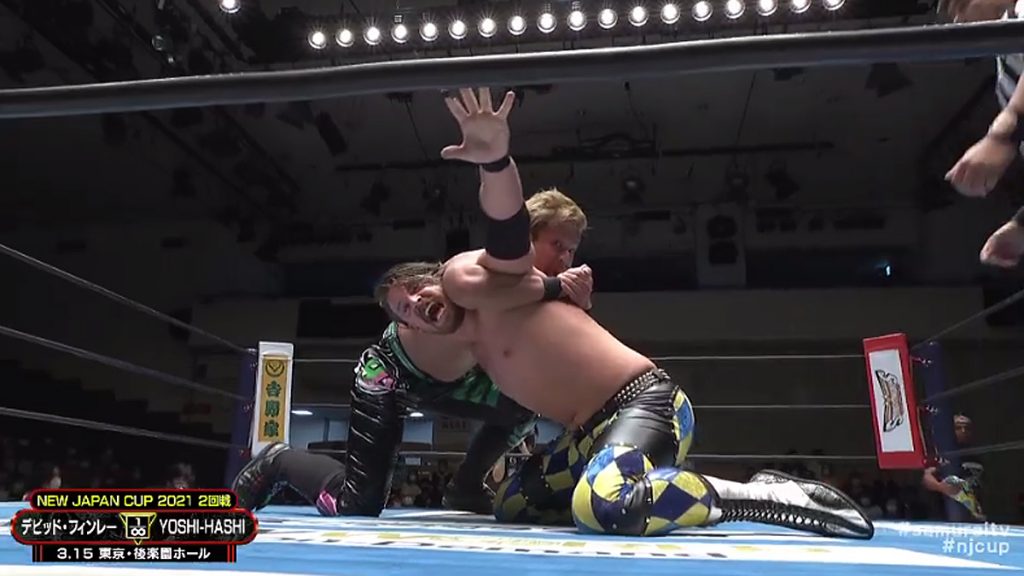 David Finlay looks to be in the best shape of his career. Here is hoping that he is given a push like Juice Robinson was a little bit ago. He is all over Hashi at the start of the match. A suplex from Finlay takes the starch out of Hashi. Finlay is stuck out on the apron. Hashi slides underneath him, lands on the floor, pulls Finlay’s feet out from under him so he smashes his head on the apron. Hashi and Finlay get into a battle of chops and forearm smashes. At the end of the match both men can barely stand. Hashi blocks Finlay’s springboard stunner clotheslining him out of his boots. A Kuma Goroshi doesn’t put Finlay away. Finlay pins Hashi with the springboard stunner. Hashi and Finlay hugged each other after the match for a job well done. 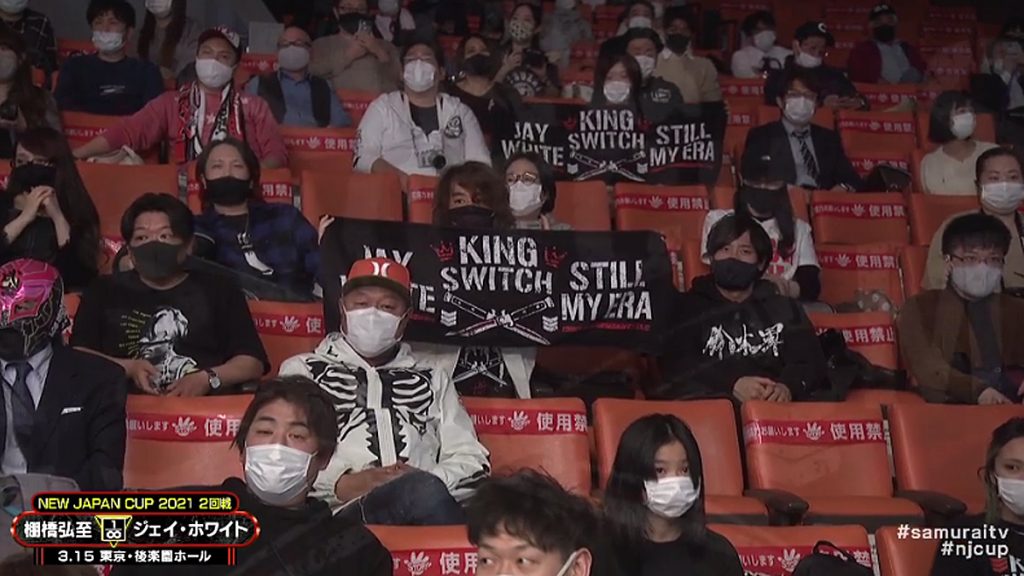 Some Jay White fans in the socially distant audience in attendance. Courtesy: NJPW.

Jay White holds open the ropes for Tanahashi who is hesitant to enter the ring at first. White convinces The Ace to lay down for the pin. The Ace turns it into a roll-up though for a two count. A frustrated White beats the heck out of Young Lion Yota Tsuji. The Ace gets thrown into the ringside barrier when he comes to the rescue. White jumps Young Lion Gabriel Kidd throwing him into the barricade as well. White puts The Ace in a chokehold smashing him into the barricade three or four times. “Why didn’t you lie down?” yells White. In the end, as The Ace tries to lock on the cloverleaf submission White viciously tears at his eyes. White flips a Dragon Screw Legwhip into Bladerunner.

In Round Three we now have:

Will Ospreay versus Sanada