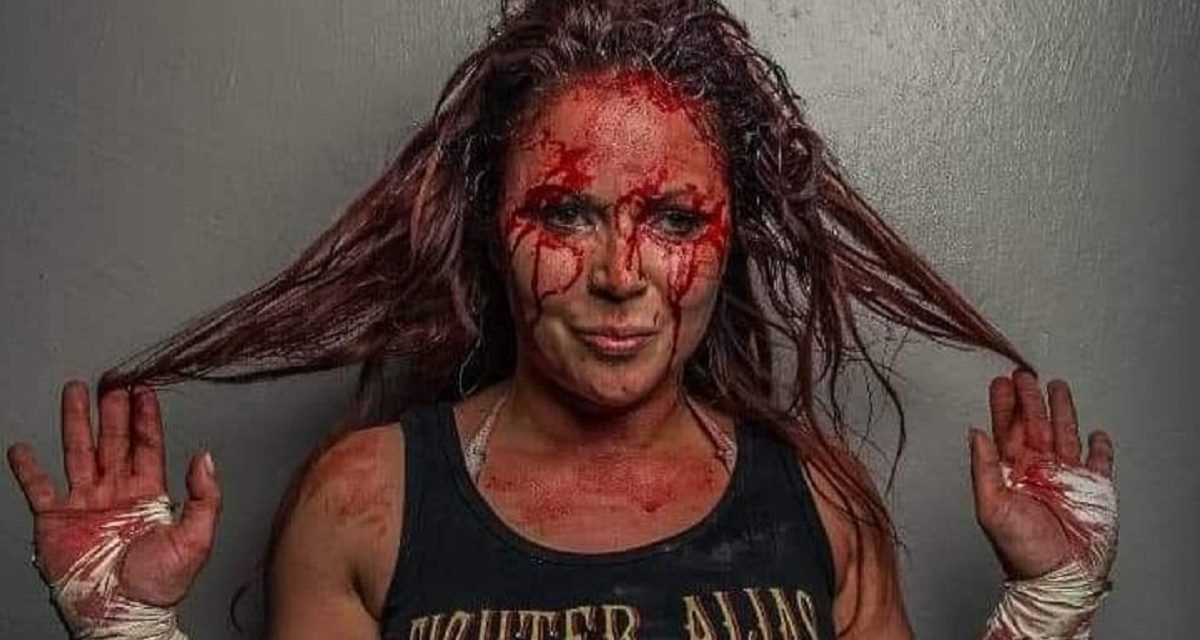 There’s a familiar cliché that wrestlers will spill blood, sweat, and tears to put on a great show for their audience. For Toronto-based wrestler, Jewells Malone, make that blood, sweat, and… even more blood. After all, you don’t get a moniker like “The Hardcore Princess” by crying.

“I was a Muay Thai fighter before I got into wrestling,” Malone told Slam Wrestling about her ability to withstand the pain. “But I always wanted to be a wrestler. I loved wrestling since I was a little girl, but there was no wrestling at the school I went to, so I (could only watch it) on TV.”

Things would change for the woman born Michelle Cooper when she attended her first wrestling show in London, Ontario.

“I went to a Hardcore Wrestling Federation,” she recalled. “There was a female manager at the time, and she was so bad, it made me so angry. Because I had grown up watching female managers like Sherri Martel and Luna Vachon, and I knew you had to be impressive, and this girl was not like that at all.”

Confident that she could do better, Cooper approached the promoter after the event and made her case to be part of the show.

“I told him, ‘I’ve been watching wrestling my whole life. If you want someone to be a manager, I can guarantee you I’d be ten times better than the person you had out there. If you ever have room for somebody, I will be your person.’ He told me that they were actually looking for a heel manager. The next weekend, I made my managing debut. I was named Iona Trailer – a trailer park person, complete with Daisy Dukes – and I was managing G. Reese.”

Though she had no training and wasn’t fully certain how to portray the part – “They told me I was a heel, but I didn’t even know what the term meant” – she was able to pick it up by following the lead of another manager Otto Bahn who was also associated with Reese.

“At the same time (I was managing), I also started training a little bit. I did a few of those show, but then in 2003, I did my last managing bit before I left for university.”

After completing two degrees and obtaining her CPA public accounting designation, Cooper went back to her non-academic learning, signing up with Squared Circle Training in Toronto under veteran trainer Rob “Fuego” Etchevarria. 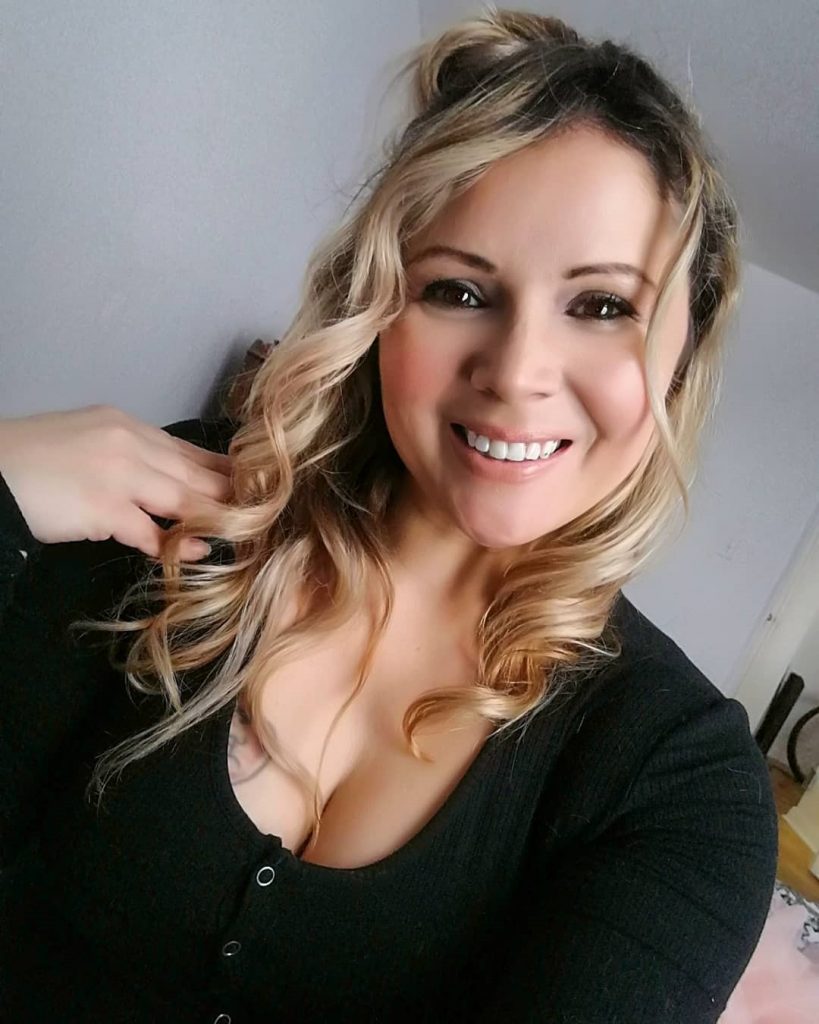 Perhaps foretelling what would become her specialty, Fuego noted that Cooper “wasn’t scared of doing any risky moves. She worked hard, and didn’t miss any classes.”

After about 18 months, training two to three times a week, Fuego put her on a student show. A week later, Smash Wrestling promoter Sebastian Suave asked her to be in her first professional match.

“I was only there to support some friends who were on the show and help set up the ring. Suave told me that he needed me to wrestle Seleziya Sparx. I was wearing ballerina flats,” Cooper laughed, “and he had to lend me his tights.”

From there, the bookings kept coming, first on more Squared Circle shows, and then in other companies in Ontario and Quebec. From there, bookings in the United States would follow.

“I would put in my time, do the traveling, and do what I asked, so I think that I got a good reputation which helped get more bookings. Some promoters would initially discount me, thinking I was just another blonde girl who wanted to be Trish Stratus, but I would (prove them wrong with my work).”

Although her travels took her across Canada and the United States, it was back home where she would carve herself (figuratively and literally) into the deathmatch niche.

“I’ve always been a fan of hardcore wrestling,” she said. “I loved (seeing guys use) weapons. I watched ECW and thought that it was so f***ing cool. People were lighting each other on fire, people were putting each other through tables. I loved that stuff.”

“In 2011 or 2012, I was contacted about working for (Toronto-based hardcore promotion) Deathproof Wrestling. Initially I was doing just basic matches, and I was getting impatient, because I wanted to start doing the hardcore stuff to be different. That was the first place that got me into the hardcore stuff.”

“After that, I was asked to be part of the Hardcore Roadtrip shows, as the only female from Deathproof. In two days, I had matches with LuFisto and the Necro Butcher, and I think that helped get me noticed by CZW. They reached out to me and I was, like, ‘Of course I’ll work there.’”

From there, Cooper found herself being booked in bigger and bigger deathmatch shows.

“Working at CZW got me on the radar of some other companies, including the Queen of the Deathmatch Tournament. That was so much fun,” she said excitedly. “Thunder Kitty and I killed each other in a barbed wire dog collar match. I also got to be the only woman in a 13-person deathmatch battle royal at the Gathering of the Juggalos. They brought out 80 light tubes, and I came out with a baseball bat with a thousand toothpicks. They told us there’d be consequences if we didn’t use all the weapons, because it was a Fans Bring the Weapons match.” 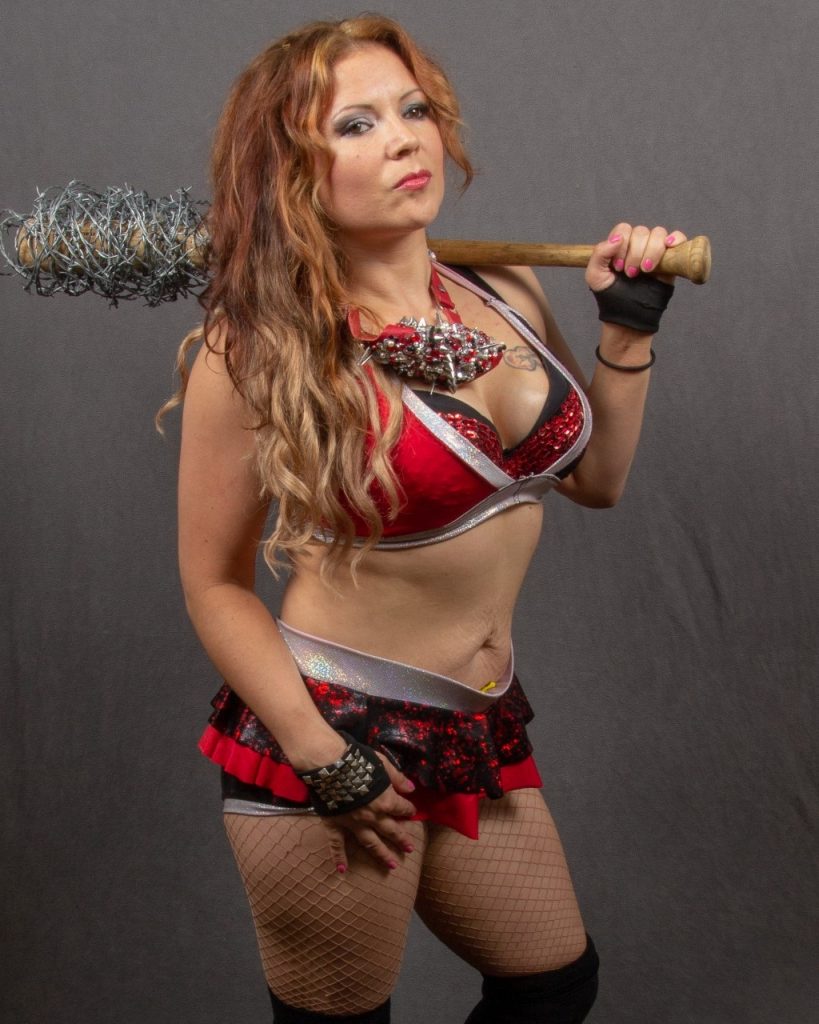 While those matches certainly gave her a name, and indeed got her booked with other companies like RISE and SHIMMER, Cooper knew that a reputation of a deathmatch worker could also limit the chances of achieving her life-long goal.

“My dream was to be in WWE because that’s (what I watched) when I was a kid, but I realize that I’m never going to get a contract there. Instead, I look at other types of validation, I look for other ways to get something for what I’ve done in wrestling.”

That validation has largely come in the opportunities to travel to other countries to work and to gain experience. And she wants to visit even more.

“I’ve been able to learn from people all over the world,” she said proudly. “I’ve wrestled in England a lot, and Scotland. I was supposed to do a tour in Mexico in 2014, but then I got an injury that kept me out for five weeks. I do plan on getting there. Japan has been a dream of mine. If I do make my way to Japan, I want to have an Exploding Barbed Wire match. I would love to do normal matches, but my last match there, I would love to do an Exploding Barbed Wire match.”

Beyond that, she also has other goals that she wants to achieve on both personal and professional levels.

“I want to train people. I’ve done some teaching at seminars in the UK, and at shows, I have young girls asking me for advice on how to conduct themselves in the locker room, and things like that. It’s neat to think of me as a veteran, because it seems like it was just yesterday that I was at my first wrestling show.

“I’m also planning on writing a book. And I want to be on TV somehow. If not with wrestling, then with acting. I would love to do a horror movie. I think I’d make a great serial killer,” she laughed.

As for her wrestling career, Cooper is very anxious to get back in the ring as soon as circumstances permit. As deathmatches don’t necessarily allow for a lengthy career – “I’d like to see her do less of the hardcore stuff, or at least use it sparingly,” said a concerned Fuego – it remains to see whether she’ll tone things down.

“I don’t want to quit,” she said firmly. “I’ve talked a lot with (WWE Hall of Famer) Madusa about wrestling when you’re older, and she told me, ‘Just keep doing it. There’s no age limit. It’s all about self-preservation.’ As long as wrestling remains fun for me, I’ll keep doing it. If it becomes not fun, then that’s when I’ll walk away.”