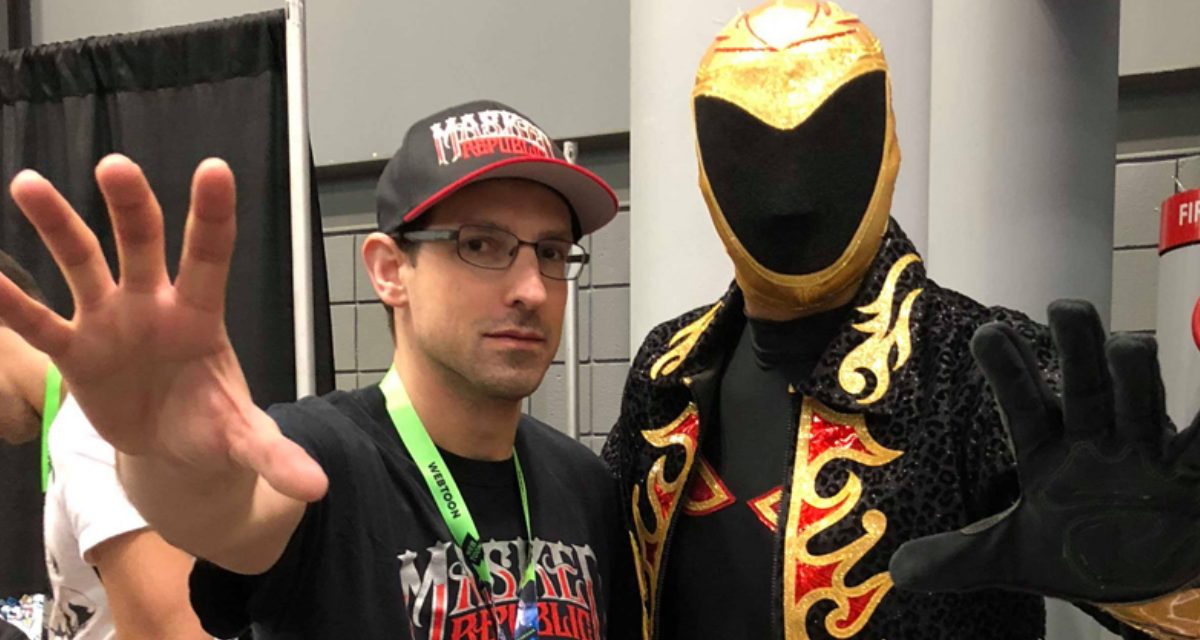 Growing up in the Southern California of the 1980s Kevin Kleinrock grew up a very casual fan of pro wrestling until he one day abruptly envisioned his future in the sport. In one moment his days of GI JOE and M.U.S.C.L.E. collecting were behind him. In 1991, at the age of 12, while watching Ultimate Warrior versus Randy “Macho Man” Savage at Wrestlemania VII at his best friend’s house, Kleinrock knew what he wanted to do in pro wrestling. 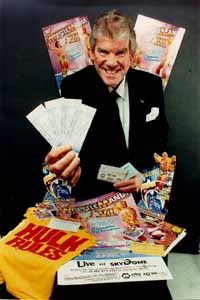 He wanted to be WWF President Jack Tunney.

While Kleinrock never ended up as WWF/WWE President, he did plenty of the things Tunney was said to do in his on-screen character that in reality were the jobs of others.

Kleinrock started by recording as much wrestling as he could onto VHS tapes off his handful of TV channels (his house did not have cable TV) and then hand-wrote weekly reports in his own journal. He also described for SlamWrestling.net the lengths at which he would go to get wrestling magazines.

“I was putting the pedal to metal. I bought every magazine I could find. Some months two or three,” Kleinrock said. “But, when my parents would take me to visit my grandparents near Hollywood,  I’d always ask to go for dinner at a particular restaurant because the store next to it had all the wrestling magazines. Sometimes I would be able to pick up five or six at a time.” 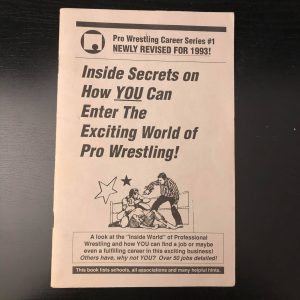 It was through the magazines that Kleinrock was given a peek at the inner workings of the business, especially when he ordered a book advertised in Pro Wrestling Illustrated. But he suggests “it was more of an extended pamphlet.” The 40-page booklet was written by long-time wrestling writer Dennis Brent and Percy Pringle III – known to most as Paul Bearer. Within were addresses for boot and mask makers, wrestling schools, and most relevant for him, a list of behind the scenes jobs in the industry.

The nearby was Slammers Gym, run by the irrepressible Verne Langdon. Slammers was right up his alley. “What made it different was it had this wrestling museum. I saw it and was like, ‘This is my place, this is my home.’” The wrestling gym boasted wall to wall 8×10 autographed photos and museum quality displays which displayed ring-worn items from the likes of Gorgeous George, Terry Funk and the Fabulous Moolah. 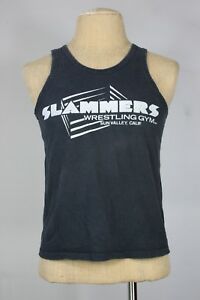 Kleinrock began to attend the monthly events and pondered a way to get his foot in the tightly guarded door.

Slammers in the 1990s was inaccessible compared to the schools of today. But at 15 years of age, he took his shot. “They had an official souvenir program which was basically a photocopy from Kinkos. Basically the lineup for the card that day and ads for VHS tapes. After one show, I anonymously mailed in a column about the results of the last show written from a heel perspective.” At the next event he found his writeup included on the back of the program. For Kleinrock this was “probably the coolest moment of my life at that point.”

He would go on to be a timekeeper, do ring announcing, and even run a Slammers fundraiser event at his high school where he was student body treasurer. But Kleinrock still wanted something more than Slammers was offering. “It was a different era back then. I was completely kayfabed on any of the real inner workings of the business even after a couple years. I was getting frustrated.”

At 18, Kleinrock took his college tenure as an opportunity to distance himself from the promotion “to concentrate on his studies.”

Typically, as it tends to go with those who have a deep love for the business, he was soon dragged back into wrestling when a group of similarly frustrated members of the gym staged a timely nWo inspired split to another promotion. It was led by Slammers top star and nationally renowned host of the TV/radio Squared Circle Talk program: Dynamite D. 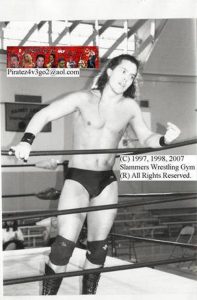 Dynamite D, SoCal mainstay referee Pat Hernandez, and Kleinrock would then come together to form SCCW – Southern California Championship Wrestling. Some of the other notables who would spend time at the SCCW gym or wrestling on events would be other former Slammers graduates like WWF Attitude era creative Ed Fererra, Tim Fisher (Nick Beat/Damien Steele), James Jaafil (Skullcrusher/Homeless Jimmy) and Johnny Webb, who went by “Spyder” Pete Malloy at the time. 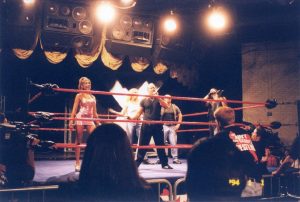 The story of XPW will be featured in an upcoming episode of Darkside of the Ring on VICE.

In time, So Cal Championship Wrestling would be rebranded, this time this time as XPW under entrepreneur Rob Black who was expanding his business outside of his adult film operations. Despite weekly national TV and hundreds of thousands of dollars in DVD sales, XPW folded within four years.

XPW would launch Kleinrock into a non-wrestling career in the DVD industry, teaming with former MTV development executive Houston Curtis, who was one of the minds behind the hit Backyard Wrestling DVD series.

Now as Big Vision Entertainment, working for Houston, Kleinrock focused on special interest DVDs for national stores such as Walmart and Best Buy. 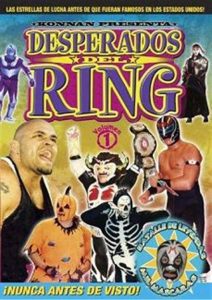 Soon enough he would be again producing wrestling again for Big Vision’s special interest line; for Kleinrock, wrestling was always in his heart.

Kleinrock kept in touch with Konnan from his XPW days and worked with the superstar and his library to create the first ever Spanish language lucha DVD released in the U.S., Desperados Del Ring. It featured very early matches of stars like Psicosis, Juventud Guerrera and Rey Mysterio Jr. This opened the floodgates to more Big Vision Wrestling DVDs putting companies like CHIKARA, Pro Wrestling Guerilla, SHIMMER and others on mainstream shelves.

It was also during this time that Kleinrock would create the short-lived series Wrestling Society X series for MTV by leveraging the ties of his Big Vision boss. 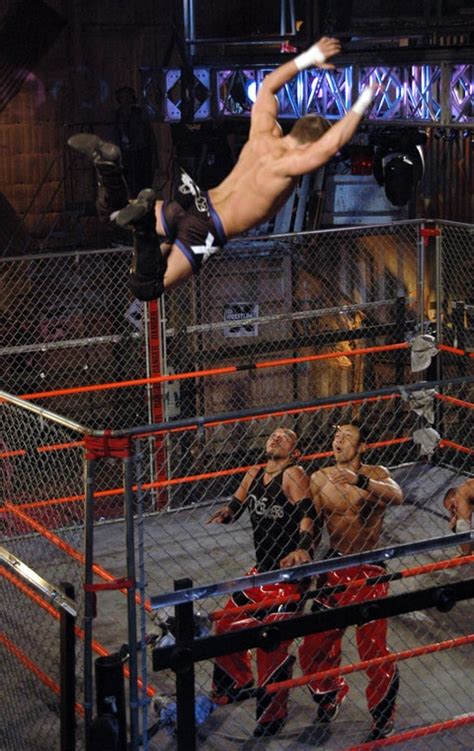 The ahead of its time, underground, punk rock, MTV’s Wrestling Society X.

After pitching an XPW meets Van’s Warped Tour, punk rock, underground wrestling experience, ten episodes were produced in 2006. Although financially the best year of his life, without the marketing rocket strapped to the back of the series it barely lasted a few months on TV. Wrestling Society X was ahead of its time, from its innovative camera work to the unique set.

The DVD market waned shortly thereafter, and so too did Kleinrock’s time with Big Vision. The stage was set for the path he is currently on.

After WSX, Kleinrock and Curtis pitched and were commissioned to create a lucha libre pilot for the G4 Network. Having met Ruben Zamora through Konnan back in the Desperados Del Ring DVD days, knowing that he had been promoting shows in San Diego and that he was trusted by the lucha talent, Kleinrock tapped his future business partner to co-produce the pilot. Despite the network deciding that pro wrestling of any kind was not for them (a Kaiju Big Battle pilot was shot during the same time period and also failed to get picked up for a series) they decided to do more together and did so under Zamora’s appropriately named Masked Republic brand.

Together they intended to do for lucha libre what wasn’t done for Wrestling Society X. By focusing on the underserved Hispanic demographic and providing real-life heroes and icons to merchandise instead of the usual bootleg offerings outside of Mexican arenas. Kleinrock provided further insight for license incentive.

“Lucha can be not so specific [and] can appeal to the population beyond the wrestling fan to the pop culture fan,” he said. “There are people who would never buy a ticket to WWE but will go to a lucha show and buy a shirt with a lucha mask on it even if they don’t know who the actual luchador is.”

After initial offerings on 80stees.com alongside the brands which Kleinrock grew up collecting and playing with like G.I. JOE and Transformers, Masked Republic formed licensing brand Legends of Lucha Libre with the goal of bringing luchadors merchandising opportunities normally only afforded to talent signed to major U.S. contracts with WWE or more recently, AEW.

Legends of Lucha Libre has found its merchandise released in major chains such as Spencer’s Gifts, Hot Topic and Barnes and Noble, including T-shirts and thumb wrestling sets. Amazon is another source of officially licensed products with even more tees, Popsockets, Halloween costumes and more. Today the fruits of many years of licensing are blossoming for Masked Republic like never before. 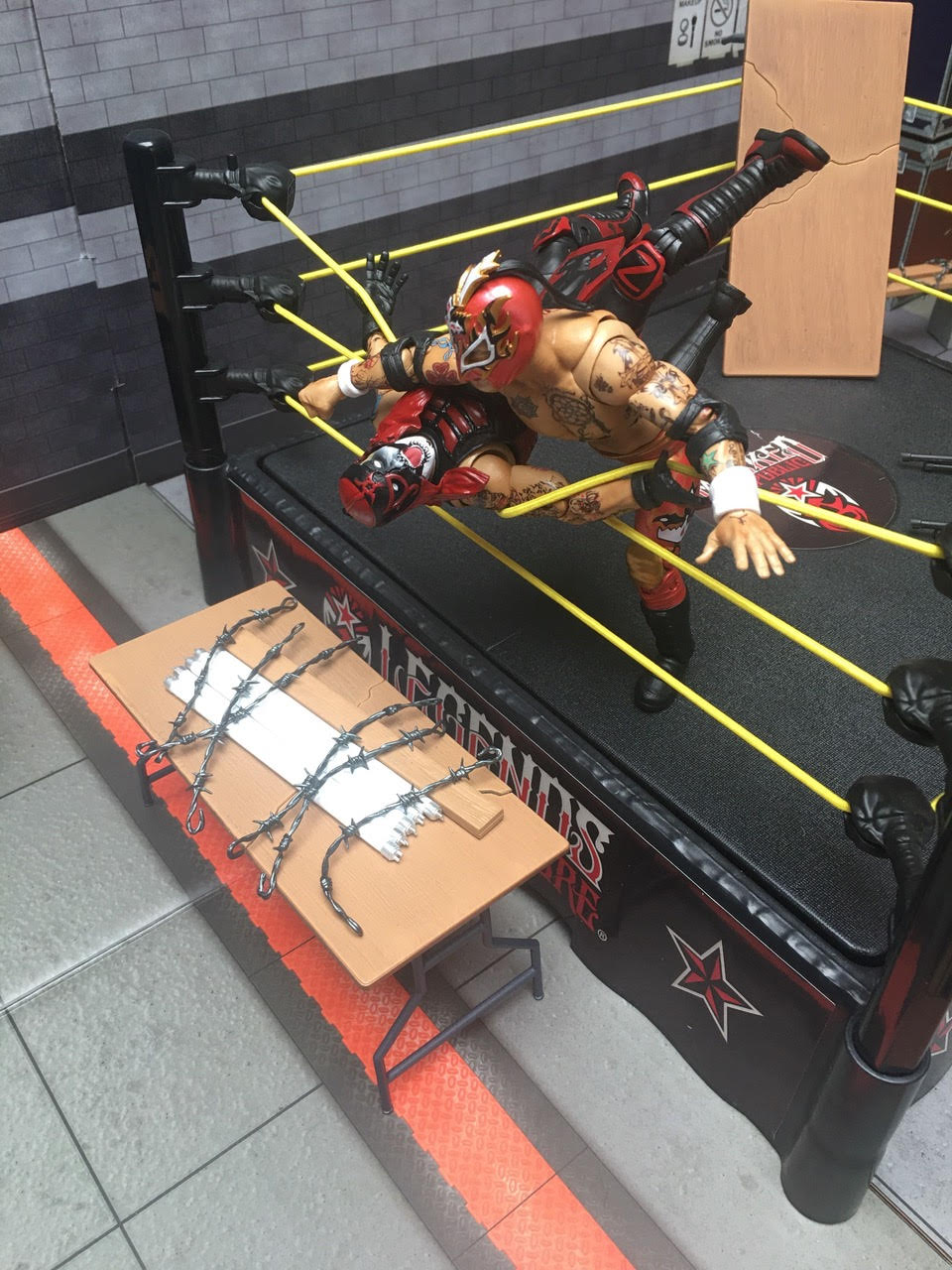 The new Legends of Lucha Libre premium Collector Series. The most ambitious wrestling figures to ever be released in the west.

Set for release of the first wave in March is the new Legends of Lucha Libre premium Collector Series figures of Penta Zero M and Rey Fenix. These figures are the fantasies of top toy designers, all formerly of Hasbro, who no longer have to answer to big corporate interests like making sure tooling and decoration are at the lowest cost. Some have said these supersede their Mattel WWE Ultimates as the most ambitious wrestling figures to ever be released in the west as far as their detail, quality and articulation.

Currently Collectors’ Series Wave 1 is sold out pending all pre-orders being shipped at which point Boss Fight has stated that the very limited remaining stock will be put back up on their BossFightShop.com website for sale. The figures are also available at other online retailers and are expected in a variety of specialty shops.

Still available for preorder are the first wave of Fanaticos Figures. These options at a lower price point hold back a bit on the articulation and accessories, however are still more articulated and detailed than your traditional WWE Mattel basic figure. Fantaticos Wave 1 is expect out by mid-2021 and features Taya Valkyrie, Juventud Guerrera, Penta Zero M and Rey Fenix with the Lucha Brothers sporting matching Lucha Bros tees.

The 3” Luchacitos Super Deformed Figures are cutified renditions of luchadores. 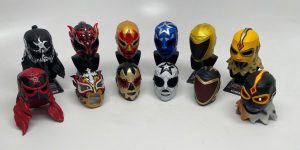 Releases for all of these are slated for this year.

You may see some familiar current WWE, Impact and AEW wrestlers in these releases. That’s because Masked Republic and Legends of Lucha Libre serve as essentially a “player’s organization” for lucha talent, much like the NHLPA represents NHL hockey players. Often when talent sign with larger promotions, the talent retain their rights as well allowing them to make outside merchandising deals with Masked Republic. This is how Penta and Fenix will be featured in both AEW’s line from Jazwares and Masked Republic’s line from Boss Fight.

While Taya Valkyrie’s new WWE deal will prevent her from signing any additional agreements via Masked Republic, the company has a number figures, collectibles and other merchandise agreed to prior to the luchadora’s WWE signing. These products will still be released including Taya’s Fanaticos figure and an “action doll” from Boss Fight’s “I Am Brilliance” line targeting young girls.

NEWS AND NOTES by Dr. Colossus