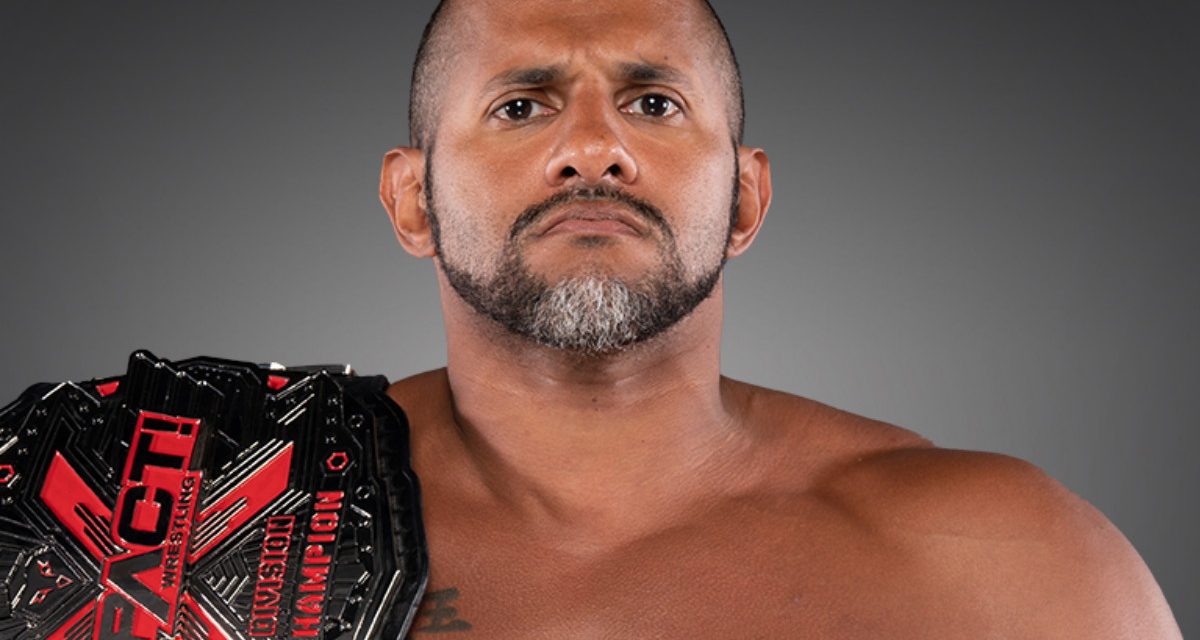 X-Division Champion Rohit Raju is a confident wrestler, strong in the idea that he’s finally getting a chance in the spotlight on his own. But even confident wrestlers need a a little advice here and there, and Raju got it from the Impact Knockouts champion.

The scene was an Impact Press Pass call, with the two champions on the line.

This Saturday at Bound For Glory, Raju defends his title in a Six-Way Scramble match against Chris Bey, TJP, Trey Miguel, Willie Mack and, the woman Knockouts Champion Deonna Purrazzo beat for the title, Jordynne Grace.

Her advice to Raju?

“My advice would be to work on your cardio. She is strong. She is powerful, but for me, it’s the arm, and she can’t pick me up. She can’t use all that power or that strength,” said Purrazzo. “For me, I was being able to go the distance and outlast her. I would up your cardio, and I would pinpoint a body part, whether it be an arm a leg, or the back, and take it out because if all of those limbs are hurt, she can’t pick you up, she can’t slam you down or throw you around, and that is a game-changer, especially when it’s going to be this six-person Scramble, if you could get probably one of the strongest people in this match out, it’s going to benefit everyone.”

The Michigan-born Raju, who is also known as Hakim Zane, broke down the bout. “Everyone else in that match is fantastic, they all bring something to the match, but TJP is on a whole different level than anybody in this match. He’s the biggest threat, he’s been around the longest, he’s the most experienced, he’s the most knowledgeable, and he knows what he’s doing. Chris Bey obviously wants to get his revenge because I outfinessed him, but his mind won’t be in the right spot because he’ll be angry. Jordynne, she might be a fish out of the water. I know a lot of people are thinking, ‘Oh she’s gonna come in and clean the house,’ what a lot of people might not be so eager to. There’s Trey, who also poses a huge threat, but I don’t think he’s a bigger threat than TJP. However, I can’t sidestep any of them. I can’t overlook any of them. My head has to be on a swivel the whole time on the 24th.”

He vowed to prove naysayers wrong. “I can’t wait to disappoint the masses and hear the internet fans cry because I’m going to walk in as champion, and I’m walking out the same. I always have to have a plan, and there’s a huge target on my back, and I realized that I did this to myself by giving out all these opportunities and suckering these people.”

As a part of the Desi Hit Squad, with Gursinder Singh, then Raj Singh, and managed by Gama Singh, Raju got a decent amount of screen time. However, after winning the X Division title in a three-way fight with Chris Bey and TJP on August 18, 2020, he’s been a bigger part of the Impact broadcasts. 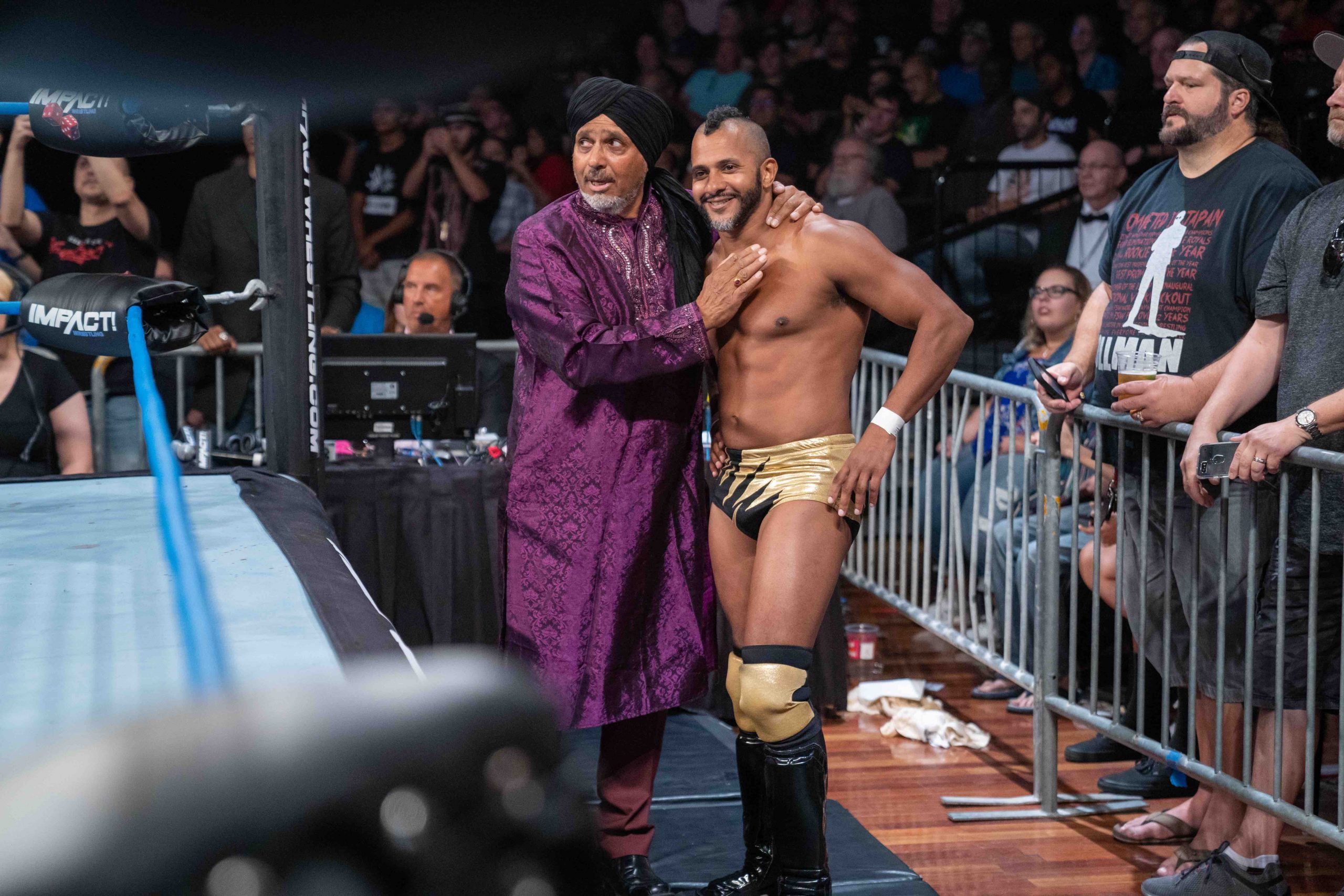 Rohit Raju gets a little advice from Gama Singh.

He’s been wrestling almost for a dozen years now, and doesn’t see it as newfound success.

“I just think it’s hard work and perseverance. Everything that Impact threw my way, I feel like I performed, took advantage of, and made it work. There have been plenty of times where I’ve been frustrated with my position and was always wondering, ‘Is it going to happen? Is it going to happen? Is something going to happen? Am I going to get a break?’ I finally caught a break, and I was waiting and ready to run with the ball, so as soon as that happened, I hope and feel like my recent stuff has been very entertaining, especially because it’s the X-Division.”

If anything, his character has expanded, both in screen time and ego.

“My favourite thing is being the character, and that is something I feel like I bring differently to the X-Division where I am this over-the-top individual, however you want to put it. That’s who I am, and that’s what I can portray. That is something different, so finally getting that opportunity, finally getting the chance, I was just waiting. As soon as that door opened, boom, I took off. I’m getting my opportunity, and I don’t want to let go of it. I won’t let go of this opportunity. The fire is going to keep blasting, keep blasting until it can’t blast anymore, and that’s not going to happen for a long time.”