Sami Callihan bound to do the unexpected 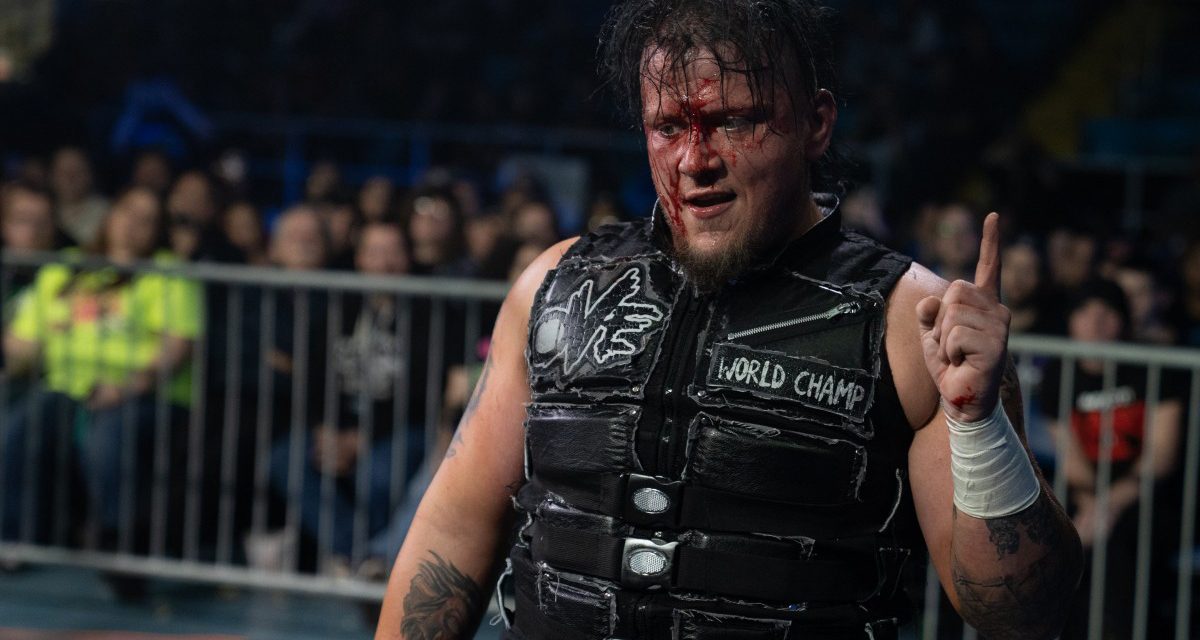 Sami Callihan has had quite the journey in his nearly three years with Impact Wrestling, and for the most part, his momentum has been continuously forward – including a stint as the company’s world champion. So seeing him revisit his relationship with Ken Shamrock – with whom he has both teamed and feuded – and take on more of a “motivational coach” role is a bit surprising. But doing unexpected things is something that Callihan simply loves to do.

“I’m never complacent, I’m not a content person,” he told SlamWrestling.net in an exclusive interview, just a couple of weeks before the company’s Bound For Glory pay-per-view event. “I can’t just say, ‘You know what, I’ve been World Champion, that’s good enough for me.’ No, it’s never good enough for me. I could main event Bound for Glory, win the championship, make a million dollars, and you know what? That’s still not going to be good enough for me. I’m always looking for that next rush, that next thing that will continue to make myself relevant.”

Working with Shamrock, who will be inducted into the Impact Wrestling Hall of Fame on Bound for Glory weekend, is a part of that formula.

“It’s funny,” he reflected about the pairing, “but if you told a 14-year-old Sami Callihan that he’d be tag-teaming with Ken Shamrock, he’d freak out. But, now, as a grown man, I don’t just look at him like a legend – I look at him as an equal, a co-worker. I look at it as a big feather in my cap that I’m the person they put with him after he came back to wrestling after being gone for so many years. Because they knew we could really do good business.” 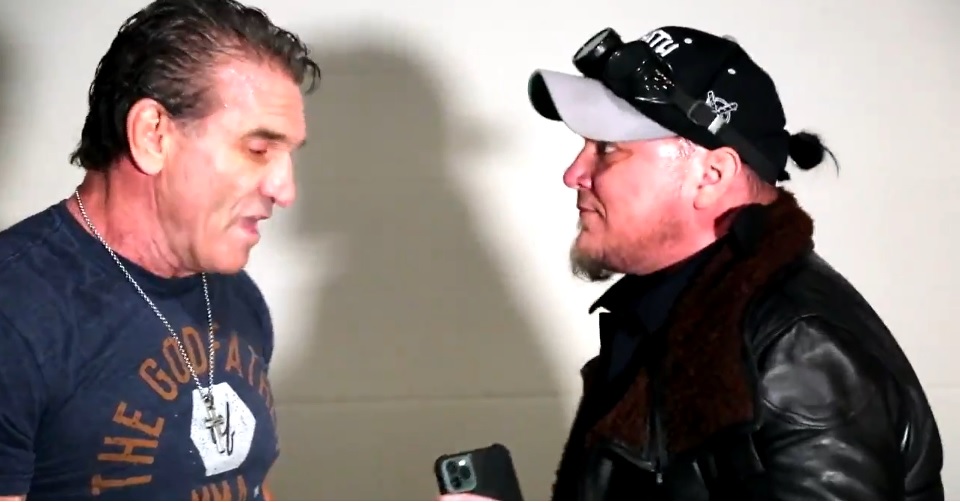 Indeed, Callihan prides himself on the success he’s had with everyone Impact has put him in a program with, regardless of size, style, and even gender.

“To go from someone like Pentagon Jr. then to Brian Cage, to Rich Swann, to Tessa Blanchard, then to Ken Shamrock. Anyone you put me in the ring with, I’m going to bring out the best in them.”

With respect to Blanchard, he was really pleased with the way their World championship feud went down. Not only because the matches were great, but because it helped break down barriers in the industry, as it saw Blanchard become the first female to ever hold a company’s principal championship.

“I think (we) were amazing,” he opined. “(The night she won at Hard to Kill) is one of the matches, that really over the past three years, helped put Impact Wrestling back on the map. And having a series of matches with Tessa showed me what I’ve known all along: it shouldn’t just be about men’s wrestling or women’s wrestling. I don’t like the term ‘intergender wrestling’ because in my opinion, it should just be called ‘pro wrestling.’ It’s 2020, and people want equality, and I’m one of the first guys to come out there and get people equality.”

One opponent that he’d like to work with in the future, and with whom he notes a lot of similarity, is Impact World Champion Eric Young, who recently returned to the company after a stint with WWE.

“There’s 100% money on me and Eric Young finally getting in the ring together,” Callihan said, noting a couple of the parallels between the two, going back to his brief stint in NXT (as Solomon Crowe). “I am the guy that was originally supposed to be the leader of Sanity. I left that place and went to Impact Wrestling. He left Impact Wrestling, went to the other place, and became the leader of Sanity. We both use the piledriver as a finish. I think there is so much money in that feud and it’s just a matter of when the trigger is pulled that me and Eric can make major money together.”

As excited he is about that prospective encounter, Callihan is equally excited about the recent evolution of his character. A bit similar to his Solomon Crowe persona, for the past few months, Callihan has been menacing Impact stars with his hacking talents, using his phone and other technology to spy on them, take over the arena lights and tech, and otherwise making lives miserable. 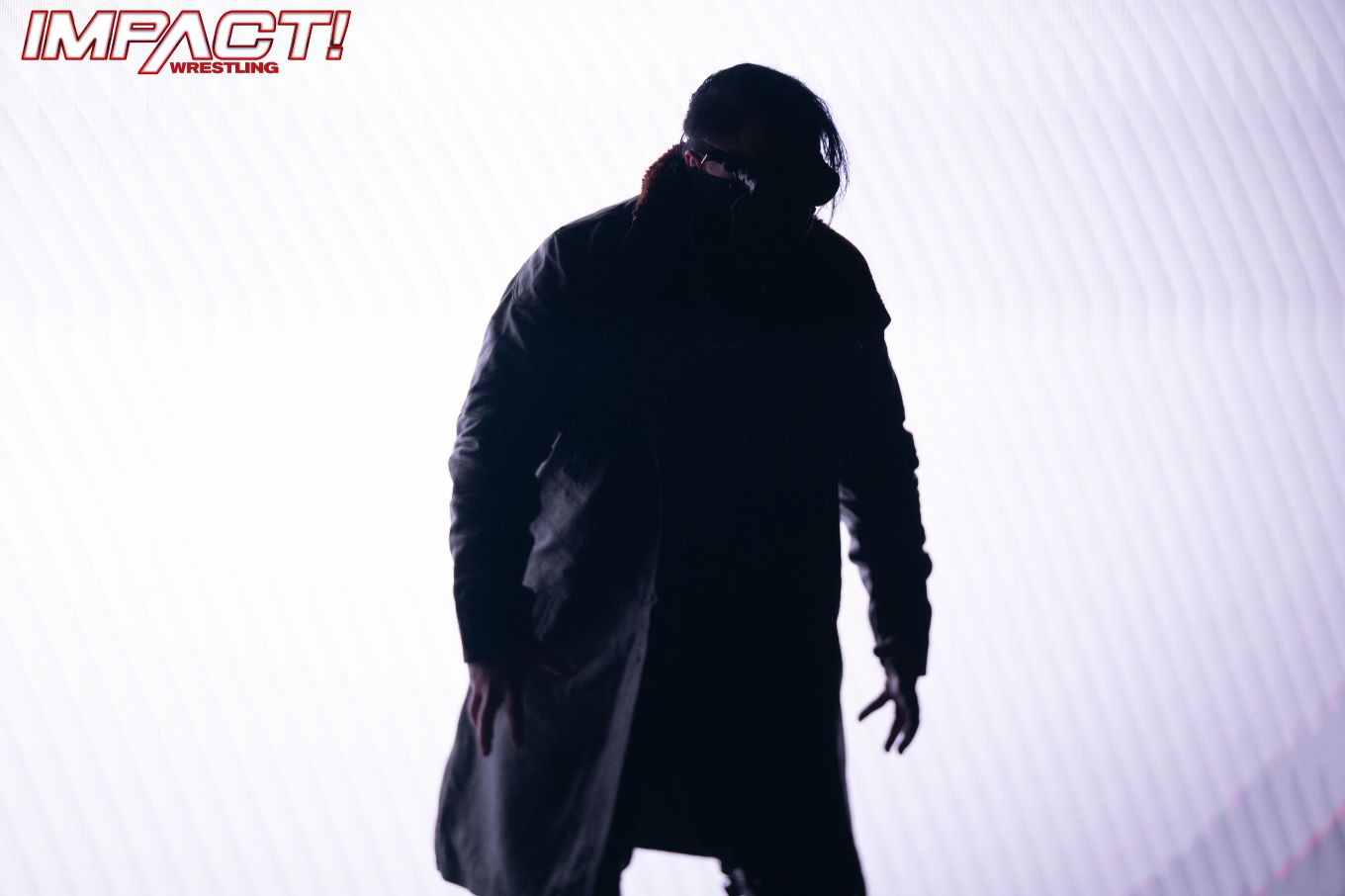 “It’s something I’ve held in my back pocket for years and years,” he explained. “I actually was going to debut that character back in 2011, before I even got signed to a major wrestling label. I knew it could be relevant, and with everything that’s going on the internet today, it’s even more relevant now than it was ten years ago. I think we’ve only seen 10% of what this character can do so far,” he teased. “Especially with the plans I have in my head of what it can be.”

He’s put a lot of thought into every aspect of the character, and notes that Impact Wrestling management has really let him run with his ideas.

“I thought right now, this year, with the current climate, it was a perfect time to bring it out. With how social media is, with everything that’s going on with technology – the entire world is run by the internet. There’s an amazing documentary showing on Netflix called The Social Dilemma that breaks down how people are 100% controlled by the internet, how it gives people a way to wear a mask that allows the real person behind that mask to never be seen. I have some big ideas as to where this can go.”

“And I scream this from the rooftops and wave the Impact flag harder than just about anyone else, because the big thing (here) is that (management) actually gives us a chance to be us. They don’t just say, ‘This is what you’re doing; what you want to do is wrong.’ If you have an idea about something, they’re okay with you going into their office and telling them, and nine times out of ten, they’ll give you the opportunity to go out there (and run with it).”

That freedom also allows him to vary his in-ring style as necessary to help reinforce his character or storyline.

“I like to have a buffet of wrestling,” he noted. “I don’t think I’m just a singles wrestler or just a tag team wrestler or just a faction wrestler. I like to think that no matter what spot needs to be filled, you can plug Sami Callihan in there, and it will be one of the best things on the show. I like to be able to one day wrestle in Tennessee and have an old school match, and then go to Mexico and do lucha libre, and then to Japan and do strong style, and then to Philadelphia to have a crazy death match. I am living proof that being a hybrid wrestler is the way to go, because you’ll never be able to pigeonhole Sami Callihan.”

Of course, going to all those places is not possible these days, thanks to the current global pandemic. For that reason, Callihan has also refrained from running any shows with the promotion he owns, The Wrestling Revolver.

”There’s nothing better than being able to hold an entire arena of people in the palm of your hand,” he lamented, “and being able to manipulate them and get them to react the exact way you want them to react with your story. That’s something that’s really missing in professional wrestling. But, we’re not running live events until it’s completely safe to do so. We don’t want to risk anyone’s health, not the wrestlers, and not the fans.”

The break from promoting and booking those shows has afforded Callihan the time to focus on other creative ventures, which he says he absolutely needs in his life.

“I’m not a person that just likes to sit around and do nothing,” he said, listing off some of his other creative outlets. “I’m a content creator, I am a Twitch streamer, I’m a video gamer, I’m a video editor. I’m just a really creative person.”

“Right now, I’ve actually been toying around the idea of writing my first screenplay and producing a low-budget quick 30- or 40-minute movie.”

Would that movie be about professional wrestling? Not necessarily.

“I think, given who I am, that would be an easy sell. But not everything about Sami Callihan is about professional wrestling. I’m totally enthralled with the horror genre,” he continued. “Everything about horror movies, especially the ‘found footage’ genre. I’d love to do a found footage based around a coming-of-age story about a bunch of kids in the woods. There’s a lot of different ways you can go about a movie right now that haven’t been done before. I really want to do a found footage alien horror movie.”

“It’s a bit of a cliché now to just have a movie about a killer in the woods just going around and killing people. I want to do something different, something unexpected.” Because doing unexpected things is something that Callihan simply loves to do.