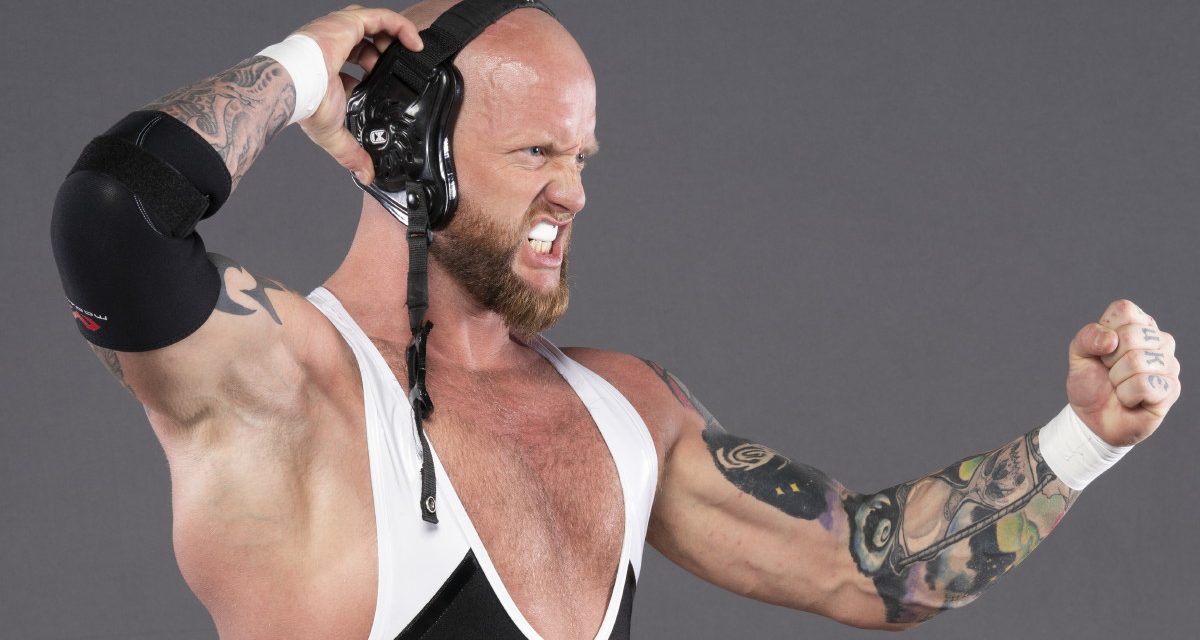 That goes double when it’s Alexander (Joshua Lemay) in the ring with his long-time friend and tag team partner, Ethan Page (Julian Micevski), known as The North in Impact Wrestling, and Monster Mafia prior.

With COVID-19 pandemic causing cancellations of shows, complicating travel—especially from Alexander’s home north of Toronto into the U.S. (the work visa allows them both to cross the border)—Alexander and and Page made a vow during lockdown.

“We made a kind of agreement to be in the best shape of our lives for Bound For Glory, because we knew we’d be put in a position just like this, where everybody’s watching around the world,” he said. “We’re just coming in, more ready than we’ve ever been physically and mentally, and we’ve had a lot of time off obviously, in the last six months, so there’s no lingering injuries or anything like that to worry about. So I think we consider ourselves to be the best tag team on Planet Earth, and regardless if there’s one other tag team or three other tag teams to defeat, I think we need to show that we are the best tag team in the world, and the only way to do that is to make an example when everybody’s watching at Bound For Glory.”

Alexander talked a little about The North’s plan going into the four-way bout.

“We like to pride ourselves on knowing the ins and outs of tag team wrestling, things we can take advantage of, and things that other people might make mistakes on. So we’re smart enough to know from a scouting report, kinda look at it that Ace and Fulton might be more apt to make mistakes, especially with all the tag teams running around there. The Machine Guns, probably less likely, same as the Good Brothers. But there’s different dynamics. The Motor City Machine Guns are a more fast-paced, smaller tag team. The Good Brothers, you have the big man, little man kind of dynamic, same thing with Fulton and Ace — but less experience there. We just have a different game plan for all of them, we’re ready for pretty much any scenario. And I think we have to be if we’re going to be calling ourselves the best tag team on Earth. We need to step up to the plate. 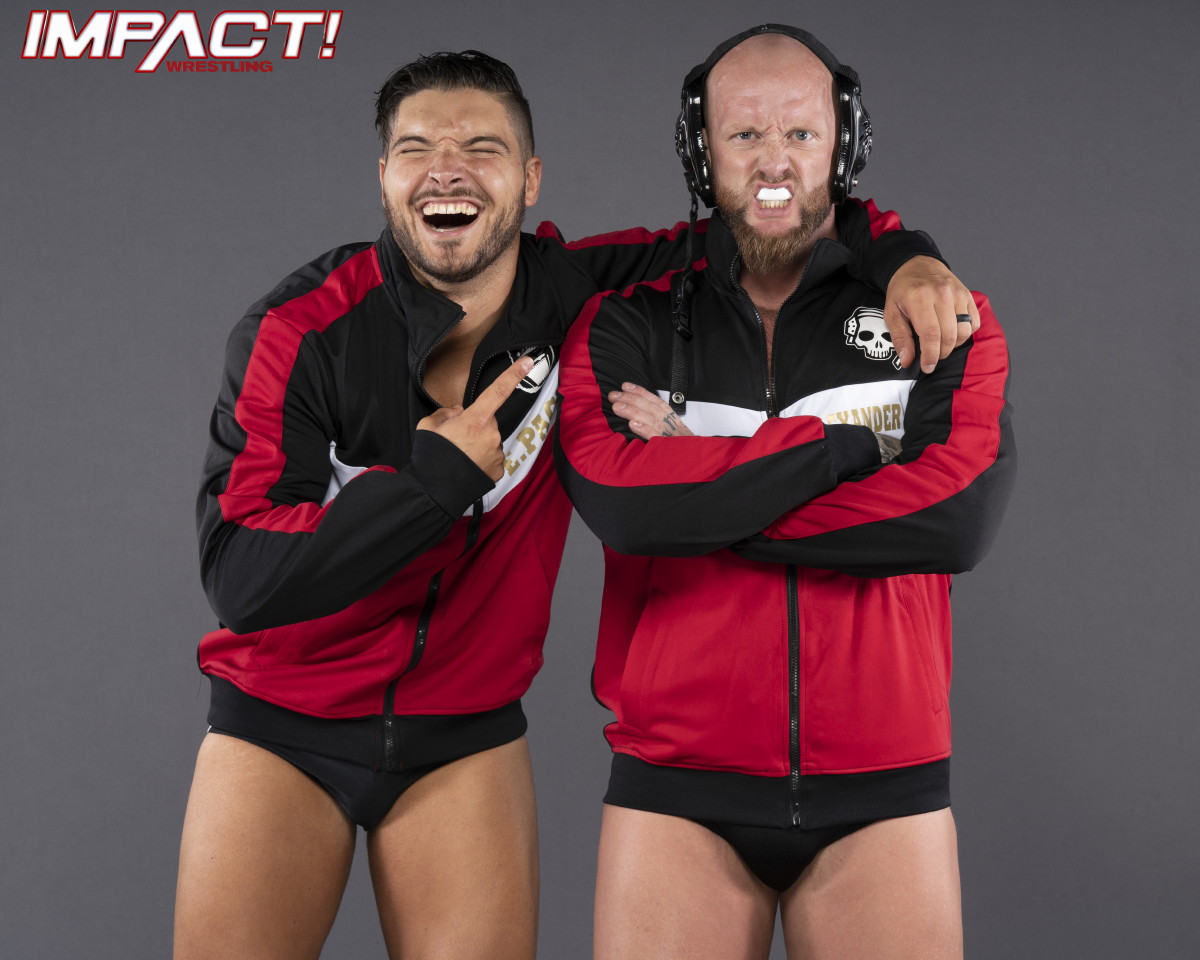 On an Impact media Press Pass call, Austin said that youth will be served, and Sabin noted that he used to think the same way. Alexander is more on Sabin’s side: experience counts.

“You learn humility over the years, but then you also learn to actually give yourself credit where credit’s due. Ace, right now, he’s coming in, he’s had monumental success in a very short period of time, in the last year and a half, so he’s got a chip on his shoulder and he thinks he belongs in this group with all these guys,” he said. “Ethan and I don’t think that any tag team is our league. Both Sabin and Ace take offence to that. But we have to think like that, we have to be confident enough, especially when going into a match like this. … We want to cement a legacy of the greatest tag team in Impact history. We can’t do that without those belts.”

The headgear alone that Alexander wears in the ring is a reminder of another great tag tea, Rick and Scott Steiner, where Rick wore similar headgear early in his run. That was a tribute to his days as an amateur wrestler; for Alexander, it’s a necessity.

“The headgear came from a match in 2012. I got kicked in the head at a tournament, and my ear blew up the size of a softball on the side of my head, and then it split, and bled, it exploded. So I had to go get it surgically repaired; they cut it off my head, and they sewed it back on together, with some plastic surgery business. But they had to pin it to my head for 10 days, so that it wouldn’t grow out again,” he recalled in graphic detail.

Told by doctors to sit out as much as six months, Alexander balked, and, knowing he had some important matches ahead, he tried the headgear. “It protected my ear and it caught on. It gave me a different dynamic, a different look, something for people to notice, and remember me by — since I’m the only wrestler since Rick Steiner to really pull it off with any sort of longevity. So, what’s old is new, and people, for the first little bit, they called me ‘Dog-Faced Gremlin,’ or would bark at me when I came out, but now it’s kind of become my own thing.”

With much practice, Alexander has gotten used to the dampened hearing as a result of the headgear. 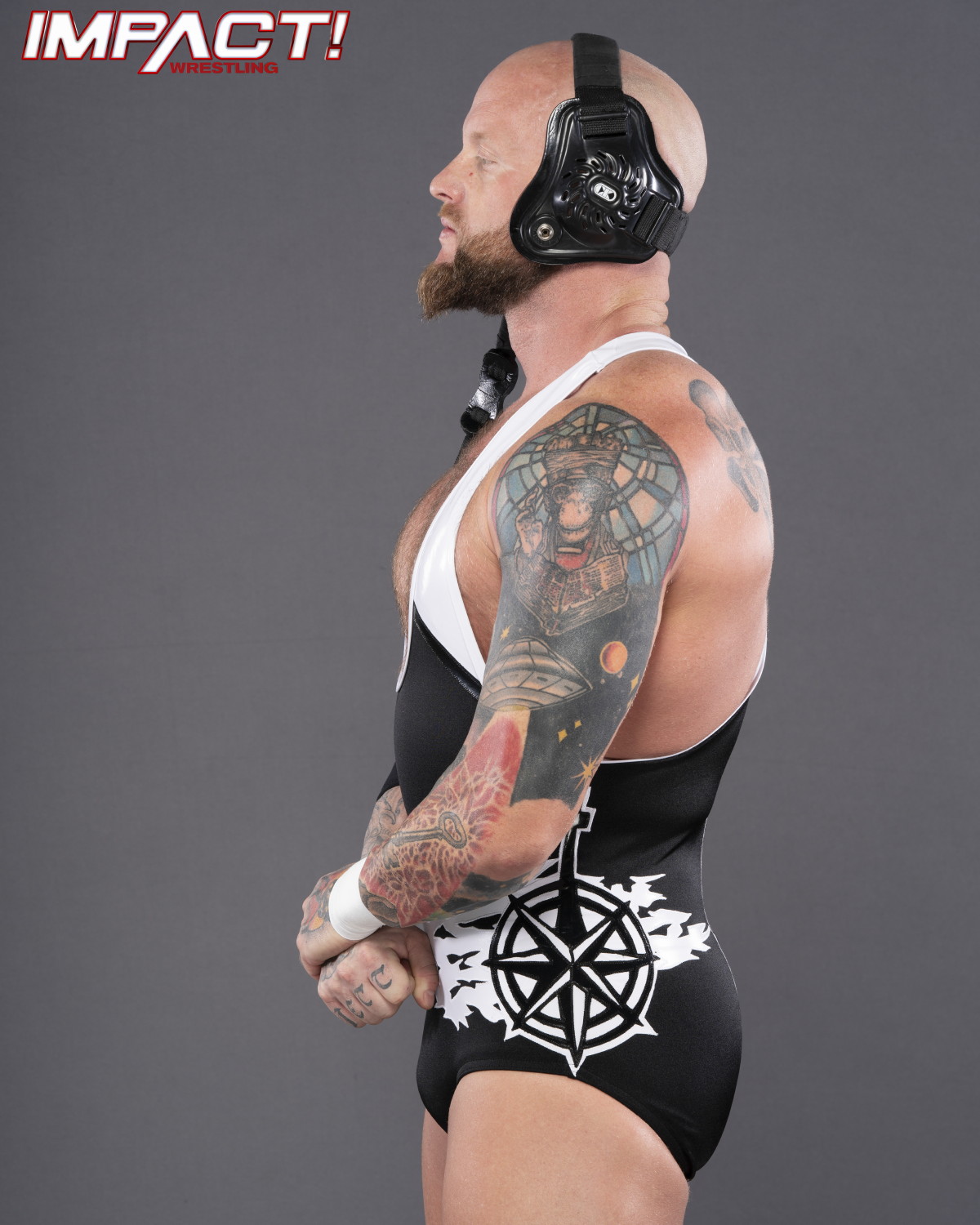 It’s hardly the scariest injury Alexander’s had. The last piece that ran on SlamWrestling specifically about him was a June 2015 guest column by the Walking Weapon himself, addressing his retirement from a neck injury. Time heals some wounds, and he learned to work with the issues.

In the meantime, he opened and closed a wrestling school in Schomberg, Ontario, near where he lives with his wife – former Ring of Honor personality Jade Chung – and kids. The closure was all about family.

“I shut down my school, it was honestly four days before the first lockdown. I was traveling far too much. I was wrestling four times a week, flying all over the place,” he said. “And it got to a point where my five year old was asking me when I’d be home. So I had to shut down the school and take a break.”

While the cheering section at home remains intact, fans at live shows are not a given during the pandemic. Impact has been taping in Nashville without a crowd, but on the weekend of October 9-11, Alexander participated in The Collective, in Indianapolis, with a limited, socially-distanced crowd.

It was refreshing to have fans in the stands, no matter the number, he said. “We’ve all been indy wrestlers, and we’ve wrestled in front of smaller crowds. So like, I’ve done this for years, and now getting to wrestle just in front of 50 people in a larger building rather than 500, it’s just a treat compared to nobody.”

Bound For Glory won’t have fans, but it will have a worldwide audience on pay-per-view. And if Page and Alexander have their way, The North will rise again.