Deonna Purrazzo not looking past Kylie Rae at Bound For Glory 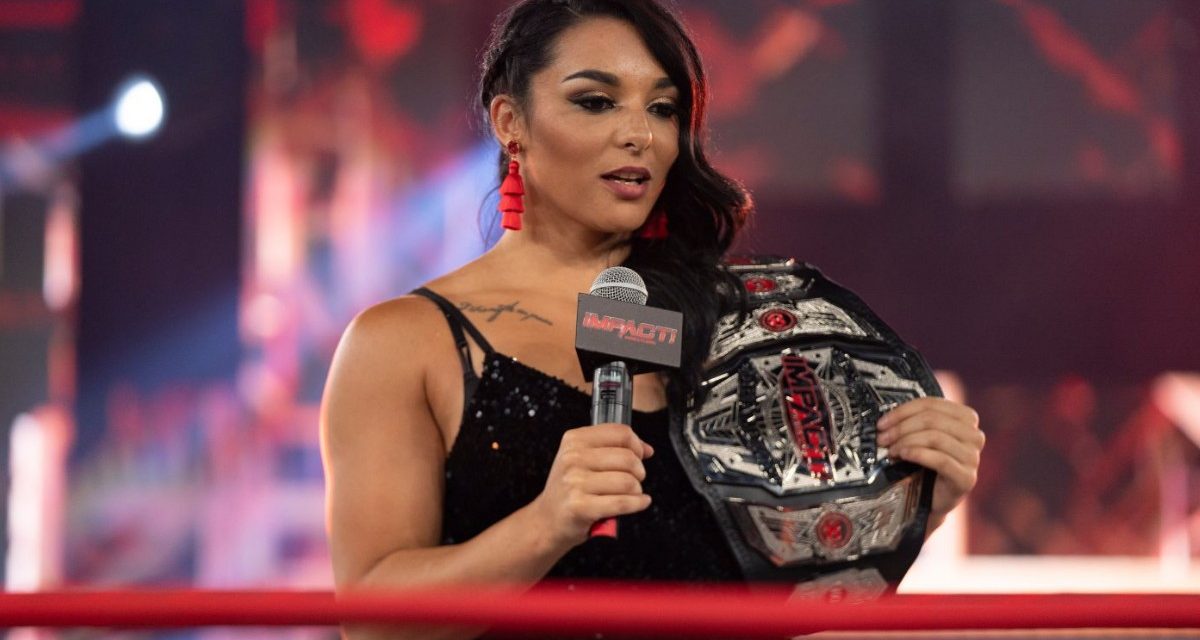 When she gets in the ring to defend her Impact Knockouts title on Saturday against challenger Kylie Rae, Deonna Purrazzo will be facing someone she is familiar with and wanted to face again.

“Kylie Rae was someone who I wanted to get in the ring with, she had just come to Impact a little bit before me, and I had met her prior on the indies,” Purrazzo said in an Impact Press Pass call. “We’ve wrestled each other a bunch, but it’s a whole new ball game holding a championship than having to defend it. If she beats me, she takes food off my table. Slays the dragon, so to speak, because I’ve been at the top of my game, I’ve made proclamations that I’m the greatest women’s wrestler in the world, and I’m fixated to prove it again at Bound For Glory, but I know that I’m getting in the ring with someone who is also at the top of their game, and I don’t take that lightly.”

The champ wondered what Rae is thinking. “We’ve seen different sides to Kylie Rae, but we haven’t seen me deviate very much. I got her to deviate from her game plan and her moral compass,” she said. “From all the things that make smile Kylie, her faith and passion and whatever, I’m here to be the champion, I’m here to be the best, and I have to do what I have to do, so it’s going to be up to Kylie to do what she has to do and not get in her own way again.”

Purrazzo has been the Knockouts champion since Slammiversary, when she defeated Jordynne Grace. On that same show, Kylie Rae won a Knockouts Gauntlet match to earn the right to face the champ.

The title win for Purrazzo was the culmination of a career that started in 2013 in her native New Jersey.

The struggle and challenge is continual, she said. “It means that I constantly need to be on my game, elevating myself, getting better, training, being in better shape, better gear, the whole gimmick. I’m so grateful, and I put so much pressure on myself to give back in the only way I know how, and that’s by performing to the best of my ability.”

She can recognize her own weaknesses. “My wrestling is what has always made me stand out. I’m not the greatest promo in the world. I’m not the strongest or the fastest or the tallest, but I am the greatest female technical women’s wrestler in the world. Night after night, I have a game plan when I get to the ring. It’s to pinpoint the arm and to break it. The fact that I tell that story every time and that the fans can really grasp on to, they know what I’m going for, and they know that I’m going to try to get that at any point in the match, and I can win with it at any point in the match and elevates everything. So I definitely think the storytelling and the wrestling is what makes me stand out the most.”

Bound For Glory is traditionally the biggest show of the year for TNA/Impact, and Purrazzo is ready.

“There is a whole other beast when it comes to wrestling live on pay-per-view. I think that the more opportunities I get to do that, the more opportunities I have to defend my championship, the more I have to up my game. I have a handful of things that I’m ready to pull out at a moment. The game plan that I am going into the ring, what body part I’m trying to pinpoint, and how I can bring in new moves or new elements to the Virtuosa to successfully defend my championship. I have a few things, that if needed, I can bring out at Bound For Glory, but we’re just going to have to watch and wait and see.”