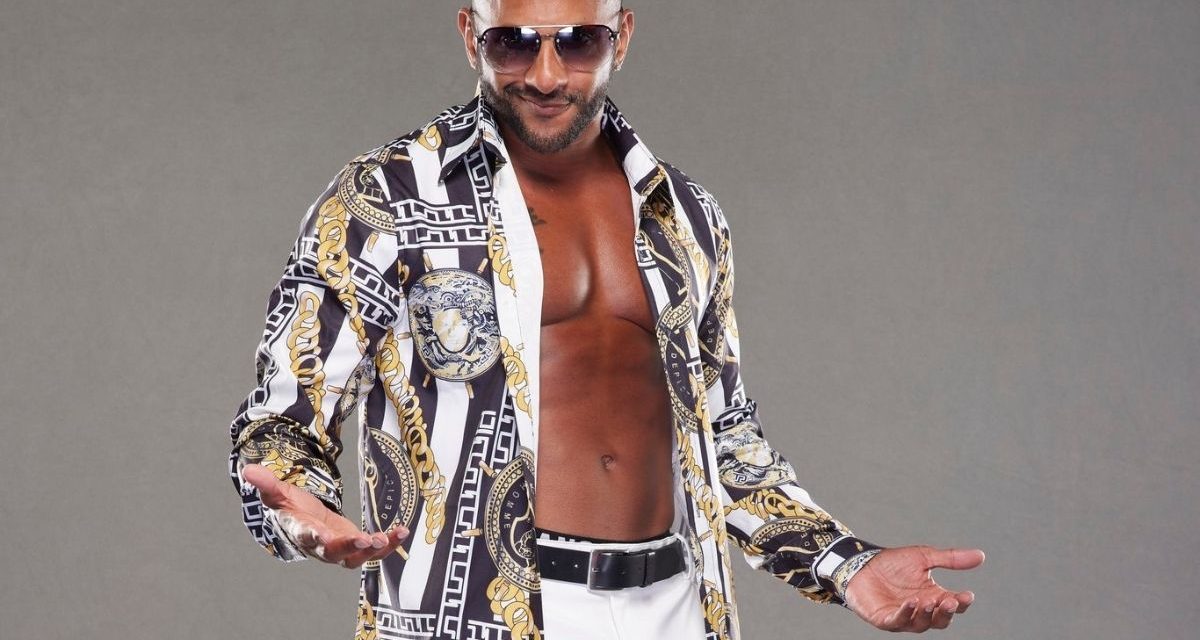 If you are seeing parallels between Impact Wrestling star Rohit Raju breaking out of his faction, styling it up, dialing up the personality and talking in the third person, to another legendary pro wrestler, that is on purpose.

It starts with the clothes. No longer constrained with the traditional garb that was a part of the Desi Hit Squad, Raju is taking it to a new level on his own.

“I honestly got the inspiration from ’98 Rock. I thought that was a huge thing, the way he would wear these ugly — back then they weren’t ugly shirts, they were just very fashionable and it looked sweet. Nowadays, that fashion style isn’t in,” Raju told SlamWrestling.net in a recent interview. “So I started, ‘I want to wear these loud shirts, I really want Rohit to be different now that he has a championship belt, the X Division championship belt. He needs to go from zero to hero, at least in his mind. So we have to be super-obnoxious, over the top, wear shades inside all day long.'”

Just as “The Rock” Dwayne Johnson broke away from the Nation of Domination, with the Desi Hit Squad not really existing longer, Raju can be who he wants to be.

“I just started morphing the style. The shirts got a little bit more fashionable and they’re still loud, and then the suits, the all-leather suits. It’s just something different that I’m trying to do,” he said. “You see a lot of guys out there and it’s not a knock on anybody, but you see these guys that sometimes they try to wear fashionable things and look very dressy, but a lot of times it just looks like dudes going through a midlife crisis trying to dress young. I feel like it fits me, it fits my character. And I’m going to run with it.”

At 41 years young, the Michigan native had a breakout year, carrying Impact’s X Division, and talking smack about everyone.

A current whipping boy is Matt Cardona (the former Zack Ryder). “He’s reinvented himself,” acknowledged Raju before launching into attack mode. “He ran his mouth, did some stuff in GCW and, good for good ol’ Matt Cardona. He’s pretty good for that. However, he picked the wrong person to verbal spar with. I’ve been cooking him every single day, and pretty much he’s been well done at the end of the night. He’s great at what he does, but he’s not better at what I do.”

Being slightly older than some of the roster, Raju got his inspiration for his quick wit at the microphone from the greats. “I’m a fan of the guys like Flair, Savage, Austin, Rock, Hogan, and all those guys that did nothing but talk the talk, and walk the walk. So that is one of my favorite things to do is the promo,” he said. “So I’m a student of that game, so to speak. Where now wrestling has changed a little bit, it’s gone back to, what can you do in the ring? What can you put on your highlight reel? Which is cool, because it always has a place in professional wrestling. But to me, the guys that made the most money were the guys that transcended professional wrestling, and those are the guys that had the complete package. They looked the look, they talked the talk, they walked the walk, they could tell the story in the ring. And that’s what I try to model myself after.”

WWF mattered too. “On Superstars, you’d have the guys get interviewed by Mean Gene, little backstage promos, and I always just loved that. I fell in love with it. I guess, to be honest, Savage is a big thing. And then of course, the feud between Rock and Austin was always great, just the jawing back and forth, the verbal barbs, I love stuff like that.”

Again, Raju stresses that wrestling is about more than what’s in the ring, and The Rock and Stone Cold Steve Austin were the pinnacle.

“You just wanted to see these two go at it, because it was at such a fever pitch just from the promos alone. And then the vignettes and the beatdowns and stuff like that. And then the character work put it over the top. And to me, that’s what I always remember. That was always money,” he said. “It’s like, once you’re over, you don’t have to do anything in the ring. You don’t have to break your back and do all this stuff and do all this crazy cool things in the ring because you’re over. The people just want to see you. And so to me, that was the early ’80s, late ’80s, and then Attitude Era was really for me, that’s my love for professional wrestling, it’s those two areas right there.”

On Impact Wrestling recently, Raju has been paired with Mahabali Shera in some tag teams. The India-born Shera has come a long way from his early days in Desi Hit Squad, said Raju. 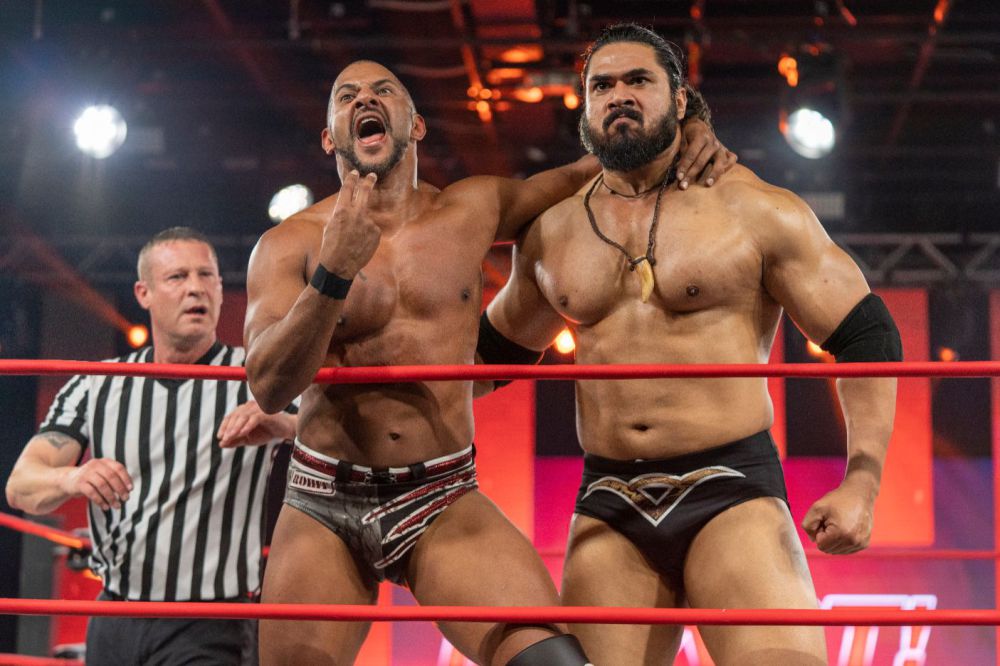 “Shera’s great, man. He’s a big strong dude. He’s constantly trying to learn, he’s training every Tuesday at OVW, so he’s getting a lot of ringwork in. He’s just a massive human being,” said Raju. “He’s been in the wrestling business for a while, and he’s had his ups and downs, but I think this is the best he’s ever looked and the best he’s ever been, and he’s continuing to learn and his in-ring work is doing nothing but improving. And he works hard. And I love the fact that I can help him out when I’m out there. And we have a good dynamic with each other. I’m the mouthpiece, and people want to see me get my face kicked in. But hey, guess what, he got to go through this big giant Punjabi lion behind me. And that’s not an easy task. So yeah, I think we have a really good dynamic with each other.”

Impact Wrestling is opening its doors to fans for the upcoming set of TV tapings, September 17-19th at Skyway Studios in Nashville. [Tickets here.]

Raju doesn’t miss the oddness of working in front of nobody.

“I remember the first snug forearm I took and bumped when there was no crowd, and I just thought to myself, ‘Oh, man, what the hell are we going to do? How are we going to get through this?’ And then of course, it’s like riding a bike. You just do it,” Raju said. “But when the fans are there, that energy honestly gets you through the match, and it just keeps your adrenaline and you just go out there and end up doing stupid stuff that your body will regret later. But man, it’s no other feeling. Whether it’s 150 people or thousands of people, it’s just unreal.”

Rohit Raju believes he is one of Impact Wrestling’s top stars and deserves the chance. “There’s so many people in every promotion that I could put on good matches with or cut good promos against that I would hope that my name would be on that list,” he said. “I don’t work hard in the ring just to sit in the back of the bus the whole time. I worked my butt off with anything they give me to move up from seat to seat to seat for a reason. And that’s just how I am — I’m a hungry individual. So settling for what I have is never enough. I always want more. And I always work hard for that.” 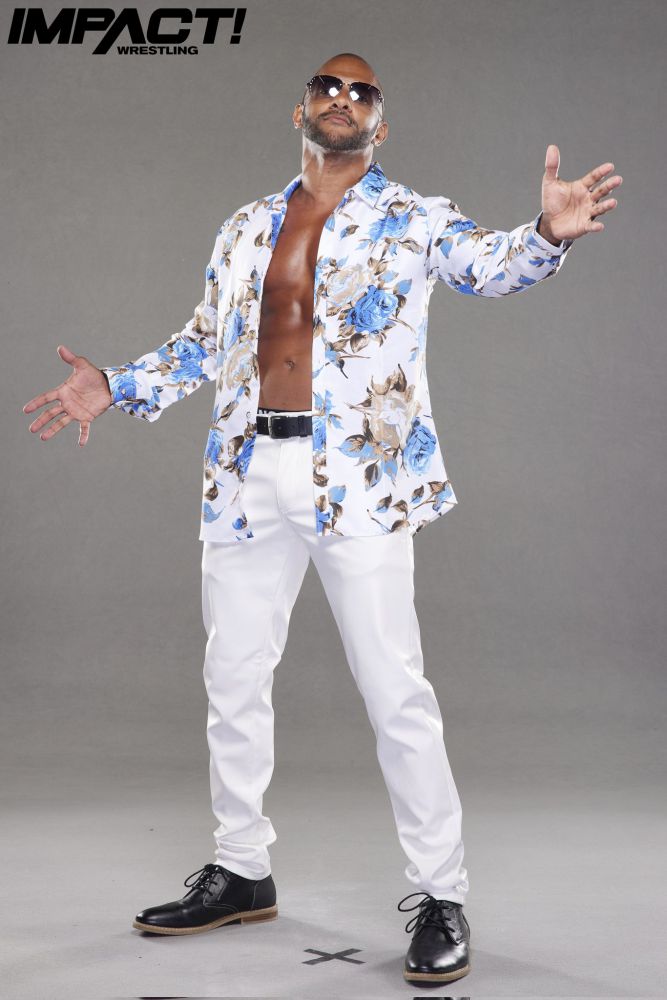 But it’s back to the clothes. He brings a lot of outfits with him to shows, and even more for television tapings. When he arrives at the hotel, the clothes are ironed and hung up, ready for action when the time is right.

“I am going to say this, go on the record in saying, I am the most underrated best-dressed wrestler in the world of professional wrestling today,” he crowed. “I should be getting top notch awards, or mentions for how good I look, in the clothes I wear. That right there is a crime in professional wrestling. You can quote me on that!”