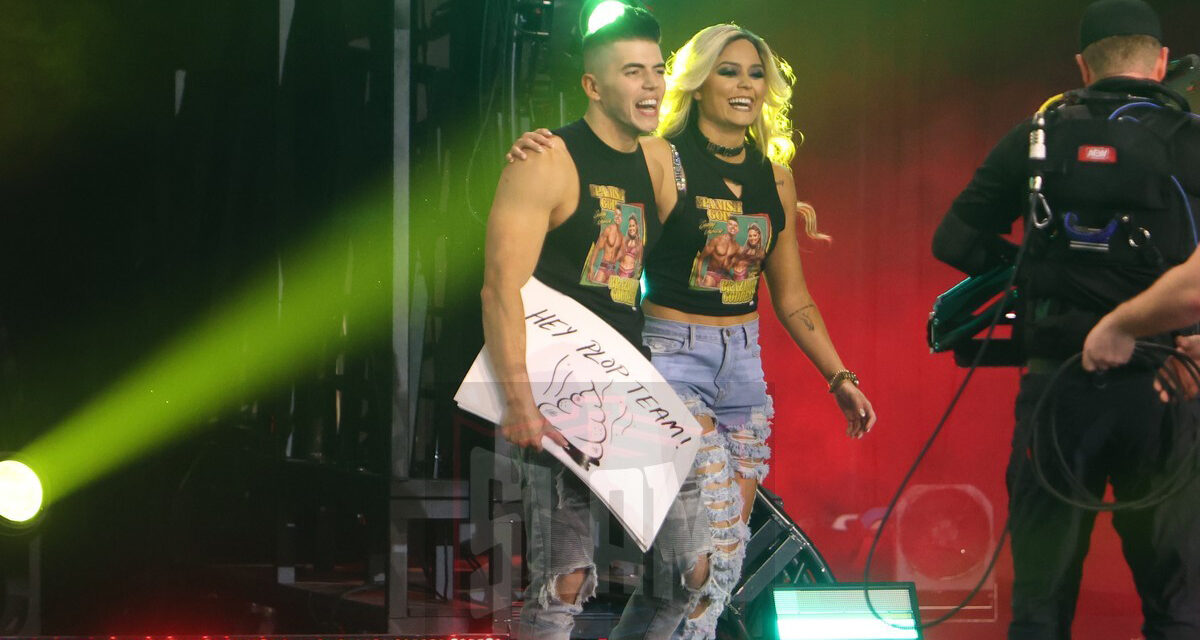 The online spat between Sammy Guevara and Andrade has apparently gotten very physical.

TMZ is reporting that backstage at Dynamite tonight Guevara and Andrade got into a verbal and then physical confrontation.

TMZ says Guevara shoved Andrade and then punches were thrown. The Wrestling Observer states that their sources tell a different story with Andrade being the aggressor not Guevara. No matter who started what Andrade was sent home while Guevara remained at the show.

The fight stems from an online argument in which both men took personal shots at one another.

Before Dynamite was set to air Tony Khan announced that he had cancelled the match between Andrade and Preston Vance on Rampage tomorrow.

A short time ago Guevara was involved in another backstage altercation with Eddie Kingston when Kingston did not take kindly to what Guevara said about him in his promo hyping their upcoming match. Kingston was suspended for his actions

Recently, CM Punk, The Young Bucks, Kenny Omega and others got into a shouting match and fight backstage after Punk revealed his frustration with them during a press conference after All Out.