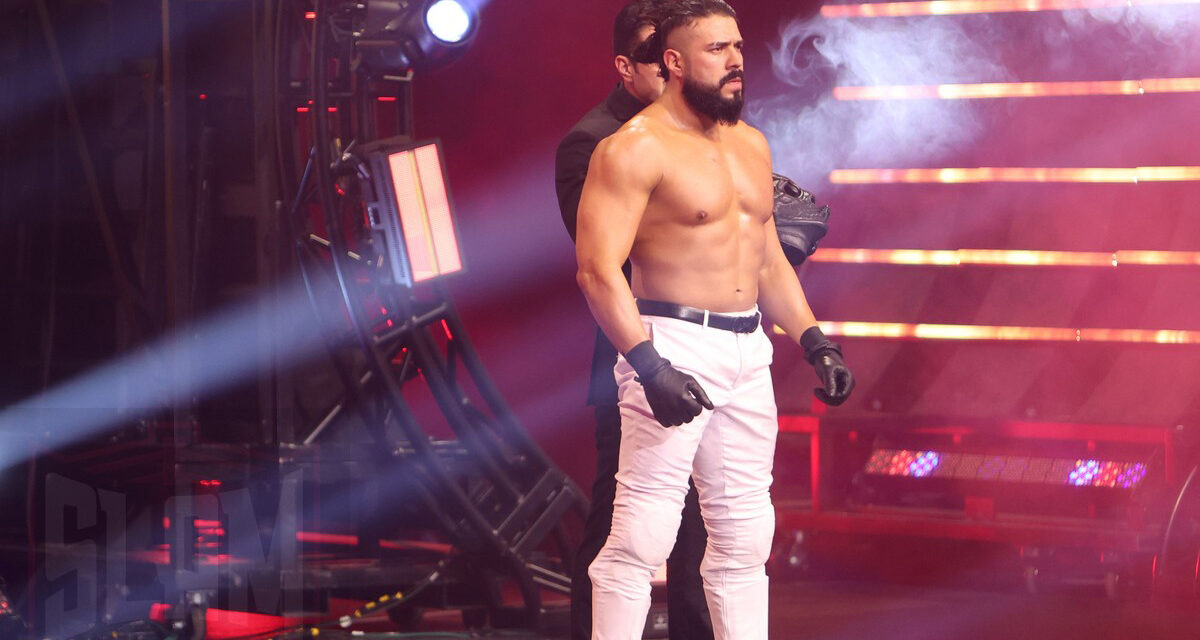 In what could be real-life, an angle or a little bit of both, several AEW stars have been taking shots at Andrade El Idolo.

In the last week or so Andrade has been posting cryptic tweets signaling that he is not happy in AEW.

So many wrestlers are suspended.
So many are injured

There was a "Hurricane" also ,

He was there in the same backstage segment for the 1000th time 🤦 pic.twitter.com/wS06zRjfTx

To highlight their match on Rampage this Friday in which Andrade must leave AEW if he loses or Prest10 Vance has to unmask if he loses, Pres10 Vance posted this…

Next week we show the world what Friends In Dark Places is all about. If you don’t wanna be here get the fuck out. Now that’s cowboy shit. #AEW #DarkOrder #X #HandPicked #FriendsInDarkPlaces #CowboyShit #AEWDynamite #AEWRampage pic.twitter.com/wX9TLRa5Nq

You are a jobber. A favor hire. Be grateful bitch.

The full story behind this comment is that in an interview with Más Lucha, Andrade had this to say about Sammy…

“I had an issue with him because he once came to the locker room and complained that I hit him too hard. It’s wrestling, solve it in the ring. If I hit hard, hit me hard too. I learned that he came in and that he accused me like a little girl. After I learned about it, I spoke to him and asked if he had an issue with me but he said he did not and that’s all there was to it.”

He went on to say that in the WWE such talent as The Miz and Sheamus can hit hard at times.

“Not even John Cena complained about me. So, if he did not complain imagine this kid who is just starting,” he continued.

Andrade fired this off to Sammy after his above tweet…

I said it to your FACE if you had a problem with me and you said NOTHING, I wont beat your ass because im a professional, don’t be scared.

When I say something I name names, and im not scared to get fired!
#Sammy

Sammy responded with this…

YOU didnt say shit to me you liar but heres some truth you ungrateful prick You would be jobless if it wasn’t for your dad in law. Are you really mad at me or mad at yourself for failing to get over for a SECOND time. Just go back to Wwe like we all know you want to do & fuck off https://t.co/licsudpp6o

Jose The Assistant put in his two cents…

I was there and can confirm this “incident” happened.@AndradeElIdolo gave an honest interview about his thoughts on #AEW , his upcoming #aewrampage match with his AEW career on the line and more.

Good thing (no one) in AEW can translate Spanish to English.

It translates to…” It’s just the truth brother! For a long time we have let them do what they want with us but it is time to fight for the place we deserve.”

What could it all mean? Stay tuned.