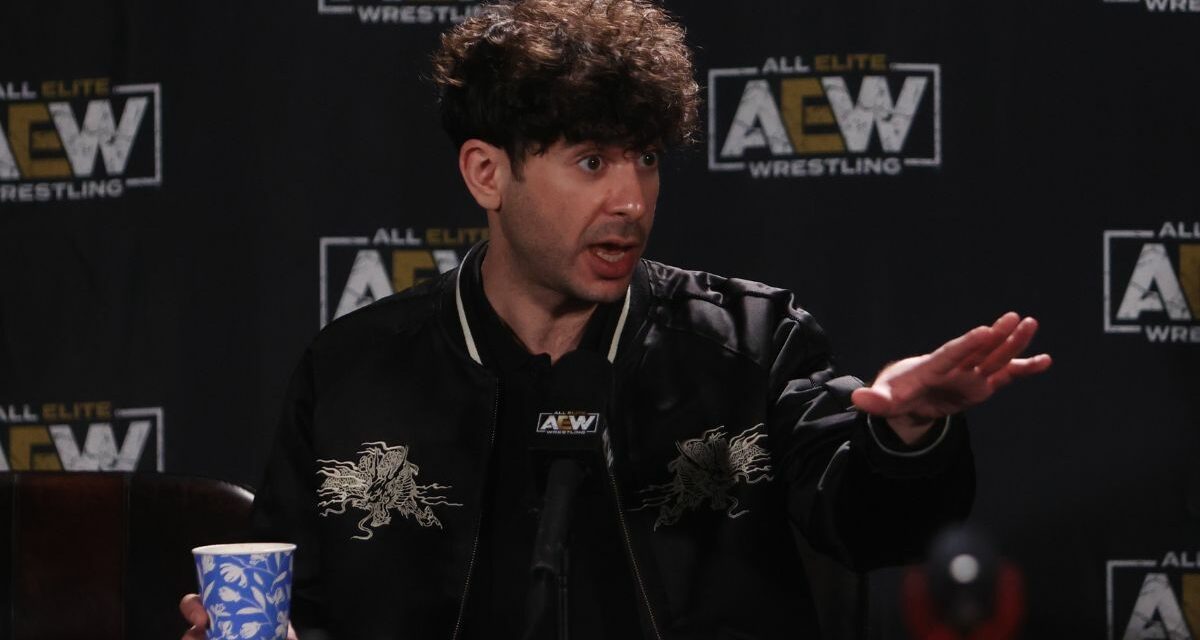 Following yesterday’s online drama between Sammy Guevara and Andrade El Idolo, Tony Khan has cancelled Andrade’s match against Preston Vance on Friday’s episode of Rampage. He made the announcement on Twitter.

Friday's bout @Pres10Vance vs @AndradeElIdolo is off.
We'll still celebrate the anniversary of @ThisBrodieLee's final match at #AEWRampage as 10 will get the shot he missed at All Out:

See you tonight for #AEWDynamite on TBS

Andrade responded to the news with…

After all the drama between he and Guevara, Andrade posted yesterday…

I hope to be able to arrive on Friday!
#Amigo #AEWRampage https://t.co/3EvbgKO56H

Guevara and Andrade’s back-and-forth began when Sammy called Andrade a “favor hire” and a “jobber” seemingly in reference to comments Andrade made about him in an interview. According to Andrade, Sammy got upset recently that Andrade hit him too hard in the ring. Andrade referred to Sammy’s reaction as “he accused me like a little girl”.

Things went south from there with the following discourse between the two:

I said it to your FACE if you had a problem with me and you said NOTHING, I wont beat your ass because im a professional, don’t be scared.

When I say something I name names, and im not scared to get fired!
#Sammy

YOU didnt say shit to me you liar but heres some truth you ungrateful prick You would be jobless if it wasn’t for your dad in law. Are you really mad at me or mad at yourself for failing to get over for a SECOND time. Just go back to Wwe like we all know you want to do & fuck off https://t.co/licsudpp6o

“Man, can my co workers just shut the f–k up for a minute?”

In recent weeks Andrade appears to be posting his frustration with AEW commenting with an hourglass icon, retweeting a comment that he isn’t being used properly and using the hashtag “#FreeElIIdolo”.

This is yet another very public squabble between members of the AEW roster. Another recent spat saw CM Punk, The Young Bucks, Kenny Omega and others suspended by the company.