Card Exam: Heading to Cooperstown for Hall of Fame weekend 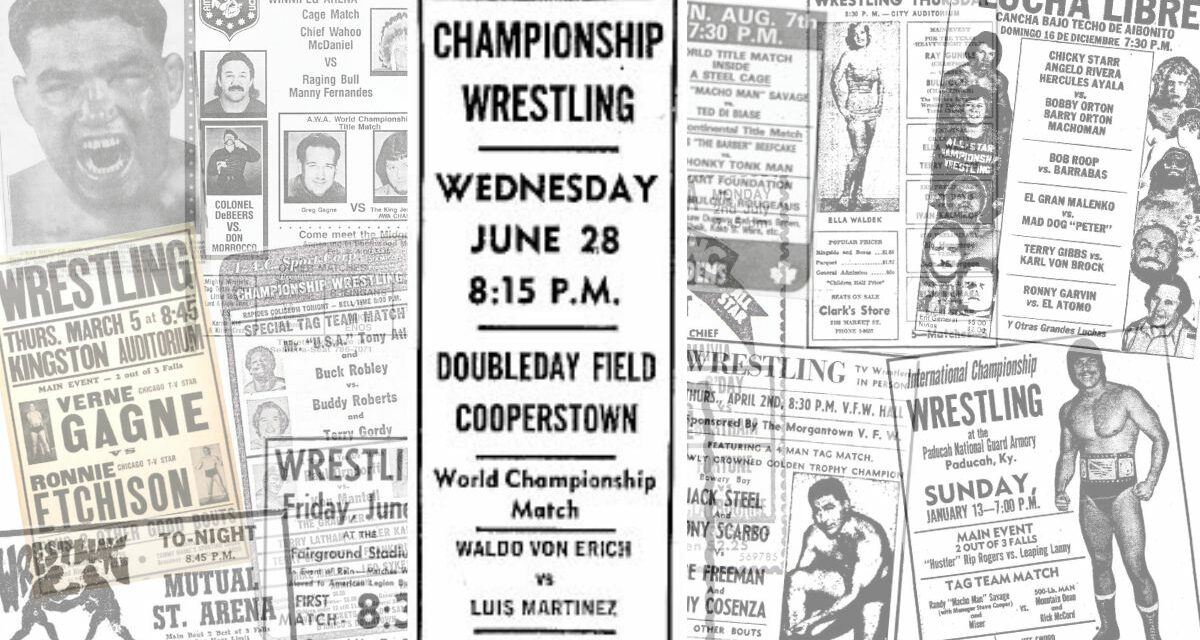 If you’ve never been, Cooperstown is a beautiful little town, nestled in central New York State, at the southern tip of Otsego Lake. The heart of the community is baseball, whether it’s the incredible Hall of Fame itself, the various collectibles shops, or the baseball-themed restaurants and cafes. On induction weekend, the town is overrun with fans, there to celebrate the greats.

This year, Boston Red Sox great David Ortiz is the only inductee by the Baseball Writers’ Association of America. The Golden Days Era Committee is putting in Gil Hodges, Jim Kaat, Minnie Minoso and Tony Oliva and the Early Baseball Era Committee has elected Bud Fowler and Buck O’Neil. The main ceremony is on Sunday, July 24.

I’ve been to the National Baseball Hall of Fame numerous times, as a kid and then as a father, bringing my son along. One time, my wife and son even allowed me a couple of hours in the National Baseball Hall of Fame Library as I tried to find any evidence of Canadian baseball Hall of Famer Fergie Jenkins signing a contract with the St. Louis Blues hockey team in the NHL. Well, he did, as the contract is in my book, Blue Lines, Goal Lines & Bottom Lines: Hockey Contracts and Historical Documents from the Collection of Allan Stitt — but the library in Cooperstown had nothing on it … so I later shared it with them.

Another fond memory is sitting in an old hotel on the eve of our visit to National Baseball Hall of Fame, reading the classic The Glory of Their Times: The Story of the Early Days of Baseball Told by the Men Who Played by Lawrence Ritter.

But this a wrestling site, so let’s head to Doubleday Field where, until 2008, a major league game took place on what was once believed to be the home of organized baseball (since disproved, but the magic is still there).

The card we’re looking at today is from June 28, 1972, in Cooperstown, at Doubleday Field.

It’s a National Wrestling Federation card, which was a promotion run by Johnny Powers (Dennis Waters) and Buffalo promoter Pedro Martinez that later was sold to Japanese interests and merged into New Japan Pro Wrestling. (That’s the simple version anyway.)

I’m particularly tickled by the presence of Li’l Abner on the card because, as baseball fans will know, it was Abner Doubleday who was credited with invented baseball (again, a tall tale). Li’l Abner was, of course, a popular comic strip about hillbillies in Dogpatch, USA, that ran in newspapers from 1934 to 1977.

At this point, Li’l Abner — Thadius “Bill” Osborne — was near the end of his career, which began after the Second World War. He was involved with the Buffalo promotion, run by Pedro Martinez. He died in 2001. SlamWrestling’s own Steve Johnson posted this memory a few years back:

First wrestler I met in person was Li'l Abner Osborne (Bill Park IIRC) 50 years ago; he was Pedro Martinez' go-fer in Buffalo. He didn't have a big career but was nice to a kid. pic.twitter.com/FyOWgPR71d

In an interview with SlamWrestling, Powers addressed the complication of being a wrestler and the promoter, which is why he had both Martinez and Osborne as front men, doing the payoffs, issuing edicts. Here’s what he said:

I used to get heat — and I didn’t try to get heat — but I’d walk into the dressing room, and I’m already thinking, “This is match three, and the first and second matches weren’t very exciting,” and I’m pissed at myself because I thought at least the second match would start to get the crowd going. I’d be walking in, thinking it’s time to get my boots on. I never had time to socialize with the boys. Traveling, I was always really traveling with Pedro, talking about matches, or traveling with Li’l Abner Osborne, and me in the back trying to get some sleep because I wouldn’t get home until four o’clock in the morning and I’d have to get up by eight, because I had a routine that by 10 my books would be done. In other words, I’d have my numbers from last night, and I’d figure out if I was ahead or behind — Pedro taught me that. Through the day, I’d try to figure out, ‘What am I doing tonight? What am I doing next week? What am I doing with the television?’ … The responsibility was all on my shoulders, even when Pedro was my partner, he’d say, ‘Go do what you want to do, kid.’ I didn’t have time to fraternize with the boys to develop a rapport. [Johnny] Valentine, even if he was a booker, he’d still have time to get around to the guys, [Ernie] Ladd would be playing poker with them. I never had time to fraternize. Hardly anyone in the business got to know me as an individual, and therefore able to scope me out without the promoter side.

Johnson is one of the world’s experts on the Steel Belt territory, running from Cleveland to Buffalo, and offered up a thought on the Cooperstown card. “In 1972, the NWF was really big and ran a ton of spot shows. Now, they had different titlists in different parts of the territory. Abby beat Ladd for the NWF world title on June 24, 1972 in Akron (I was there). Four days prior,” noted Johnson. “And here he is on the undercard and Waldo is billed as champion. So we’ll take all of that with a grain of salt. Then they reprised the Ladd-Abby match in Utica sometime later, same interference by the Black Baron (Don Fargo).”

The card has some real top talent:

I’m also unsure of the results, as I’ve been digging, and have not found the results in the local newspaper (The Oneonta Star) or anywhere else.

Maybe it was rained out?