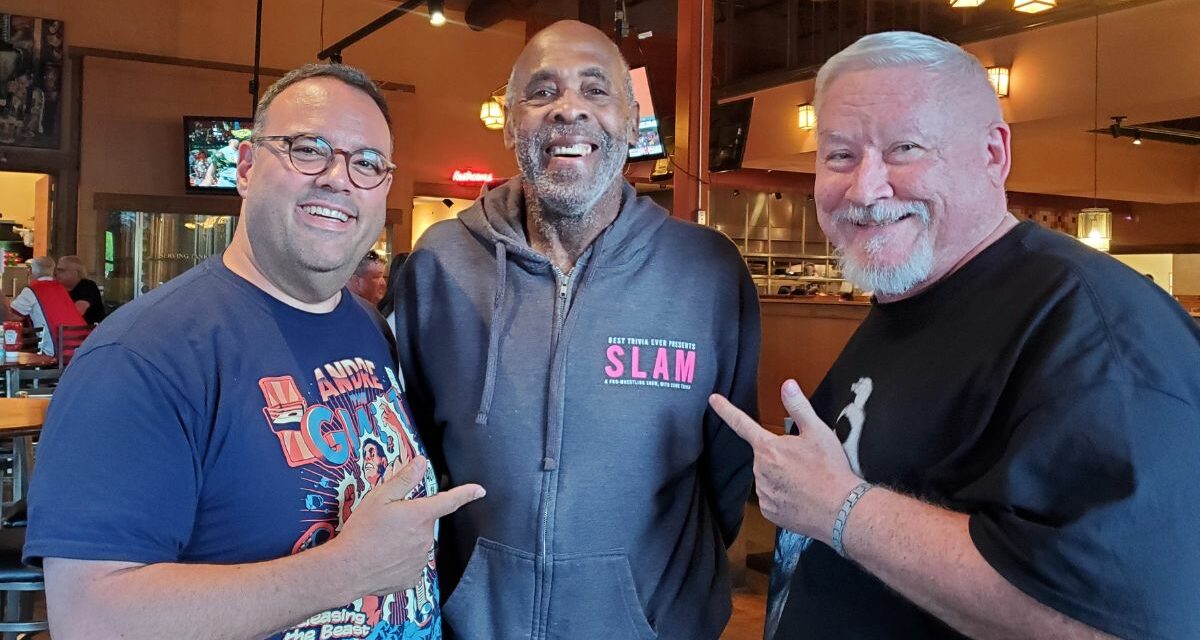 The “legend” of Mike Jones of World Wrestling Federation (don’t ever call it WW “E” in his company) is exceedingly rich in-and-around Pittsburgh. The man most well-known as Virgil is frequently spotted at a weekend flea market just south west of the city, and his traveling merchandise table has been the subject matter of a documentary DVD.

But in more recent months, Virgil’s health has been in the wrestling news. Virgil’s friend and roommate, Shawn Raneri, confirms that the former wrestler had two minor strokes, has Stage One gastrointestinal cancer (others have said stage two colon), and the onset of dementia. Friends have triggered crowd-funding to cover doctor’s bills. Meanwhile, tricksters had created a faux campaign just to besmirch Virgil and “make him a millionaire.” With all of that going on, it was time to go and talk to “Million Dollar Man” Ted DiBiase’s former muscle.

So, how is Virgil?

Several weeks ago, I called friend and independent wrestling referee Mark Charles III, completely forgetting that he had taken a day off from his day job to drive Virgil to a wrestling show and personal appearance in Sunbury, Pennsylvania. Mutual friend, Ken Jugan, a.k.a. Lord Zoltan, had got the booking appearance for both men. After it was all said and done, Charles says he officiated some matches, and Virgil was happy because he had a lot of autograph and photo business. On the way home, Charles’ SUV engine seized up and broke down about an hour outside of Pittsburgh. The two sat in a convenience store, waiting for a tow truck in the wee hours of the night. As forthright and objective a friend as in-ring official, Charles would later say that Virgil clearly had mental acuity issues and the medical issues were real (some had questioned the legitimacy of his ailments).

Jugan and Charles have taken Virgil to various outings in recent months, including an autograph signing in New Jersey that saw Jones garner more attention than an irritated Brooklyn Brawler/Steve Lombardi. After that event, Charles took Virgil to an Olive Garden because for years the wrestler has infamously promoted the breadsticks and “meat sauce.” Spoiler: None of that is real. Like those who “represent” the Iron Sheik on social media, it’s someone else penning fodder for Twitter (@TheRealVirgil), Facebook, and Instagram (@realvirgil). Virgil doesn’t own or operate a computer and he just makes calls on a cell phone. Incidentally, Raneri says Virgil actually prefers Five Guys burger joints. 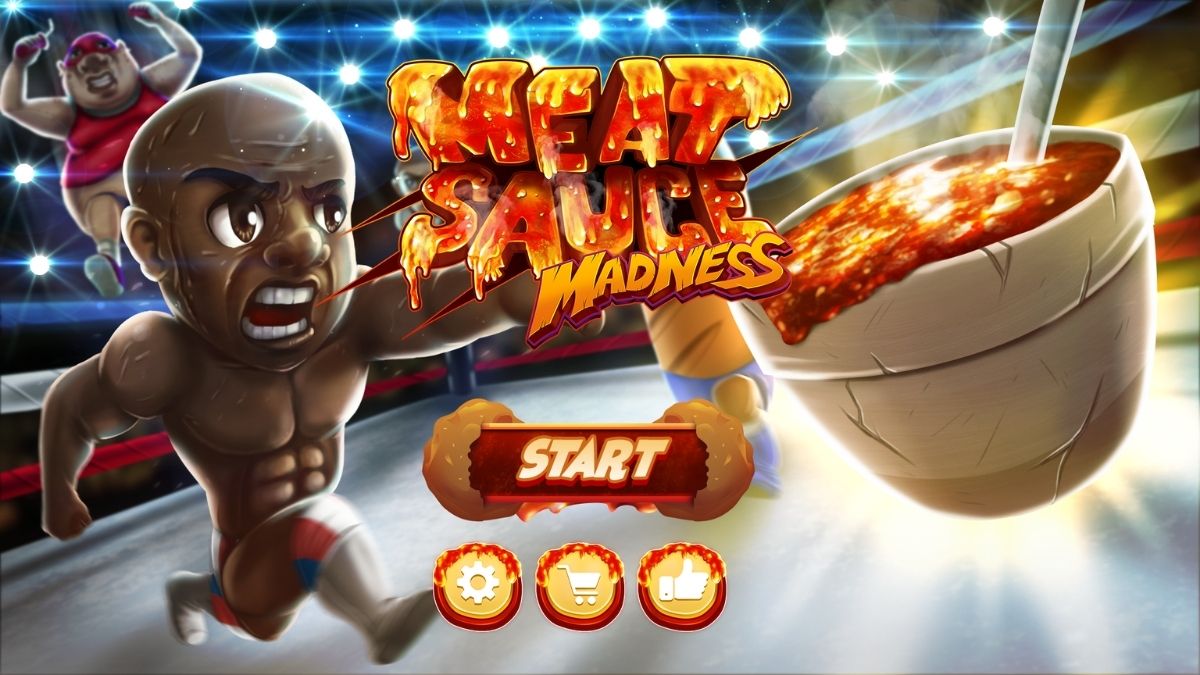 An early dinner was scheduled between the author of this piece, Mark Charles III, Ken Jugan and Virgil. The intent was to see how Virgil was mentally and physically, and to have an interview and chat. He arrived with several 8x10s to sell for $20. He was frail and couldn’t raise his arms, but he was in a good mood.

For five years, Michael Jones, born April 7, 1951 (Wikipedia and other sources have been way off), in Wilkinsburg, Pennsylvania, has lived with Raneri. Raneri, then a union representative alongside his uncle, then-United Mine Workers and AFL-CIO labor leader Richard Trumpka, happened upon and quickly befriended Virgil.

Not long after that, the wrestler, who is well-known for spending a lot of time and resources at casinos in-and-around Pittsburgh – as well as Wheeling, West Virginia – had fallen on hard times. Raneri helped Virgil, who was on the precipice of homelessness, and took him in. He’s looked after the former WWF grappler ever since.

Simply put, Virgil tells the same stories over and over. He has chatted on for years, long before the dementia diagnosis. He’s also well-known for telling extremely tall and anatomically-long tales.

Despite what he has repeatedly said, Virgil did not wrestle at suburban Monroeville high school and didn’t compile a 32-0 record at 186 pounds. The same goes for Virgil’s insistence that he racked up another 31-0 tally on the strength of 194 pounds and 240 scholarships at the University of Iowa. His father, Warren Jones, Sr., who insisted that his children get straight A’s, was not a Navy Seal; however, his mother Elizabeth might have really worked in the office at a bus company. Brother Warren, Jr. has passed away and another brother Donald is reportedly in his 80s and in a nursing home or assisted living facility, and never bench-pressed 500 pounds, no matter how much his baby brother pumped him up. Sister Antoinette Jones talks to Raneri about her brother, is well,  and lives in their hometown of Wilkinsburg.

Rumor killer: Virgil never taught math or anything else as a high school teacher.

Virgil did not start wrestling until the mid-1980s, becoming a professional athlete rather late in life. He had been working for an uncle’s loading and moving company, and entered bodybuilding competitions. It’s true that Tony Atlas was in Pittsburgh and met Virgil at a gymnasium. It was “Mr. USA” that put in a good word for Jones and soon he was in the WWF developmental system. As “Luscious Brown” he lost his first official WWF match to Paul Orndorff in September 1986. Virgil was a 35-year-old rookie. He was sent to Memphis to train. There, “Soul Train Jones” and Rocky Johnson won the AWA Southern Tag Team Championship in April 1987, and lost it 28 days later. In October 1987, Virgil lost his return WWF match to Randy “Macho Man” Savage. 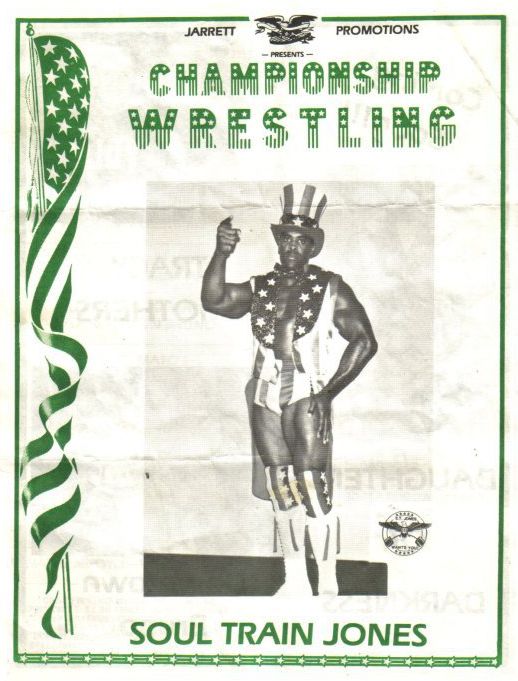 His run as Virgil – a playful jab at the real name of Dusty Rhodes, Virgil Runnells – with “Million Dollar Man” Ted DiBiase is legendary and made him a well-known figure. In 1992, as a babyface, Virgil challenged Bret Hart for the WWF championship on weekend television and looked good before tapping out to the Sharpshooter in less than five minutes. Like many, Jones jumped to WCW, where he was recast as Vincent (a shot at Vince McMahon), and he was a sidebar in the prominently featured New World Order (NWO).

Fans of ’80s WWF wrestling are well aware of Virgil’s penchant for fabrication. The “Lonely Virgil” pictures, memes and jokes are many, but ever since the health diagnosis, wrestling fans have warmed considerably to the hoodie and tracksuit-wearing retired athlete. He’s still recognized practically everywhere he goes and every interaction is pleasant. Once fastidious about his appearance, Virgil sometimes is disheveled. Raneri and others have noticed the change for the worse in his grooming habits. And he is not nearly as aggressive in selling his wares as he once was. 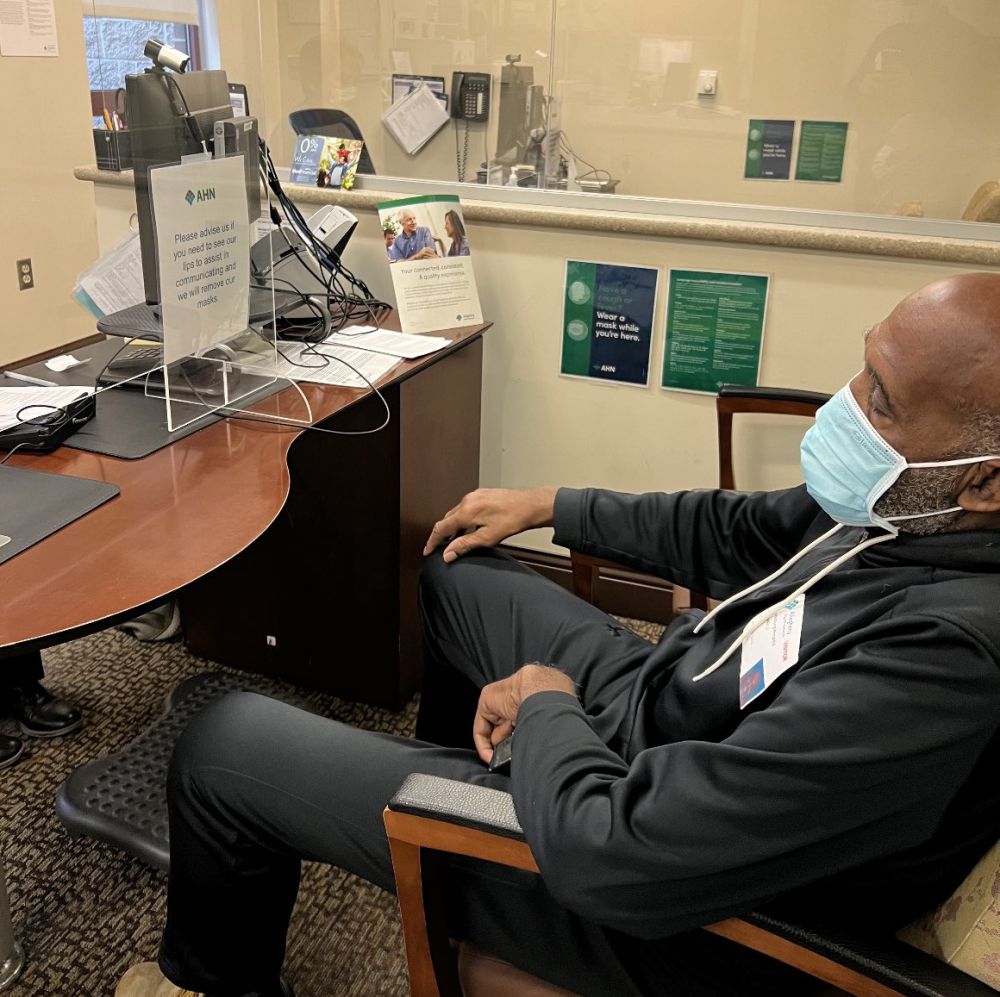 Jugan, who had retired from in-ring wrestling a few years ago due to his own health concerns, frequently travels to Ohio to visit friends and the Cleveland area’s burgeoning drag show scene. In early July, he took Virgil to four drag show outings in two days. During one of the stops, the performers pooled their tips and gave about $300 to Virgil. Raneri says Virgil doesn’t have much income besides a comparatively minimal Social Security payment, but his overhead is miniscule in their shared and modest home in rural Brownsville, Pennsylvania, about 40 miles south of Pittsburgh. Jones does not own a $400,000 home in Las Vegas as has been reported. Raneri said Virgil didn’t really understand what the drag shows were about, and sadly, he won’t remember them after a few days.

“I don’t do this for charity or to get anything from it,” said Raneri, a former college football coach who has just started a national sports and marketing development company. Virgil has reportedly called Shawn “a fan” but he’s much more than that. The two men do share an affinity for one another. 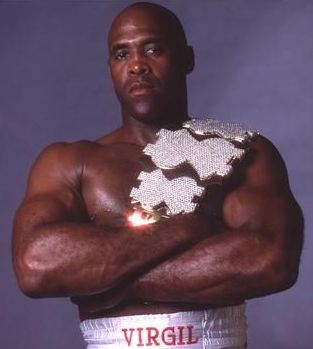 Virgil’s days don’t consist of two-mile runs as he still maintains. Due to the strokes, he doesn’t have much use of his arms, so he isn’t pumping iron or sprinting down any street. Instead, he hangs out at home, watches news, game shows “and a lot of wrestling.” He borrows Raneri’s car to “visit his brother” but onboard trackers say he’s at Wheeling Downs racetrack and casino. Social media photos with fans who run into the wrestler confirm the escapades. Virgil has damaged two of Raneri’s cars over the years.

Unfortunately, DiBiase (who has had his own financial scandals in recent years), nor any of the others Virgil speaks exceedingly highly of – including Tito Santana and Rick Martel – check in on their friend. The years of Walter Mitty-esque lies have clearly taken their toll on many of the wrestlers who knew Virgil. Raneri says Jones was a talented defensive back for Division 2 college, Virginia Union, and he hears from those teammates more often than the wrestlers.

Raneri says once in New York for a WrestleMania-season event, The Undertaker took a considerable amount of time and interest with Virgil, and Ric Flair took him to dinner and expressed any help he could. While some peers find it easy to joke about Virgil, Raneri counters that Tony Atlas and Sting have called to check on Virgil. And AEW’s Chris Jericho, who re-introduced a new generation to “Soul Train Jones” a couple of years ago, has been supportive.

While childless, Virgil often comforts and is friendly with children at signings and events. And during a WrestleMania-season event, a current WWE star inappropriately approached a woman and Virgil stepped in to defend the woman’s honor. “I was right there and I was surprised and happy to see that,” said Raneri.

Regardless, once someone gets Virgil going with his familiar stories, he is energized, enthusiastic and engaging. Again because of the arms, he sometimes stands when others are seated at a restaurant. He will drink a Cherry Coke, but insists he does not do illegal drugs or alcohol. He says he didn’t take steroids back in the WWF days; however, colleagues who admitted to their own use, refute those claims. At the recent dinner interview, Virgil stood, didn’t eat or drink a thing, but told his usual tales with all of the crass, slight vulgarities and verve one would expect.

Virgil was happy and he took his 8x10s to a comedy show, where he ultimately made a few sales.