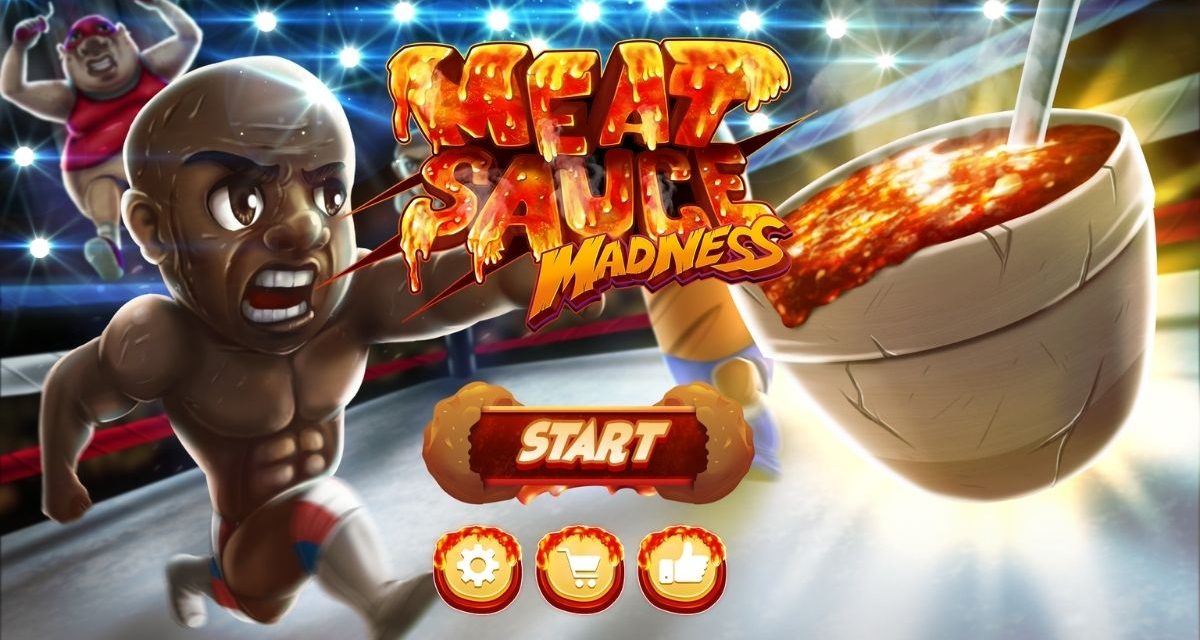 From the Million Dollar Man’s right-hand associate Virgil to the New World Order’s lesser member Vincent, Mike Jones has been subjected to pro wrestling running jokes and corporate jabs since the late 1980s. Not to mention the infamous internet meme “Lonely” Virgil and the reputation it bore, Jones’ career needed some reheating.

With a throwback to a prior name and a dash of spaghetti sauce, Jones has concocted the recipe for newfound empowerment and a menu of different aliases: “The Meatsauce God,” “The Alfredo Assassin,” and “The Breadstick Boss!”

Page Magen, a Toronto businessman and partner of Jones, offered SlamWrestling.net an insightful origin story from a few years back. “I was taking him to a really fancy restaurant in New York City — a very expensive Italian restaurant where literally Rihanna was sitting across from us and Harrison Ford was in the room,” recalled Magen.

“And I ordered a very expensive dish for him (Jones) and when it came he said, ‘What’s this s—, man? I want some real Italian food! I want a real Italian dinner like Olive Garden, man!’… So we literally left one of the most expensive restaurants in New York to go to Olive Garden where I thought we could eat enough for 11 people.”

To fast-forward through some lasagna lore, Jones’ affection towards Olive Garden became his trademark. On July 4, 2021, The Magen Group (headed by brothers Page and Jian) and Alley Cat Studios game developers launched Meatsauce Madness, a mobile game revolving around Jones and his appreciation for Italian food. It is available for free download now, on iOS and Android, at meatsaucemadness.com.

Players follow main character Soul Train Jones through various levels of grounded enemies and bosses, and by design, the game is rather simple. “Anyone can play the game: grandparents, parents, kids. It’s totally friendly for all ages,” Magen said. He compared the one-touch gameplay to Sonic the Hedgehog as Soul Train Jones sprints, jumps, and spins his way through food-themed opposition.

The Soul Train moniker actually debuted in 1985 when Jones began his pro wrestling career in Memphis, Tennessee’s Championship Wrestling Association. Though, the American-flag clad upstart probably never imagined himself taking on pizza monsters, destroying meatball aircrafts, and acquiring breadsticks as power-ups. He probably hadn’t imagined smartphones either, to be fair.

The inspiration behind creating this retro-esque mobile game of meatballs was that Jones “dines like a king when he goes to Olive Garden,” said Magen. “And so, we went with it and he loved it and he loves eating it. He’ll eat it every day.”

Jones himself did not hold back when talking about Meatsauce Madness. “My passion for guzzling beef and swallowing breadsticks whole, while being the most influential person in sports entertainment, has easily allowed me to get into gaming. Hell, if the cash is good, I would sleep with my sister.” 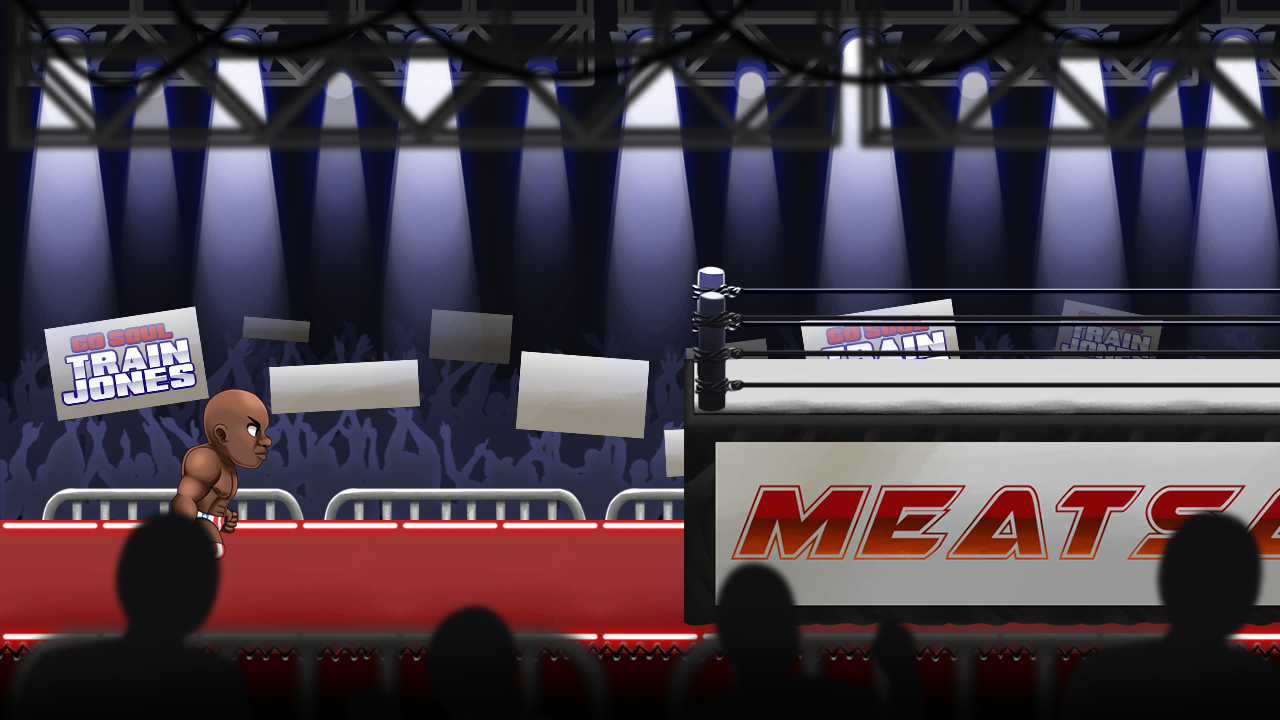 But to assert that Jones’ banner headline of “Virgil, wrestling superstar” attracted droves of fans into meet-and-greet conventions would be some bologna.

His autograph booths were so habitually barren that radio personality Sam Roberts coined the popular nickname “Lonely” Virgil back in 2012. And the legendary memes that followed are either funny or sad depending on interpretation. Well, actually, they’re pretty hilarious.

Jones, however, has a differing and unique perspective regarding the meme: “Hell, man. I was never lonely. I was just out there trying to make a buck. Being the slave of a guy on TV didn’t necessarily allow me to make a living off of my TV time, so I had to be creative. Since I am a genius, I went to the Comic-Cons — well before anyone did. Now look, I have made my industry so much money.”

He’s reconnected with Roberts on-air numerous times, and the latter is even portrayed in-game as side character Sam Robertson — who is differentiable from Sam Roberts by the strong hairline. Other quirky doppelgängers such as Chris Generico make brief cameos as well.

And speaking of which, you’d be remiss not to give Chris Generico — or Jericho, rather — a “thank you” for helping propel Soul Train Jones into modern internet legend. On the November 27, 2019 edition of AEW Dynamite, Jones was the special guest host of Jericho’s “Thanksgiving Thank You Celebrashon” in Chicago, Illinois.

It was Jericho’s parodic video package on the November 6, 2019 edition of AEW Dynamite where he really forged his viral resurgence. Jones gave some priceless talking head commentary — specifically the line, “Chris Jericho’s talent is like the Olive Garden breadstick: unlimited.” 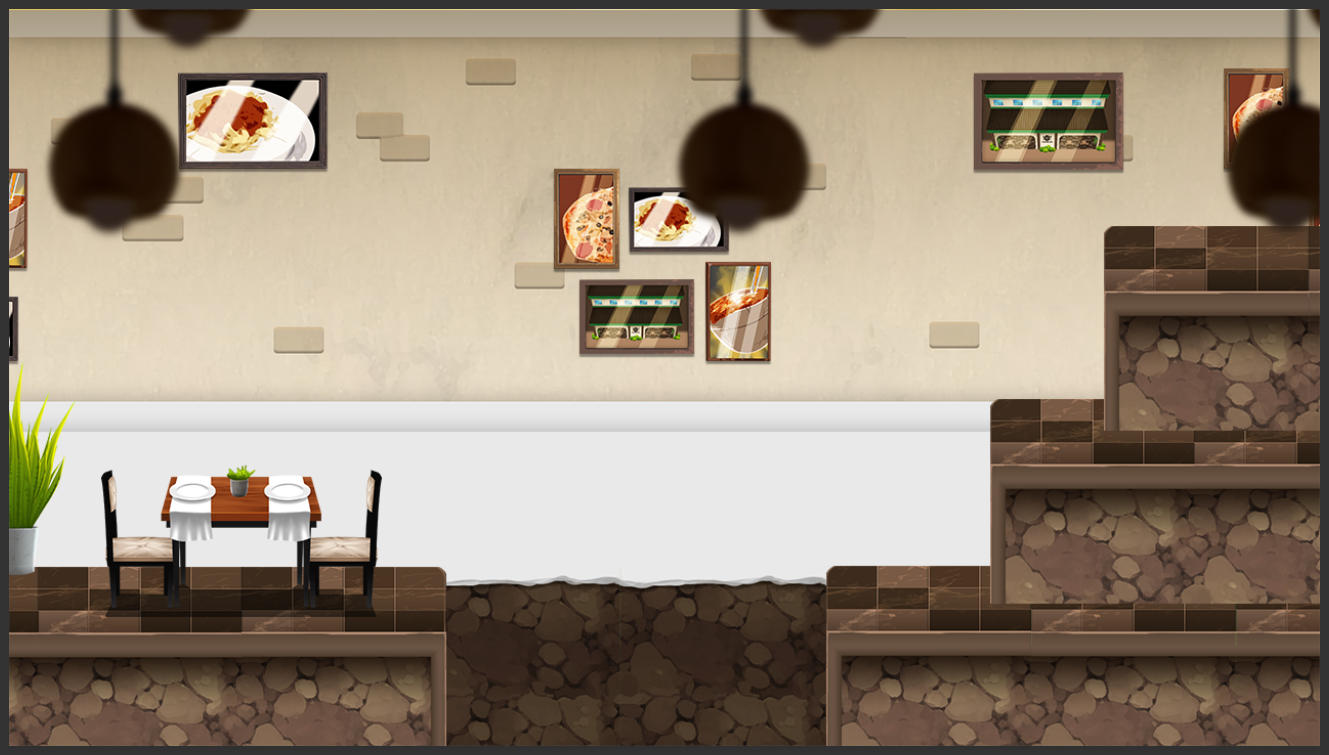 Like DDP Yoga to an aging hippie, Jones’ love of breadsticks and meatballs gave “Virgil” a second chance. ”As I started working closely with him, I really wanted to erase the ‘Lonely’ Virgil stigma,” admitted Magen. “(He was) in the mix with Hulk Hogan, Andre the Giant, Ultimate Warrior, Randy Savage, and Ted DiBiase… If we could celebrate a guy that’s busted his ass for the industry and support him in the smallest of ways, it’ll help him live another day.”

Magen said that Meatsauce Madness could potentially “allow for other wrestlers to essentially get creative and create an opportunity for them to find gaming in their business strategies.”

And while the Italian-food connoisseur gimmick change is seemingly an ingenious business strategy, Jones legitimately loves his Olive Garden. “Olive Garden is the greatest delicatessen ever,” Jones raved. “From the first bite to the bathroom; it goes in and out like a fountain of youth. It allows me to focus on the taste buds and making money. I am blessed to say I love every meal on their menu!”

For something designed to feed a niche pro wrestling angle, Meatsauce Madness is actually pretty excellent. Now, the graphics or gameplay is nowhere near groundbreaking, but it’s an enjoyable, well-done mobile game. It runs smoothly, there are little-to-no glitches, and the wrestling-food infused characters are very creative.

There’s just one glaring issue: every consecutive level is locked behind set virtual currency (in-game cash acquired through levels and mini games), which is quite literally a turn off. The focal storyline of Soul Train Jones defeating archenemy Meatball Barian is intriguing enough without the annoying cash grind. But I suppose the pay-to-play mantra stays true to Virgil — even when the Meatball Barian is running wild.