BOSJ: Two rise to the top of A Block 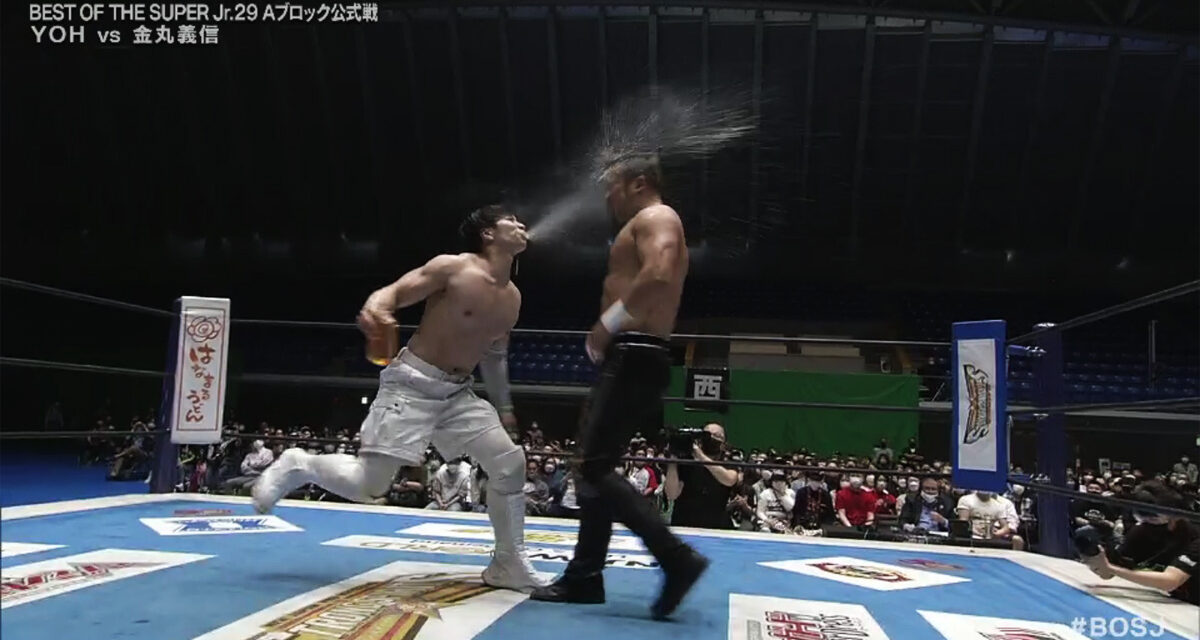 Just like El Phantasmo and El Desperado have in A Block, Hiromu Takahashi and Taiji Ishimori now sit atop A Block. Both have six points leading Ace Austin, Alex Zayne and Yoh by two points. Ishimori beat Zayne in their match and Takahashi defeated Austin in their bout.

Ishimori made short work of Zayne dropping him with a La Mistica and making him submit to the Bone Lock.

Takahashi did his homework. He caught Austin as he was attempting his Fold finisher powerslamming him to the canvass. A Victory Royale and a Time Bomb pinned him. 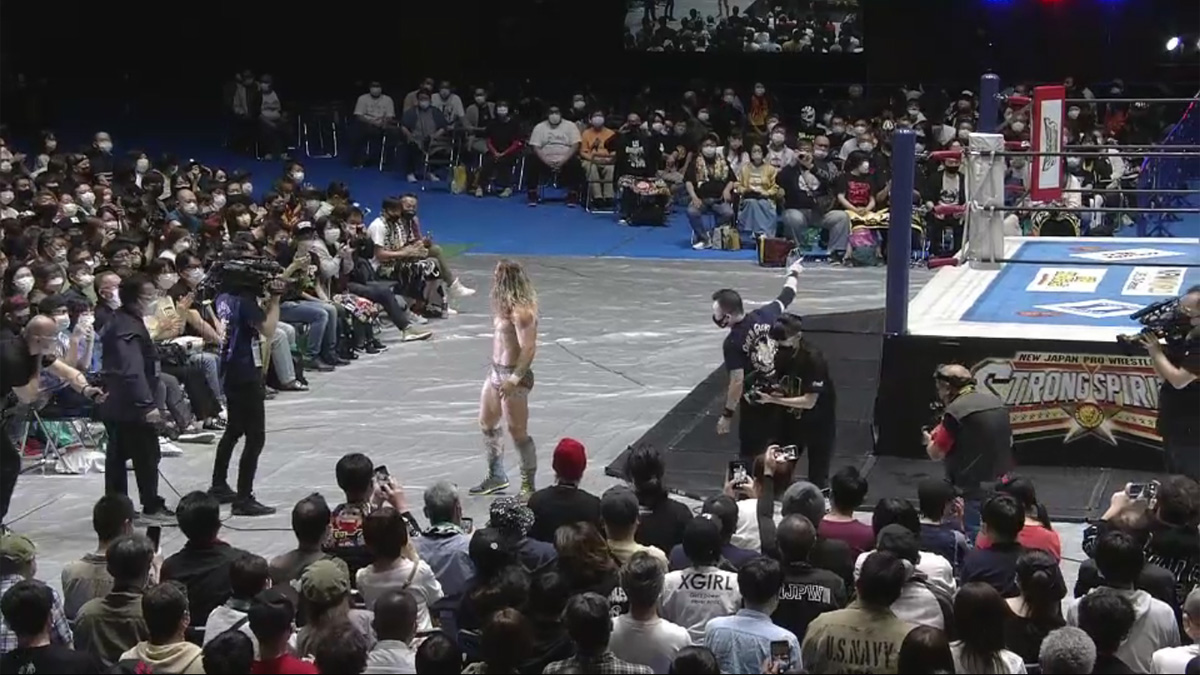 NJPW is granting the Super Juniors plenty of room to work their magic. Courtesy: NJPW.

The tournament continues on Sunday, Tuesday, Wednesday, Thursday and Saturday of this week. The finals are on June 3rd.

Clark Connors versus Sho – BEST OF THE SUPER Jr. 29

Sho attacks Connors from behind as he makes his entrance. Sho smashes his head onto the corner of the ring. Connors spears Sho on the floor. Sho wails on Connors with a steel chair and isn’t disqualified. He takes Connors for a walk slamming him into a concrete wall. Sho throws Connors into the official so he can retrieve his wrench. The official grabs ahold of the wrench. Sho shoves him to the mat. Still no disqualification. Sho kicks Connors in the “lower abdomen” and rolls him up for the win.

Ryusuke Taguchi versus Francesco Akira – BEST OF THE SUPER Jr. 29

Taguchi pins Ryusuke with his sit-down pin. A frustrated Akira lashes out at some Young Lions.

Yoh versus Yoshinobu Kanemaru – BEST OF THE SUPER Jr. 29

Kanemaru pushes the official into Yoh. He grabs his whiskey bottle from the corner. Yoh pulls it out of his hands, takes a swig and spits the whiskey in Kanumaru’s face. Yoh super kicks Kanemaru in the face and gets the three count with a Direct Drive.

Ace Austin versus Hiromu Takahashi – BEST OF THE SUPER Jr. 29

Alex Zayne versus Taiji Ishimori – BEST OF THE SUPER Jr. 29