SmackDown: The Bloodline take all the gold! 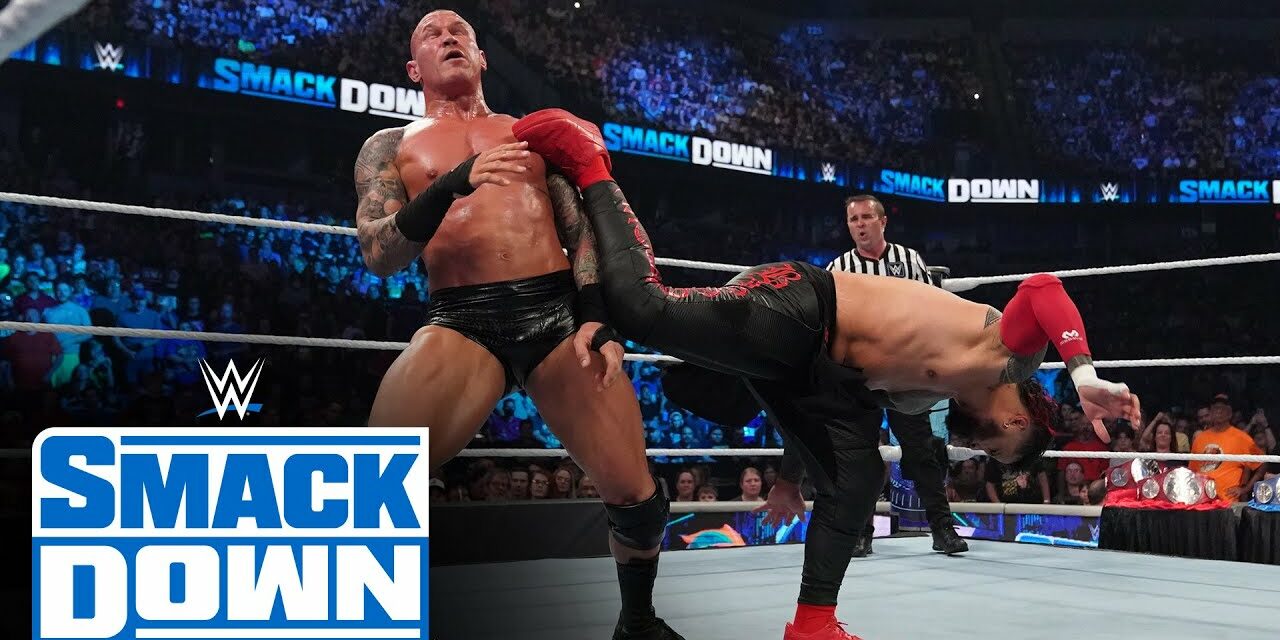 Personally, I’ve been waiting for some time now since they announced the Tag Team Unification match to become a reality. Now, the wait is over. And I’m scared to be honest, but we must crown somebody.

Paul Heyman graces us with his weasel-like presence to say praise where it is due towards the Usos for being one the best tag champs in history. The only time I’m fine with Heyman talking.

“They have to be relevant! They can’t be yesterday’s news.” Heyman said. The Usos must come home with the Raw Tag Team belts, or they shouldn’t come back to “the island of relevancy at all,” according to Heyman. It isn’t enough that Jimmy and Jey are Roman Reigns’ cousins; they must go further. Although, I must remind people that the Usos were a force to be reckoned with long before The Bloodline formation, so Reigns’ presence shouldn’t defy their performance. Just something Heyman should take note on.

You know, I didn’t take Paul Heyman for a little creeper, but he is with that Bray Wyatt grin attempt he does earlier tonight while staring at the camera. Scary.

Anyway, I was in complete awe when Roman said that the reason why he has expectations for the Usos to win against RK-Bro is because he loves them. I didn’t see it coming, especially the hug, but I’m glad it did. When men admit they love each other’s friendship, it’s beautiful.

Was I the only confused one when they filmed Sami Zayn backstage cheering for The Bloodline? If I’m not, good. I thought this whole “taking on a new member” was obviously temporary. Oh well. Have fun for now, Zayn.

For someone with so much paranoia and excuses, Zayn is seen a formidable athlete. I’m not too sure about that, but I suppose the facts are there. Pat McAfee thinks that it’s annoying having to listen to Zayn’s lack of sanity all the time, and have Sami concentrate on getting better for a change.

Zayn yanks Nakamura by his hair to the middle of the ring before delivering multiple punches to Shinsuke’s face.

Nakamura’s legs are amazing weapons as he uses them to slide kick Zayn to his face causing a loud thud that left me breathless. Shinsuke prepares himself to perform his ‘Kinshasa’ move only for Zayn to exit the ring again. Running away like the little mouse he is. But what came as to no surprise was that Zayn shocks Nakamura by flipping him upside down and plummets him in front of the announcement table outside the ring, hoping for a count out win. I kept yelling at the screen for Nakamura to get up since Sami already did this before. Don’t let the sucker succeed.

And Nakamura doesn’t as he races back into the ring in time. He pushes Zayn into the ring pole then throws him past the barricades as a reverse plot for a count out win like Zayn does. Unfortunately, Sami manages to come back, yet gets the ‘Kinshasa’ move to the face from Nakamura for the win.

It’s time for what? Happy Talk or Nappy, whichever one makes you guys happy.

Corbin still believes that Madcap Moss had it good as his protégé, eating steak, flying in on a private plane and whatnot. But who cares about that, right? You don’t see the rest of us whining.

“Maybe I am the Big Bald Wolf because I huffed, and I puffed and I put Madcap Moss in an ambulance.” said Corbin. I can’t believe he actually said that. I laughed with tears in my eyes that he thinks he’ll be taken seriously after such a display.

He proceeds to grabbing Moss’ Andre the Giant Battle Royal trophy and smashes it against the steel stairs. Typical Corbin behaviour.

Further down the evening, Gunther and Drew Gulak had a moment of fisticuffs in the ring. Gunther misses the chance to slap Gulak’s chest as he moves out of the way and punches Gunther, which pisses him off and lands a boot to Drew’s face.

Gunther power bombs Gulak for a win, but the festivities aren’t over yet as Gunther twists Drew onto his stomach while holding on to his legs in sits on his back while Drew whales in pain. After Ricochet attempts to boost Drew’s spirits last week following his loss against Gunther, our Intercontinental Champion comes to release Gulak from further agony.

During this crushing period, I sensed a match-up coming on between Gunther, Ricochet and Drew Gulak. Was it just me?

Backstage, Kayla Braxton welcomes RK-Bro for an interview about their upcoming match against the Usos. Randy Orton is sure that the Tag Team twins weren’t confident, but sweating in fear that they will lose. They’ll look up at Roman in shame is what Orton thinks. We’ll see.

A new arrival descents on SmackDown, and his name is Max Dupri. He bumps into Adam Pearce and introduces himself while Pearce remains confused because Sonya Deville welcomed Dupri, and Pearce wasn’t aware. The only concern I had during that interaction was how close these two men were to each other’s lips. “You’re so close,” said Dupri. Exactly that.

Shotzi was one of the contestants who wanted to take Ronda Rousey up on her challenge for the SmackDown Women’s Championship, yet she got set aside by Rodriguez and Aliyah. Now, she must endure everything Rousey had from last week.

Raquel keeps a hold on Shotzi’s hand as she shoulder slams her onto the mat then smacks her arm backwards. Backstage, Los Lotharios, Xia Li, Natalya, Shayna Baszler and Aliyah are watching this match to see what Raquel Rodriguez is about as Shotzi lands a kick to Rodriguez’ face.

Rodriguez uses her impeccable strength to lift Shotzi and throws her backwards twice over her head. She forces Shotzi to the corner of the ring before jumping from the second rope and land onto Shotzi’s stomach.

Rodriguez grabs Shotzi and lifts her up again with one hand and plummets her to the mat for the win. How can you not be impressed?

Butch runs towards Xavier and misses as Woods returns fire with a punch and kick to Butch’s face.

Woods’ pecs were moving on their own. That freaked me out. I hate when men do that. Yeah, I’m looking at you, Dwayne Johnson.

Butch loves the idea of mangling a person’s body into abnormal positions like he does with Woods by trying to get him to tap out.

As Butch pounds away at Xavier’s head then gets pulled by the referee, Woods takes that opportunity to roll Butch up for the win.

What the actual hell is going on with Naomi and Sasha Banks? Apparently they were suppose to be apart of a 6-way women’s challenge for the opportunity to face the RAW Women’s Champion, Bianca Belair, but they left their Tag Team Championships in the officials’ office and walked out.

Due to this shock, Naomi and Banks are suspended indefinitely and there will be a match to determine who will be the next Women’s Tag Team Champions. Again. What the actual hell?

What I’ve been longing for all night. YAY!

The only things to really note during this match was that Riddle was about to ‘RKO’ Jey from the top of the turnbuckles until Roman Reigns secures Jey’s legs as Riddle goes tumbling down.

While Riddle lays there, Jey jumps and lands onto of his opponent’s stomach for the win.

Clearly it wasn’t enough, so Roman stomps into the ring to beat Riddle’s ass for last week’s knee to his face leaving the twins to ‘Super kick’ Randy Orton. We then find Riddle somewhat out of it on the announcement table, Jey climbs the top of the rope and crashes onto Riddle. During this act of rage, the camera zooms into the audience as you see confused and crying children. I dare say I laughed so hard that I felt my ribs crack.

Pat McAfee and I were probably a few of the people actually enjoying the chaos.

Winners: The Usos, the Undisputed Champions