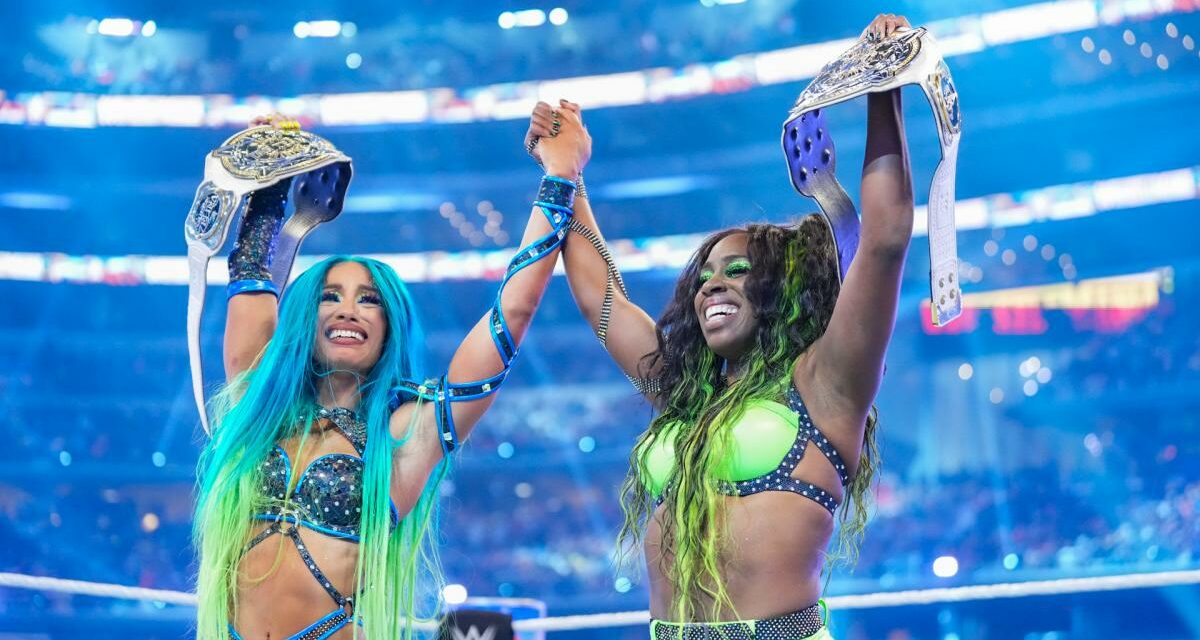 On tonight’s edition of Smackdown the WWE took formal action against Sasha Banks and Naomi for their walkout on Raw this week.

Right before the main event of the evening lead commentator Michael Cole announced that both superstars were “suspended indefinitely”.

Banks and Naomi have also been stripped of their titles and a tournament will be held to crown new WWE Women’s Tag Team Champions.

“Their actions disappointed millions of WWE fans and their fellow superstars,” said Cole.

Coinciding with Cole’s statement both Banks’ and Naomi’s merchandise is no longer available from the WWE Shop online store.

After disagreeing with the way they were being booked, Banks and Naomi surrendered the titles and walked out of Raw before their main event match with Becky Lynch, Doudrop, Nikki A.S.H. and Asuka.

The WWE released a statement that evening.

“During the broadcast, they walked into WWE Head of Talent Relations John Laurinaitis’ office with their suitcases in hand, placed their tag team championship belts on his desk and walked out. They claimed they weren’t respected enough as tag team champions. And even though they had eight hours to rehearse and construct their match, they claimed they were uncomfortable in the ring with two of their opponents – even though they’d had matches with those individuals in the past with no consequence,” said the WWE.

Neither Banks nor Naomi have made any public statement about the situation as of yet.