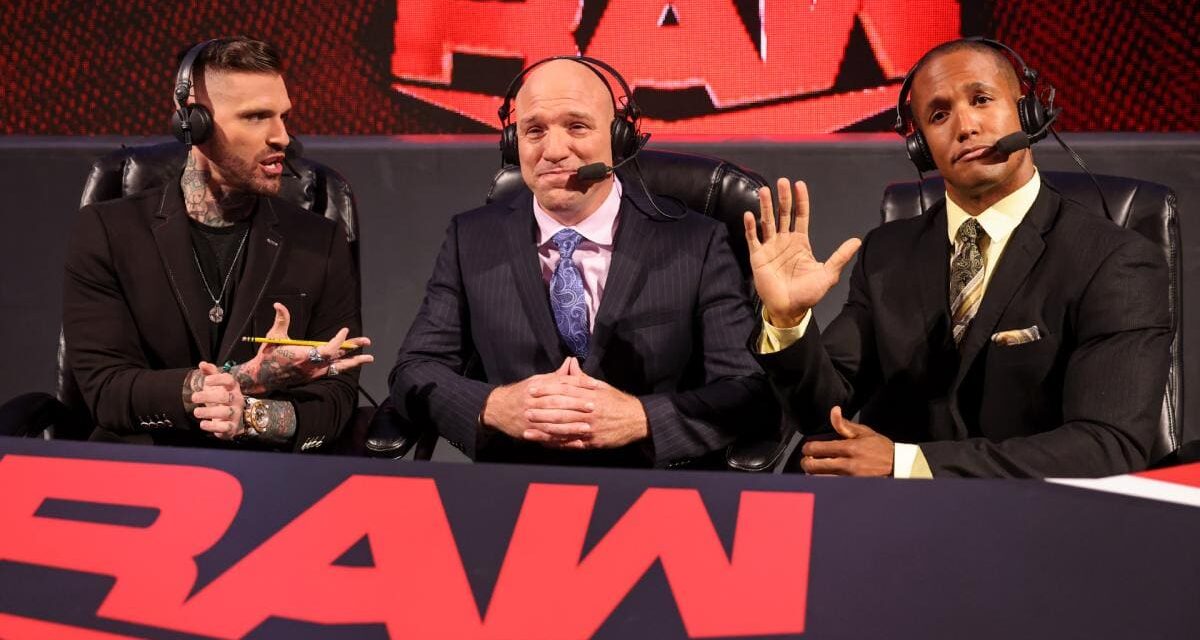 WWE announcer Jimmy Smith spoke on his Unlocking the Cage podcast about Sasha Banks and Naomi walking out on Raw on Monday.

First of all, he wants fans to know it is definitely not part of a storyline as some fans suspect.

“This is not a work. This really actually happened. From everything — I wasn’t there, I was calling the show — I’ve been told, everything the WWE is saying happened. Now obviously there are many sides to a story. I don’t know why Naomi and Sasha Banks walked out. I’ve heard rumors but I’m not gonna repeat them just because it’s innuendo,” he said.

Smith reiterated his point later on in the show.

“I don’t kayfabe here. You’ve noticed that. If there is an angle that I can’t talk about I just won’t talk about it. I’ll never tell you something is real that is part of an angle or a gimmick or a work. I won’t do that on this show. This show is not about that. It’s about the workings of pro wrestling. Sometimes we do cover pro wrestling but I don’t kayfabe here. I won’t tell you a WWE angle as if it is real on this show if it’s a gimmick. I won’t do that to you. If it’s something I can’t talk about I just won’t talk about it. What I’m saying is that when I talk about the WWE on the show, you can trust me. I will not push an angle. I will not push a gimmick,” he said.

Smith stated that the WWE would never deliberately announce a main event at a live event and then cancel it for an angle at the last minute saying that would require them to change graphics, segments and timings.

“What’s upsetting to the people behind the scenes on this one is they advertised the main event. I got up there on a microphone and Corey Graves to my left said…’Tonight, six-woman tag team match’…and then we sat down and we, meaning the WWE, all of us, couldn’t deliver that main event. Not happy about that,” he said.

Smith explained the WWE released a public statement so quickly in order to show they were not putting a spin on what happened and that the actions of Naomi and Banks affected everyone who works on the show.