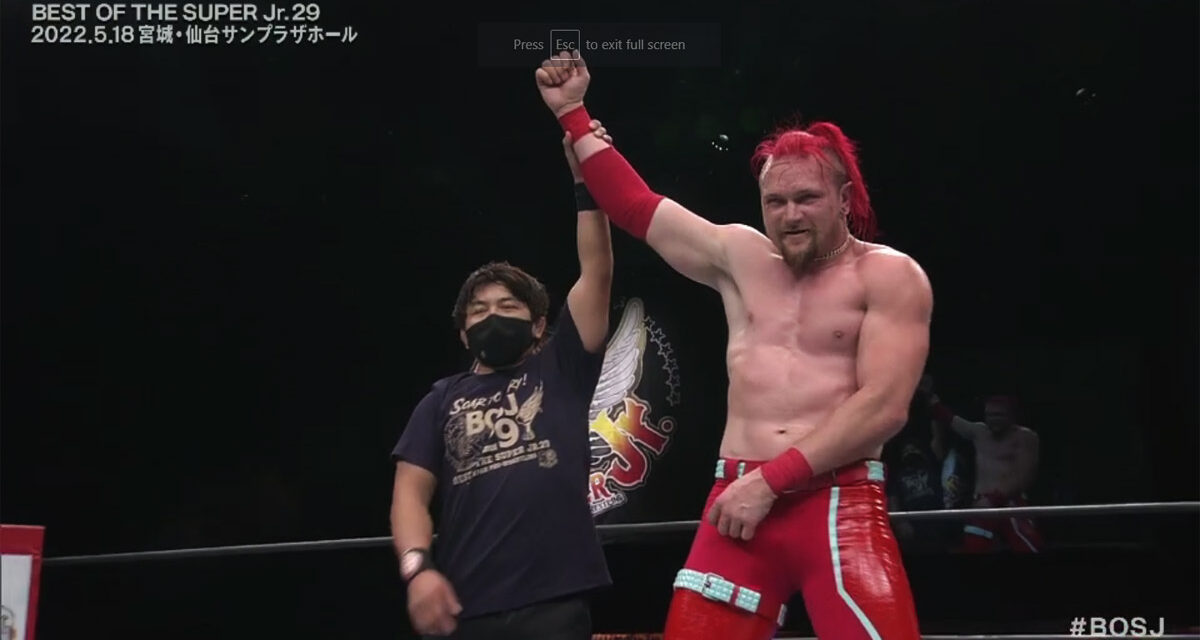 Four A Block entrants have begun to pull away from the pack in the Best of the Super Juniors tournament. Ace Austin, Hiromu Takahashi, Alex Zayne and Taiji Ishimori have all now won two matches in a row. Yoh, got his first win by defeating by defeating a Clark Connors, who is making his mark in the tournament with fantastic performances despite not having won a match yet.

Alex Zayne, formerly Ari Sterling in the WWE, was not only very impressive at RoH’s Supercard of Honor XV when he took on Swerve Strickland but has been in the tournament thus far too. Zayne got his second win by defeating the Sho despite some shenanigans from the House of Torture member.

Sho damaged Zayne’s arm earlier on by wrapping it around a steel post. Dick Togo came down to the ring distracting the official. Sho retrieved his wrench but missed his swing at Zayne. Zayne shoved Sho into Togo knocking him off the apron. Injured arm and all, Zayne pinned Sho with his Taco Driver.

The tournament continues tomorrow and Saturday. The finals are on June 3rd. 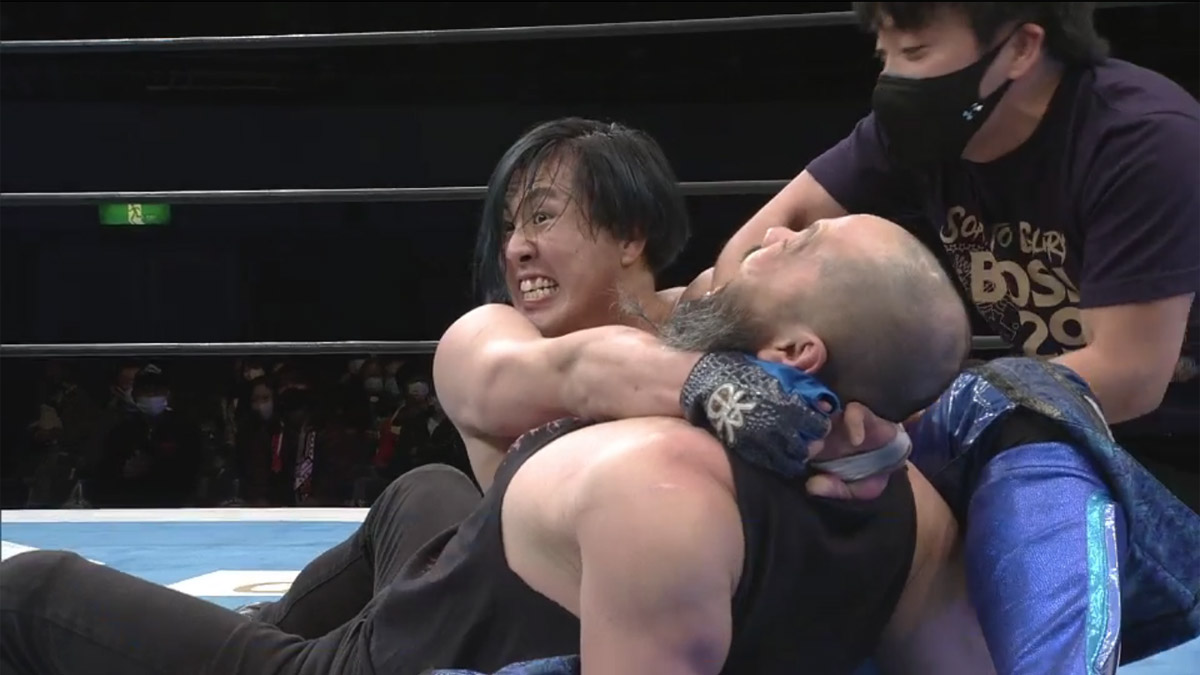 Wato gets the win. Courtesy: NJPW.

Eagles spikes Taka with the Turbo Backpack. Yuta splashes him for the three count.

Yoh versus Clark Connors- BEST OF THE SUPER Jr. 29

Ace Austin versus Yoshinobu Kanemaru – BEST OF THE SUPER Jr. 29

Austin cleans Kanemaru’s clock with a series of strikes and The Fold for his second win.

Alex Zayne versus Sho – BEST OF THE SUPER Jr. 29

Ryusuke Taguchi versus Taiji Ishimori – BEST OF THE SUPER Jr. 29

Taguchi once again pulls down his pants and tries to pin Ishimori with his butt. Ishimori reverses things pinning Taguchi instead.

Hiromu Takahashi versus Francesco Akira – BEST OF THE SUPER Jr. 29

Although the impressive Akira puts up a great fight it is Hiromu who is victorious with Time Bomb 2.