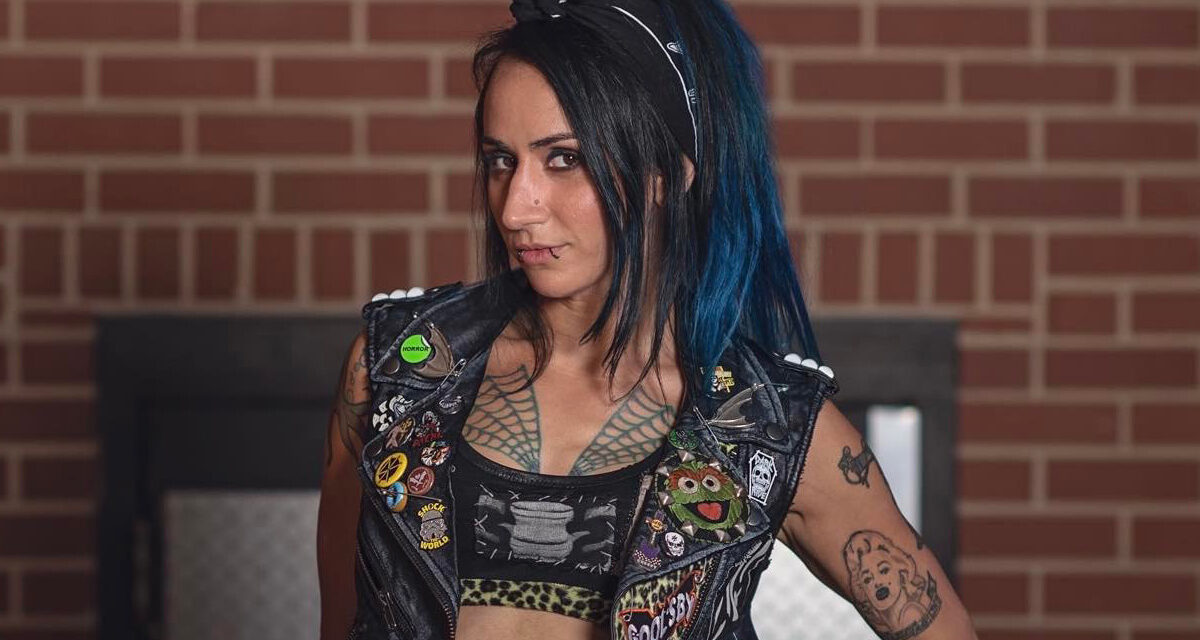 Christina Von Eerie had accused Chris Dickinson of abuse as part of the #Speaking Out movement and now lawyers from both sides have gotten involved.

Dickinson has publicly denied the allegations.

In documents obtained by Slam! Wrestling, Dickinson’s lawyers issued a cease-and-desist letter dated May 4th, 2022.  In it, Dickinson’s lawyer, David Lin, writes to Von Eerie stating, “This letter is to demand that you (1) delete your social media posts as identified below, (2) stop from further making or publishing any untrue or defaming statements about Mr. Torre anywhere, including your social media, to damage his reputation, career, and Personal life, (3) stop from harassing Mr. Torre or any of his professional associates to further damage his business opportunities.”

Mr. Lin continues to dispute Von Eerie’s claims in the letter, including the allegations of Dickinson’s relationship with Gabe Sapolsky and Dickinson discarding her belongings.  It also states that Dickinson “never engaged in any forms of abuse, whether physical, verbal, or mental.”

The main focus of the cease-and-desist is that, according to the letter to Von Eerie, “Your false statements accusing Mr. Torre are particularly damaging given that they are openly published on different social media.”  It also notes that Von Eerie’s remarks caused Dickinson to pull out of wrestling bookings like Game Changer Wrestling (GCW) and threaten his career with New Japan Pro-Wrestling (NJPW).

The letter concludes threatening legal action if the cease and desist order is not complied with.

Von Eerie’s attorney, Andre Verdun, has responded to the order.  In a letter, Verdun notes that “The ‘Speaking Out’ movement could be described as “folks in the professional wrestling industry, who have been victimized by sexual assault or violence by someone else within the industry, speaking out about their experiences and against continued victimization in the industry.”

Verdun disputes Lin’s claim, stating that “communications that are published in public internet forums, such as Facebook, Twitter, etc., are communications made in a ‘traditional’, or ‘quintessential’, public forum.”  Verdun cited the 1939 Supreme Court case, Hague v. Committee for Industrial Organization, as he compares social media to a public meeting in a town square or a local park.  The case held that such places “have immemorially been held in trust for the use of the public and, time out of mind, have been used for purposes of assembly, communicating thoughts between citizens, and discussing public questions. Such use of the streets and public places has, from ancient times, been a part of the privileges, immunities, rights, and liberties of citizens.”

Verdun also noted that Dickinson is a public figure because of the nature of his work in professional wrestling.

“Therefore, he is not entitled to the normal protections under the common law for private individuals who have had private facts exposed about them, about a matter of private concern,” states the letter.

The letter concludes with Verdun instructing Lin to ensure his client preserves all evidence, as he is doing the same with Von Eerie.

As of press time, there has been no recent communication from either party to date.